New versus old: Why you don’t want to crash in a very second-hand car

Older cars crash more, statistics show.  But as Australia’s road safety watchdog has demonstrated in a chilling new-versus-old crash test of Australia’s best-selling passenger car, the outcome is much, much worse for the older car.

The Australasian New Car Assessment Program (ANCAP) is an independent road safety group charged with building awareness about the crashworthiness of cars on our road. It has taken two base-model Toyota Corolla five-door hatchbacks – one built in 1998, and the other in 2015 – and smacked them together in a demonstration of just how much passive safety has advanced over 17 years. 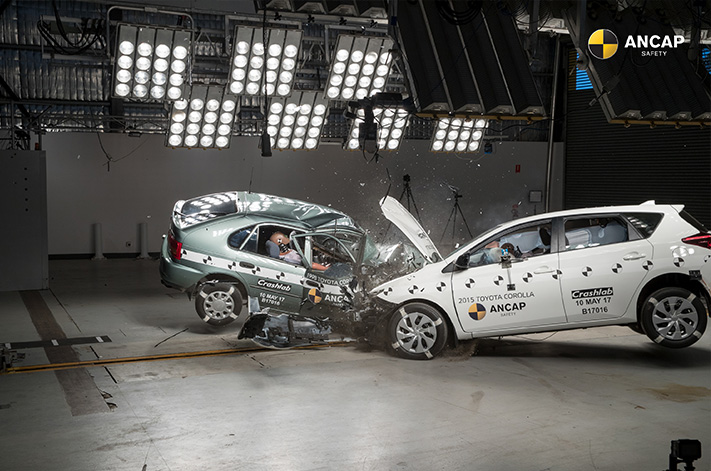 The 64km/h speed at which the test was conducted represents what ANCAP calls a small overlap, the most common type of crash where one vehicle starts to turn into the path of another.

It wasn’t good for the 1998 Toyota Corolla. “The older car sustained catastrophic structural failure with dummy readings showing an extremely high risk of serious head, chest and leg injury to the driver,” ANCAP chief executive James Goodwin said. “It achieved a score of just 0.40 out of 16 points – zero stars.” 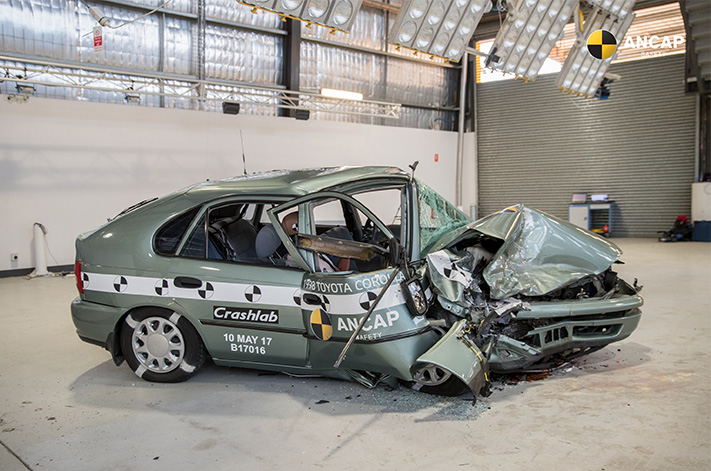 ANCAP has no used car rating for the 1998 Toyota Corolla.

The 2015 Toyota Corolla, meanwhile, held up well, scoring 12.93 out of 16 points to give it the equivalent of a five-star crash rating, Goodwin said. That generation of the Corolla earned its current five-star used car rating from an crash test performed 2012. 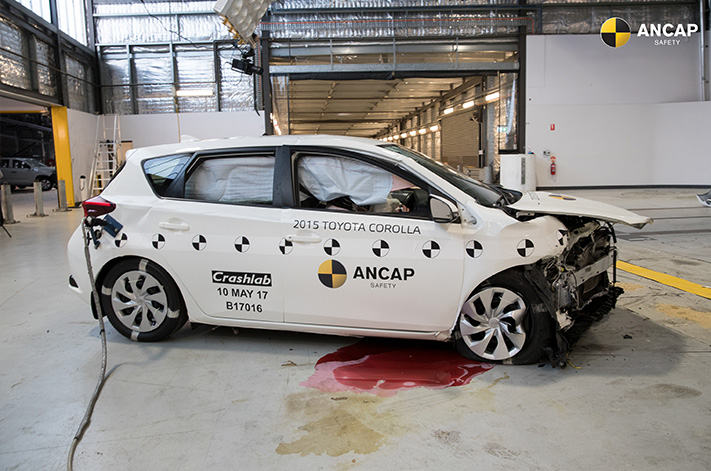 ANCAP’s test mimics that of the US-based Insurance Institute for Highway Safety, which almost a decade ago celebrated its 50th anniversary by crashing two Chevrolet Malibu sedans – one built in 1959 and the other built in 2009 – into each other.

It’s also nowhere near as bad as crash test footage showing a 1978 Holden VB Commodore colliding with a concrete block at 100km/h, where the engine bay and passenger cell collapsed to as far back as the boot. 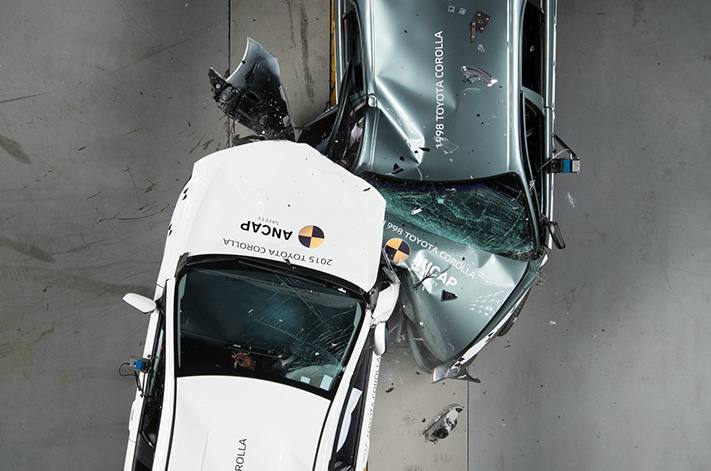 The Australian Bureau of Statistics’ latest census shows that as at January 1, 2016 there were 18.4 million registered motor vehicles on our roads – 13.8 million of them were passenger cars – and that number was growing by 2.1 percent.  The 2017 census results are due in about July.

Last year was a record run for Australia’s new vehicle sales, with the market rising 2.0 percent year-on-year to post a combined 1.178 million sales.

Road safety experts are concerned by a rise in the national road toll to 1193 deaths last year, the second successive rise the toll has made since 2014, and despite new cars becoming even safer.

Over the first four months of this year the national toll has fallen more than 13 percent to 372.