Mobile phones are one of the biggest distractions for motorists, but Victoria Police are looking at technologies that could reduce the figures.

Victorian Police are considering new technologies to get motorists to put down the phone while driving.

A new high-tech device being used in New York, dubbed the textalyser, could be used in a similar way to breathalysers, in a bid to reduce the number of motorists using a phone.

The plan is the latest in a string of attempts by Police to reduce the number of incidents caused by using a phone while behind the wheel, which is one of Australia’s biggest accident-causes along with people not wearing seatbelts and drunk-driving.  An alarming number of 34,000 Victorians were caught using a mobile phone while driving last year. Disturbingly, inexperienced L and P-platers were among the worst offenders.

The test analyser system – created by Israeli company Cellebrite – scans a mobile phone to see if it was being used at the time of an accident, but due to privacy laws, it’s unable to identify the specific content. It can also scan for web browsing, as well as call and message logs. 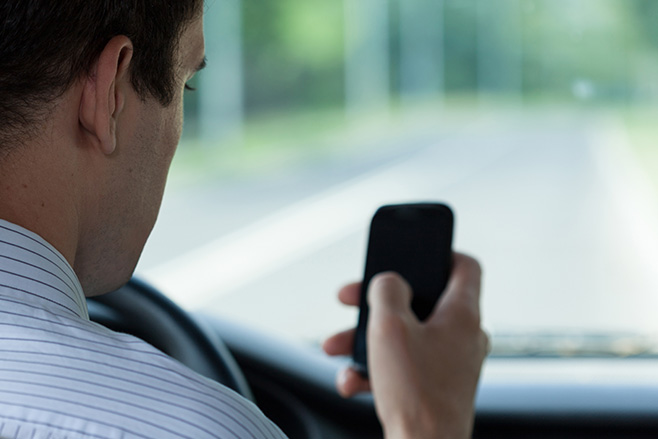 “All of our state-wide operations have a mobile phone component, as do regular police patrols. The recently launched Operation Motus (which targets motorcyclists) has had a particular focus on mobile phone use behind the wheel,” a spokesperson for the Victoria Police said.

“Distracted motorists pose particular dangers to vulnerable road users and patrolling on motorcycles gives us a great vantage point to see what motorists are doing behind the wheel.”

At this stage, the authority has said there are no concrete plans to bring the device to Australia but it is always considering new technologies to make the roads safer.

“We are interested in anything that could support us in our road to zero lives lost on Victorian roads. We are constantly assessing technologies from all over the world to advance our road policing efforts.

“Victoria Police continues to explore methods of detecting people breaching the road rules and using mobile phones is no different.”

Currently, the penalty for using a mobile phone or other visual display units while driving in Victoria is a $455 fine and 4 demerit points.