Counter-intuitively, the most frightening moment of having a car accident isn't the instant of impact; it’s those long, drawn-out seconds before the awful crunch of collision.

People say that time seems to slow to a horrid crawl in those moments before impact.

This time dilation occurs due to the time you spend, post-accident, analysing those final seconds, and cross examining yourself about what you could have done differently – the recollection of the event is stretched across your memory.

Watch this: Wondering what an NCAP zero-star car crash looks like? Well, it’s horrifying to watch

What is certain is that you always seem to have enough time to consider whether it’s going to hurt or not, and to experience a little fear flip in your stomach over that possibility.

In my recent car-crash experience, I had time to rue the mistakes that had been made, ponder the size and weight of the semi-trailer bearing down on me and attempt to calculate how many of my bones were going to survive intact. But all this thinking happened at once, and very, very quickly (A quick word of advice; if you’re going to be in a crash with a semi-trailer, try and do it in a Citroen C4 Grand Picasso, because they’re so solid you can drive away afterwards, in one piece).

The actual moment of impact is all about the noise. Yes, your mind and body are also powerfully assaulted by the sickening physics of the situation, as an object that was moving from A to B at velocity Y is suddenly cannoned off, or into, another object, possibly with equal or opposite pace.

Human bodies were not designed to cope with sudden stops at anything over 40km/h (that’s the fastest we can run into a wall, if we really try hard) and as a result car crashes tend to hurt, and rattle your brain in its soggy little socket. 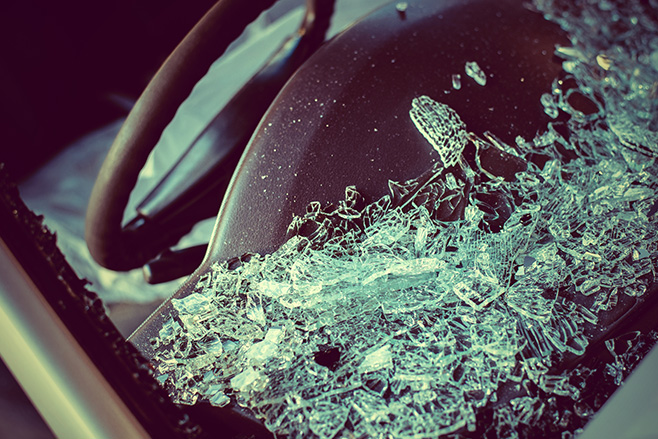 While the speed at which a large vehicle can change direction, when motive forces are applied to it, is something that shocks you, and fortunately we’re hard wired not to remember actual pain. It’s the noises that actually sticks with you the most afterwards.

Horrible crunching and tearing sounds, as metal and aluminium give up their designed shapes under great protest, and shattering noises, and ripping ones. And swearing – almost impossible amounts of it spewing forth from everyone present.

Read: What you can learn from a car crash

This part really does seem to go on for too long, but then it can take a while for a vehicle travelling at speed to come to a complete and grinding halt.

At this point, if you’re conscious and fully mobile, you’ll feel compelled to move, quickly, and not only because of all those movies and TV shows you've seen in which crashed cars explode into fireballs. No, you move towards the other driver.

Questions will be asked, many of them along the lines of “are you blind?”, “what were you thinking?”, “are you of questionable parentage?” and “where would you like me to bury you?”

Questions of fault will also soon rise into discussion, and occasionally they’ll get passionate. 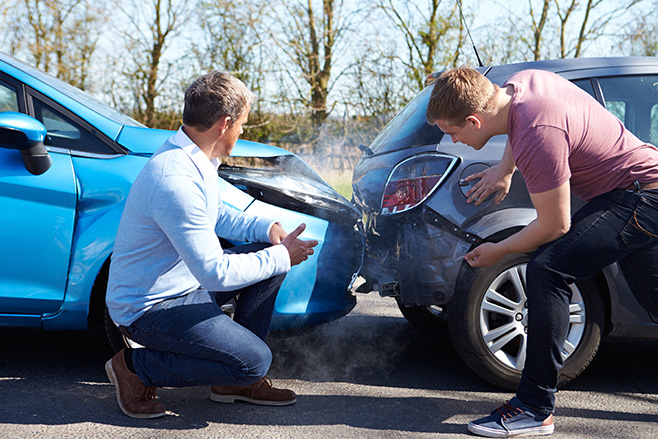 If more than one vehicle is involved, however, you always see the occupants heading for each other at great speed - one in a huge hurry to apologise and placate, and the other with foul fury and vengeful rage in their faces.

Sometimes one will cancel out the other, with your fire of anger having the cold water of guilty tears from the person who just ran up the back of you poured upon it. Or your apology somehow becalming the otherwise furious driver who’s leapt out of his vehicle with a metaphorical crowbar in his mouth.

If you are the guilty party, you will find there are worse ways to ask for someone’s phone number and details than crossing a crowded bar with hope in your heart. Much worse.

The pity in the eyes of someone you've collided with, when it’s clearly and utterly your fault, is matched only by their withering scorn.

Yes, that’s the Black Dog of Post Accident Remorse you can hear approaching.

If you’re lucky, you’ll just be recriminating with yourself for being so stupid, there’ll be no battle over who was responsible and you can almost get on with your life, after tackling the horror that is filing in the accident forms the insurance company will send you. 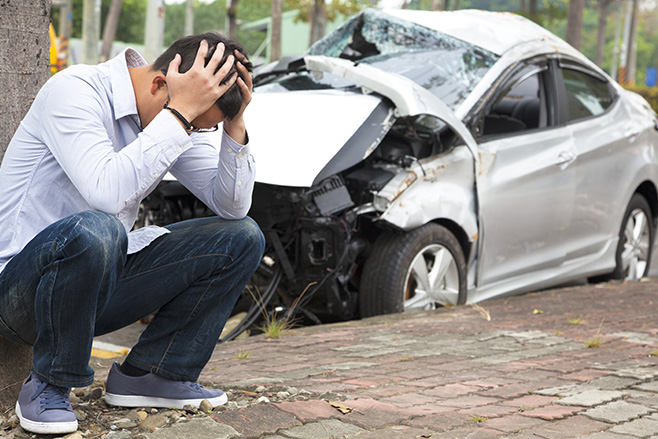 If you enjoy discussing your own failings in written detail, or you really love sketching accident scenes with direction of travel arrows, then you might actually relish the experience. Most of us don’t.

If there are any debates over who was right or wrong and thus whose insurance company should pay, prepare yourself for a proper ordeal.

What is sure is that no matter how fast your insurance company reacts or how well it does its job after an accident, someone will be unhappy with the fact that their car wasn’t back on the road in better-than-new condition within 24 hours.

A LINGERING STENCH OF FAILURE

Even if you did nothing wrong and the accident was someone else’s fault, you will find yourself going over the incident, endlessly, and worrying whether you could have avoided it.

If you caused the accident, you will find this process far more tortuous and may even notice it effecting your driving. You worry more, you take fewer risks, you might even slow down, or let other vehicles out at intersections.

Time heals all wounds, of course, as long as you avoid any other accidents.

It’s natural to apportion blame in these situations, of course, and even to heap it upon yourself if you feel responsible. But it’s important to remember what someone I recently smashed into said to me: “They’re called ‘accidents’ for a reason - no one sets out to have one.”

WHAT TO DO AFTER AN ACCIDENT

Sometimes, knowing what to do after a bingle is stressful. Who do you call first? Your spouse, your mum or dad, the police? Here’s a quick checklist on what to do if you find yourself in a metal on metal situation. 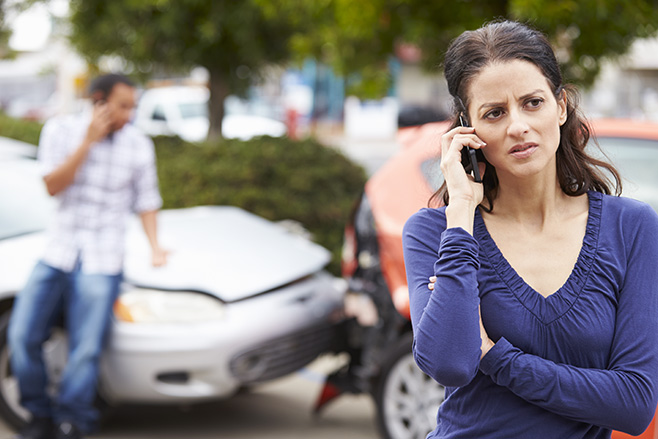 Exchange details with the driver of the other car. Get a name, phone number, address, registration and insurance company details. Also record the date, time and location of the accident.

If you’re able, take photos of the scene (or even better, video footage of the accident from a dash cam). This helps in the instance there’s any question or doubt over who caused the accident.

Assess the situation: you’ll need to call the Police if someone is injured, killed or property has been damaged. Also, if the cars are a hazard or traffic needs to be re-directed, it’s a good idea to call the Police to help with traffic and road clearings.

Call your insurance company as soon as possible and make a claim. They’ll collect all the information and work out who is at fault.

Make your insurance company do all the leg work after you've been in an accident, especially if you're paying for comprehensive cover. It's difficult, because naturally you think you must cover yourself after being involved in an accident, however this is the reason you pay the big bucks. Insurance companies have much more of an idea about accidents than the general public - so let the experts handle it.

You may be required to file a Police report if there’s any dispute about who’s at fault or your insurance company may request it.