Researchers at Stanford University have designed and built a completely autonomous electric vehicle whose sole purpose is to take corners with as much oversteer as possible – and it’s all in the name of safety.

Its role is to see if a computer is able to exploit the full range of a car’s dynamic ‘envelope’ to evade danger, rather than just the relatively slim – but safe – zone between oversteer and understeer. Trained to drift by being fed data gathered from professional drifters, MARTY pulls off what seems impossible: amazing agility and supremely smoky slides that follow a plotted course with centimeter precision.

“Through drifting, we’re able to get to extreme examples of driving physics that we wouldn’t otherwise,” Goh said.

“If we can conquer how to safely control the car in the most stable and the most unstable scenarios, it becomes easier to connect all the dots in between.”

READ MORE: Is Drift 19 the game oversteer addicts have been waiting for?

And it’s not just repeating a set routine recorded by a human driver, like some “self racing” prototypes in the past. It’s simply instructed on the path it needs to take and where obstacles are, with its computer working out how to navigate the route in the most sideways attitude possible. 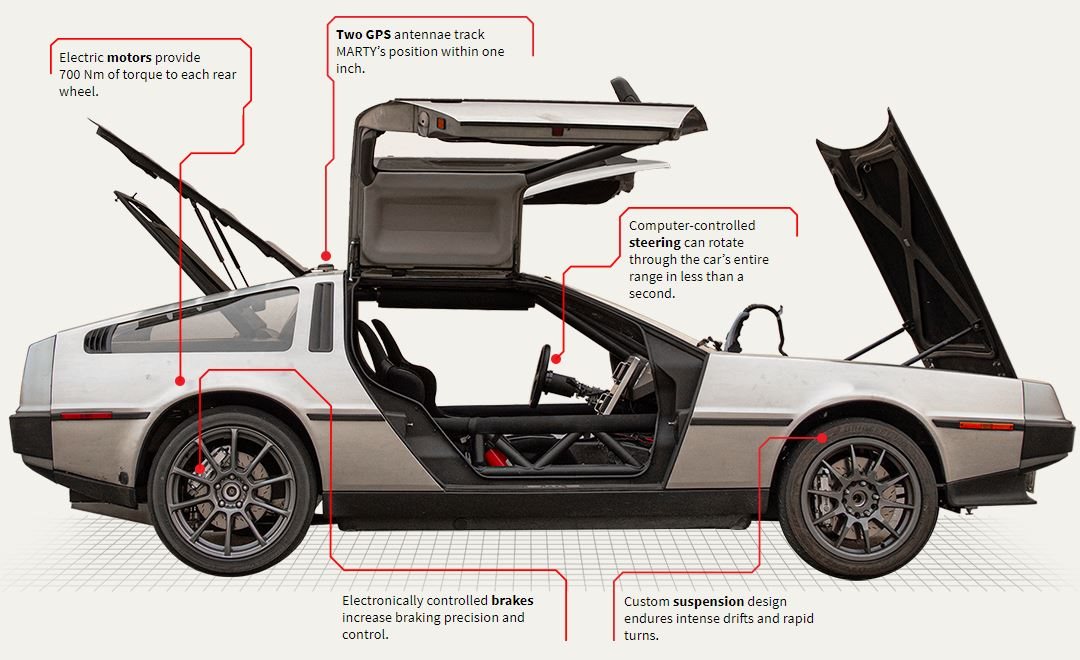 Getting sideways isn’t a problem either. MARTY has ditched the standard Delorean V6 in favour of twin electric motors that send a massive 700Nm to the rear wheels, while custom suspension provides improved handling characteristics. Controlling it is an ultra-fast electric steering rack that can go from lock-to-lock in under a second, with the car’s computer being fed positional data by two high-resolution GPS receivers with a positional accuracy of less than 2.5cm.

“We’re trying to develop automated vehicles that can handle emergency maneuvers or slippery surfaces like ice or snow,” said the head of the Dynamic Design Lab, Professor Chris Gerdes.

“We’d like to develop automated vehicles that can use all of the friction between the tire and the road to get the car out of harm’s way. We want the car to be able to avoid any accident that’s avoidable within the laws of physics.”

Autonomous driving is still very much in its infancy, and while the car industry was initially bullish on the idea of huge fleets of self-driving robotaxis, an increasing number of carmakers are beginning to concede that truly autonomous road-going vehicles are highly unlikely for the forseeable.

But MARTY is not road-going. It exists only to tear up skidpans to gather data and validate technology, so without the challenges of interpreting road markings, keeping clear of pedestrians, trees and other cars, and the need to comply with road laws, MARTY works rather well.

And for the question you’ve probably been pondering the entire time you’ve been reading this, why use a Delorean? Gerdes sums it up with a sly nod to Back to the Future:“The way we see it, if you’re going to build a research vehicle, why not do it with some style?”

Want to delve into the nerdy detail? Don your mortarboard and head here to read Goh’s research paper on MARTY. 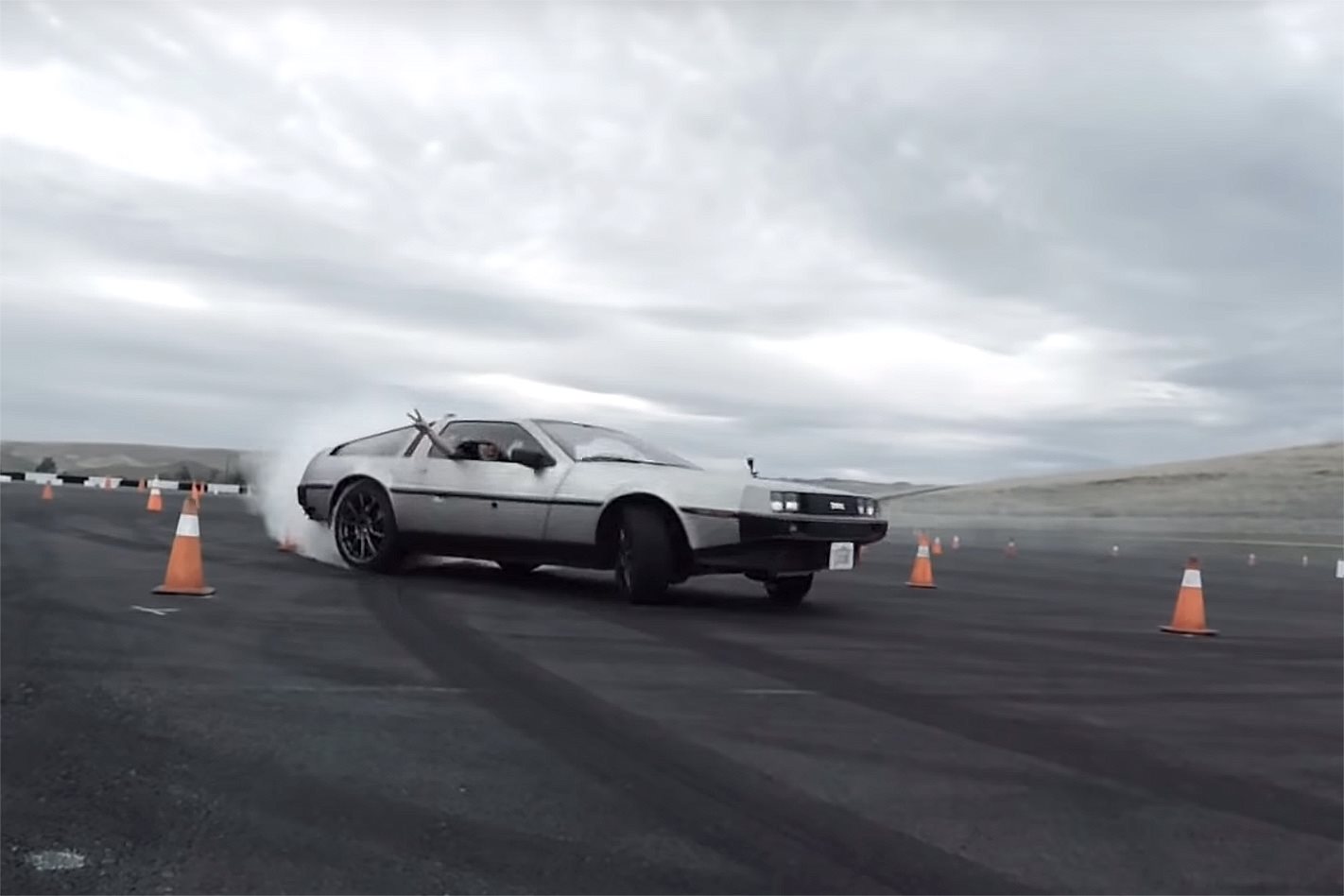 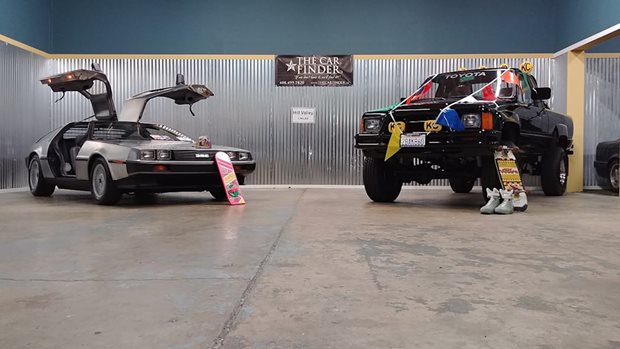