The prospect of electrified Subaru models arriving in Australia is more a matter of when and not if, according to the Japanese carmaker’s local arm, and the company has its arm firmly in the air for its first hybrid offerings.

Subaru Australia spokesman David Rowley said the company is keen to bring hybrid models Down Under, however there are no models earmarked to arrive in the foreseeable future.

Read next: Toyota, Honda and Nissan team up on solid-state battery development

Until a more concrete forecast is made public, the most likely prospect is the Subaru XV, a plug-in hybrid version of which has been announced in the United States, where the popular crossover is known as the Crosstek.

Due for launch later this year, the Crosstek Hybrid will benefit from Subaru’s relationship with Toyota, that brought us the BRZ sports coupe, by incorporating a Toyota hybrid system with a direct-injection Subaru boxer engine driving all four wheels via an all-new transmission – which should provide some decent shove as well as improved fuel economy. 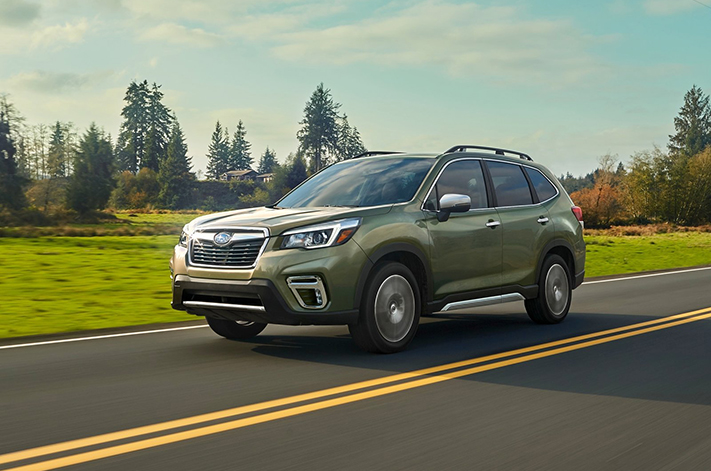 Details are sketchy about Subaru’s first plug-in hybrid. The carmaker has said it will be styled uniquely to stand out over the standard models, but technical information is still under wraps.

Rowley told WhichCar that while Subaru Australia is interested in an XV Hybrid, at this stage it’s a US-only offering.

Another contender to commence the Australian Subaru hybrid foray here will be an electrified version of the all-new Forester due later this year, but this too will find its way to other countries long before our market.

The Forester will share the same new Global Platform architecture as the XV allowing for an electrified powertrain, though Subaru Australia is still waiting to see what Japan has planned as far as engine and transmissions go.

Christie was cautious about demand for hybrids in Australia, though if the outdoor and environmentalist stereotypes are any guide, Subaru buyers may well take kindly to alternative powertrains.