As the opening its Nevada Gigafactory fast approaches, Tesla’s plans to release an SUV and ute ramp up

Tesla has confirmed it will expand its line-up of electric vehicles with a compact SUV and a ute.

Musk said Tesla started with a more expensive electric car like the [Tesla] Model S sports sedan to reduce financial risk but says the company is now ready to cover the major vehicle segments. It is unlikely, however, to build a car cheaper than its BMW 3 Series rival, the Model 3 that is expected to cost from about $60,000 when it reaches Australia in 2018. 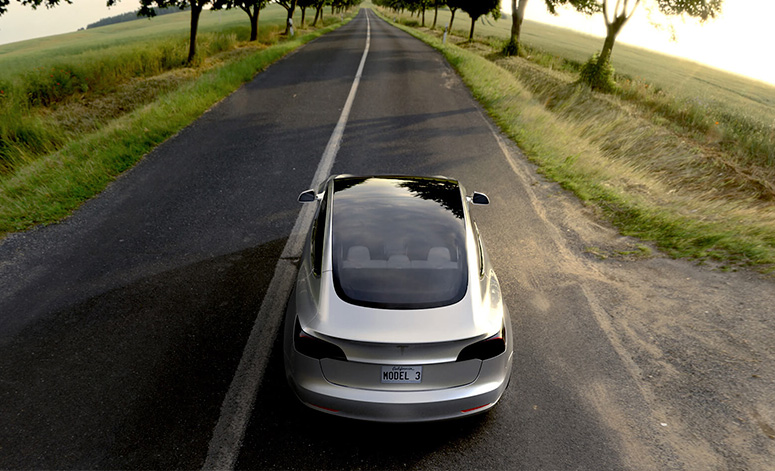 “Today, Tesla addresses two relatively small segments of premium sedans and SUVs. With the Model 3, a future compact SUV and a new kind of pickup truck, we plan to address most of the consumer market,” said Musk in his blog.

“A lower cost vehicle than the Model 3 is unlikely to be necessary,” he added, suggesting Tesla would achieve ever-improving economies of scale as it continually ramps up production with its new, flexible Gigafactory, which opens this week.

The Nevada-based factory will produce components and batteries for Tesla vehicles. The company says production will help to eventually reduce the cost of the expensive batteries that power the vehicles by almost a third.

Musk also said in his blog that Tesla is developing a big truck and a bus to meet future transport needs.

“In addition to consumer vehicles, there are two other types of electric vehicle needed: heavy-duty trucks and high passenger-density urban transport,” said Musk. “Both are in the early stages of development at Tesla and should be ready for unveiling next year. We believe the Tesla Semi will deliver a substantial reduction in the cost of cargo transport, while increasing safety and making it really fun to operate.”