A simple message marked the passing of a world record last week. The Tweet, sent from the hands of Tesla chief executive and product architect, Elon Musk, simply stated: “276k Model 3 orders by end of Sat.”

The words relate to the battery-powered Tesla Model 3, revealed globally on April 1 (no joke). In a way, it also relates to a recharged electric future that many had dismissed as flash-in-the-pan, and a paradigm shift in the minds, and wallets, of car owners worldwide.

Orders for the car opened up shortly before its US reveal, and the highly anticipated electric five-seat hatchback has since changed the motoring landscape, quite literally, overnight.

On the back of a social media build-up that pushed hype to epic levels, within two days Tesla had banked 250,000 deposits at $1500 a pop, netting an estimated $375 million for the Californian carmaker, and making its order book worth $17 billion. 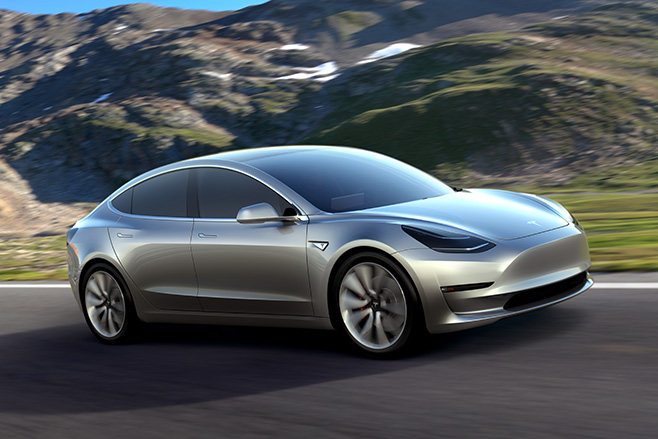 The success of Tesla’s Model 3 pre-orders is bangs for bucks, largely due to the electric car’s $US35,000 price tag (which will translate to about $55,000 when Australian taxes and charges are factored in). That price comes close to that of the plug-in hybrid Chevrolet Volt, but other battery-fed cars are nowhere near as sharp as the Tesla’s. Musk let slip that the average sales price of each car currently sits at $US42,000 once potential owners have stopped ticking the options boxes.

Tesla claims the Model 3 has a range of 346 kilometres, can run the 100km/h sprint in less than six seconds, and features a mix of awesome tech, autonomous tricks, and a mega-LED screen that makes the interior look like a movie theatre on wheels.

Tesla also has its own network of Superchargers that can top up a Tesla’s batteries in a matter of seconds in an electric world where recharging times are more often talked about in hours. It has even built an electric highway in Australia, with a string of Superchargers running in a line between Melbourne and Sydney (a seventh is in Port Macquarie) so that owners of the larger, more expensive seven-seat Tesla Model S sold here can drive between capitals rather than fly. 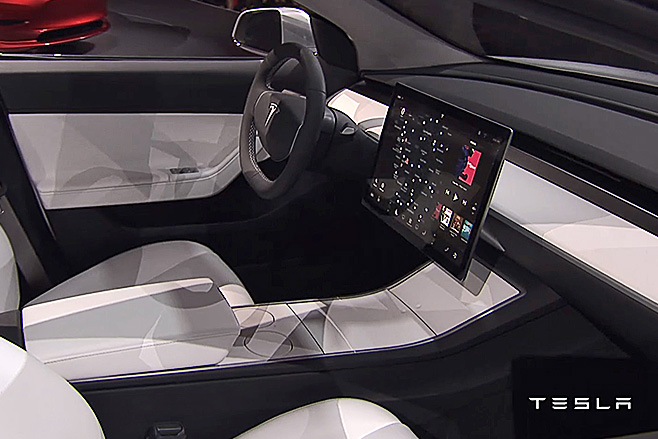 For the thousands of Australians who have already paid a deposit for their Model 3, there will be a long cooling-off period. The earliest orders in the US will not be filled for at least 18 months, and Australian buyers have until at least 2018 to save up for the car (assuming that, unlike the other two models that came before it, the Model 3 is not hit with a long string of delays) . Okay, so environmentally conscious types typically have a more far-sighted view of the world, but the wait is already stretching into years – and time is the death knell for emerging technology that is quickly superseded and outdated.

There is no telling if Tesla can even meet its pent-up demand for the Model 3 in the current decade. Musk has conceded, via another Tweet, that Tesla “may need to rethink production planning”, predicting sales will most likely be at a quarter to a half of their current, predicted number.

The company has already struggled to get enough parts for its gullwing-doored Model X SUV released earlier this year after months of delays. That in turn has held up production and orders in the first quarter of this year, with deliveries totalling 14,820 (Tesla had said it expected to build and deliver 16,000 Model S hatchbacks alone in the first three months of this year and fell well short). Filling 20 times that order will be an immense challenge.

Regardless, the response to the Model 3’s reveal is the automotive industry’s equivalent of that of the first iPod or iPhone that similarly wowed consumers worldwide. It is likely to have long-ranging ramifications to an industry so heavily influenced by consumer attitude, emerging technology and future planning. In the wake of Dieselgate, and with hydrogen cars at the mercy of non-existent infrastructure to fuel them, electric cars have again taken centre stage as the trendy alternative fuel option, with the Tesla 3 leading the charge. Pun intended.