We put the eight most popular dual-cab utes head to head to see which is king of the heap.

Four-wheel-drive utes have never been more popular. While you’d think that’s because of the mining and building booms, around half are sold to private buyers. With about a dozen dual-cab utes on the market it can be difficult to tell them apart in terms of appearance, performance and functionality, so Wheels gathered the eight biggest sellers and put them through their paces – on and off road – to see which was the best.

Sophisticated performer that loves to get its hands dirty 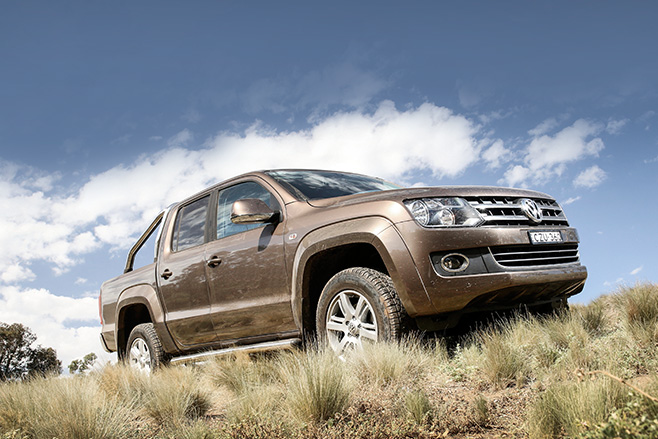 The Amarok shows that refinement has a place in the blue-collar ute world whether it’s off-road or on building sites. It has all-round polish, from its hardworking 2.0-litre twin-turbo four-cylinder diesel engine to the interior presentation. Off the road, Amarok’s full-time 4WD system manages the rough stuff well despite the lack of a low-gear transfer case and found traction to complete the ‘hell-climb’ with minimal wheelspin. 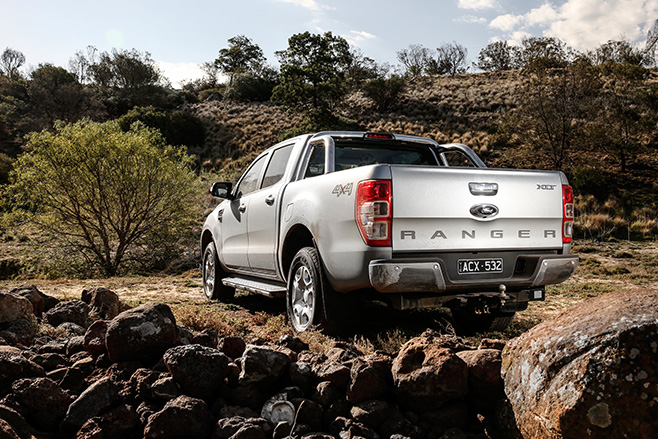 The Australian-engineered Ford Ranger shares almost everything with its twin under the skin, the Mazda BT-50. However, while the BT50 still looks the same, the Ranger has had a recent facelift to give a more desirable ‘Yank truck’ interior, electric power steering system and new injectors that bring more refinement to the 3.2-litre five-cylinder turbo diesel engine. It has no real issues off road, and while not quite as accomplished as the Toyota Hilux it should take you just about anywhere you’d expect with a standard road-going 4x4.

Not as refined as its Ranger cousin, but still good value 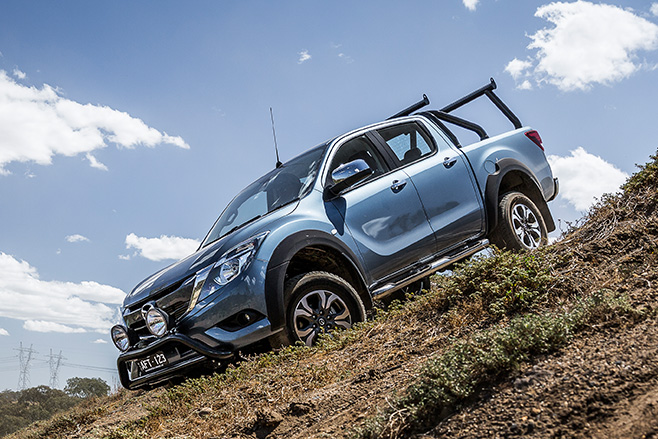 This is one of the rare segments where Mazda doesn’t have a stranglehold over Ford, even though the BT-50 shares plenty of genetic material with the big-selling Ranger. While it lacks the Ranger’s much lauded updates, including its more rugged looks and better handling, it is about $5000 cheaper and still a very capable jack of all trades. It won most of its points off-road, lapping up the dizzying torture test, feeling nice and solid over ruts and corrugations. 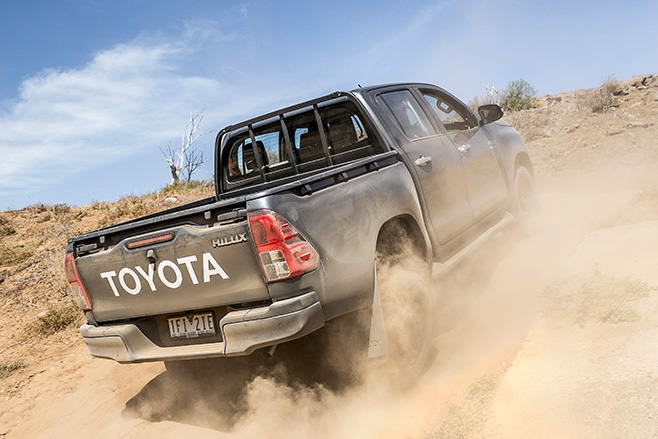 Toyota’s venerable Hilux has become synonymous 4WD utes, earning a reputation of reliability and even indestructability. So much so that Toyota seems to be resting its laurels in the face of ever-improving opposition. Compared with the standard-setting Amarok, the all-new Hilux has a stiff and bouncy ride, its all-new four-cylinder 2.8-litre turbo diesel is neither fast nor frugal, and it lacks refinement inside that the fluoro brigade now expects. Not surprisingly its strength is on the rough stuff – it loves steep climbs and its traction control knows when to let go.

Great on paper with lots of new tech, but let down by heavy steering 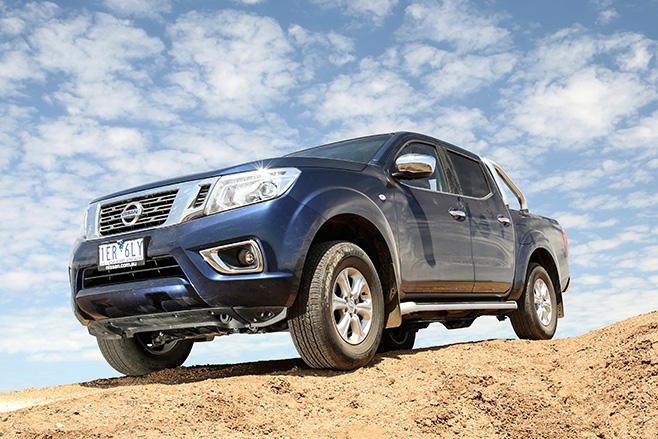 The Nissan Navara looks good and comes with a four-cylinder 2.3-litre twin-turbo diesel engine, coil springs instead of leafs, and a rear diff lock. It has plenty of creature comforts and extras, including self-levelling LED headlights, LED running lights, side steps and 16-inch alloys. It is happy in the rough despite having one of the lower ground clearances in the field. The Navara’s biggest letdown is the heavy and vague steering. 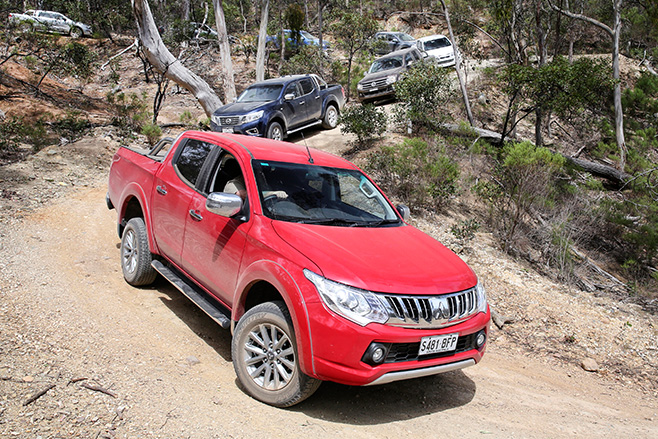 PLUS: Punchier and roomier than before; long warranty; value
MINUS: Electronic diff not standard; limp steering; busy ride

The value-for-money Triton wins point for its suite of extra features including hill-start and trailer-stability assist, dual-zone climate control, HID headlights, LED driving lights and a sporty styling package with 17-inch alloy wheels in a neatly presented package. But while the 2.4-litre turbo diesel engine is paired with a beefy five-speed auto provides adequate torque, and it’s nicely equipped, it’s not the best drive on or off roads.

Cheap interior, off-road inadequacies and thirsty engine make the wait for the newer model worth it 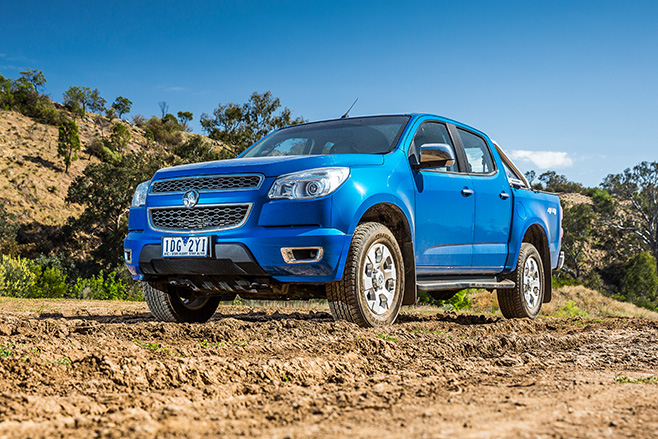 It’s worth pointing out that Holden has released a newer version of the Holden Colorado since this test, and it’s a good thing too. The things that let this older version of the Colorado down include cheap interior plastics that scream cost cutting and the 2.8-litre four cylinder diesel turbo with a serious drinking problem, necking 9.1L/100km combined. A lack of rear diff lock didn’t help in extreme dirt and it found itself wanting on the steeper climbs. On the road it provided a comfortable enough ride and was the fastest of the eight, but it was also pretty loud. 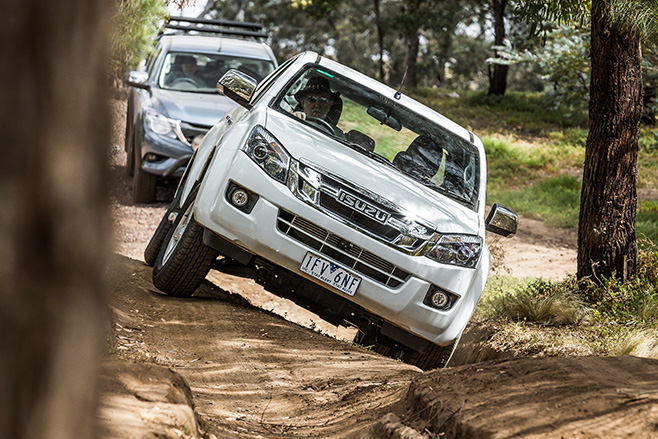 Old-school ruggedness comes with a dated interior and performance.

This shares a body and chassis with the 2015 Holden Colorado as well as the same neither here nor there rating. It comes with its own tried and tested engine and Aisin gearbox that provide truck-like reliability, but lack refinement. The interior is also very workmanlike but standard kit includes six airbags, projector headlights and front fog lights, LED tail-lights, aluminium side steps and extra chrome trim. The steering is a little heavy and road noise excessive and off road it suffers from not having a standard locking diff, like the Colorado.  On the plus side it has generous ground clearance, an inner-guard engine air intake and a pair of front recovery hooks as standard.