Dual-cab utes for all the family

Can a ute become a family car? Samantha Stevens take a look into the workhorse dual-cab as an alternative for families.

The transformation from packhorse to glossy show pony has been a quick one for the dual-cab ute; what was a tradie’s alternative a decade ago has become a white-collar worker’s chariot of choice for all manner of sports and hobbies, as well as work. With four doors, five seats and a huge ‘boot’, it is fast becoming a popular family car alternative over the SUV or wagon.

Sales of dual-cab utes have reached new heights in the past few years, with models including Toyota’s HiLux topping the charts several times as Australia’s best-selling passenger vehicle.

So, what makes a dual-cab ute the choice for adventurous clans, and what should you look for if a dual-cab is on your family transport list? We take a look at the reasons you may consider a dual-cab ute, and what the top sellers are offering.

YOU’RE GOING TO NEED A TRAY

For starters, one must be certain the ute will be used regularly as a ute to justify a tray and load-carrying suspension over a covered boot and more luxurious ride. How often will large, bulky or otherwise unsuitable items be hauled around? If the answer is ‘not often’, the purchase or hire of a box trailer could be far easier to justify, given the softer ride and handling superiority (generally speaking) of myriad 4WD/SUV offerings and large family sedans. Sure, the dual-cab has come a long way, but some of the standard SUV second row options like extra power outlets, cubbies and even curtain airbags may be missing from various specifications of the dual-cab. The ride can also be quite bumpy on hardcore rear suspension, particularly with an empty tray.

If the weekend hobby is a dirty one, or needs height or weight-carrying abilities – think motorbikes, horse paraphernalia, camping, and anything involving dirt – the ability to not only access a tray easily but also simply hose the thing out is certainly appealing, if not necessary. 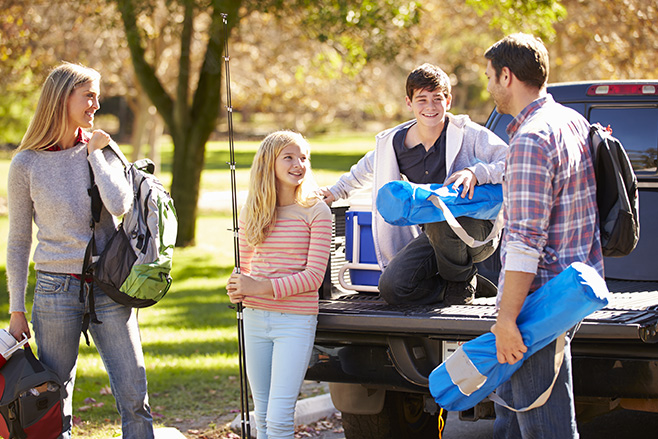 Does the payload need to be secured from possible theft, and will this restrict what you need to use the tray for?

Anyone with kids knows the boot area usually becomes a treasure trove for toys, transport devices and a veritable wardrobe of spare clothes, but if you have a trayback this is not really an option.

Ute covers can be either a soft or hard tonneau, but there are disadvantages of both. A soft tonneau cover is simple and easy, keeping the load covered or removed altogether when bulky items are carried; however, the contents are always susceptible to thieving fingers. Lockable ute boxes are a fantastic option, and can be hidden under the tonneau; but, it reduces the usable area for bulky items. Then there are hard tonneaus: they look great, are lockable with easy lifting gas struts, and are less fiddly to access. However, if you need to carry a bulky item like a washing machine, you have to remove it first. A hard tonneau is only for those who rarely carry anything higher than the sides of the tray.

Does the dual-cab budget stretch to the kind of luxury an SUV can offer. Dual-cab utes have come a long way, and the features on offer these days are on par with some of the nicer passenger vehicles. Yet some of the base-model cars are still bare-bone workhorses.

The Volkswagen Amarok, which is arguably the most refined and car-like of the dual-cabs on the market, still has a plastic hose-out floor in the base car. While this is perfect for the tradies, and some may jest it’s a great solution to the inevitable mess of children, it really isn’t suitable for kidlets, particularly given the lack of conveniences in the cabin.

Therefore, mid-spec and up should be the focus – and top-shelf is best – when accommodating the family and the spouse who expects more from the family carriage. This averages out to about $50K for a new dual-cab with decent spec.

Reversing sensors and preferably a camera should also be on your tick list – even the best of us can hesitate when backing up a dual-cab. And check for curtain airbags for the kids.

If the boxes are ticked, it’s down to the selection. Australia’s biggest sellers are listed below in alphabetical order. All but the D-Max and Amarok have recently undergone overhauls – from mild updates through to full revisions – and all can be optioned with automatic transmissions (some at no cost), making them even more family-friendly. We’ve picked out the major pros and cons for you, but for a more detailed analysis please check out our WhichCar Match Maker and reviews.

The recently revised Ranger is a pearler of a car. Local testing means the suspension is well tuned to Australian roads, and it’s less harsh than some of its competitors. It hauls well, drives well, steers well, and servicing is affordable; however, it’s getting up there price-wise as you’d want the top-shelf spec. Its American truck-styling also isn’t for everyone – check out the Mazda BT-50 for an equal alternative. 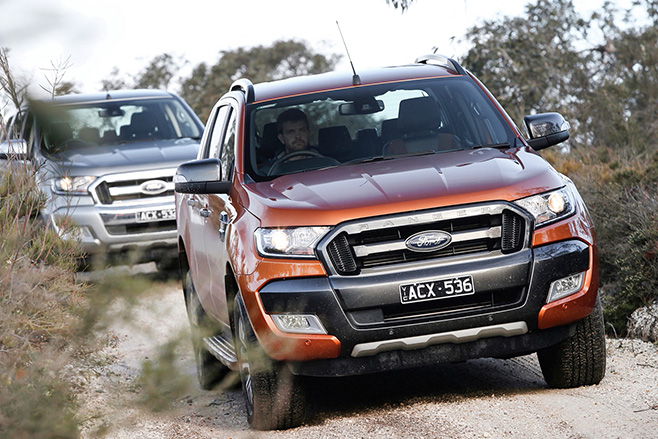 After a recent facelift, Holden’s Colorado is becoming a more rounded vehicle. It definitely feels like more of a workhorse than some, but offers good clearance with a low, easy-to-access tray. While the cabin is fairly utilitarian, it’s roomy and there are enough features to not leave you wanting. 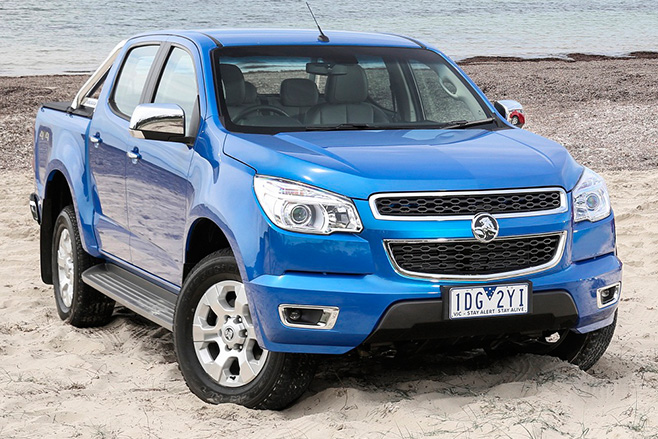 The D-MAX is getting a little long in the tooth in car terms, having been launched in 2012 and still to receive a reworking. Thus it feels a little dated inside, and it lets a bit more engine and drivetrain noise in than its rivals. It is, however, a capable hauler with a good payload rating. And while the ride height is low (those wanting a bit of weekend rock-crawling, take note), the tray is also low to the ground, making moving gear in and out far easier for the vertically-challenged among us. It’s also at the more affordable end of the scale. 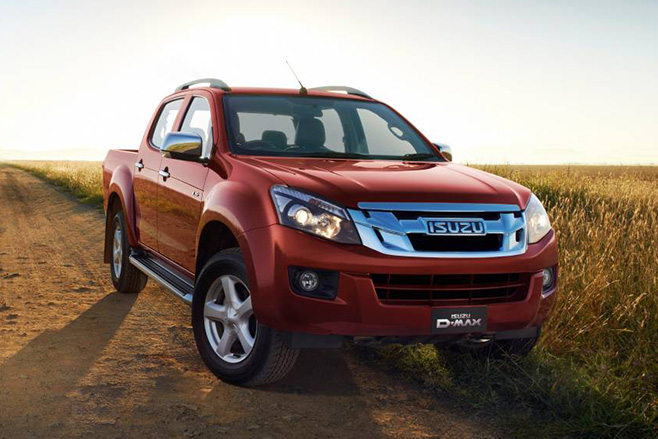 An update last year unfortunately did nothing for the polarising looks of the BT-50, which actually sends some buyers away with its sly yet startled headlights and huge grinning grille. But it is an excellent, super-capable vehicle and it tows beautifully – it actually shares most of its body and bits with the Ford Ranger. 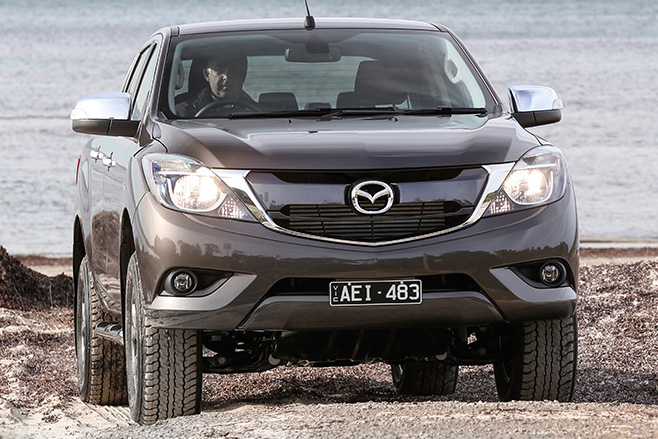 After almost 10 years with the same aging skeleton and muscle, the Triton had a long-overdue overhaul last year and finally offers some must-have conveniences including full multimedia and climate control features. The drivetrain is still a grunty worker, but the rear end is finally less saggy. Overall, the vehicle is a much more pleasant drive. 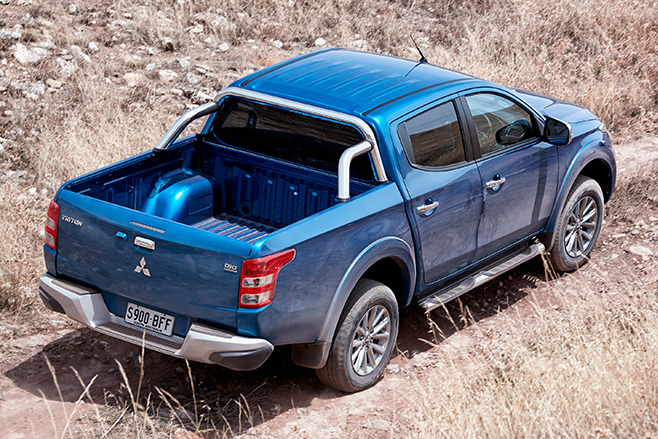 The Navara has seen some huge improvements, particularly to its steering which was once compared to a tractor. Previously a strong, sturdy but agricultural ute, the new Navara offers levels of refinement and new tech long needed. This brings it back into the picture for many dual-cab buyers. 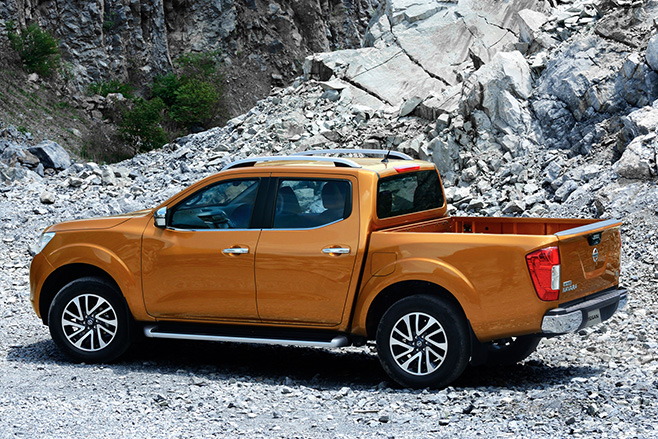 After years in the top-sellers lists – even topping Australia’s best-selling cars scale several times in the past few years – the HiLux maintains its sales with an all-new offering from 2015. Resale and servicing are excellent, and the new car offers the full complement of tech. It’s more expensive, but you get what you pay for. 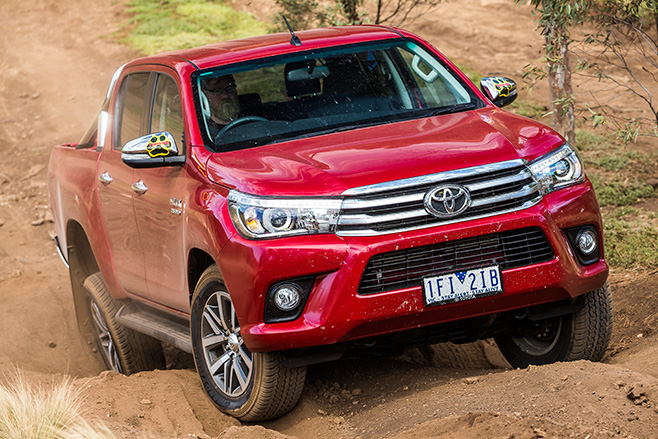 The Amarok is the most car-like dual-cab on the market. It has a mega tray to fit wider loads and a lovely engine and drivetrain. Super capable, well-specced (in the higher levels) and good looking to boot. It is one of the dearest as a result, but watch out for expensive servicing and maintenance – it is a Euro vehicle after all. 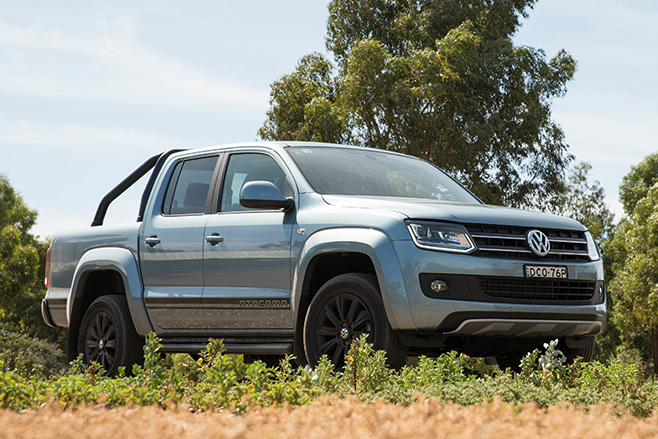 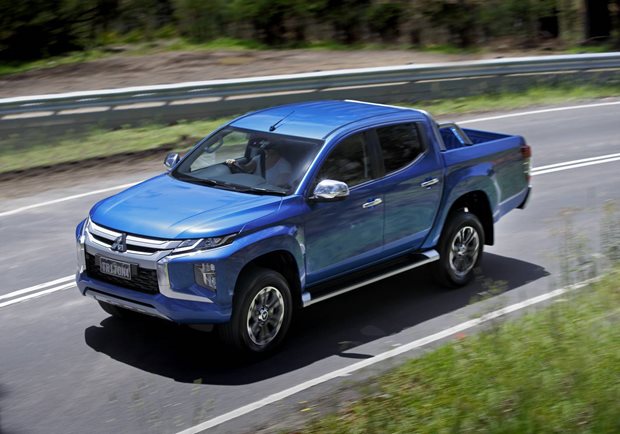 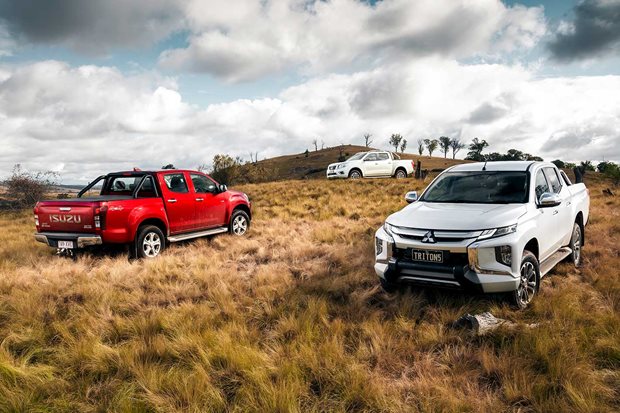 With a few tweaks and a new face, how does Mitsubishi’s strong-selling Triton stack up against its immediate class rivals?