This bizarre looking creation is what road trauma specialists, engineers and an acclaimed sculptor believe a person would have to look like to survive a car-crash.

Despite appearances, this isn’t something out of an episode of Doctor Who or a CGI alien from a sci-fi/horror film.

This is Graham, and he is helping spread the word about driver safety.

Designed by Victoria’s road trauma authority; the Transport Accident Commission, Graham is a redesigned human being that now has the best possible chance of surviving a car crash which would kill you or I. 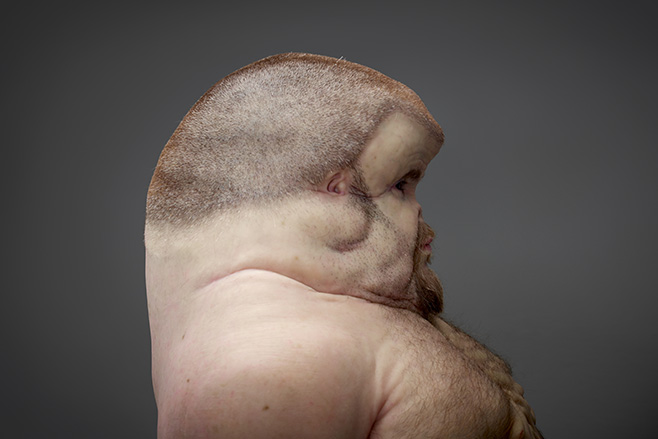 Graham was designed with the help of road trauma specialists, engineers, and an artist to visualise what we know about the effects of road trauma on humans. The TAC developed the idea to show the human body isn’t designed to withstand much trauma, despite what we may think.

The result is striking. Graham has an enlarged fat-lined head, since head, neck and brain injuries are among the biggest killers on the road. His brain is also surrounded with fluid gaps to absorb the energy of the impact.

The alien-like facial structure is the result of losing his nose (which can often be broken in airbag deployment), as well as a reinforced, thickened neck. 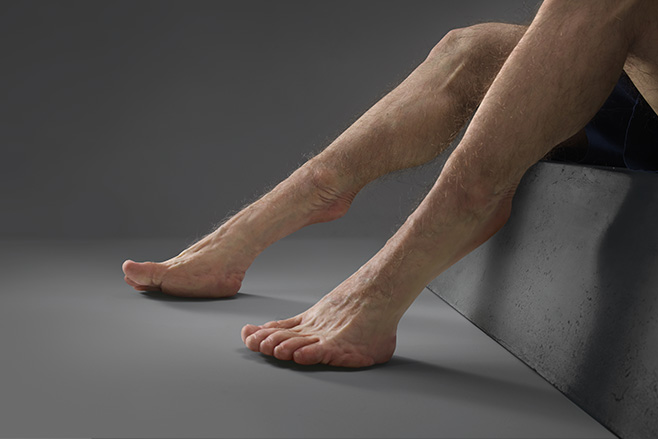 Graham’s ribcage is heavier, thicker, and is designed to be shock-absorbing to better cope with impact forces. His thick skin isn’t just to deflect nasty comments about his appearance, it is designed to reduce cuts and bruises suffered in a crash.

“Cars have evolved a lot faster than humans and Graham helps us understand why we need to improve every aspect of our roads system to protect ourselves from our own mistakes,” TAC chief executive Joe Calafiore said.

Melbournians will be able to view Graham in person at the State Library of Victoria, before he goes on a state-wide tour. If you live outside of Victoria, you can get a close-up look at Graham through the TAC’s interactive website; Meet Graham.