What your car says about you

Some cars, especially crap ones, tell people a lot about your life, according to David Morley.

All this stuff about your car being a reflection of your deeper self is, if you want to know the truth, a load of old cods. What you drive is vastly more likely to speak of your budget than your belief system. It’s why people who have to move loads of kids drive people movers. It’s about arses, not aspirations.

That said, there are a handful of cars you will not see me riding in or driving. Dead or alive. It’s not that I have world championship levels of dignity, but even a grub like me has to draw the line somewhere.

Do you remember that dreadful dealer-fitted option Kia offered on the Rio sedan about a decade ago? Sure you do; it’s the one that attempted to turn a Rio into a Subaru WRX, complete with front and rear wings and even a Rex-aping bonnet scoop (which didn’t extend through to the engine bay, but anyway). But what really put the Kia Rio Sport-Pac (iffy spelling notwithstanding) permanently on the ‘do not touch’ list was the way it shamelessly attempted to fool people into thinking you were, in fact, driving a Subaru WRX. I’m talking about painting them in that trademark STi shade of blue (almost anyway) and fitting up a set of gold alloys.

Thing is, while the dolts who bought them went happily about imagining observers assumed they were driving WRXs, in reality, the message they were sending out was the complete opposite. As in: “I’d really like a Suby Rex, but for (please circle one) fiscal/skill level/parole condition reasons, I’m unable to have the real thing. Please spit on me.” 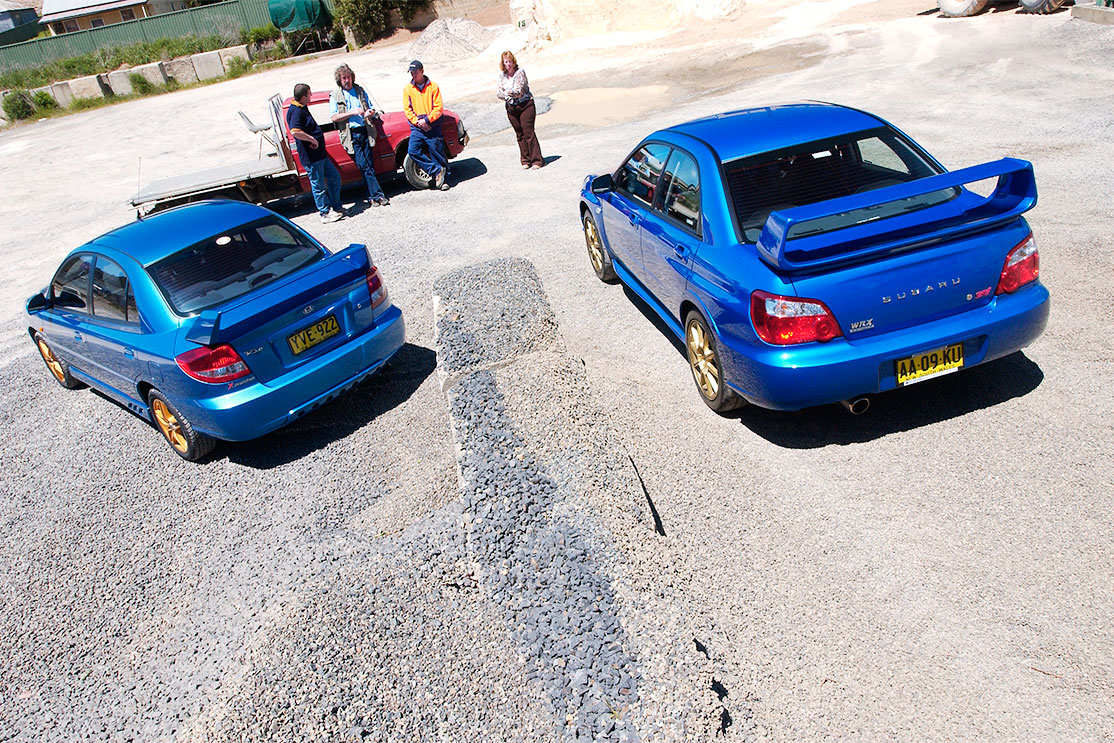 You bought a Rio Sport-Pac for precisely the same reason those weird, tattooed kids who wear their caps backwards drive up and down the local shopping strip in their V6 Commodores with the windows down and doof-doof soiling the air at Dickensian-anvil-factory volume levels. Because nobody will let them into a nightclub.

In its natural state, the Kia Rio was a mostly harmless little device that served a distinct purpose; getting kids to their first job or to uni with a minimum amount of brain damage for dad. At that task, they were mostly adequate, but as an alternative to a Subaru WRX they were more out of their depth than a Federal politician at an integrity hearing.

The other car I won’t be looking for on Gumtree in a hurry is a Lada Samara. In particular, the Brock Lada Samara. The standard car was awful; no question about it. But the Brock version had the smell of desperation about it, conceived as it was at a time when Peter Brock had just been cast out of the Holden family, HDT had imploded the same night and PB was keen (some would say too keen) to occupy his fertile mind and empty workshop.

Brocky was our greatest ever touring car driver, folk hero and, subsequently, about the most bankable Aussie male this side of Hugh Jackman, but the Brock Samara should serve as a lesson to all of us. Sometimes cars do reflect our circumstances. And it ain’t always good viewing.

This article was first published in MOTOR November 2014