Audi reckons there’s much hay to be made with premium medium wagons that can also do the lifestyle adventure thing. If the thought of yet another luxury SUV has you reaching for a Bex, Byron Mathioudakis details seven things about this latest A4 Allroad quattro that you’ll want to know.

class="intro">The Audi A4 Allroad quattro is pretty much what it looks like – a jumped-up, butched-up version of the German carmaker’s long-lived medium-size wagon hauler. So it’s really just another version of the recently introduced new-generation A4, that also gains the same tech. Mid-size luxury SUV buyers shopping around for something like an Audi Q5 can do little worse than consider the lighter, livelier, and only slightly lower Allroad.

1. The latest A4 Allroad quattro has been to the gym. Compared with its predecessor sold between 2009-15 – the first A4 Avant to be ‘Subaru Outback-ised’ – the new one weighs 80kg less, despite being a physically larger car in every dimension. That’s because it uses more high-strength steel (so parts can be thinner), aluminium, and other lightweight materials.

2. This is the first Audi to use the “Ultra” version of Audi’s all-wheel-drive system. It’ss 4kg lighter than before, but more importantly it can stop sending drive to the rear wheels, using the front ones only, to reduce drag and save fuel – up to 0.3L/100km, according to the company. The system is smart enough to instantly switch back to AWD if things suddenly get slippery, such as if there is unexpected black ice on the road. Look for it to appear on more Audis wearing the “quattro” AWD badge.

3. For the time being, only the petrol-powered 2.0 TFSI quattro uses the Ultra AWD system. The 2.0 TDI turbo-diesel retains the old permanent all-wheel-drive system that sends 40 per cent of the engine’s drive to the front wheels, and 60 percent to the rears. That can rise up to 70 percent to the nose or up to 85 percent out back as required.

4. Compared with the regular Audi A4 Avant (the name Audi gives to its wagons), the A4 Allroad’s ground clearance is raised 34mm to 173mm. This comes from a 23mm increase to ride height, and larger diameter wheels.

5. This is the first A4 Allroad to score a Hill Descent Control system that automatically applies the brakes while crawling down a steep hill at speeds of up to 30km/h (other versions work only at much lower speeds). It also differs from the rest of the A4 range by featuring an ‘Off-Road’ mode in the standard Drive Select system (a dial that allows the driver to switch between other modes including sport, comfort and economy). This maximises the efficiency of the quattro AWD system. And adaptive dampers that switch between firm and soft settings at the push of a button are now optional for the first time, to help improve the ride quality.

6. The A4 Allroad quattro’s body is more slippery through the air. Its 0.32Cd drag co-efficient is a 0.02Cd improvement over the model it replaces. The resulting lower combined average fuel use figure has given Audi the encouragement it needs to introduce the 2.0 TFSI quattro petrol-powered version into Australia for the first time, since its 6.7L/100km allows it to slip comfortably beneath the Luxury Car Tax threshold of no more than 7.0L/100km for the first time.

7. Larger in every dimension than the previous A4 Allroad, the newcomer offers 11mm more shoulder width and 24mm extra headroom in the front seats, while rear-seat knee room grows by 23mm.

Click here to read the full review on the Audi A4 range. 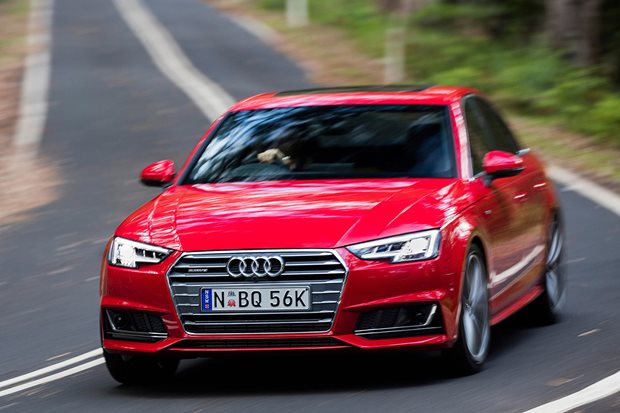 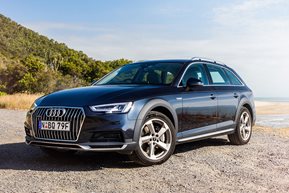