The Honda Civic VTi-S proves to be a capable and capacious small sedan, with solid value, acres of interior space, exceptional ride comfort and delectable handling.

The Honda Civic sedan is back, longer, wider and lower than before, and boasting a cabin that rivals many mid-size four-doors for spaciousness. When it comes to metal-for-your-money, the Civic is a compelling proposition.

This is the tenth generation of Honda’s Civic and the VTi-S model tested here is one of the mainstays of the range. 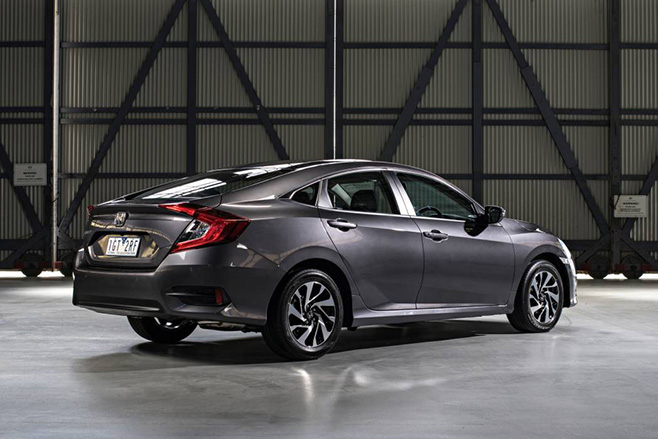 While there’s a more powerful 1.5-litre turbo engine in higher-spec models, the Honda Civic VTi-S is powered by a naturally-aspirated 1.8-litre that trades outright performance for a sub-$25k price tag. Retailing for $24,490, the auto-only Civic VTi-S compares well against other mid-spec small sedans. 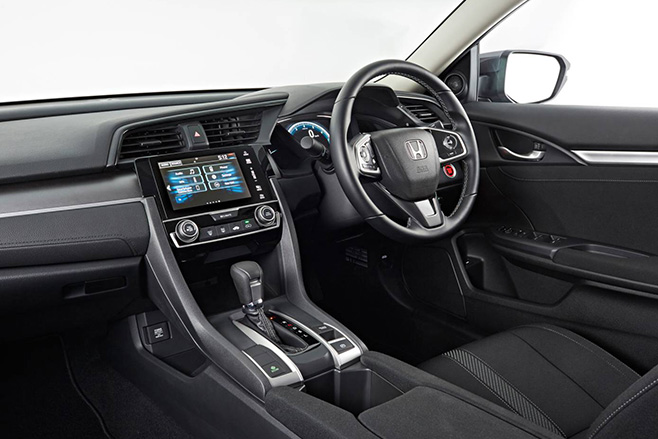 The small sedan market is a heavily populated one, though there are slightly fewer choices than if you were shopping for a small hatch.

Competition includes the Hyundai Elantra, Kia Cerato, Ford Focus, Mitsubishi Lancer Toyota Corolla and Subaru Impreza, with the Subaru being the standout of that field.