Front-wheel drive hot hatches have fast become the favoured vehicle for those seeking maximum driving thrills for a minimal spend, but there are still some options on the table for those who want a purer, rear-drive experience.

The Mazda MX-5 convertible has been the go-to RWD performance car option for the budget-conscious since it arrived on the scene in 1989, while Subaru’s BRZ (and its Toyota 86 twin) is a more recent arrival that also blends rear-drive dynamics with a low pricetag. The latest iteration of the MX-5, the MX-5 RF, finally brings a hard-top option to the fourth-gen MX-5 range, putting it into closer competition with the coupe-only BRZ.

Which one is worthy of your hard-earned? Our virtual comparison (from experience driving the RF in Japan, and BRZ in Australia) should point you in the right direction. 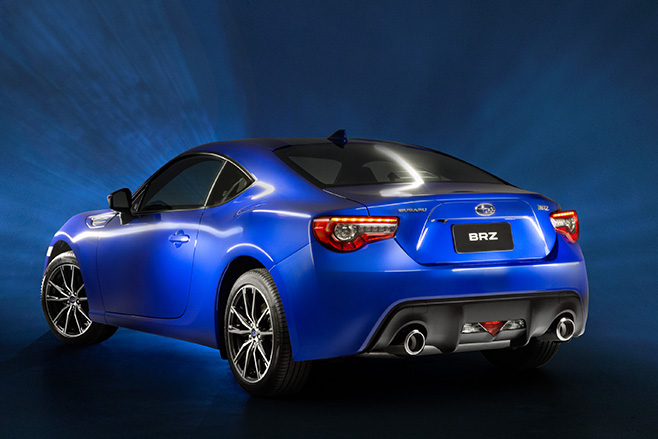 With a retail price starting at $38,550, the Mazda MX-5 RF manual costs a fair premium over the $32,990 BRZ manual. Opting for the upper-spec MX-5 RF GT takes the price of entry to a heady $43,890 as well ($44,890 if you gun for the Nappa leather-equipped GT grade), but it’s the base MX-5 RF that’s most closely aligned with the Subaru in terms of equipment and specification.

However, the MX-5 RF justifies its price by giving its driver the option of a wind-in-the-hair experience courtesy of its retractable roof. It also comes with satellite navigation as standard, something which isn’t offered by the BRZ’s more basic infotainment unit. 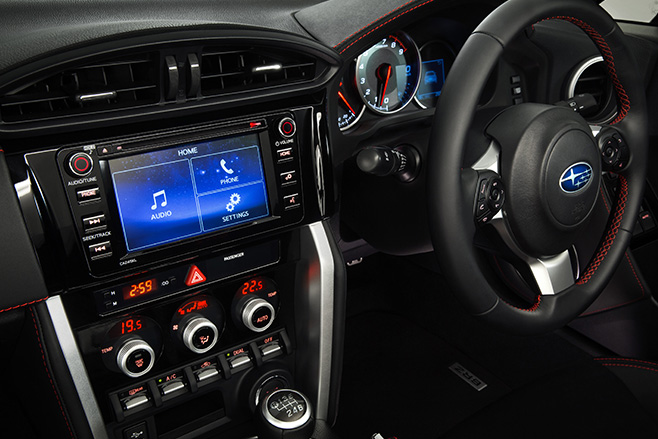 Both the MX-5 and the BRZ put the emphasis on the driver. Driving positions are low-slung in both, with the driver’s legs being almost horizontal from seat cushion to pedals. Steering wheels are perfectly sized both in diameter and rim thickness, and are pointed straight at the driver’s chest for optimal wheel-twirling.

Due to their compact size, all controls fall easily to hand in both cars. The Mazda wins on the design front, however, with a cleaner and more cohesive style to its cabin. The BRZ, by contrast, has an imposingly-upright dashboard. The Mazda’s interior also has a higher quality feel to its various plastics, even though hard surfaces abound.

The MX-5’s cupholders are an exception though – the plug-in drink receptacles feel flimsy and insubstantial.

But while the BRZ may feel a little cheap in areas, it absolutely trounces the MX-5 RF in terms of space. It has room for four passengers, for starters, while the Mazda is strictly a two-seater. In-cabin storage space is also more plentiful in the Subaru BRZ, though there’s a lack of covered storage in the centre console.

And it’s no contest when it comes to toting luggage. Though the BRZ’s boot area is marred by a full-size spare wheel erupting through the floor, it’s still far more spacious and useful than the MX-5 RF’s teensy 130-litre boot. 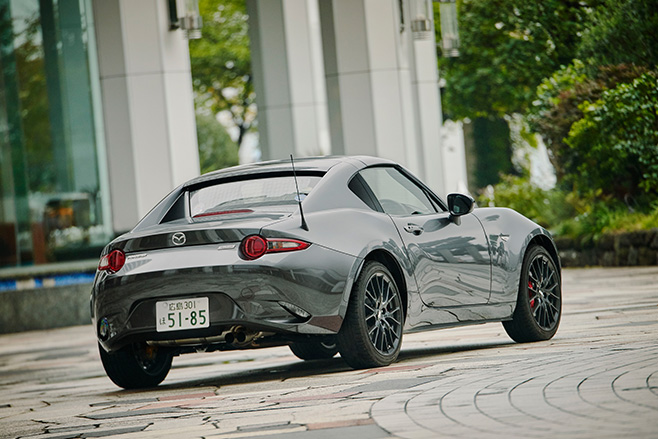 Both cars feature a 2.0-litre naturally-aspirated four-cylinder engine under the bonnet, but it’s Subaru that manages to squeeze more power and torque from its displacement. With 152kW of power and 212Nm of torque on board, the BRZ’s horizontally-opposed boxer motor has the upper hand over the MX-5’s 118kW/200Nm 2.0 straight-four mill.

But the MX-5 RF has weight on its side – or rather, the lack of it. Though The RF’s power retracting hard top adds 45kg to its kerb mass over the standard MX-5, the hardtop still only weighs just under 1080kg when empty. The BRZ isn’t exactly lardy though and with a kerb weight of 1282kg it’s still slightly ahead in terms of power-to-weight ratio - but the difference between the two cars is minute.

Australian fuel economy figures haven’t been released yet, but if overseas models are any indication then we can expect the MX-5 RF manual to consume 7.2L/100km on the combined cycle. That would easily best the 8.4L/100km average claimed the Subaru BRZ manual.

The BRZ has a firmer setup that preferences performance over comfort, but as we discovered during Wheels’ preview drive in Japan the much lighter MX-5 RF enjoys a taut-yet-compliant suspension tune that delivers a settled ride on the road similar to the MX-5 Roadster soft top.

However, judging a sports car on comfort is akin to judging a cake by its calorie content – it’s largely irrelevant. 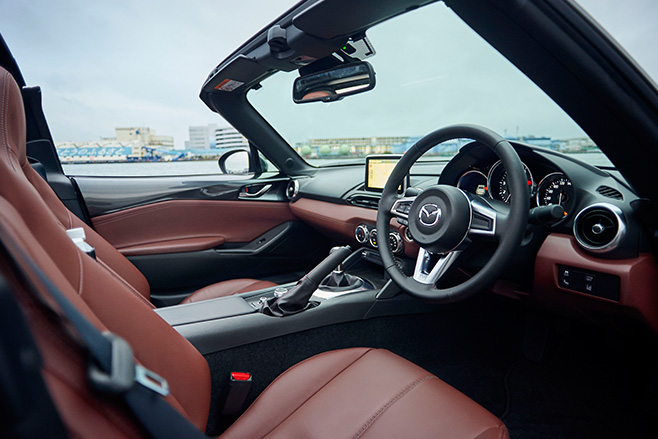 The Mazda MX-5 won over the judges of sister publication Wheels’ Car Of The Year competition with its delectably precise handling and supremely adjustable handling, and the MX-5 RF follows the fine form of its soft-topped sibling.

It is an agile, sweetly-balance joy to drive, but the problem is that the BRZ boasts the same attributes. Both cars were engineered specifically to handle like a dream, and both will reward keen drivers in equal measure.

This comparison is an interesting one, because though the MX-5 RF and BRZ differ so greatly in some respects – power, bodystyle, space and quality – they possess significant similarities too. The on-road driving experience is very similar as is their almost singular focus on chassis balance and handling. Driving enthusiasts will love both.

But there can only be one winner, and while the BRZ remains an exceptional performance car in its own right it’s the MX-5 RF that wows us with its cool retractable roof, quality cabin and lightweight, zippy nature.