A change of heat for Peugeot’s compact crossover transforms an underwhelming small SUV into one of the segment’s stars.

THE underperforming Peugeot 2008 has been given a sorely needed heart transplant as part of a facelift designed to improve the small SUV’s fortunes in Australia.

When it was launched in late 2013, the Peugeot 2008 was a small SUV segment pioneer, helping to usher in a new era of lightweight and compact urban-friendly crossover wagons. But inadequate engine and transmission choices undermined what was otherwise a stylish, spacious, comfortable, and dynamically capable alternative to a Holden Trax. To the French carmaker’s credit, the 2017 mid-cycle facelift brings with it a bolder face, while the underpowered and outmoded engine choices have made way for an advanced and efficient 1.2-litre three-cylinder turbo. Improved safety and more features also spell better value for money. And, hopefully for Peugeot, many more sales than before. 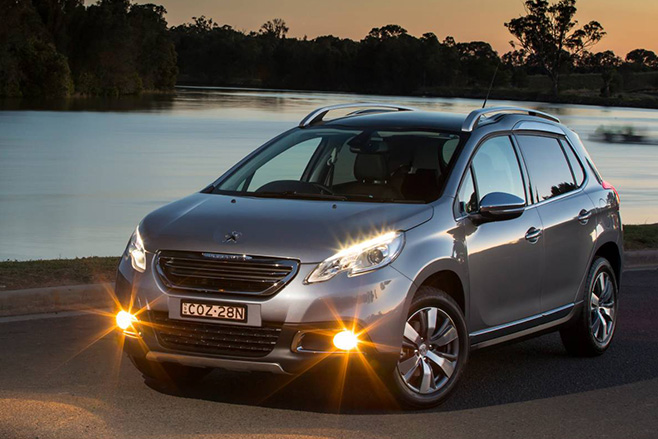 • Airy cabin. Deep side windows and lofty seating provide a feeling of space and light, backed up by an ergonomically designed driving position that favours a low steering wheel and high instrument set-up to help keep eyes on the road while cutting fatigue. Elegant dials, quality fittings, excellent ventilation and ample storage areas are further interior plus points.

• A keen chassis. The healthy new engine transplant makes the most of the smooth and responsive handling on offer, making the 2008 one of the most fun small SUVs on the market. Just as importantly, the suspension also provides a comfy and quiet ride. For refinement, then, the Peugeot has many rivals licked.

• More standard features than before. While the base Active 1.2T auto, priced from $26,490, is $1000 more expensive than the 1.6 auto it replaces, the newcomer is better equipped. The extra kit includes an overhauled central touchscreen with Apple CarPlay and a reversing camera, along with rear parking sensors, cruise control with speed limiter, folding door mirrors, and 16-inch alloy wheels. Moving up to the $30,990 Allure adds goodies such as satellite navigation, automatic parking, ‘Grip Control’ traction enhancement for driving on mud, snow, and sand, 17-inch alloys, and Autonomous Emergency Braking. 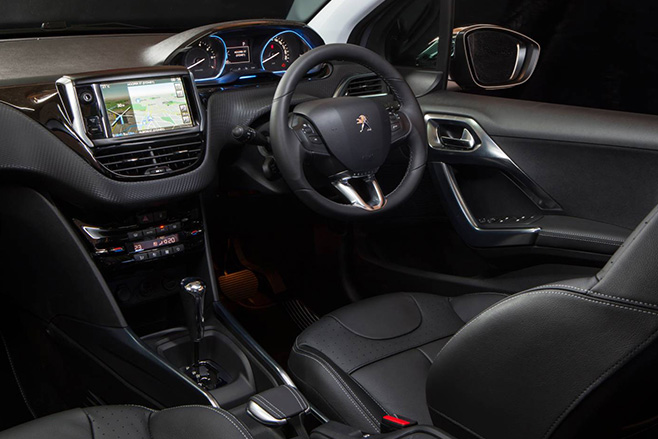 • No AEB on the base model. 2008 buyers must stretch to the Allure for the auto-braking braking technology, when rivals such as the Mazda CX-3 and Skoda Yeti offer it on every version.

• No more diesel. While we’re happy to see the back of the weedy 60kW/118Nm 1.2 and 88kW/160Nm 1.6 atmo units, the punchy yet parsimonious 68kW/230Nm 1.6 turbo-diesel was a bit of a belter, even if it was a manual-only proposition. That didn’t matter, not least rural folk, since all that extra torque meshed well with the 2008’s eager chassis.

• Auto-only powertrain. That 1.2T/six-speed auto combination is the only model, and while it is undoubtedly the smarter move for most buyers, it means there’s no more manual to sink your teeth into.

• Limited offer on five-year, unlimited kilometre warranty. The 2008 is scheduled to revert to Peugeot’s regular three-year, 100,000km warranty from June 1, 2017, reducing the level of protection on offer by a big margin.

• No AWD availability. Although the Allure and the sporty new GT-Line flagship have ‘Grip Control’ for extra soft-road traction and control, that is no substitute for a good all-wheel-drive system as found in rivals such as some CX-3 and Suzuki Vitara variants. 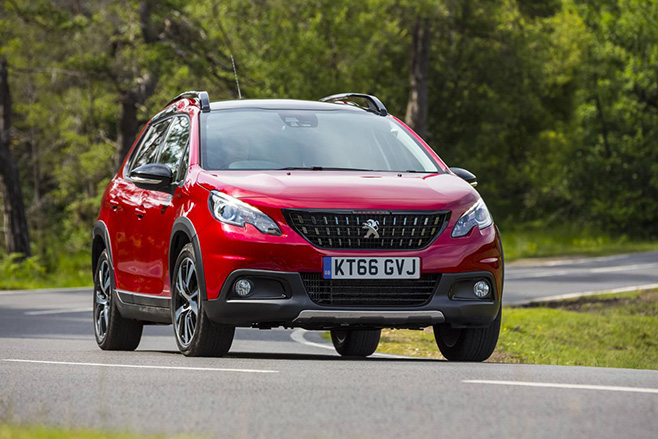 The 2017 Peugeot 2008 is shaping up to be one of the surprises of the year, since it squarely addresses the biggest issues of its lacklustre predecessor.

It is now one of the most rounded small SUVs on the market, meaning it has the potential to muscle in on top competitors such as the spirited and agile Mazda CX-3, brilliantly packaged Honda HR-V, and sporty yet refined Suzuki Vitara.

It might also provide the perfect, subtle, and relaxing tonic for people who might find the Toyota C-HR too brash, though the latter does also offer a smooth and sweet ride.

Whichever way you look at it, the 2008 is now mentioned in the same breath as the small SUV segment stars. You’d never have said that about the pre-facelift version.