Should I buy a small SUV?

Do small SUVs offer more than just a slightly more elevated view of the road?

Suzuki can claim credit for inventing the pint-sized SUV decades ago, though only in recent years has the breed taken to roads in significant numbers.

The classification of vehicle sales by industry body FCAI was even changed to accommodate these models, creating a Small SUV segment for the properly diminutive models while most so-called ‘Compact SUVs’ – such as the Mazda CX-5 - were shifted into a more suitable Medium SUVs category.

With many of the small SUVs based on the city cars from the corresponding car manufacturers, however, do the higher-riding models offer buyers more than just a slightly more elevated view of the road? 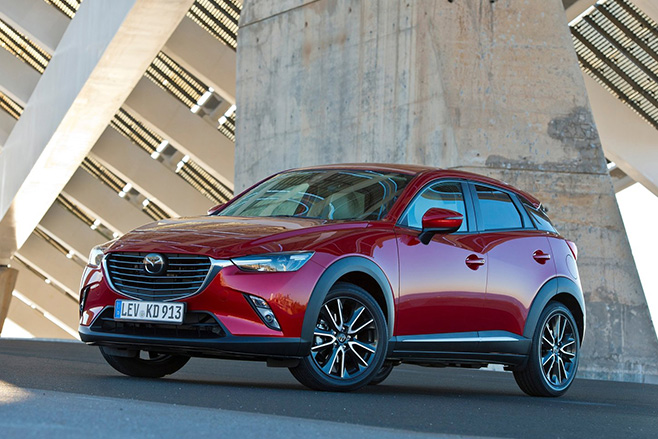 The CX-3 has an extra 29mm of ground clearance, though that 155mm ride height doesn’t exactly turn it into an accomplished off-roader. Base CX-3s are also front-wheel drive just like the 2 so there are no traction advantages. Pricing for an all-wheel-drive CX-3 starts at $26,390. While more expensive, these variants are better to drive than the front-drive models – with crisper steering and superior cornering balance. Every Mazda 2 is a sweet drive, including a great manual gearbox if you don’t mind shifting gears yourself (and save some money in the process).

A bigger, 2.0-litre four-cylinder powers the entry-level CX-3, with outputs of 109kW and 192Nm. There’s also a 1.5-litre diesel option. Yet while the Mazda 2 range features only a 1.5-litre petrol four-cylinder with up to 81kW of power and 141Nm of torque, it suits the lighter Mazda perfectly. The CX-3 weighs 181kg more when comparing automatic gearbox versions, and that also increases fuel consumption – 6.1 litres per 100km versus the auto 2’s 4.9L/100km.

CX-3 is 21.5cm longer than the 2, though the two models share the same wheelbase – and the taller model doesn’t offer great headroom as you might expect. The 2 edges the CX-3 for front headroom and legroom, and rear shoulder space. Rear headroom is virtually a dead heat, though the CX-3 has 14mm of extra rear legroom and features Isofix child-restraint anchor points. The SUV also has a slightly larger boot size – 264 litres v 250 – though families would still struggle to fit a pram in there. 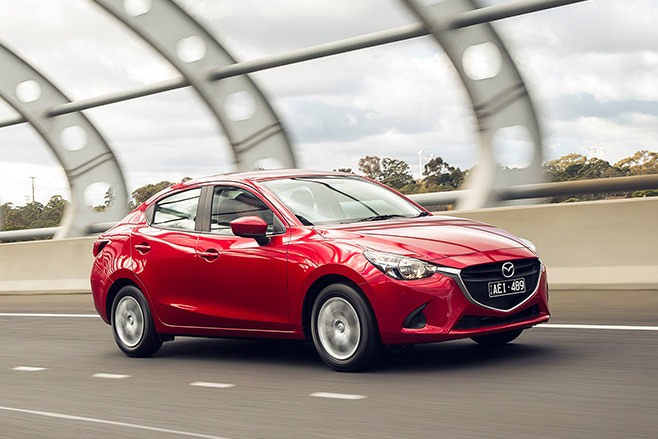 There’s not a great deal of difference between a CX-3 Neo and 2 Maxx. The SUV features 16-inch wheels but they’re steel rims where the 2’s 15s have alloy rims. The CX-3 offers more safety options, with blind spot detection, rear cross-traffic alert and low-speed autonomous braking part of a $1030 Safety Pack. That Smart City Brake feature is available on the 2 Maxx for $400.

Honda revived its HR-V badge in 2015 for a baby SUV based on its long-running Jazz city car. Again, for a more practical, like-for-like comparison, we are comparing a higher-spec Jazz to compensate for the HR-V’s higher starting price. 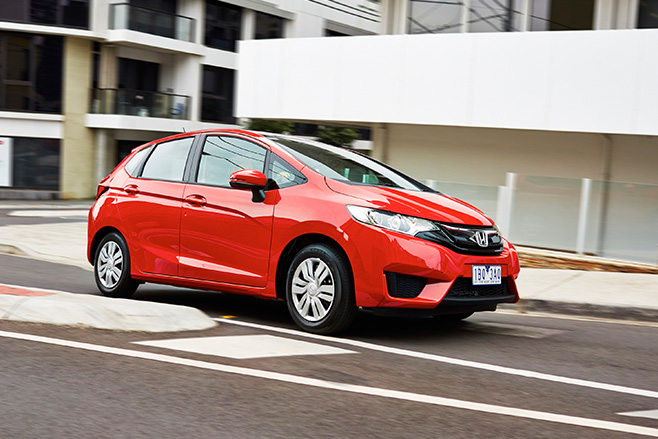 Both models are a bit lacking in the fun department in their respective segments, not helped by overly light steering. The Jazz feels lighter on its feet thanks to a kerb weight more than 200kg lower than the HR-V’s. The HR-V is the more comfortable Honda on the road, though, and of course its higher seating position will appeal to many. Its ride quality and general rolling refinement are both superior, where the Jazz’s suspension can become jittery and noisy when roads are less than smooth.

The HR-V’s 1.8-litre four-cylinder offers more power and torque than the Jazz’s 1.5-litre four-cylinder – 105kW/172Nm v 88kW/145Nm – though that advantage is offset by the SUV’s heavier mass. And where the Jazz feels like it has sufficient power, the HR-V can be left wanting for response. The 1.8L is still a smooth performer, though the only transmission is a CVT (continuously variable transmission) that welcomes the paddles available on the top-spec VTi-L but not the VTi considered here. The Jazz is available with a five-speed manual transmission, and is also more economical – officially using 5.8 litres per 100km versus the HR-V’s 6.6L/100km.

If both Hondas are down the pecking order for driving dynamics, they’re at the pointy end for cabin versatility. Both the HR-V and Jazz feature the Japanese brand’s ingenious ‘Magic’ seats, which allow for individual movement of the rear seatbacks and bases. Unlike the 2 and CX-3 relatives, the HR-V extends its wheelbase over the Jazz – by 80mm. That only liberates an extra 3mm of rear legroom, though the HR-V can also claim advantages in rear headroom (+22mm) and rear shoulder space (+49mm). The Jazz boasts one of the biggest boots in the city-car class with 363 litres, even if the HR-V offers more again with 437 litres – expandable to 1462L with the rear seats folded compared with 906L for the Jazz. 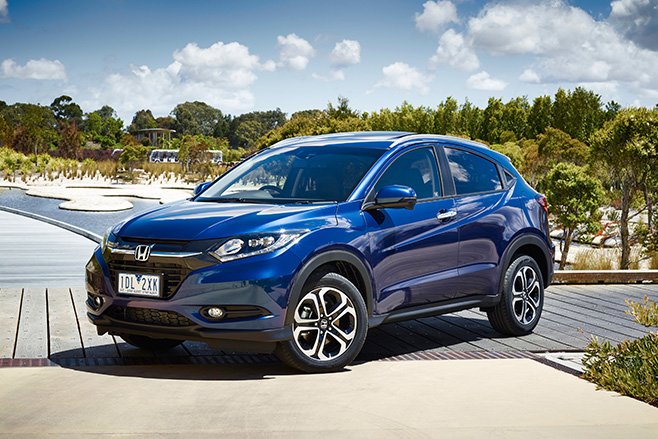 The Jazz’s higher VTi-L spec should in theory offer more gear than the entry-level HR-V VTi. That’s the case to a certain point, though not conclusively so. Exclusive to the city car are features such as keyless entry, rear sensors, leather-appointed seats, centre rear armrest and climate control. The HR-V VTi, however, brings an electric park brake, tyre deflation detection, more 12V and USB ports, Siri Eyes Free voice command, and a 7-inch colour touchscreen to the Jazz’s 6.1-inch equivalent.

So, should I buy a small SUV?

As the varying winners of our two comparisons demonstrate, it’s not a straightforward answer: it’s a case of assessing the merits of both the SUV and its similarly priced city-car stablemate, and deciding what’s most important for you. The Mazda examples showed how the SUV is not necessarily a more practical vehicle, while the Hondas proved a higher-riding vehicle with its inherently compromised balance is not necessarily worse to drive. Of course, if a high seating position is a priority, no comparison is needed!

Find out which cars made the list of Australia's best value SUVS 2016 here.