Audi still sees the appeal in offering a small sedan so, as the A3 Sportback was refreshed in 2020, it revitalised its smallest executive sedan too.

Traditionally undercutting the A4 on price by a fair chunk (depending on spec) the new A3 Sedan brings all of the tech upgrades inside and the marginally cleaner engines of the A3 hatch to the mix.

Is that really it?

Essentially yes. Just like the last A3 Sedan, it’s an A3 with a boot. If it ain’t broke, etc. Audi says this new one is 15cm longer than the Sportback and both models bring an all new look with plenty of sharper angles, a larger grille at the front and lighting signatures that fit in with the recently refreshed A4.

Inside, the blocky and futuristic cockpit looks great at a glance, with solid-feeling details like the doorhandles, steering wheel and gear shifter, regardless of whether you go for the manual or the seven-speed dual-clutch auto with its cigarette packet-style nodule sticking out of the centre console.

Elsewhere, though, the materials are arguably sub-par for Audi’s usual fare – hard plastics in several locations and plenty of gloss black panelling to get fingerprints all over.

Thankfully, the interior layout is easier to get to grips with than other VW Group cars on the same platform (I’m looking at you, VW Golf). The MMI screen – a 10.1-inch display standard across all trims – is bright and crisp, and devoid of haptic interference or a second separate screen like larger Audi cars (you get physical ventilation controls in an A3, hurrah!) is a point in its favour in terms of usability.

There’s plenty of big-car tech on the options list, too; matrix LED headlights, a head-up display and a Bang and Olufsen stereo upgrade to name a few.

Let’s drive it, shall we?

All A3 Sedans are front-wheel drive, there aren’t any quattro models that don’t have an S badge on them. 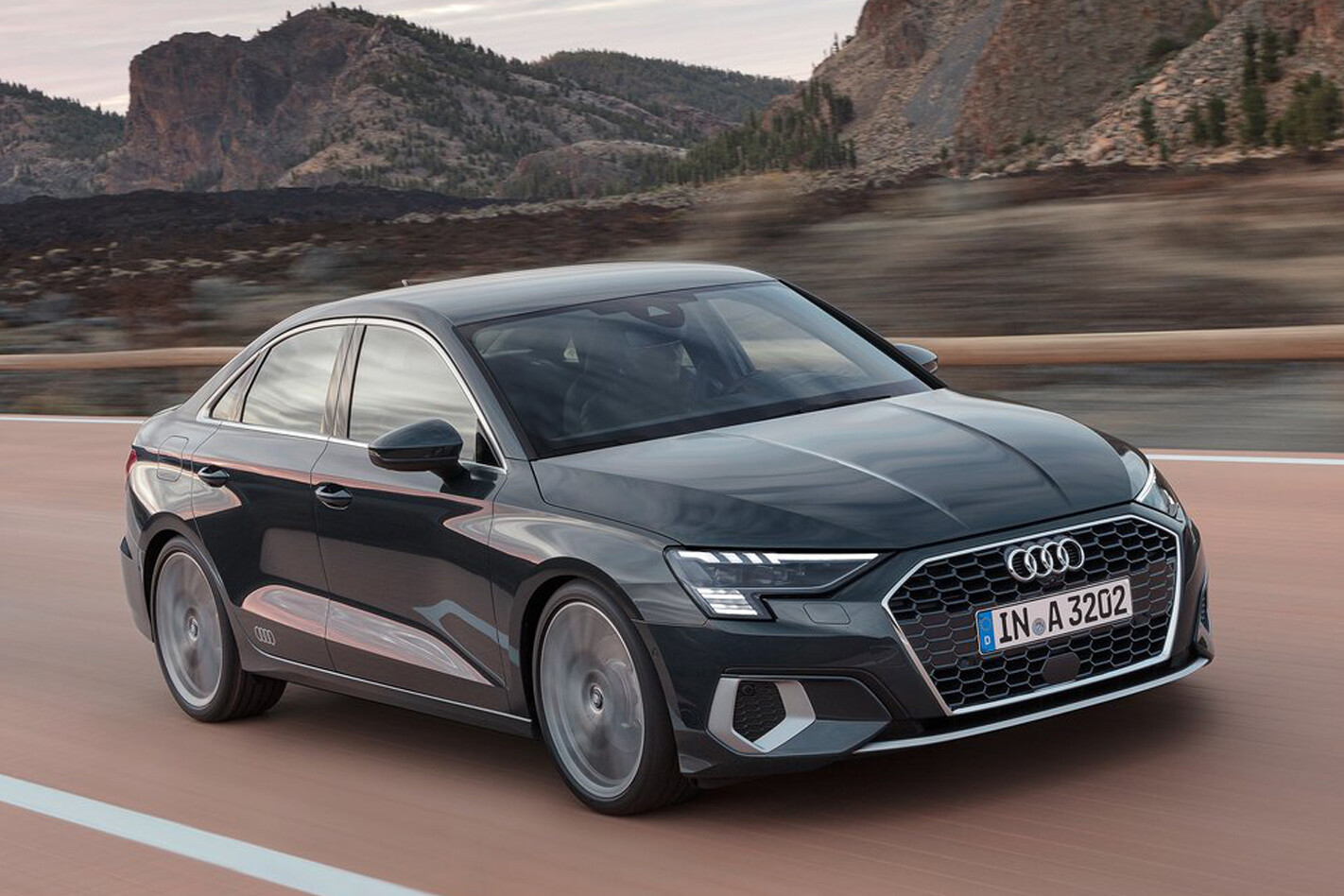 The 35 TFSI is plenty, frankly. It’s powerful enough to get out of its own way, offers up cylinder deactivation to get thrifty with it under low acceleration loads and is refined enough to remain hushed even when you rev it.

There’s a useful band of torque particularly between 2500-3500rpm, effectively negating the need to thrash it when you need to get going in a hurry. The diesels, though, will naturally offer better fuel economy returns for any long distance commutes.

Only Sport and S-Line trims offer a six-speed manual as a cheaper gearbox option and, again, it’s good: smooth-shifting enough with a little satisfying notch as you snick it into a gear.

The seven-speed auto is calibrated well, with little in the way of delay engaging a gear at a standstill and it knows exactly what gear it needs to be in quickly if you poke it enough to require a downshift – no indecision or interruptions here.

What about its handling?

Just like the latest A3 Sportback, the Sedan is an equally impressive steer. It’s all about balance here; the steering is light and direct – with what feels like a well-oiled rack.

Our S Line model had the as-standard 18-inch wheels and passive dampers with the lower, firmer sports suspension. Even with the firmer suspension setup, the ride treads a fine balance – it’s not overly crashy over lumps and ruts and naturally doesn’t wallow around sharp corners either.

We need to try a model with the regular suspension to give a more rounded view, but we’d argue this is one Audi you can get away with keeping the sports springs rather ticking the box for the no-cost standard setup.

Handy to live with?

First and foremost, this feels airier and more spacious than the cocooned cockpit of an A4, with usable enough rear seats for six-footers in terms of legroom, even sat behind one. Headroom is a tad limited, though.

MORE The boot sizes of Australia's most popular hatchbacks

As for the boot, naturally it’s not going to be as immediately usable in terms of aperture compared to the Sportback. But the actual volume is bigger than its hatch counterpart: 420 litres here compared to the 380-litre boot of the hatchback.

That’s where the payoff of the additional length mainly aids in.

So it’s up to you: do you regularly carry large boxy things that will struggle to be stuffed into a Sedan’s porthole or are you more bothered about the additional volume?

Audi’s tried-and-tested formula hasn’t changed much for the A3, regardless of the body shape you’re particularly interested in. It one-ups VW’s Golf and Seat’s Leon for having more easy-to-use technology and a body style neither brand has to compete with, all with the same refined engines and accomplished chassis.

It’s not tremendously exciting – you’d have to look at an A-Class Sedan for more visual drama and clever tech, or perhaps Audi’s own S3 sedan if you want performance thrills – but it’s an impressive small sedan that’ll look good on your driveway.

Now all we wait on is to know how much it'll cost when it lands in Australia next year.

MORE What's next for Audi sportscars?