The 2017 Fiat Abarth 124 Spider is a new two-door convertible sportscar made by the performance arm of Fiat. It shares many of its underpinnings with the highly rated Mazda MX-5, and arrives in Australia in October priced around $40,000. Here are eight unique factoids about it.

1. It’s an MX-5 underneath. Fiat jointly developed the Abarth 124 Spider with Mazda and much of the chassis and interior design touches – like the dials, infotainment screen and steering wheel – are lifted from the Mazda. The Fiat is also built in Japan at Mazda’s HQ, though its unique exterior styling was penned in Turin, Italy.

2. It’s turbocharged. Unlike the Mazda MX-5 which uses naturally aspirated engines, the Fiat sports a more powerful 1.4-litre four-cylinder turbo that produces 125kW/250Nm. That’s 7kW/50Nm more than the most powerful MX-5, and helps the Abarth hit 0-100km/h in a respectable 6.8 seconds.

3. It’s light. The Abarth 124 Spider hits the scales at 1060kg, with this svelte frame helping everything from dynamics, performance and fuel economy. However it is slightly heavier than the welterweight MX-5 thanks to its beefier turbocharged engine and stronger brakes and larger dimensions.

4. It sounds good. Quad tailpipes give the Abarth 124 a rorty soundtrack, which can be enhanced even further by an optional Monza exhaust.

5. It has pedigree. The Fiat 124 badge has a long history, first appearing in the late 1960s featuring a body created by iconic designer Pininfarina. Abarth produced a racier, more powerful version in 1972, called the 124 Rally, to which this new model pays homage with an optional black bonnet and boot lid.

6. There might be a coupe version. Officially, Fiat says it has no immediate plans for a hardtop version of 124 Spider, but industry insiders hint that market demand could see one join the lineup. It wouldn’t use the folding targa-style hardtop of the yet-to-be-released Mazda MX-5 RF either, with Fiat tipped to develop its own hardtop design.

7. It’s safe, and scores equipment the MX-5 doesn’t. Aussie versions of the Abarth will arrive with optional safety gear like blindspot monitoring, adaptive LED headlights and rear cross traffic alert, which warns you of approaching cars when reversing. There’s also a standard reverse camera, which is a notable omission on the MX-5.

8. There’s a less powerful version, but we aren’t getting it in Australia. Fiat also makes a ‘regular’ version of the 124 Spider that produces less power and focuses more on comfort than performance which it sells in other markets. 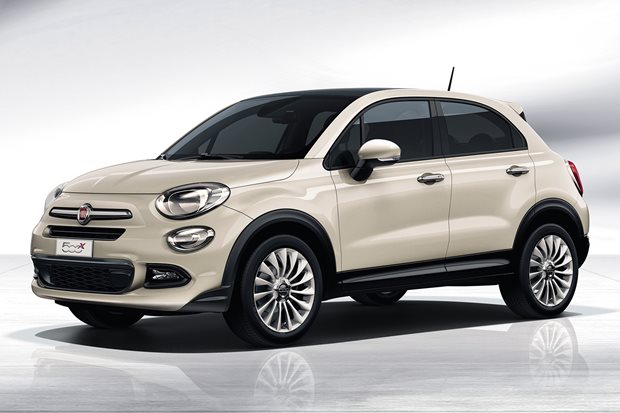