The letters RF – for Retractable Fastback – signal the answer for those wanting a Mazda MX-5 that offers open-air motoring, coupe-style looks, and the greater security of a hardtop roof.

Mazda’s new variant of the 2016 Wheels Car of the Year MX-5 soft-top roadster is being shown at this week’s New York motor show, revealing a different approach to the previous retractable-hardtop version.

Where the previous, third-generation MX-5 featured a conventional folding metal roof, the RF stows only the middle roof section – with the rear section first lifting as part of the operation before returning to create a look similar to that of sports cars such as the Porsche 911 Targa. 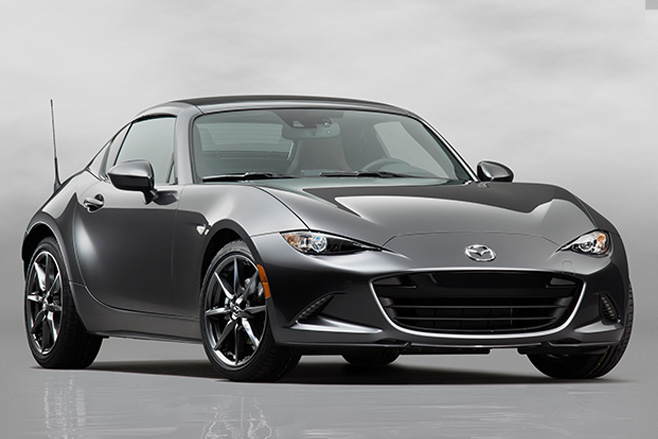 The set-up includes retractable rear glass to enhance the open-air driving experience, while the roof can be opened or closed at the press of a button up to a driving speed of 10km/h.

Mazda says the RF has the same 130-litre boot space as the Roadster despite the more sophisticated roof system, which will open or close in about 12 seconds – making it potentially the fastest-operating automated roof systems in the world. 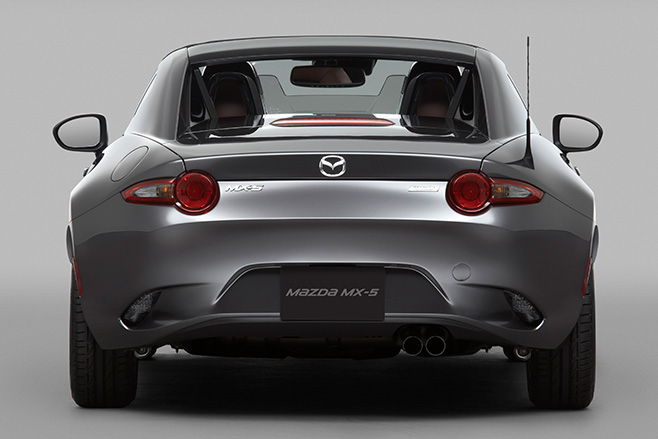 The Japanese brand told WhichCar the three-piece metal roof shouldn’t add too much weight and therefore have minimal effect on performance.

The Mazda MX-5 RF will be offered in Australia with only the bigger, 2.0-litre four-cylinder engine and the choice of six-speed manual or automatic gearboxes, when it arrives in early 2017.

The Roadster includes the choice of a smaller, less powerful 1.5-litre engine. 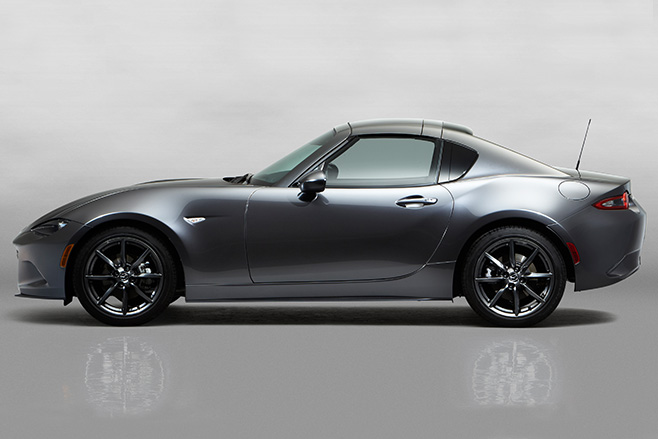 Expect the RF to carry a premium of a few thousand dollars over the 2.0L Mazda MX-5 Roadster that costs from $34,490 – meaning a starting price not far below $40K.

The only exterior dimension to change for the RF is a 5mm increase in height, which could be welcome news for taller drivers who find the Roadster’s headroom a touch too tight with the fabric roof in place. 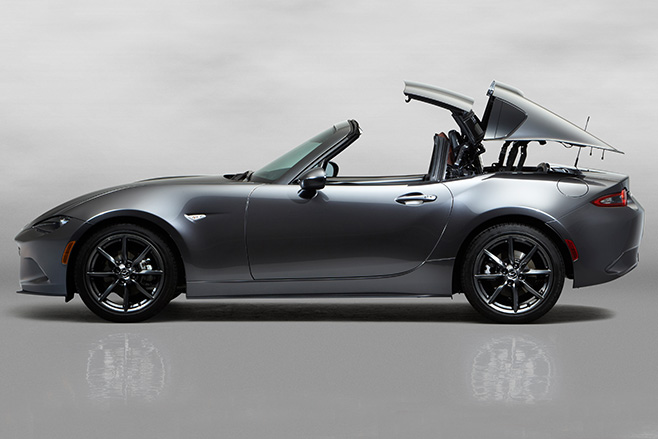 The roof liner also features increased sound absorption as part of moves to give the RF greater sound insulation. 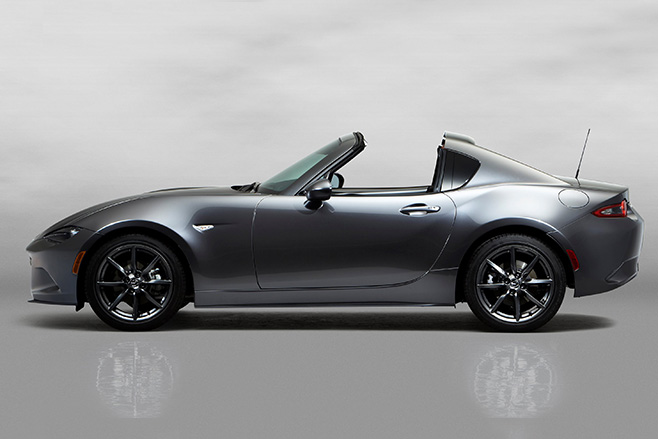 Click here to read the full review on the Mazda MX-5 range.