The Fiat Abarth 595 is a new entry point to the Italian brand’s performance focused line-up. Here are a few facts and figures about it.

1. It’s the most affordable Abarth ever sold in Australia. Priced from $27,500, the Abarth 595 undercuts the previous cheapest model by a hefty $6500.

2. There are expensive Abarth models, though. While the 595 is the entry point to the range, sitting atop the Abarth hierarchy is the track-focused 695 Biposto which costs $65,000. Only 15 were imported to Australia and they’re all sold.

3. The brand’s creator, Carlo Abarth, was born on November 15, 1908, making his star sign Scorpio. Abarth models feature a scorpion on their badge to reflect this.

4. It’s tiny. The Abarth 595 is one of the shortest cars on sale in Australia, measuring only 3.6 metres long and 1.6 metres wide.

5. And it’s fast. Being small means it’s light, and the 595’s turbocharged engine is powerful enough to propel it from 0-100km/h in a respectable 7.9 seconds. Give it enough space and it’ll even sail to a top speed of 205km/h.

6. Being tiny doesn’t mean it’s cramped. The cabin is roomy enough for two adults up front and (very) small children in the back. And while the boot isn’t huge (it’s only 185L), it’s still big enough to swallow two large overnight bags.

Now read our review on the Fiat Abarth 595. 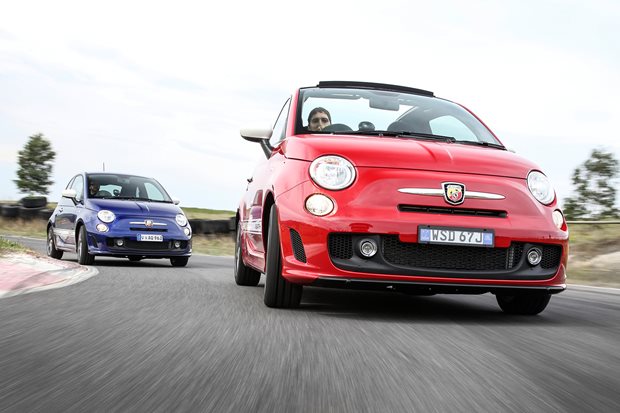 It’s the cheapest Abarth ever sold in Australia, but does the new entry-level Abarth 595 live up to its feisty Italian heritage? Read on to find out. 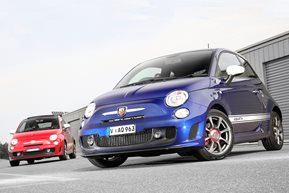