50 years ago at the 1966 Geneva Motor Show, Lamborghini revealed the Miura – the world’s first supercar. As we wrap up the same show half a century later, we look back at this icon of style.

Often heralded as Lamborghini’s most beautiful creation, the Miura is one of the most revered cars of all time. 50 years since its public debut, we take a look at what made the Miura so special in period, and why it is still such a collector’s item today. This is where the legend of the Raging Bull started. 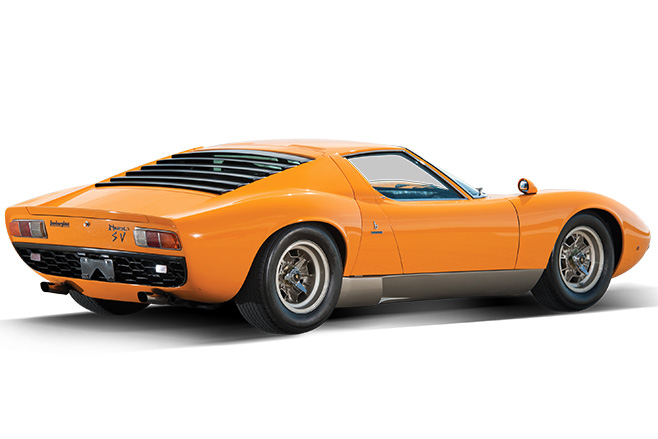 Lamborghinis and V12s just seem to go together. It’s been that way since 1963, when Ferruccio Lamborghini decided to get up Enzo Ferrari’s nose.

The debutante 350 GT was a nice enough car, but Lamborghini could easily have become just another ambitious, short-lived Italian sports car brand. It was what came next that really brought home the harvest.

The Miura was launched at the 1966 Geneva motor show. At the time, it was the world’s fastest production car, the first to be mid-engined, and the first with a transverse V12. 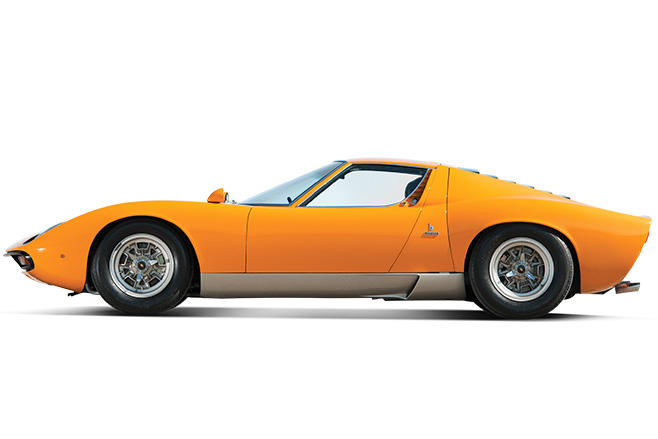 Quite aside from its technical interest, the low-slung two-seater also re-wrote the book on sports-car styling. The ink in that book had barely dried from the Jaguar E-Type, but here was Sophia Loren meeting Olive from On the Buses.

Amazingly, three of the Miura’s main architects – chassis designer Gian Paolo Dallara, stylist Marcello Gandini and Kiwi development driver Bob Wallace – were still only aged in their mid-20s when they created this classic.

The transverse V12 engine was designed by Giotto Bizzarrini, who had fled Ferrari in 1961. The quad-cam, 60-degree V12 was much as it had been designed for the front-engined 350 GT, but here enlarged to 3.9 litres and cast in unit with the transverse five-speed gearbox.

Bizzarrini’s engine was destined to be a legend. After Miura, in longitudinal configuration it was successively enlarged and used in the Countach, Diablo and Murcielago until 2012. 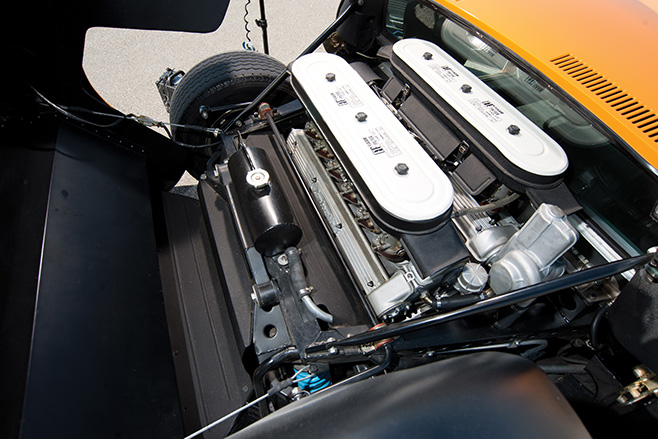 Dallara’s sheet-steel monocoque chassis, with its ‘Swiss cheese’ holes for lightness, was beautiful enough to display naked at the 1965 Turin show. There, the clothing of it was entrusted to Nuccio Bertone, who had young Gandini and also, reportedly, Giorgetto Giugiaro both work on the design.

The P400 Miura could top 280km/h. An interim, up-specced ‘S’ led to the last of the line SV in 1971, which had yet more power and revised, wider rear suspension. But Miuras never officially raced; Ferruccio forbade it.

Ferruccio sold out of his car business in 1972-73, a timely move because in 1973 the supercar market was gored – and la estocada dealt to the Miura – by the worldwide OPEC oil crisis. 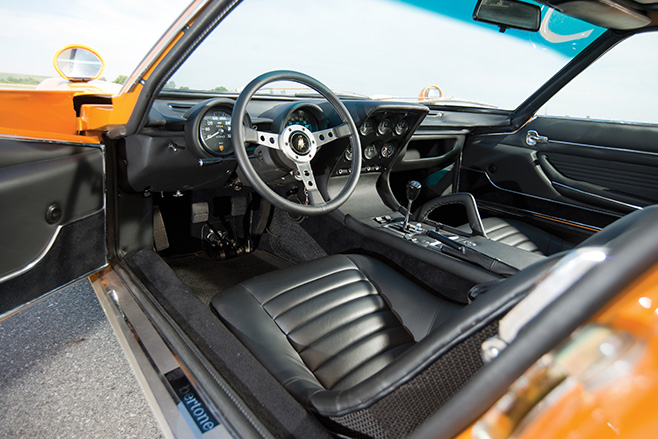 Miura’s front and rear clamshell panels are as dramatic in operation as they are in appearance. SV versions, such as this Miura Giallo example, deleted the earlier Miuras’ headlamp ‘eyebrows’ that framed Fiat 850 headlights. SV’s tail-lights were from the Fiat Dino Spyder. Interior spec stepped up with S in 1968; SV (Spinto Veloce, meaning “pushed fast”) introduced real leather and air-conditioning.

1. Birth of the bull

Miura introduced Lambo’s bull model names. Ferruccio, a Taurus, chose his company logo during a 1962 visit to the Miura ranch in Seville

The cliff-plunging Miura P400 in The Italian Job (1969) was a written-off car donated by Lambo. Driving scenes used a customer’s car.

Ultimate Miura was the one-off Jota built in 1970 by test driver Bob Wallace as a race-spec road car. It was sold and only months later crashed and burned