The WhichCar Style Award is a celebration of the automotive industry’s innovation and dedication to design and style. Our panel of experts narrows down this year’s contenders to a list of just 12 of Australia’s most stylish cars.

The Audi A4 merges style with driver enjoyment. The luxurious mid-size sedan is not only enjoyable to drive, but one of the leaders in design and quality. Now in its ninth generation, previously under the guise of the Audi 80, the German automaker has worked hard to come up with a product as polished as the A4. 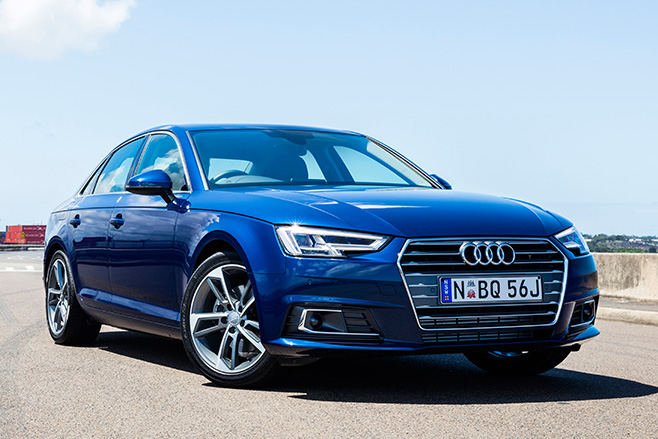 The all-new model was released earlier this year as a lighter, more dynamic sedan packed with more driver and safety technology. And while the exterior only received very minor design changes, its cabin received a stunning upgrade on the inside. A spacious cabin, exquisite textiles, and striking instrumentation all work together to create a spirited segment frontrunner.

The French stand out from the crowd and while the Spanish are known for their vociferousness, so it’s no surprise the French-designed, Spanish-made Citroen C4 Cactus is one of the wackiest designs on the Aussie new-car circuit. 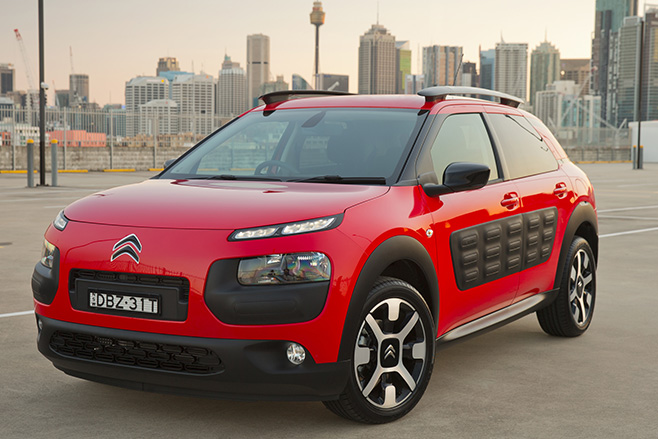 The first thing most people will notice about Citroen’s small SUV is the standout AirBumps. This concept-made-reality feature basically acts as bubble wrap for your car. Gone are the days of door-to-door dents and supermarket trolley scratches.

Even without these edgy design choices, the strangely-named Cactus offers a sophisticated yet simple design inside and out. The interior is spacious and engaging; the door handles mimic luggage handles, the glovebox carries the bump theme and the materials are elegant.

There’s no doubt the Cactus is one of the most characterful and compelling cars available in Australia, which is its greatest strength and also its Achilles heel.

There’s a reason all Sally wanted to do was ride around in her Mustang. Ride, Sally, ride! 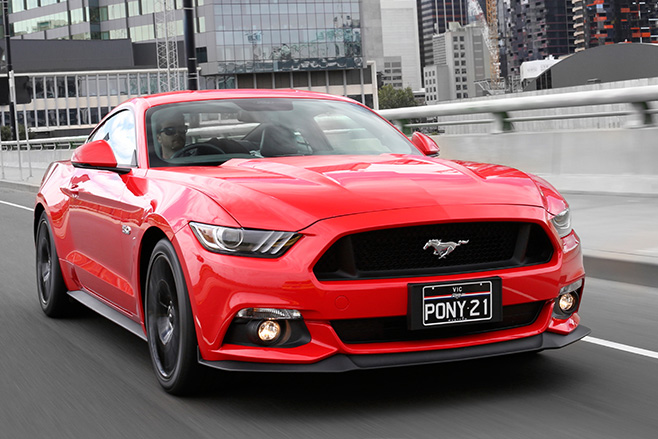 The Ford Mustang is a muscle car unlike others of its kind. It’s tough, and it’s wild, but unlike many of its competitors carries itself as a down-to-earth daily-drive option.

The pony car has continued under the same name since 1964 in the USA, but only two models officially made it to Australian shores. So the 2016 Mustang was one of the most anticipated arrivals this year. Ford designers reimagined the original design with a gloss of sophistication.

It’s not all design-wins for the Mustang, however. Its big exterior is met with a small and busy interior. But it is an icon, and alongside Sally, the classic car has appeared through Hollywood since before Steve McQueen raced a 1968 Ford Mustang GT against a Dodge Charger in the 1968 movie Bullitt. If it’s stylish enough for Hollywood, then we’re in.

The brand-new Astra has been chopped into a whole new design. By name alone, its place on the Style Award’s list is questionable. But if we step away from reputation for a moment and judge this car by its styling alone, we’ll see it’s packed with surprisingly smooth details. 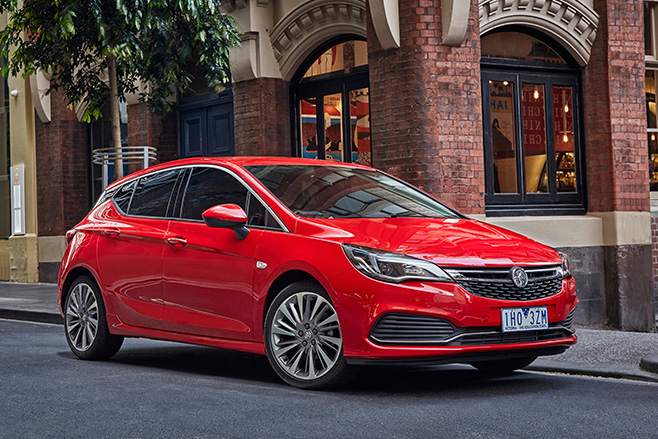 Oozing quality and style, the all-new Astra feels right at home in the small hatch segment. Matched with refinement, dynamics and loaded with technology, it’s earned its place on this list.

Stand out mentions include the floating roof, and clever highlights like a slot for your smartphone. It also offers Apple CarPlay, Android Auto and digital radio.

The Honda Civic has many torn in terms of its place in the style awards, but one thing no one can argue is that it’s eye-catching. 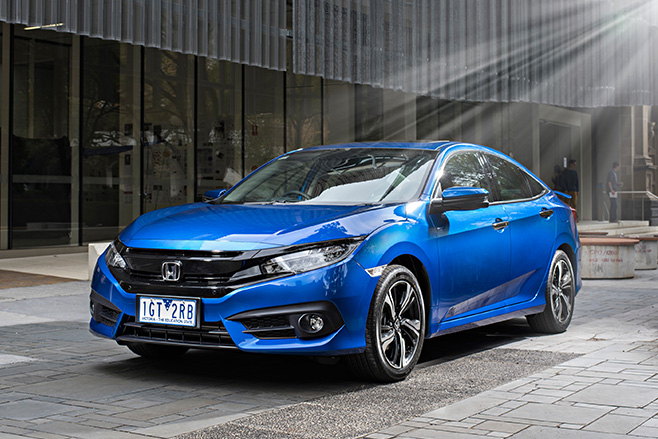 Traditionally, the Civic has been popular with the pensioner-generations, but Honda is targeting the younger market with this new sportier design.

The interior has undergone a makeover too, with the Thai-built sedan receiving a more refined, uncluttered centre console and better quality textiles.

Buyers will also love that it comes with more gear including a seven-inch touchscreen, Apple CarPlay and Android Auto, parking sensors and a reversing camera.

Infiniti, the luxury arm of Nissan, is known for its unique styling, and the Q30 delivers on this. Infiniti’s cheapest offering, the Q30 is based on a Mercedes-Benz platform and shares similarities with the Mercedes A-Class, CLA and GLA, although its skin is pure Infiniti. 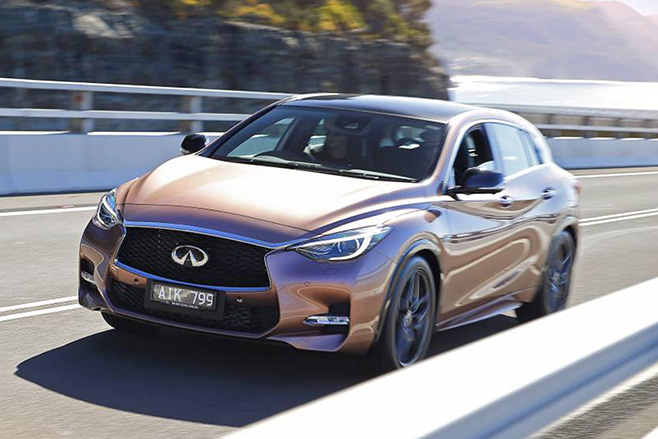 The Q30’s finishes are quality, and the exterior is certainly eye-catching with its edgy, lined, angled, and creased exterior. Like anything that dares to be different, some will love it, some will not. But we’re a fan of anyone who takes the gamble.

As Jaguar’s first ever SUV, the world expected big things. Jags are known for their style, their pace and their elegance and the Jaguar F-Pace certainly delivers. 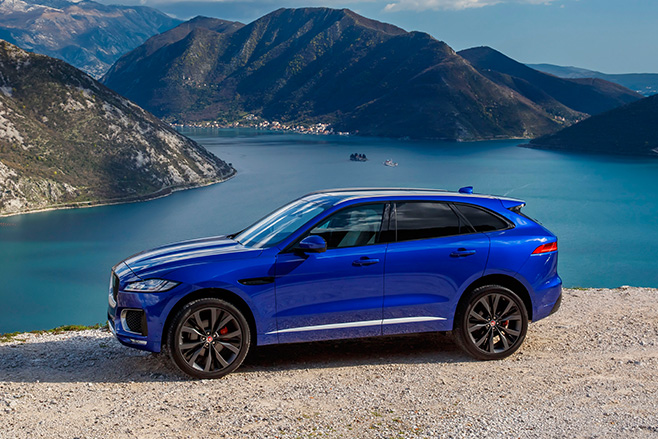 According to Wheels magazine, the Jaguar F-Pace features “Jaguar’s most accomplished interior design in recent times”. Using high quality and stylish finishes, the F-Pace may not be as flashy as some of its competitors, but it’s sporty, comfortable, and hard to fault from a design perspective.

The exterior is simple, yet eludes a type of luxury you’d expect of the British brand.

It was Coco Channel who once said “simplicity is the keynote to all true elegance”, which sums up the Mazda CX-9. The big seven-seater maintains the SUV style without giving in to bus-like proportions. 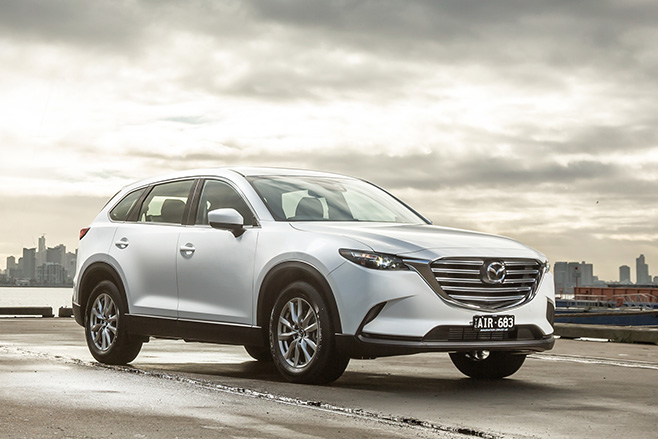 The Mazda CX-9 has no WOW factor. It’s not flashy or particularly luxurious and it doesn’t have diamond-encrusted anything. It’s a car built for families: simple, practical and efficient. And this is exactly what it does so well – less is more and the CX-9 remains stylish without being too OTT.

Unlike other people movers, the CX-9 managed to merge practicality with design flair. Mazda has paid close attention to detail to create a striking and handsome exterior, while the interior is composed of elegant and stylish textiles that makes the large Mazda feel more premium than lifeless.

Match this with a suite of technology and equipment, and it’s no surprise the Mazda CX-9 is such a popular choice.

There’s a lot that can be said about MINI, but no one can argue that style is kind of its thing. Developing such a unique design signature, there’s no other design quite like the MINI range. But the Clubman strays from MINI-esque style because it’s bigger and more practical than its brothers and sisters. It’s actually a contender for families wanting something a little different to the humdrum SUV while still holding on to the practicality. 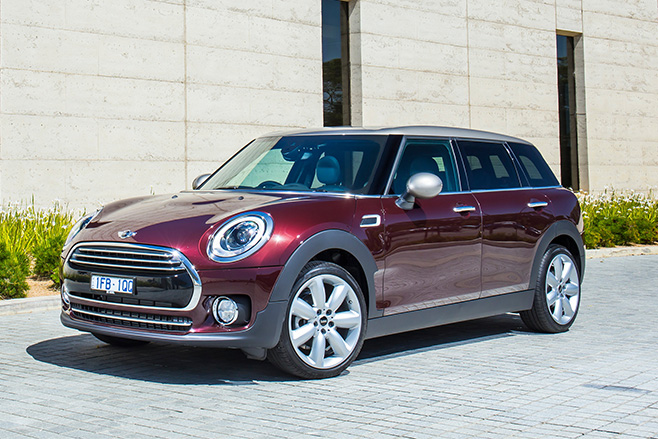 So the Clubman continues the genetics of MINI, while also gaining its own unique characteristics such as width, space and packaging. The interiors too hold on to the circular physiognomies, while entering into a new realm of edges, like square air vents.

It’s a MINI without being too MINI and it works.

The Megane is Renault’s version of a playground for adults. It looks like it’s the type of car that should be enjoyed by unripe drivers, and yet, in its newest form, it’s got more seasoned than ever before. 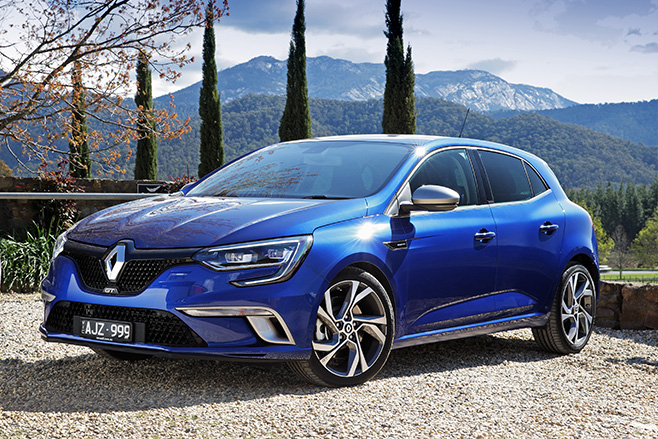 The Megane is fun to drive, particularly if you get up to the GT Line and GT models, and yet, it feels surprisingly adult.

From the outside, thanks to its large backside that Renault has actually reduced in size the Megane’s exterior gets heads turning for more subtle reasons.

Inside, it feels premium as you’d expect from the French and it’s nothing short of interesting. Despite its inconsistencies, buyers will either love or hate the interface and interiors.

Forget James Bond – Skoda’s medium entrant, the Superb, is like the dorky high-school friend who shows up at the reunion in a suit and suddenly becomes Mr Suave. 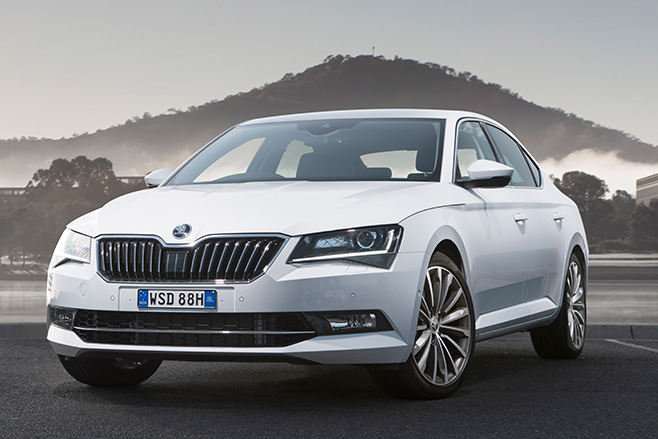 From the outside, the Superb looks elegantly proportioned, but inside you walk into SUV proportions. At least in the best-selling wagon form.

The styling of the Superb is, well, superb. It’s sharper than some of its German competitors, comes with plenty of practical storage ideas and has enough space to make it a decent option as a family-car. Throw in excellent quality, refinement and an attractive price-tag, and you’ve got yourself a surprisingly striking option in the medium-to-large segment.

Volvo’s S90 is the brand’s largest and more luxurious sedan available. The Swedes aren’t traditionally known for elegant automotive style, but that changed this year thanks to the Volvo XC90 and XC60. So it’s no wonder, then, most expect the S90 to be elegant with a premium feel. 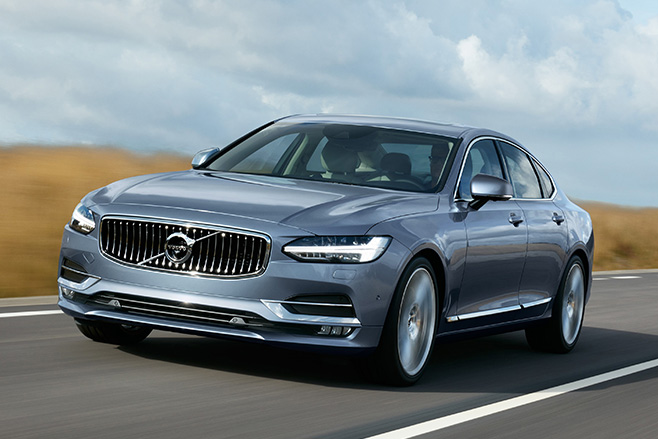 The cabin is clean and organised, even if a little sparse. Wood and metal complement each other to create an elegant and understated interior, with chic finishing touches which contribute to the overall feeling of minimalism.

From the outside, the sedan looks sporty and clean, even if the rear has polarised opinions. But the S90 is a refreshing and stunning entrant in the large sedan segment.