Ford V Ferrari, which documents the battle between the two companies around the 1966 Le Mans 24 Hour race, has been nominated for four Oscars, including Best Picture, Best Film Editing, Best Sound Mixing and Best Sound Editing.

It joins a strong list of Best Picture contenders that includes the huge Netflix hit, The Irishman, the war epic 1917 as well as another car-centric biopic, Once Upon A Time… In Hollywood.

Could Ford V Ferrari go against the grain of car movies in Hollywood and take home the big prize?

The odds are, quite honestly, against it, especially when a lot of casual moviegoers equate ‘car movie’ with relative duds like Tom Cruise’s 1990 NASCAR pic Days of Thunder or arguably the worst car/racing/overall movie ever made, Sly Stallone’s colossal 2001 stinker, Driven. 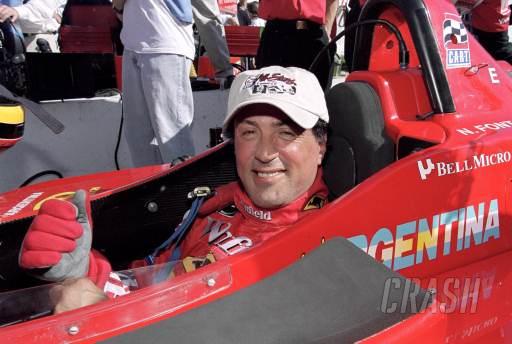 Sly wasn't smiling after the reviews came in...

But step back from the pure racing genre, and car-centric movies have actually done all right at the Oscars.

Driving Miss Daisy (the centrepiece being a Hudson Commodore and a series of Cadillacs) and Rain Man (starring a 1949 Buick Roadmaster) have both claimed Best Picture wins, while1985’s Back To The Future (starring a DeLorean) and 2006’s Little Miss Sunshine (1973 VW Kombi) have also struck gold at the Oscars.

The 1960s was a good decade for car flicks, too, with the epic racing pic Grand Prix (below) claiming three in 1965. Some pub trivia – Steve McQueen was slated for the lead role of American racer Pete Aron (it went to James Garner) in Grand Prix, but an early stoush with producers saw him passed over.

He was so angry that he then largely funded the cult classic Le Mans out of his own pocket... and lost millions.

James Garner passed away in 2014

Ford V Ferrari combines a brilliant tale of corporate largesse against a backdrop of the underdog, and while – as with the majority of racing flicks including Ron Howard’s Niki Lauda/James Hunt biopic Rush – the action is overly Hollywood in its execution, the story is compelling… and its 2019 box office success even more so.

And hey, if La La Land can win an Oscar… The awards are handed out on February 10 in Hollywood.

Car-centric films that have won Oscars

Back To The Future (1985) – Best Sound Effects Editing