The trope quality over quantity has never been more apt. There may only be eight contenders in the $50-100K category, but it's a world-class field.

We’re not sure if MashFeed, Buzzable, or whatever-named, list-obsessed websites have yet to feature a “10 Two-Parters You Should Piece Together Before You Die”.

If they had, such a version of these clickbaits would surely include Quentin Tarantino’s gory-ous martial arts flicks Kill Bill Volumes 1 and 2 (if only to watch Uma Thurman slashing baddies while squeezed into a striking yellow jumpsuit).

Then there’s Guns’n’Roses’ verbally vicious Use Your Illusions I and II albums, which dropped enough F- and C-bombs to possibly blitz records for the amount of profanities used on compact disc (hey, it was the ’90s).

And they could add Motor’s Bang for your Buck (which is far less violent despite the name). There was effectively a ‘To be continued…’ in our last issue, as we kicked off the first half of our 2015 BFYB coverage. 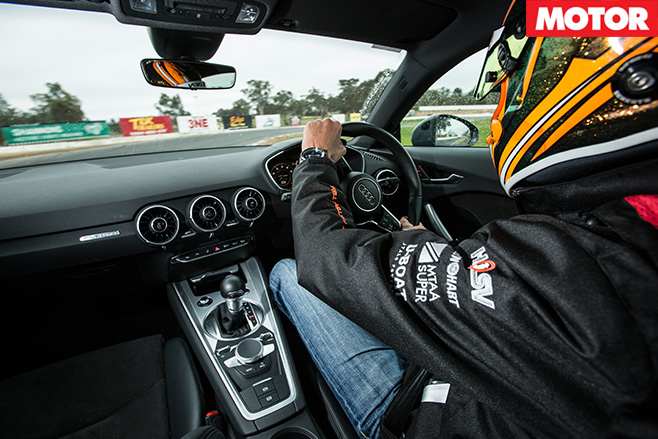 Missed it? Outrageous. We could force you to download the iPad version of our October issue, but we try not to hold grudges here, so a quick recap of what Bang is about and what happened last month.

Bang for your Buck is one of Motor magazine’s biggest events – an annual mission to find Australia’s best-value sports car. Eligibility requirements are straightforward: a car simply needs to be new in some notable way, cost less than $100,000, and, well, be sporty.

This gave us 22 toys – sorry, contenders – to play with, comprising 15 hatchbacks, three sedans, three coupes, and one SUV. Of the 11 brands represented, Ford had the most contenders with the Fiesta ST and a trio of Falcon XRs. 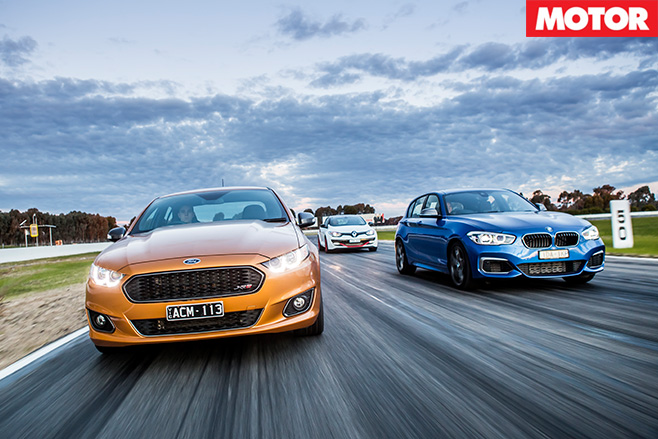 These were then split into two categories: $0-50K and $50-100K. Testing was conducted purely at Winton Raceway, with professional pedaller Warren “Wazza” Luff recording laptimes and apex speeds, while dep-ed Scott Newman took care of other key stopwatch stats such as 0-100km/h, 0-400m, and 80-120km/h.

This data accounts for 80 per cent of a vehicle’s Bang Index score, with the 20 per cent formed from the seat-of-the-pants assessment and rankings of our five judges. 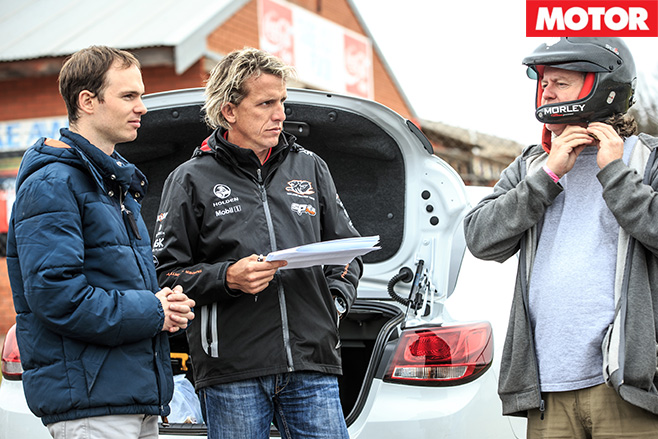 When these figures were entered into our long-established spreadsheet formulas along with the Price Index – based more simply around the respective cost of the cars – the Microsoft-ware flashed up the Ford Fiesta ST as the winner of the $0-50K field.

It compensated for the misfortune suffered by Ford’s other ST – the Focus that DNF’d after an incorrectly secured intake hose blew off to leave a not-so-blown hot-hatch. The Fiesta’s victory reflected a generally strong showing from the smallest hot-hatches, with the Ford followed home by the 208 GTI 30th, Polo GTI and Clio RS.

This is not to suggest that cheeapness is key to winning BFYB. Think of the trend as having more to do with the greater prevalence of turbochargers among these pint-sized performers – boosting speed without the stickers heading too far north (if at all), and greatly improving the Bang/Buck ratio that’s more important here than power-to-weight ratios.

And while the results are mostly influenced by the data, it’s interesting that the top four almost exactly mirrored the judges’ subjective ratings – with just Polo GTI and Clio RS positions the other way around. 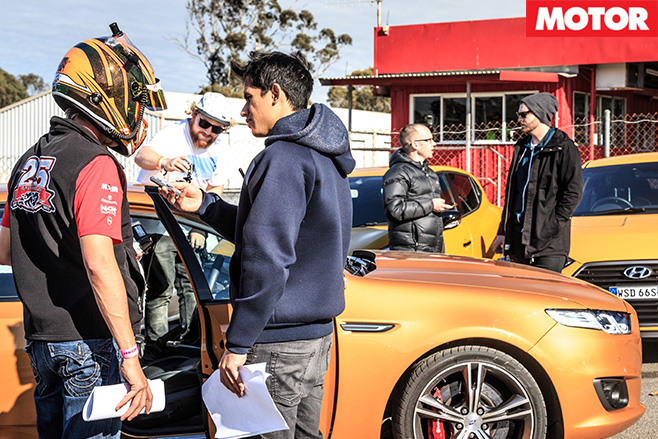 The two-time-winning Polo GTI might be disappointed with third despite this year advancing with a bigger engine and retreating on price with a manual, pipped not only by the ST but also Peugeot’s homonymous hatch that proved the 30th Anniversary tag marking the fabled 205 GTI was an apt one.

It was great to see the return of the Astra nameplate – a former winner in SRi Turbo guise – and the fastest of two versions, the VXR, finished a creditable fifth, with the GTC ninth. Two XR6 Falcons were also present, with again the quicker variant (Turbo) enjoying as much of a gap in the final ladder as it did on the track.

The Megane GT220 replicated its midway position in Renault’s small car lineup with eighth out of 14, while the fortunes of other contenders in the lower half of the table could be simplified by being described as suffering from either a shortage of Bang (XR6, Astra GTC, Veloster Turbo, 308 GT) or excessive Bucks (S1 and DS3). 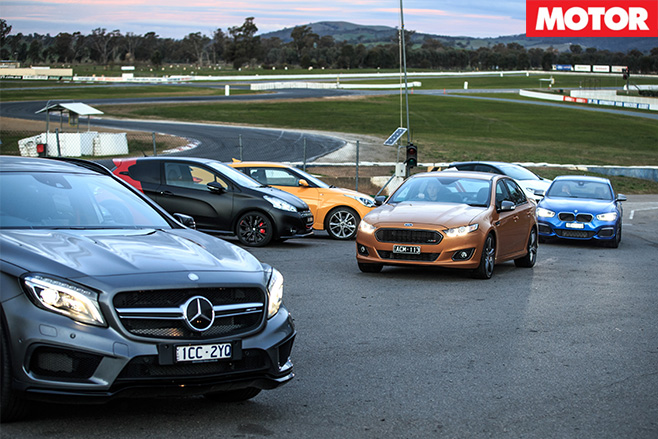 So what can we expect from our smaller, $50-100K group in the pages ahead? Audi’s TT has been more trendsetter than pacesetter since its conception, though the third-generation coupe’s handling promises to look tidier on the limit.

BMW’s M135i and 228i may well be last of the brand’s compact rear-drivers, so we’ll be savouring them regardless of their results.

No BFYB is complete without some quintessential Aussie muscle, and Ford Australia’s Falcon XR8 – nee FPV GT – will be hoping to emulate the likes of the HSV Clubsport R8 (2000), Holden Commodore SS (2006, 2007) and the company’s own XR6 Turbo Ute (2008). Victory is even a formality, according to many on Motor’s social media channels.

Lexus’s new coupe, the RC350, is the lone flag-bearer for V6s and certainly looks sharp, but will have to drive the same way to better the 18th place achieved by its four-door twin, the IS350, in 2014. 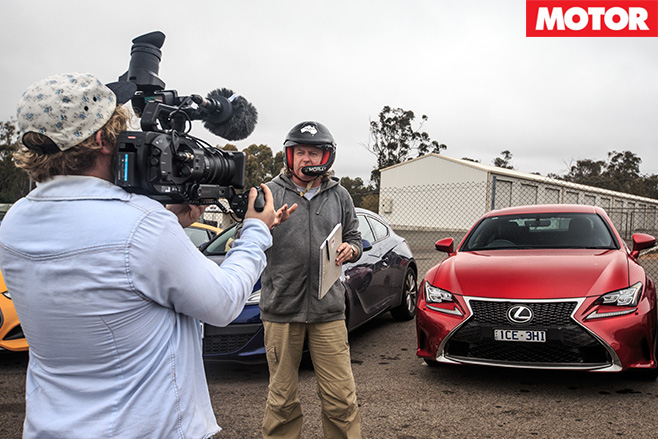 AMGs and SUVs are rarely found in BFYB, but while that makes Merc’s GLA45 a bit of an oddity it will also have to overcome the odds with the biggest price tag of 2015.

The heavy-hitters are capped off, still alphabetically, by two of the current hot-hatch greats: the Renault Megane RS275 Trophy-R, the hardcore version of the, er, hardcore Megane, and the Volkswagen Golf R that’s no longer a more expensive but less entertaining relative to the GTI.

A wider issue for the bigger hot-hatches is whether they can overcome recent history that has seen the more dimunitive members of the breed dominate the past four years.

We could list more questions, but let's just get Part Two underway…