Exactly how fast is the Tesla Model 3 Performance?

For Wheels Car of the Year 2020 we issued a new challenge for each of the contenders – independent performance testing.

A staple of Wheels comparison tests, this year’s COTY was the first time we cracked open the VBOX to put each manufacturer’s acceleration claims to the test.

This new level of testing had us rather excited, because part of this year’s field was the Tesla Model 3 Performance, arguably the most exciting performance car of the moment.

Tesla hasn’t been shy about making big claims about how fast its vehicles are, and it was time to put Elon’s statements under the microscope. 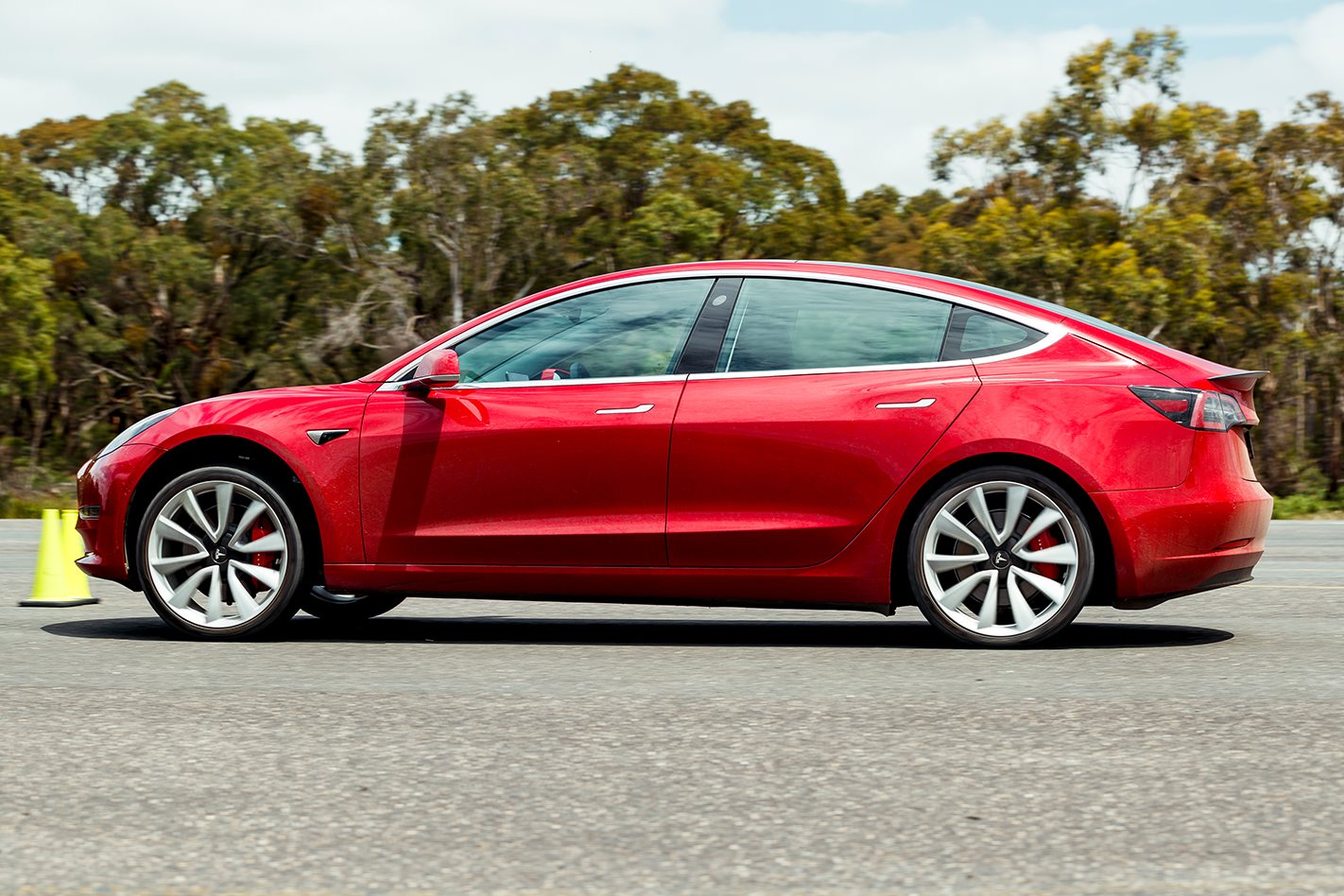 At the time of testing, Tesla claimed the Model 3 Performance would sprint to 100km/h from a standstill in 3.4 seconds.

With Track mode engaged, the best that our VBOX recorded was a 3.5 second 0-100km/h sprint, just a tenth of a second slower than the manufacturer claim.

Read next: Someone went and built a Tesla Model 3 ute. Yes, really.

Fitted with a 75kWh battery, and dual-motor set-up, the Model 3 Performance is capable of generating power in the realms of 353kW and 639Nm, which is spread across both axles.

Weighing in at a claimed 1847kg, the Model 3 is no featherweight, but it still manages to get up and go from a standstill with serious enthusiasm. 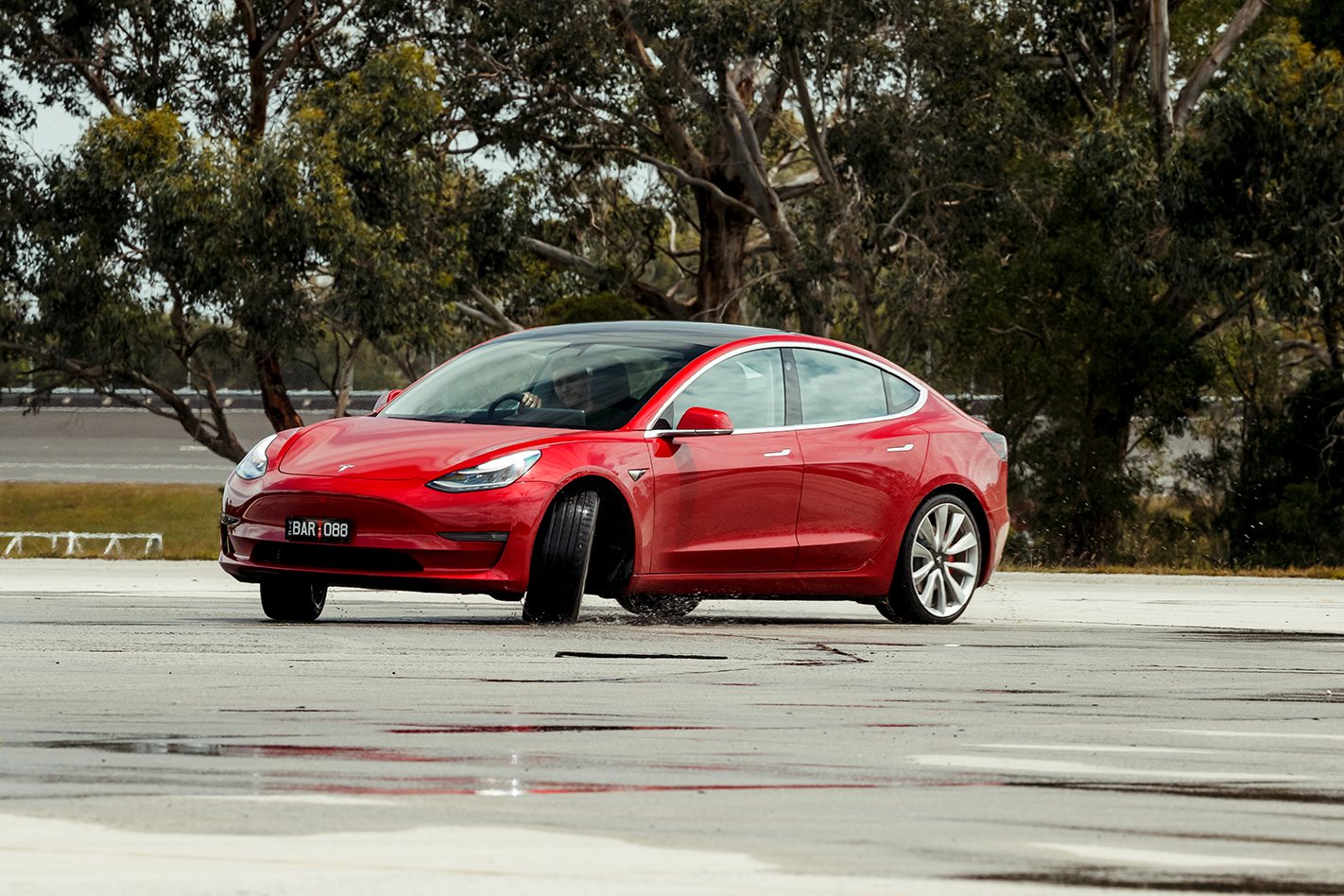 While the Model 3 Performance fell just short of the figures on the brochure, there was another Tesla on test that actually beat the manufacturer claim.

Read next: America’s best-selling premium car is the Tesla Model 3

Also taking part in Wheels COTY 2020 testing was a Model 3 Standard Range Plus. With the smaller 50kWh batter, and a single motor set-up, the Standard Range recorded a 5.3 second 0-100km/h sprint, according to our VBOX data. 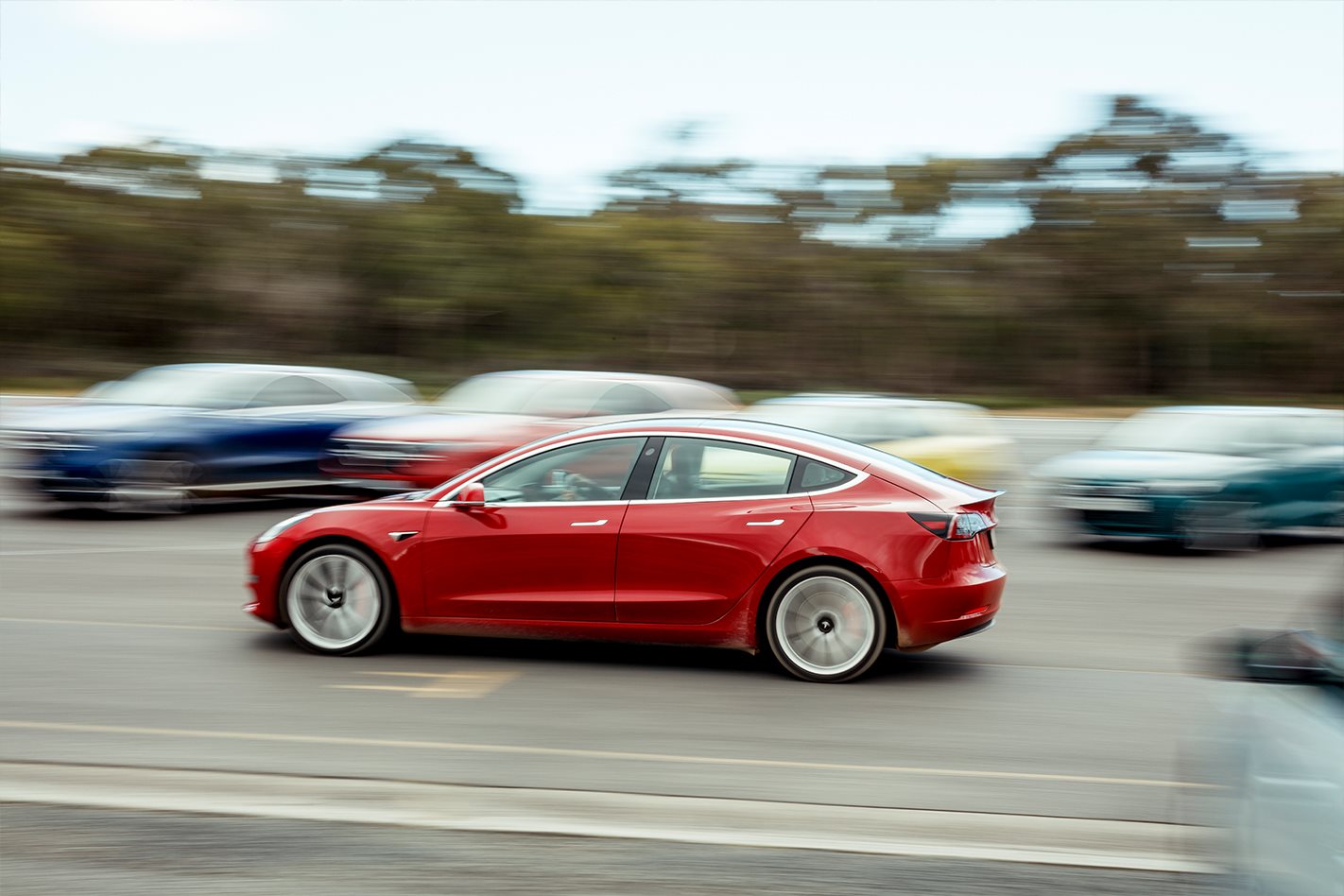 Despite being the least powerful of the three-variant Model 3 line-up, the Standard Range Plus is still a stout performer, with around 211kW and 375kW being sent to the rear wheels, in a package that is claimed to weight 1611kg.

A Model 3 Long Range, which has a 75kWh battery, dual motors, and estimated 307kW/510Nm outputs, was not on test, but judging from the performance of its siblings, we don’t doubt its 4.6 second 0-100km/h claim. 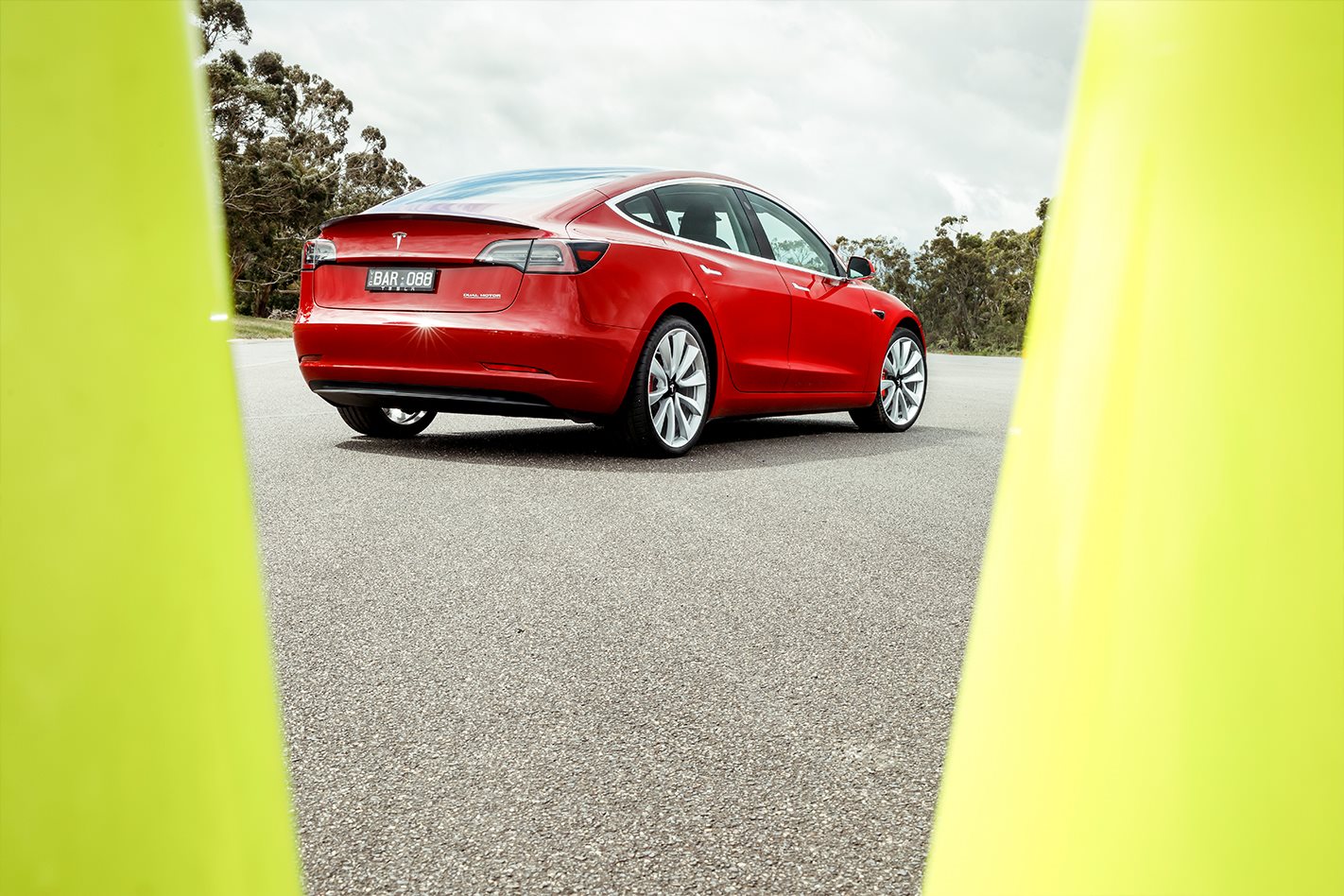 Shortly after Wheels Car of the Year testing concluded, Tesla introduced an over-the-air update for the Model 3 Performance, with release notes telling customers “your car’s power has been increased by approximately 5 percent, improving acceleration and performance.”

We will endeavour to conduct a second round of testing for the Model 3 Performance that has been updated as soon as possible. 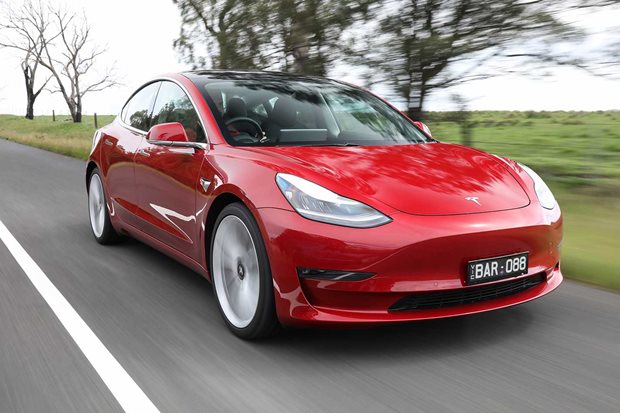 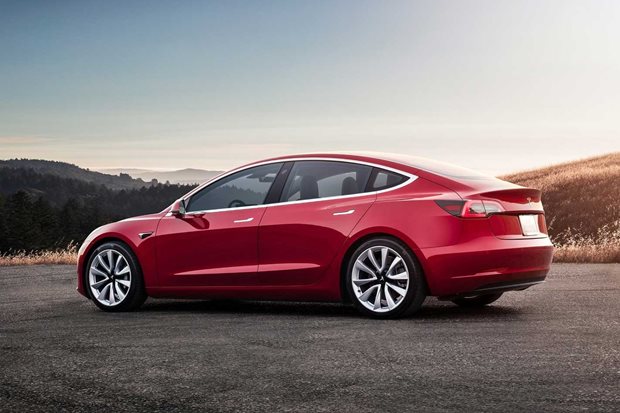 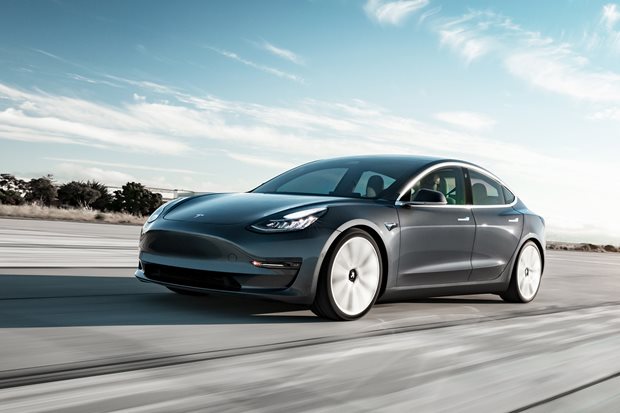 Elon’s over-promised, under-delivered mid-size premium EV is finally here. So, was it worth the wait? 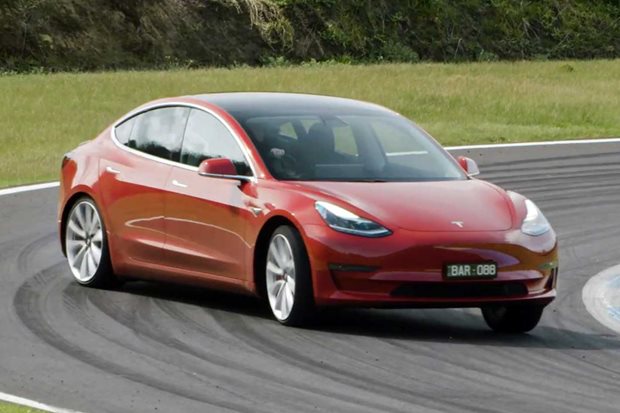 Oversteer in an electric car? Yes, it's possible 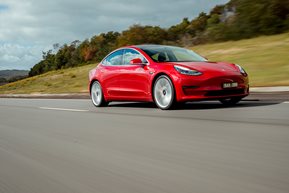