IT DOESN’T matter how you slice it, the Rubicon isn’t an easy place to get to, but, if you make the effort, it is totally worth it. And, if you make it there with Jeep Jamboree USA, you’ll be welcomed into Rubicon Springs with someone tickling the ivories of a grand piano.

Mark A. Smith founded the Jeep Jamboree USA on the Rubicon Trail. In 2012, my sister Brittany and I made the trek to Georgetown, California, to meet Mark and his wife Irene, hear their stories, visit their home and see their Jeep collection. 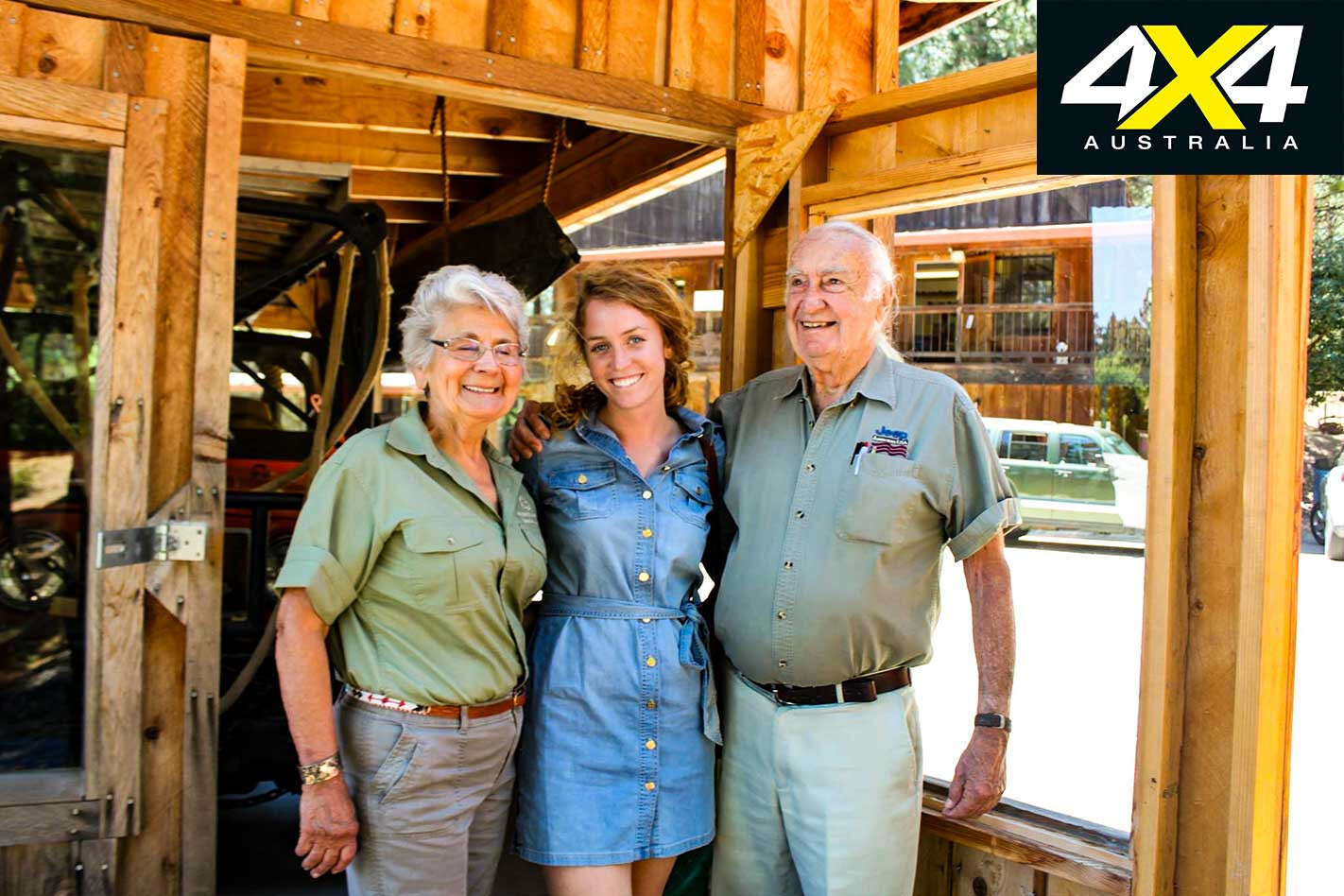 Over the last three years of Mark’s life, we became friends; he would give me leads on unique Jeeps in the country and he continued inspiring our treasure hunt to seek out other like-minded adventure enthusiasts across the globe. Brittany and I attended his last Jeep Jamboree USA trip with him on the Rubicon, and the following year we connected with Fred Williams to attend Mark’s memorial.

Every year since Mark’s passing, Fred and I try to participate in one of the Jeep Jamboree USA programs. Every one of their events is well organised, well thought-out, family friendly, and always an adventure.

When Fred mentioned he was going to take a stock Jeep across the Rubicon, just like Mark A. Smith would have done, I wanted to be there for it. So, Fred dug out his 1973 CJ-5 named “Lemon Pie”, which was built the same month and year as Fred.

As long as I’ve known him, it’s been a super-cool CJ-5 hanging in the corner of his shop. Seven years ago he got it out of a junk yard, drove it across America and back for his epic ‘CA to PA in a CJ’ adventure, and then he parked it.

With time running out before the epic Rubicon adventure he added rock sliders, built a skid plate, and put on new BFGoodrich KM3 tyres, and off he went. We had made plans to meet at the Rubicon Springs.

While I was en route from Chicago, I received a text midflight that said: “Our first day was rough; we only made it three miles. I’m not sure if we are going to go any more today.” I was still on my way to the trail, and without phone service on the trail I was hoping they’d arrive at the Rubicon Springs.

Apparently, right before they hit The Rubicon for their latest episode of Dirt Every Day, their director had surprised their team with a 1973 Chevy pick-up on highway tyres – the guys aptly called the trek “Stock on Rocks”. Fred’s co-host Dave drove the Chevy and, because it didn’t have lockers, Fred never engaged his lockers.

As soon as Jeep Jamboree USA participants started to arrive at the Springs I went to the end of the trail to see if anyone had seen them. Within minutes, I started walking up the trail and saw Fred dressed in a white cowboy hat – just like Mark would have worn – bouncing over the rocks in Lemon Pie. I hopped in and we bounced along all the way to our campsite in the Springs in the fun, little Jeep.

What typically takes a half a day in a JK or a TJ took these guys three days in their nearly stock vehicles. They winched like crazy, but they made it to the Rubicon Springs in one piece, despite a few concerns.

Fred mentioned the knob on the radiator hit the fan and made a hole in the radiator, and he was worried about finishing the rest of the trail through Cadillac Hill. And, right before we arrived at our campsite in the Rubicon Springs, Dave’s truck caught on fire. No-one freaked out; they all laughed and said, “We’re used to it! It happens once a day, but only once.”

These guys work late on their vehicles, cook dinner with their crew, have a good time, clean up, and do it all again. It’s amazing because they are driven by their passion. When something breaks, they figure out how to fix it with whatever they can find. When something doesn’t go right, they try something else. At the end of the day, they are just two guys who want to inspire other people to try new things and have a fun time doing it.

Mark Smith would have been very proud of them conquering the mighty Rubicon. They won’t be the first ones to tell you that it was no easy feat without lockers, and it’s not recommended.

Right now, Lemon Pie is getting tuned up for its next big adventure. I’m excited to see where it will go next. Until next time, remember to have fun and try something new.