Let’s get the numbers out of the way. Three days, 2497km, 33 hours of wheel time, 312 litres of fuel, 73km/h average speed and 12.7L/100km. They’re not really that important. This is a celebration, not a dissection. The Falcon XR8 Sprint is Ford’s departure gift to its die-hard loyalists and if ever an Aussie car was measured in something other than numbers this is it. We could talk about the Sprint’s static camber tune and refinements to the front suspension jounce bumpers all day, but when it comes to the ability to paint a big grin on your face, show always works better than tell. 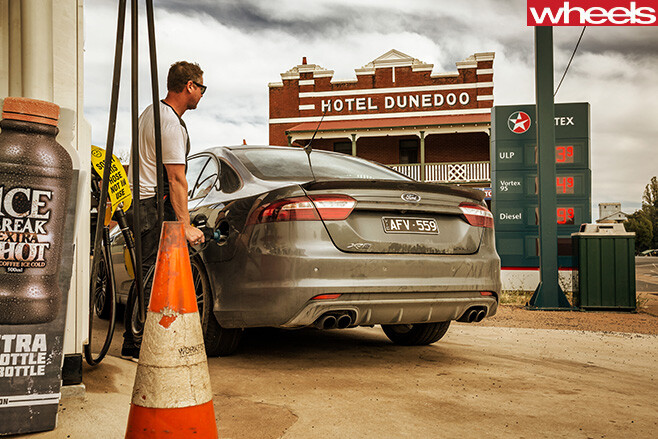 Rather than just point the Sprint’s nose at a remote part of the map and see what happened, Ponch and snapper Thomas Wielecki had a plan in mind, aiming to mine a little bit of Blue Oval nostalgia along the way. The 50th anniversary of the J.R. Sealey dealership in Condobolin, NSW was all the justification that was required, to go west. Along the way, a quick rendezvous at Sydney Dragstrip produced an impressively repeatable bunch of stats, recording 5.24sec, 5.25sec and 5.28sec runs to 100km/h alongside a 13.1sec 0-400m. Trap speeds were within a sniff of the 400kW HSV Clubsport, the Ford registering 183km/h versus 185.4 for the Clubbie. With 772 kays to cover on the first day, the big Sprint impressed with its supple suspension tune and overtaking muscle although a re-route reduces the likelihood of testing the front end’s resistance to roos. 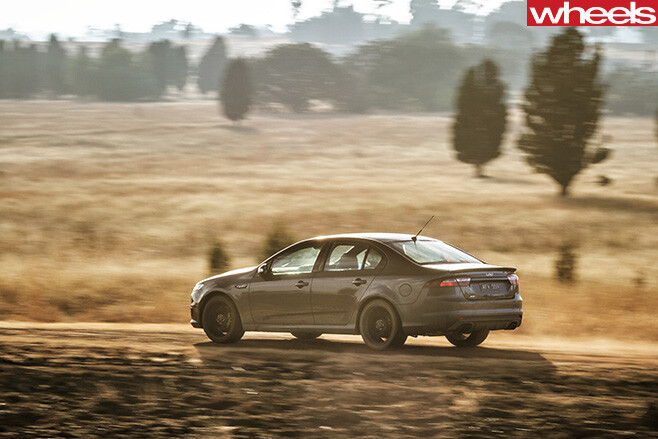 An unscheduled detour to Dunedoo results in the discovery of some noteworthy Vietnamese chilli chicken rolls and a side trip to a dilapidated old hospital before it’s back on track to Coolah and the  retired classics at Coolah Custom Cars. From there, they’re accosted by a perky gent who is apparently the sole heir to the Berlei bra fortune who enjoys hoarding and doesn’t enjoy company. 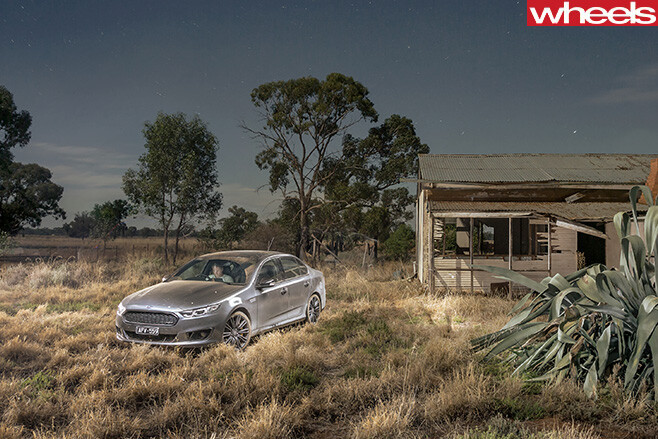 The XR8 Sprint shows its mettle on the dips, sweeps and off-camber blind apexes of the Bruxner Highway, in the dead of night with a light rain falling and some big kays still to cover. Lismore finally looms into sight. Ponch rounds off the evening with a cockroach in his cuppa. 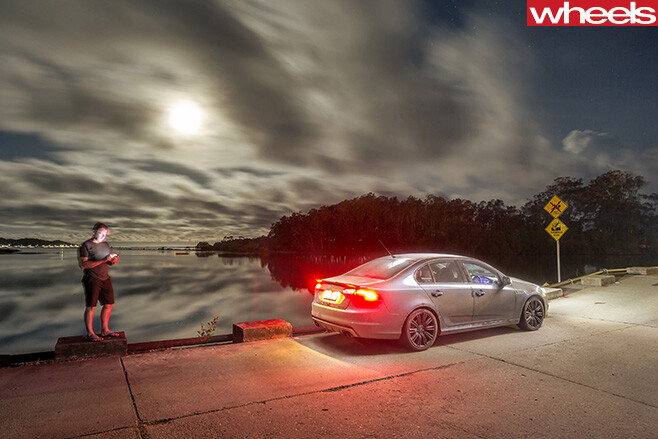 The final day  sees a visit to Trevan Ford, Australia’s longest continually operating Ford showroom, some long faces at the passing of Prince,  an eight-hour slog along the Pacific Highway and a final crackle and bang through Sydney’s harbour tunnel before burbling back to Paramatta. You know the numbers. Ponch even gets a bit misty-eyed over this final fling in an Aussie icon.  Fifty years after the XR ushered in the first V8-engined Falcon, the last one goes out with its head held high.