By By Louis Cordony with Randy Stagno Navarra, 18 Jul 2019 Features

This feature was originally published in MOTOR’s May 2018 issue

You’re a massive car nut, where does that come from?
[My family’s] always been into cars. We’ve always had Fiats, Alfa Romeos and Golfs. Dad’s had umpteen Minis, Austin-Healeys and Sprites. I met my wife through mutual friends in the car scene. Most of my friends are in the [car] club and they range from school teachers, to lawyers, to accountants.

How’d you come cross the MX-5?
I bought a three-door Sierra Cosworth that I had to get rid of, no-one knew anything about them. In the end I got offered good money for it and the car is back in the UK. I had a friend working at Mazda who offered me a drive of the MX-5, the NB had just come out. I bought my first one in 1999. This is number 11. 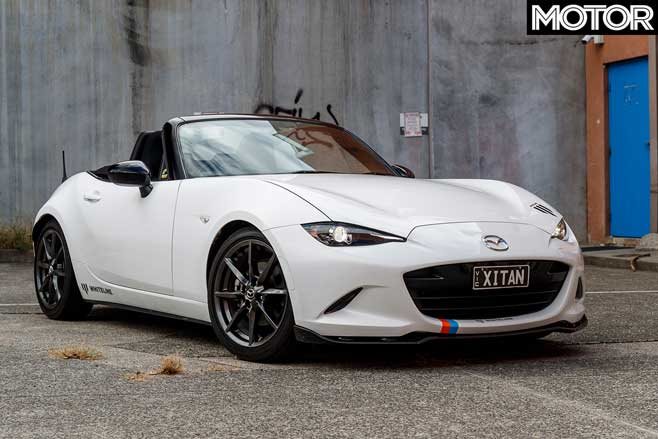 Why not the 1.5-litre?
On the road I prefer the 1.5. I love the way it revs, that’s something the 2.0-litre lacks and I think the 2.0-litre is a bit of an afterthought, because of the American market. The ride is a bit better than the 1.5, yes it’s softer, so it moves around more, it actually feels better engineered.

What’s it got?
It’s got lowered Whiteline springs, Whiteline adjustable swaybars, adjustable end-links, and that’s it. The only difference is I put on a set of brake pads and 17 x 8-inch wheels with some good Yokohama rubber [for the track].

What do you love about MX-5s?
They all do the same thing. Put a smile on your face. What Bob Hall said about them is true. If you can’t drive a car with 90 horsepower you can’t drive one with 900 horsepower. I did an event at Bathurst in the NC, lived out my dream as Peter Brock. Drove it there, and drove it back to Melbourne. They’re just so versatile.