BMW will graft a controversial new grille to the front of its best-selling M4 sports car as it seeks to steal market share from the all-conquering Mercedes-AMG C63.

Unofficially dubbed the ‘lung’ grille, and replacing the famous kidney, the new vertical grilles – previewed here in our exclusive and insider-informed computer-generated images – feed a brand new twin-turbocharged 3.0-litre straight-six with as much as 375kW.

The new engine combines with reduced weight and a torque-converter eight-speed automatic – in place of the responsive but sometimes cantankerous Dual Clutch Transmission (DCT) – to evolve the next M3 and M4 from the recently discontinued F80/F82 models.

And for the first time in the M3’s 33-year history, all-wheel drive will be offered, making the G80/G82, as the next generation is codenamed, the quickest road-going versions of the famed lineage ever built by the Munich-based firm. 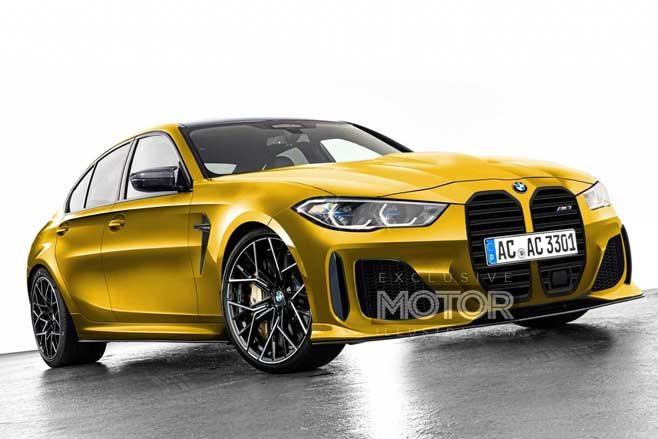 BMW is set to offer unique styling for both M3 and M4 as it seeks to create more visual separation between the two models than ever before.

As such, at the eleventh hour (and after our artist created the renders seen here) it was with relief we learned that BMW is set to graft the Hannibal-esque front grille to the M4 only, with the M3 on track to get a more conventional nostril grille treatment. So you can exhale somewhat, it’s ‘only’ the M4 that’s in the crosshairs.

As previewed by the shock Concept 4 first unveiled at the 2019 Frankfurt Motor Show, BMW is taking the 4 Series in a very new styling direction – and, as such, the M4 must follow. 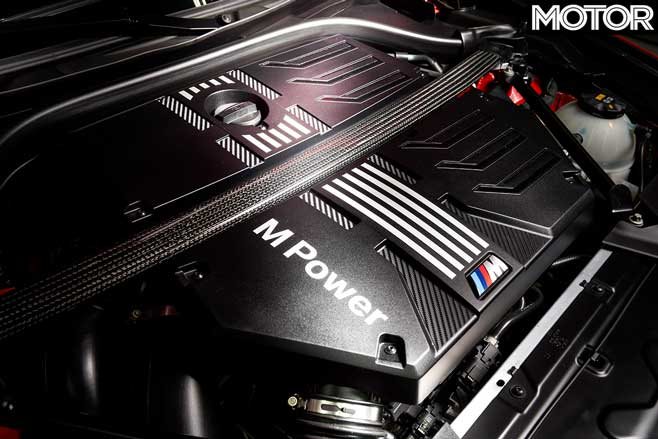 BMW’s new ‘S58’ 3.0-litre twin-turbo straight-six made its debut this year in the X3 M and X4 M performance SUVs.

The S58 is a bit of a wonder. A totally new engine built to meet BMW’s emissions needs for the next era, it uses a closed-deck design for its aluminium block for greater power potential and strength. There’s a forged crankshaft, wire-arc sprayed iron bore coatings, a 9.3:1 compression ratio, direct injection, two mono-scroll turbochargers and a water-to-air intercooler.

Future versions are almost certain to utilise water injection for even more power, with the reported potential of the closed-deck S58 to be truly monumental, not that we’re likely to ever see more than 410kW from the factory. 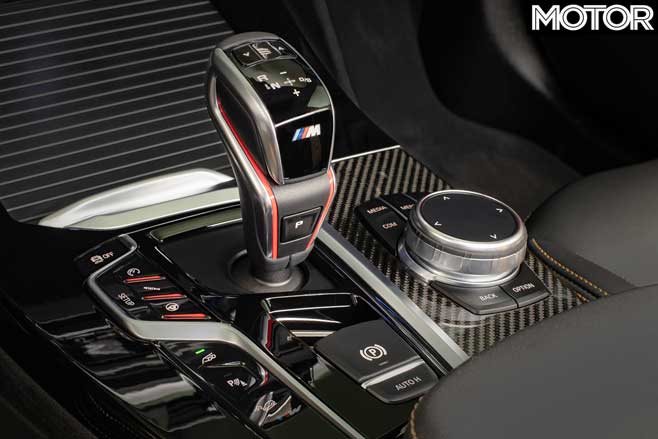 The next M3/M4 could be offered in both rear-drive and all-wheel-drive configurations – certainly all-wheel drive at the very least.

Much like its bigger, V8-powered M5 and M8 siblings, the M3/M4’s ‘xDrive’ performance all-wheel drive system is expected to offer a rear-drive ‘2WD’ mode as well as maximum-traction all-wheel drive; and a ‘playful’ all-wheel-drive ‘4WD Sport’ mode with a noticeable rear-drive character.

But perhaps the bigger news still is the move away from the DCT to a new eight-speed ‘M Steptronic’ torque-converter automatic. “We get feedback from customers and journalists that the transmission from the M5 is excellent, so there is no huge need to change everything,” BMW M CEO Markus Flasch told a media briefing in May, at which MOTOR was present.

As well as the latest version of its high-tech, computer-controlled electronically locking Active M Differential, BMW is expected to offer a six-speed manual. 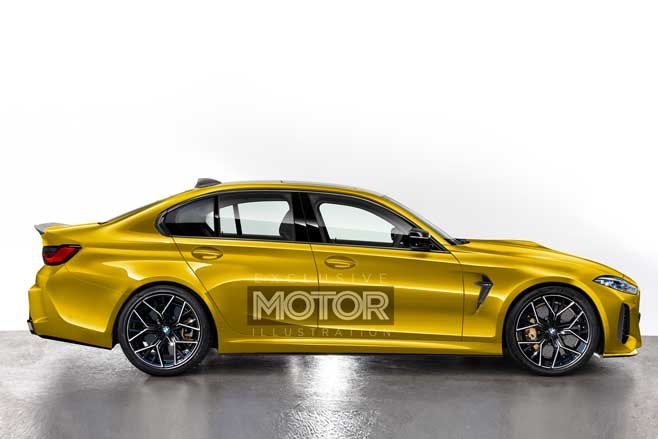 Being based on BMW’s Cluster Architecture (CLAR) platform – like the latest G20 3-Series – the next M3/M4 will benefit from increased use of high-strength steel and aluminium to save weight, cutting as much as 65kg from the previous model. And at 1520kg the F80 M3 was hardly overweight.

While the G20 3-Series has 50 per cent more torsional rigidity than the previous model, expect the next M3/M4 to be stiffer again thanks to extensive use of chassis bracing, as has become de rigueur M-car fare.

There will also be improved aerodynamics (including more targeted distribution of downforce), stiffer bodywork and reworked suspension – struts at the front and five-link set-up at the rear with adaptive dampers.

The next M3 and M4 will be a bit bigger than their predecessors too. The G20 BMW 3-Series is 89mm longer, 16mm wider and 12mm taller than the G30 model it replaced, with a 41mm-longer wheelbase. 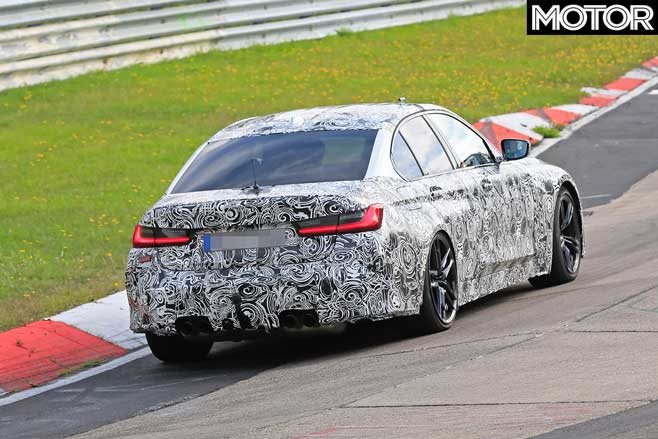 All-wheel drive and even more power is expected to transform the M3/M4 Competition into a zero-to-100km/h rocket. The sprint could take as little as 3.7sec for the 375kW all-wheel drive Competition variants with launch control.

Top speed is likely to be limited to 250km/h, with as much as 280km/h or even 305km/h available as part of optional M Driver’s Packages.

Expect to see red M1 and M2 buttons on the steering wheel in Competition variants, allowing drivers to store customised combinations of powertrain, suspension, DSC, active exhaust and steering settings.
BMW said it went for the eight-speed auto over the DCT because it was listening to customers and media. Let’s hope they were also listening to customers and media about the F80/F82’s polarising sound. 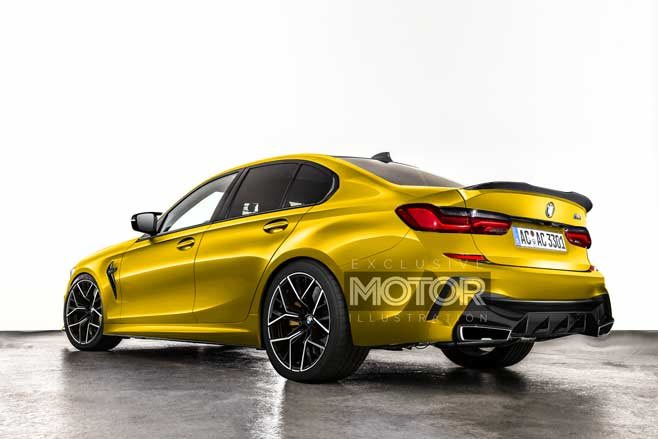 It’s still not clear how BMW plans to roll out the new models. “We can do whatever global markets demand,” Flasch said. “We are able to take over the entire drivetrain concept that we offer in the M5 and we’re able to do a rear-wheel drive version as well, plus a manual transmission.”

Initial insider reports spoke of a three-tiered model line-up. At the bottom, a 331kW model unofficially dubbed ‘Pure’ with potentially a six-speed manual and rear-wheel drive. In the middle, a 353kW, eight-speed automatic and all-wheel drive ‘base’. And at the top, the full whack 375kW all-wheel drive Competition variant.

Recent credible reports have placed the less-powerful, entry-level, rear-drive model in doubt for now, leaving BMW to pursue a two-tier strategy of 353kW M3/M4 and 375kW M3/M4 Competition, much like it has for X3 M and X4 M. 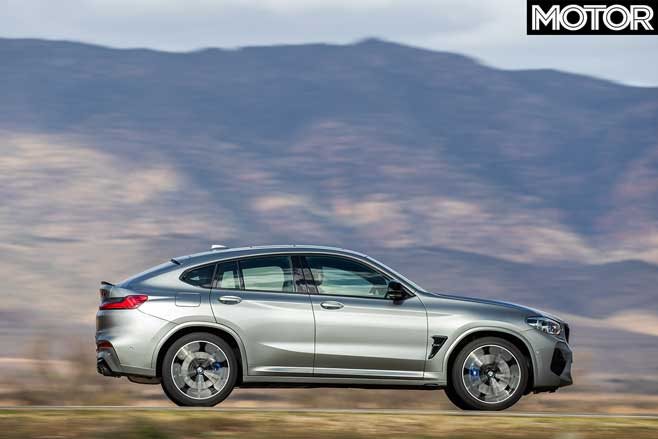 It is possible BMW would continue to use its lighter rear-drive configuration for models later in the M3/M4’s lifecycle such as CS, CSL and GTS. But any variants using the six-speed manual may be forced to cop a power cut, as the maximum torque any BMW manual can currently handle is around 650Nm.

Of course, BMW will offer the M powertrain in sedan (M3), coupe (M4) and convertible (M4) variants. Insiders have reported the next M4 Convertible will use a folding soft-top rather than the retracting hard-top on the F82 model.

It is also understood an M3 wagon was proposed but lost an internal competition against the case for a four-door M4 Gran Coupe, which will also now be offered. Further down the line, the M4 Coupe is tipped to have CS and CSL packs.

While the CS will allegedly come in a relatively understated wrapper, the limited-edition (and pricey) CSL will get the full monty bodykit, including an almighty rear wing and front air dam. 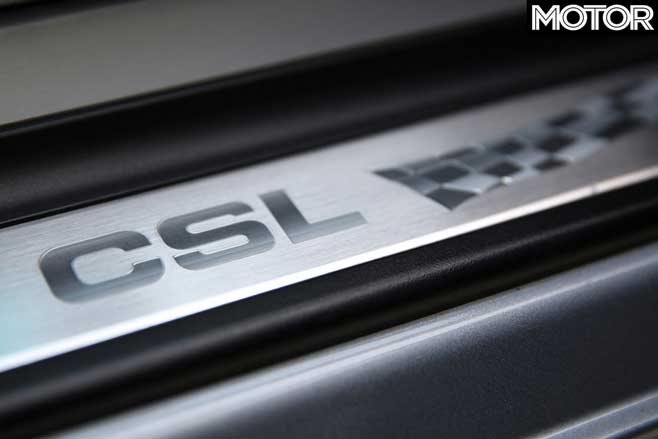 The CSL will also have a notably higher composite content, including carbon-ceramic brakes, racing seats (the rear bench will be a delete option, while a roll-cage will be an optional extra), and bespoke instrument display. The Michelin Cup tyres increase one size, the suspension and the aero pack can be adjusted for track use.

Power figures are still provisional, but expect around 395kW for the CS and an even meaner 410kW for the CSL.

Production of the first M3/M4 variants is set to commence at BMW’s Regensburg plant in Germany in November 2020, with first deliveries and launch in early 2021.

The six engines of the M3 dynasty 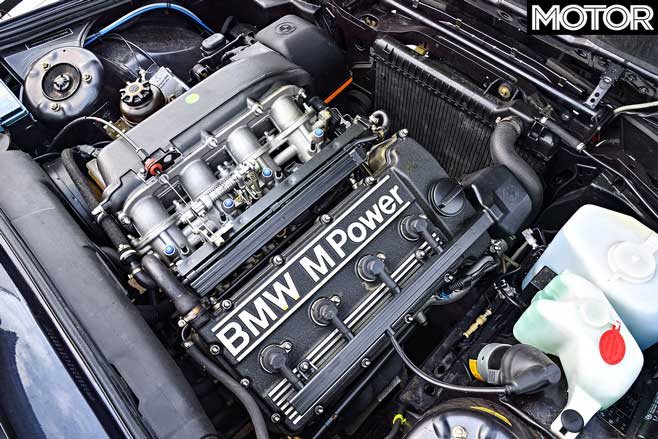 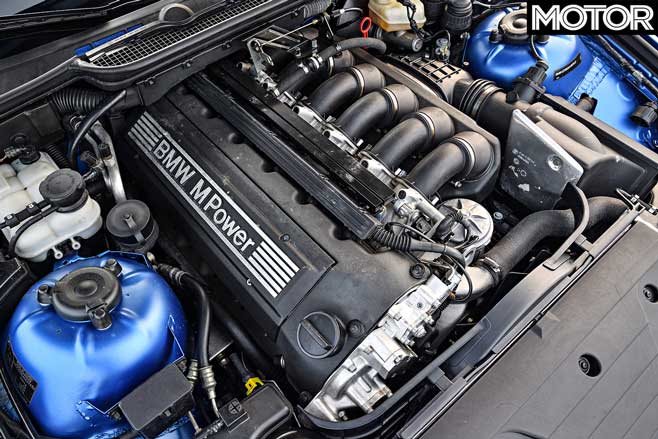 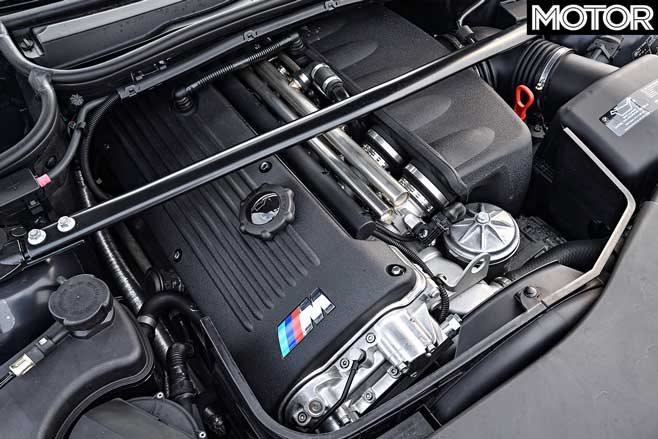 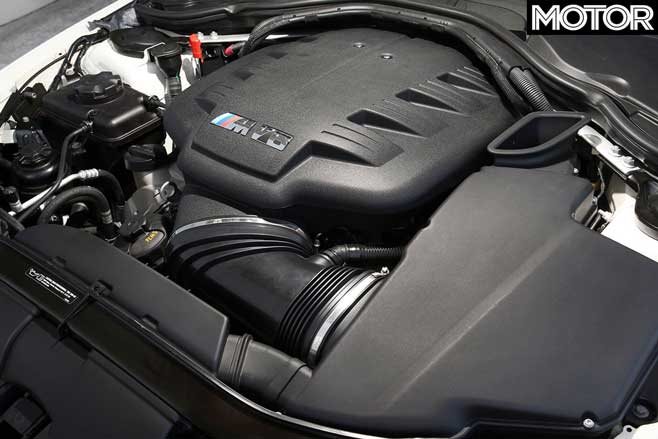 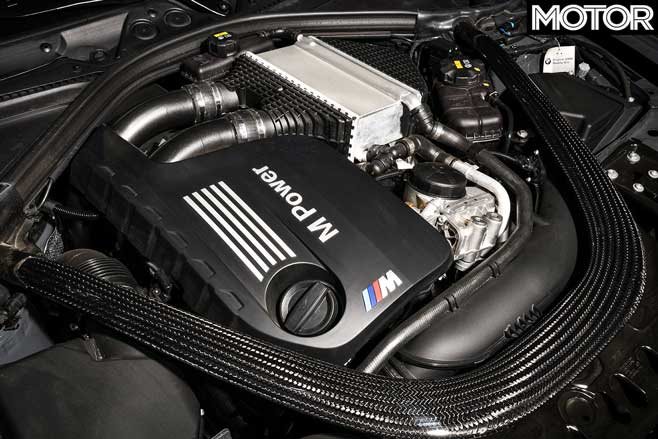 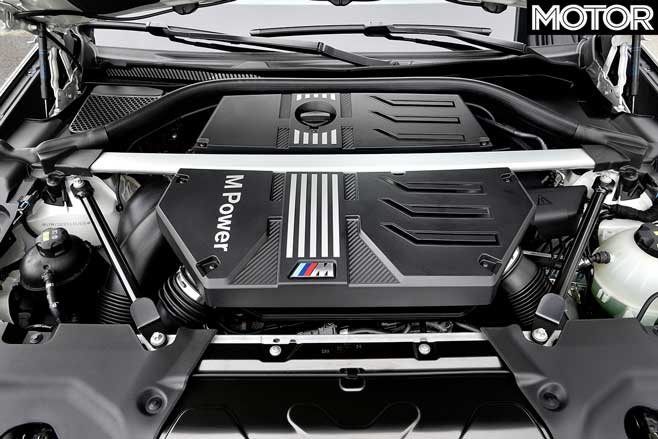 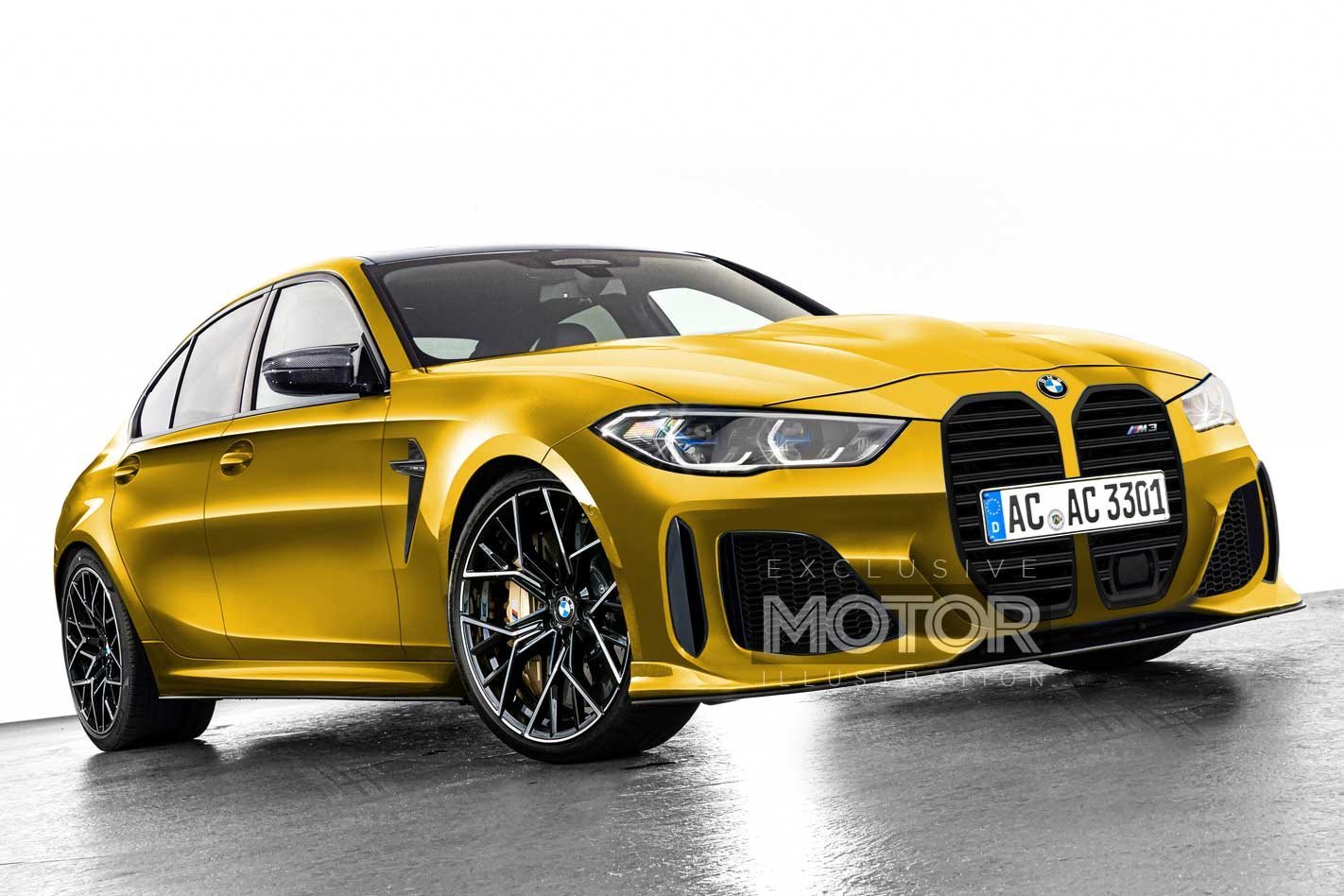 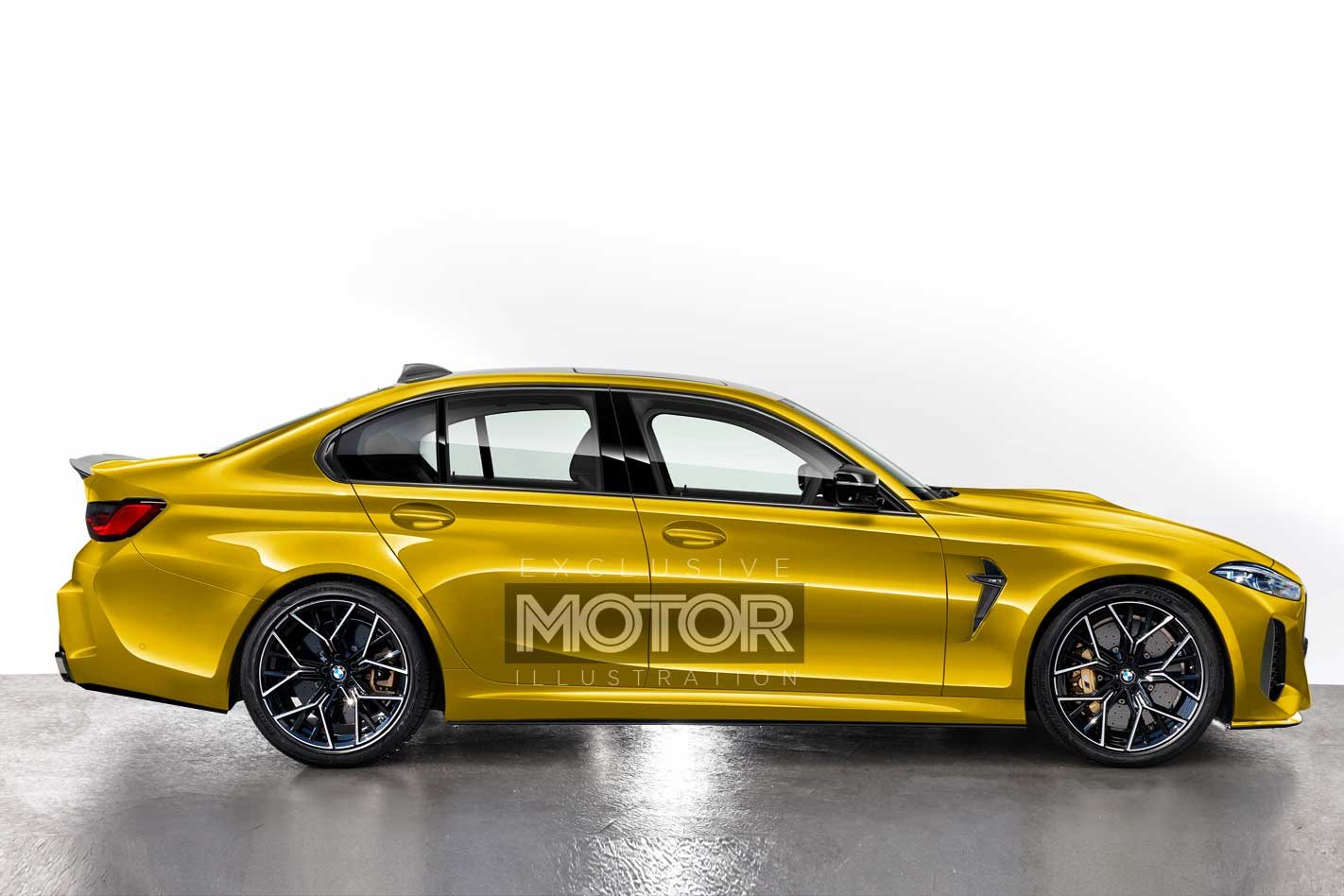 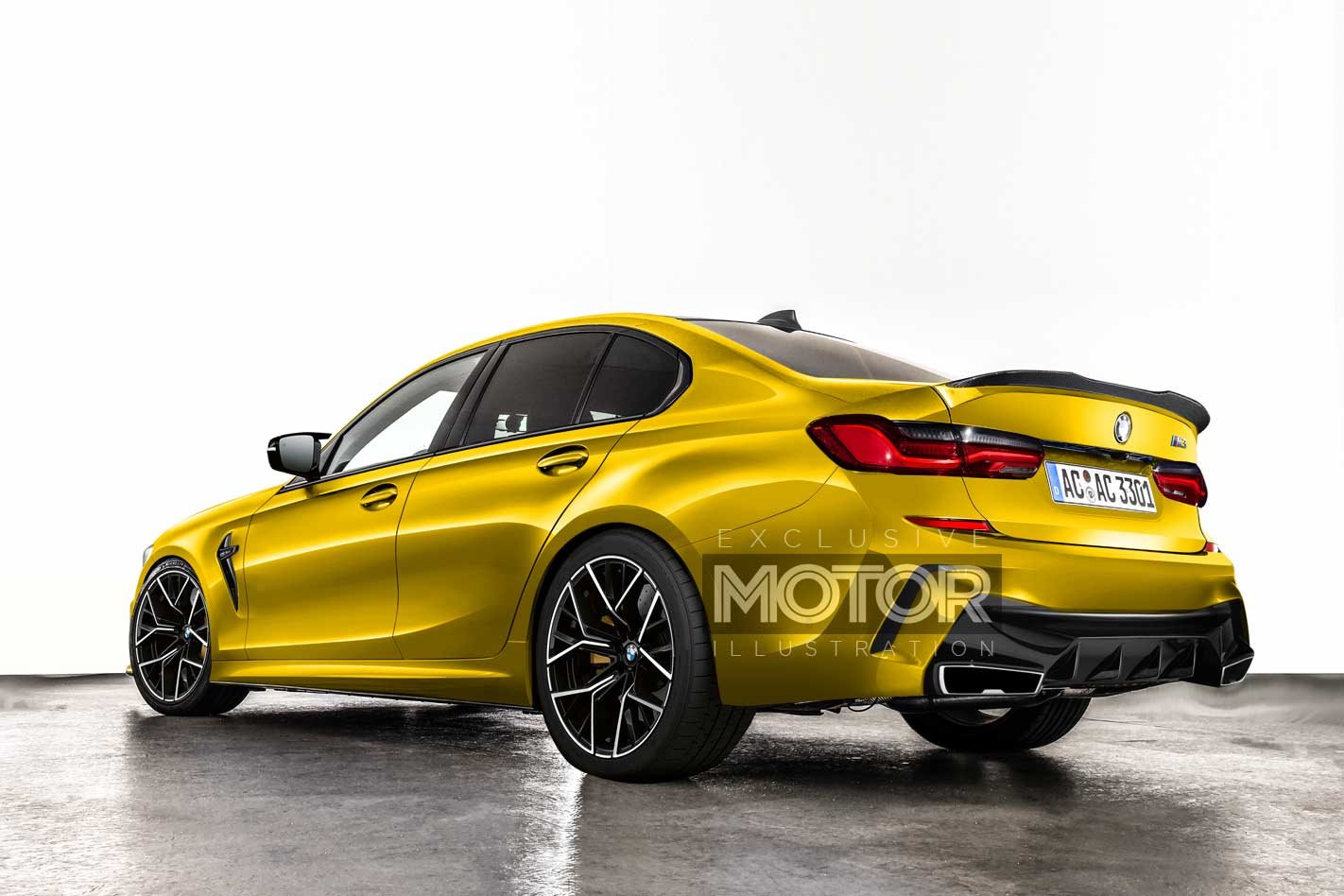 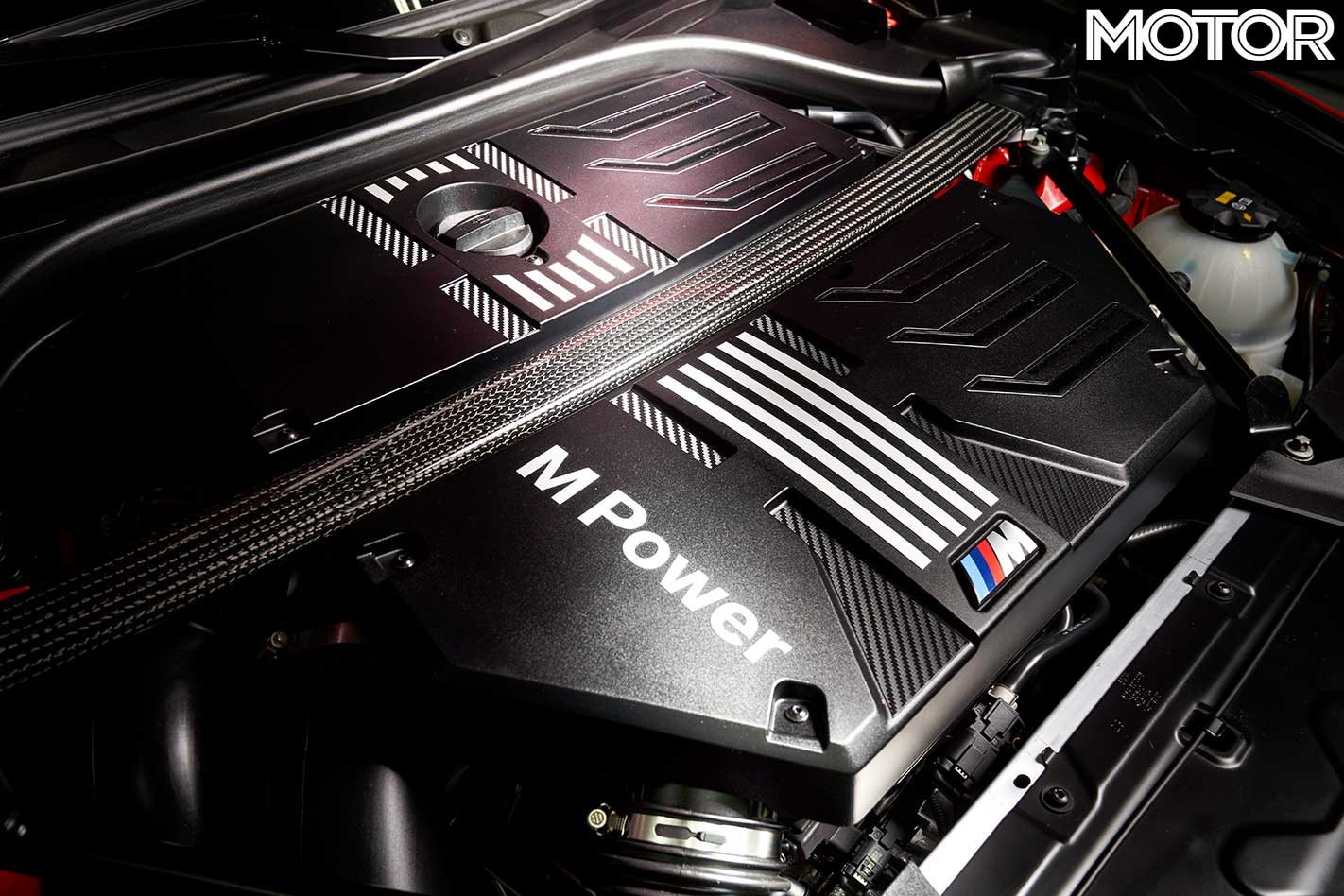 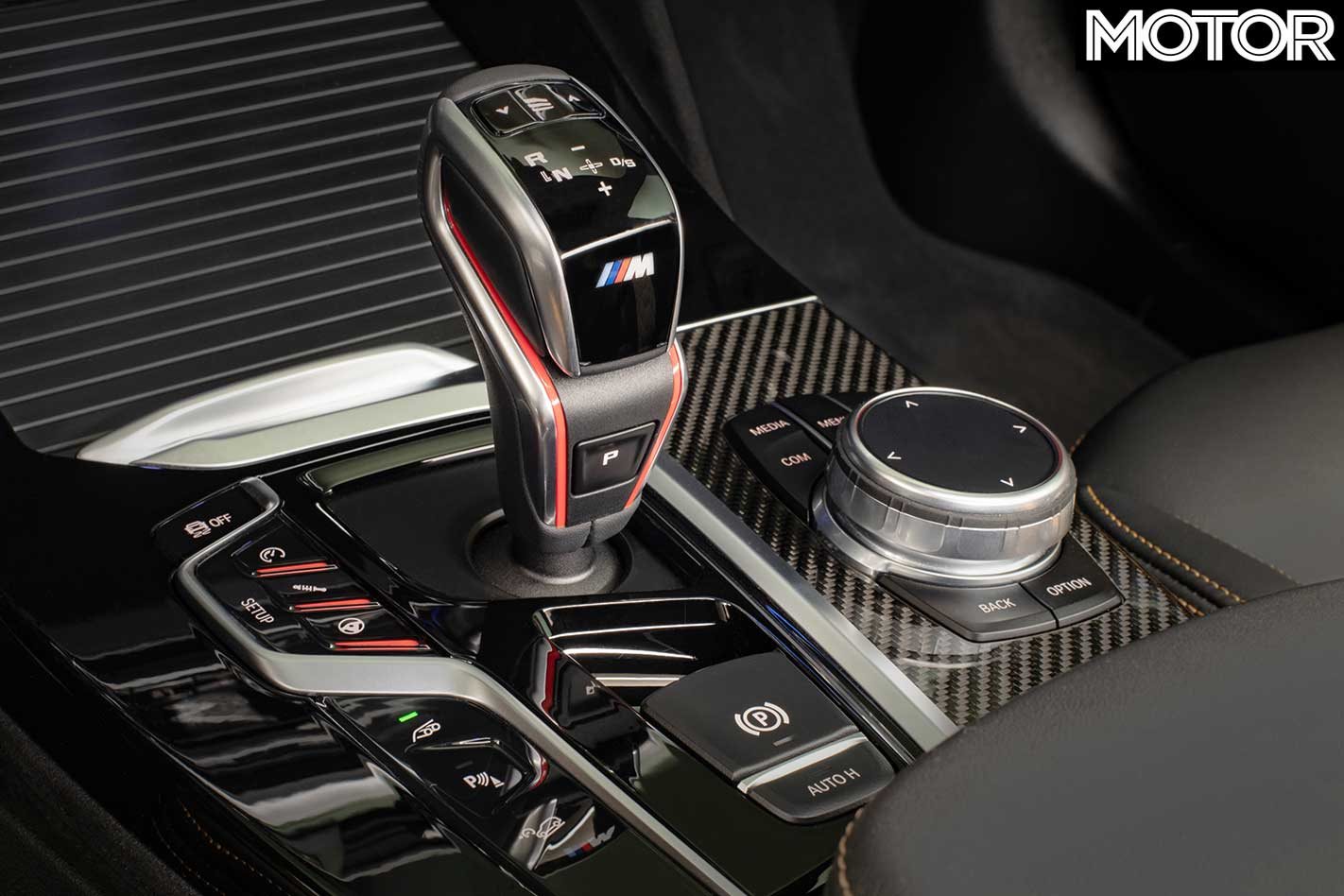 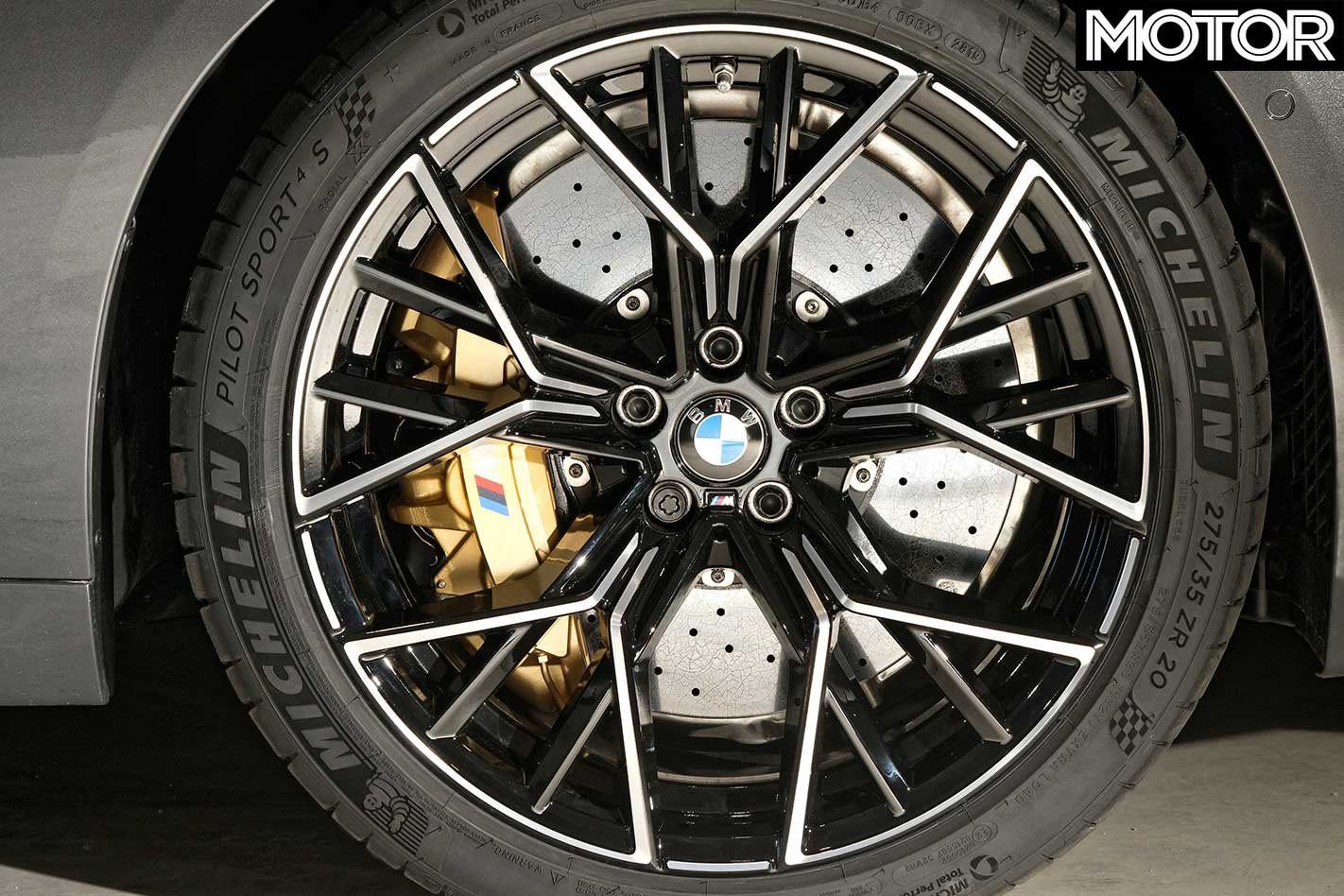