Markus Flasch ought to look happier. The boss of BMW M has just given a presentation highlighting how, within the space of five years, BMWs with M badges have seen sales rise by 207 percent. He’s just outlined a nine-model product offensive through to 2021, and we’re in the pit lane at a sunny Kyalami race track in South Africa with almost every car to ever wear an M badge available to us. And yet the brow is furrowed and he’s prickly, almost combative.

It’s a long way removed from the last time I spoke to him, almost a year ago when the 38-year-old ex-Magna Steyr prodigy and M8 product guru was newly installed in the job. Back then, he was affable and great for a quote. Maybe too great, as some of his more ebullient lines, such as calling the forthcoming M8 a “911 Turbo killer” seem to have been toned back for a more measured approach. 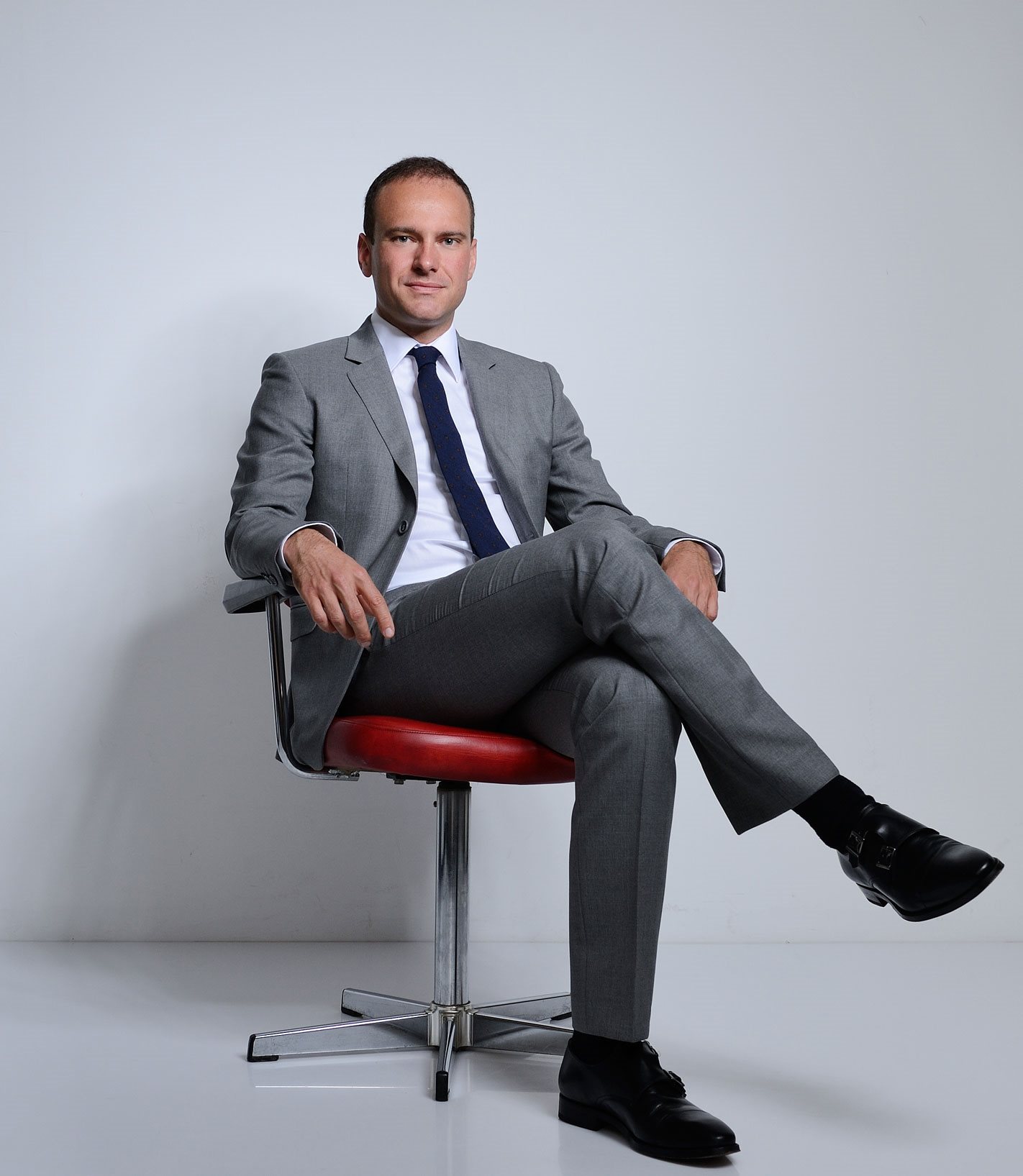 After claiming that nearly 50 percent of all BMWs now wear an M badge or are an M trim line, he denies that M is losing its specialness as a result and morphing into a default shorthand for BMW. “M has never been a competing brand to BMW,” he says, shrugging. “M is the exaggeration of what BMW stands for, in terms of driving pleasure. M supplements BMW and it’s going to remain this way.”

Sales success can breed a new suite of problems though. Does driving BMW customers towards the faster and higher-emitting cars in the range merely undo a lot of the research and development investment the company is making in electric mobility? He does little to hide a flicker of annoyance. “The increase of market share of M models does not compromise the role you do. Our models are very efficient, and secondly, we are well experienced in balancing our portfolio,” he says.

When it comes to hybridised and electrified drivetrains, Flasch has a very simple measure of what he wants those vehicles to be. “Success has to be better than the predecessor’s character. We won’t mess around or compromise the distinct character that our M cars have today,” he says. “An electrified car, whether it’s plug in the wall, battery electric, has to take it up with the predecessor, and I know that there are physical limits, but within physical limits of working dimensions, we are going to make it happen.” 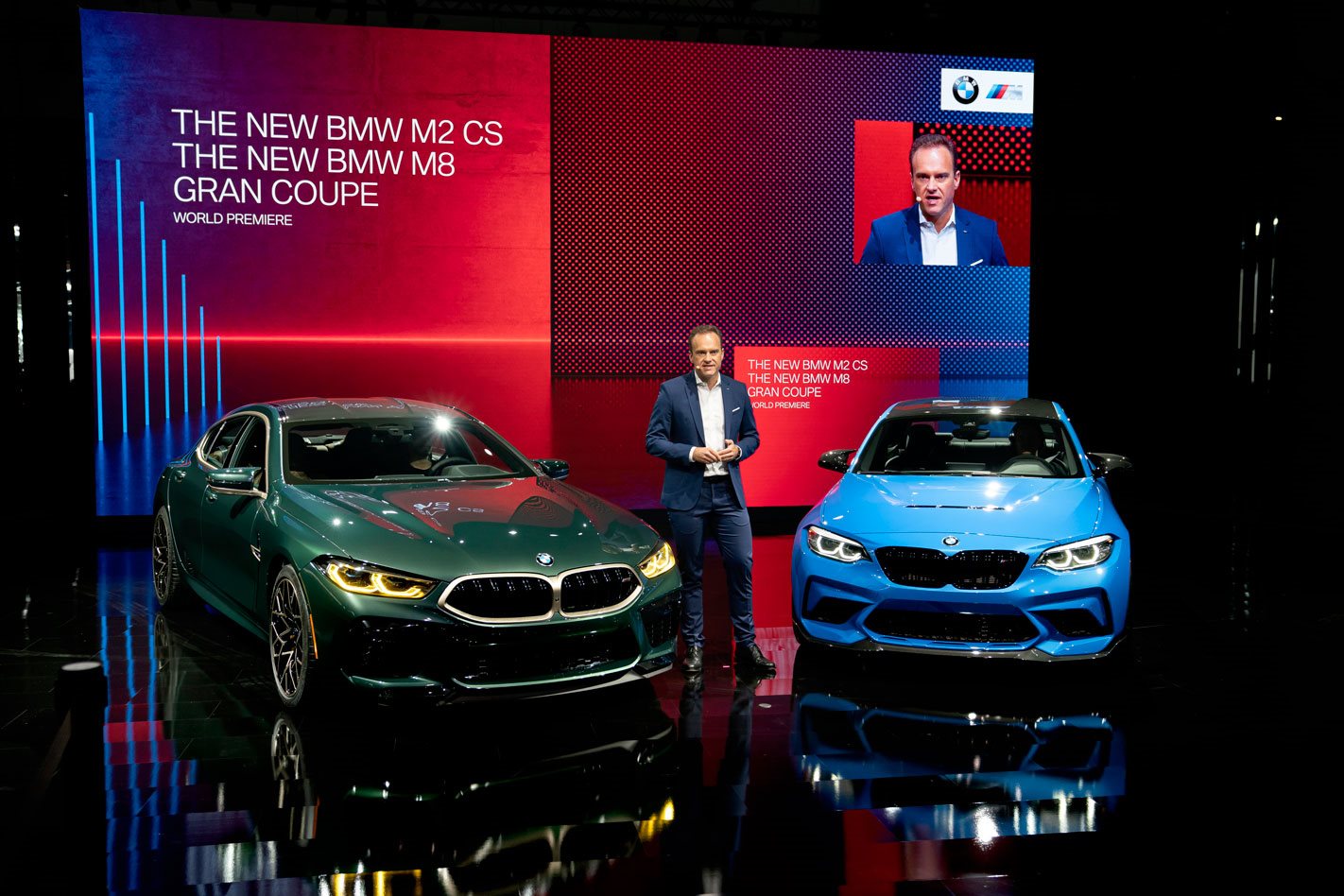 In recent years we’ve seen some M cars taper off the amount of power they develop. Between 2010 and 2015, the BMW M5 saw its power increase by over 18 percent. The next five years have seen peak power tick up by four percent. Flasch doesn’t recognise any workable ceiling or gentleman’s agreement to limit the power of M cars.

“Power is nothing without control, right? And if there isn’t something with too much power it’s just a question of how you tune in and hone into a car, and how you make it accessible,” he explains. “You look 10, 15 years back and if you imagined 625 horsepower in a saloon car, you’d probably be scared. Now, I can give an M5 this 625 horsepower and only drive to my mom, in winter, and she’d still be okay. It’s all just a question of how you incorporate it into a package that makes it accessible for everyone, and this is what M has always been brilliant in. Don’t expect a power limit.”

RELATED: A one night stand with the BMW X4M Competition

That said, the car that has had the biggest effect on the M division’s recent volumes has been its most modestly powered offering: the M2. Flasch is clear on why and explains why it has become the current exemplar of M at its purest. “The M3 and the M4 have grown up a bit and we feel the M2 is the smaller, crisper, rougher package. These cars don’t compete with each other. I’m very happy with the set-up that we have and we’ll keep it this way.”

Building the base with the M2 has been one of Flasch’s prime objectives. When asked what his current favourite M car is, he has no hesitation. “The M2 CS,” he says. “It’s a very crisp and pure package. Manual stick shift. Basically, M4 technology in a more compact package. For me, this is probably my next company car after the M8 and X6 M. It’s got to be the M2 CS. 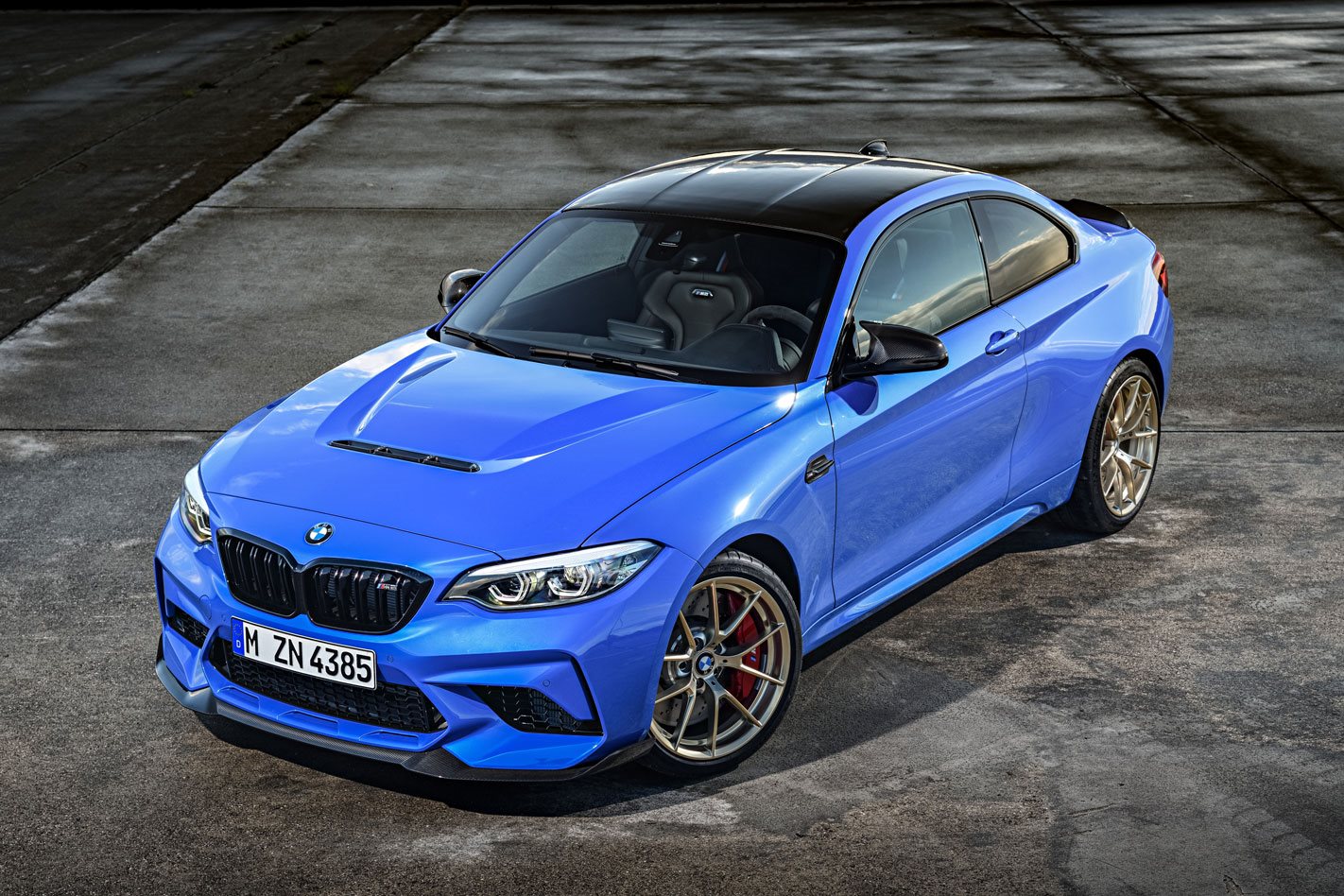 “For me, a manual transmission is not an entry proposition any more. It used to be the entry transmission and then on top of it you had the automatic or the semi-automatic. Today a manual is for the enthusiast; for someone who wears a mechanical watch. We made a conscious decision to offer a manual [in the M3 and M4] and the one single market who pushed for that was the United States.”

Clearly Flasch has an affinity with cars that are engaging and wieldy, which is certainly good news for those who despair at the dumbing down of sporting cars. His own set of wheels is a car that’s rapidly becoming a modern classic, the Z3 M Coupe. He visibly relaxes when asked why he’s such a fan of ‘the clown shoe’.

“First of all, I like the looks,” he smiles. “Secondly, I like the underdog thing, the not trying to be everybody’s beauty and everybody’s darling, and this is what the Z3 Coupe did, especially the M version. It’s a very correct car. It’s not a beauty at first sight, but its beauty grows with the years you look at it. That is something that is very special. You can’t say that about every car. Most of the cars, they lose something over time. This car gains over time.”

Time is something Flasch has found to be compressed. Some were disappointed that the M3 and M4 wouldn’t appear before 2021, but the interim launch calendar is rammed with vehicles such as the M5 LCI, the M2 CS, the M550i LCI, the M235i Gran Coupe, the M340d sedan and Touring, the M8 Gran Coupe and the X5 M and X6 M. That’s on top of the recently announced customer racing program and ongoing work on electrification. 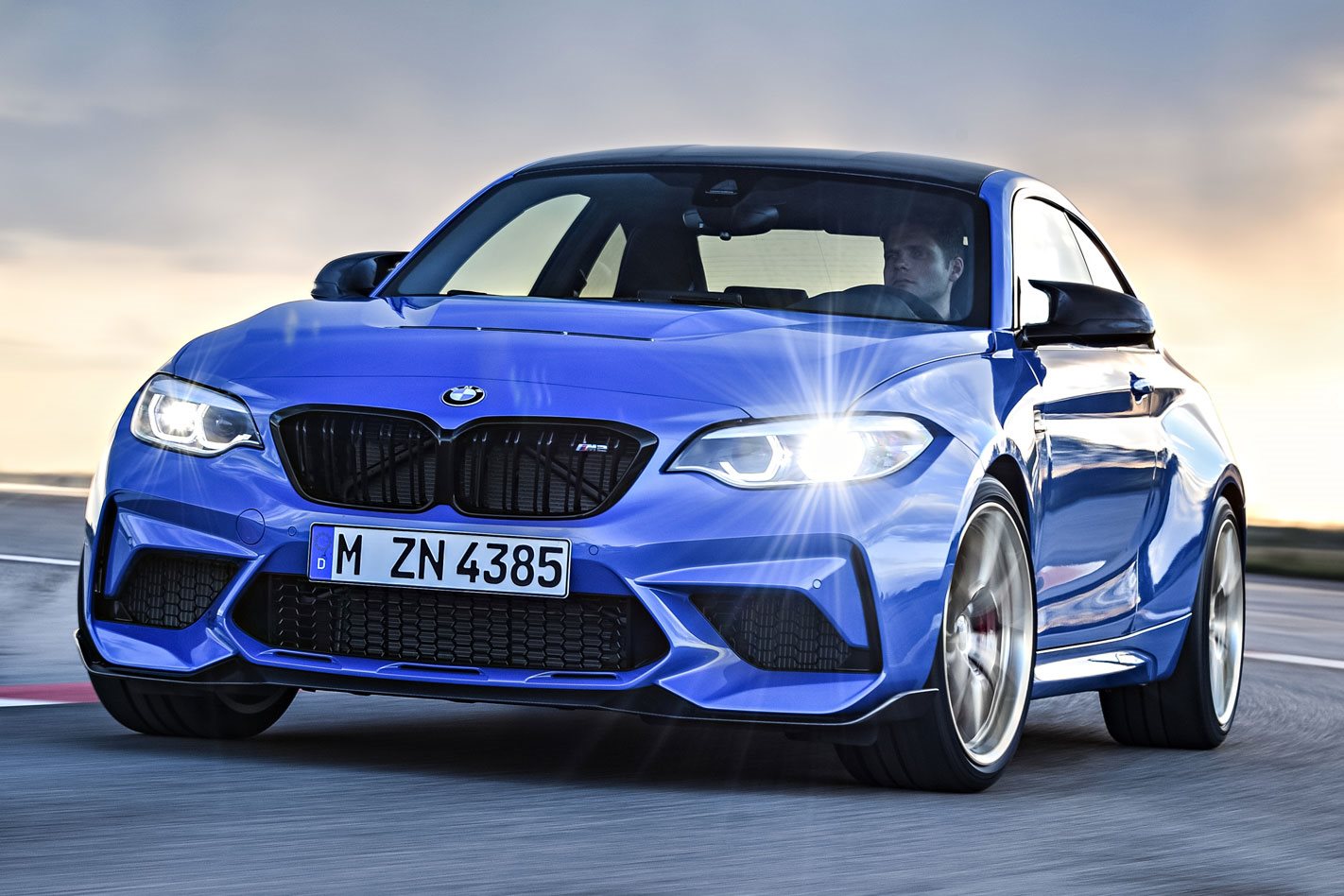 “This hasn’t been all we’re working on,” he notes. “There’s the M Strategy Next, which we’ll bring to the board of BMW … and there will be further elements in design differentiation. There’s so much to come. I only see opportunities.

“It’s not a coincidence that we have an SOP [start of production] at the end of 2020 for the M3 and M4. The end-of-the-year SOP dates are the most robust because you have the full winter testing season before that, and for models with high volume – relatively high for M – and with very high significance, we typically choose end-of-year SOP dates. So we will launch this car at the end of 2020 and bring it to the market in ’21. 2019 was completely booked with the SOPs of the X3 M, X4 M, M8, and now the X5 M and the X6 M, so there was no room.”

I wonder whether there’s room for after-hours projects like the Z3 M Coupe in the giant, polished machine that is BMW M these days.

“I knew the guys that were responsible for the Z3 M; they’re personal friends,” says Flasch of Burkhard Goeschel and his team. “It was like a ‘submarine’ project at the time and it wasn’t very popular within BMW. My engineering department and the workshop there from time to time develop models that show me that there is still this ‘submarine captain’ spirit in some departments. I don’t think we can do entire models with this process. The homologation process is just so formal. For special editions, where we don’t have to sell 500,000 units, the submarine culture is still very much there.”

One of the highlights of the M Festival was to chat with Flasch about BMW’s very first factory M car, the little-known 530 MLE. Built at the Rosslyn plant in South Africa in 1976, this car, chassis #100, has been restored to concours condition by the same four technicians who originally built it. Designed by Jochen Neerpasch as a homologation special, the 147kW/277Nm factory lightweight gained the Flasch seal of approval. “It’s just beautiful,” he said. “This is something very special.”