For many, this car typifies ‘The Ultimate Driving Machine’.

The E46 M3 CSL has all the right ingredients for a halo model, one that showcases the engineering smarts of the revered M Division. 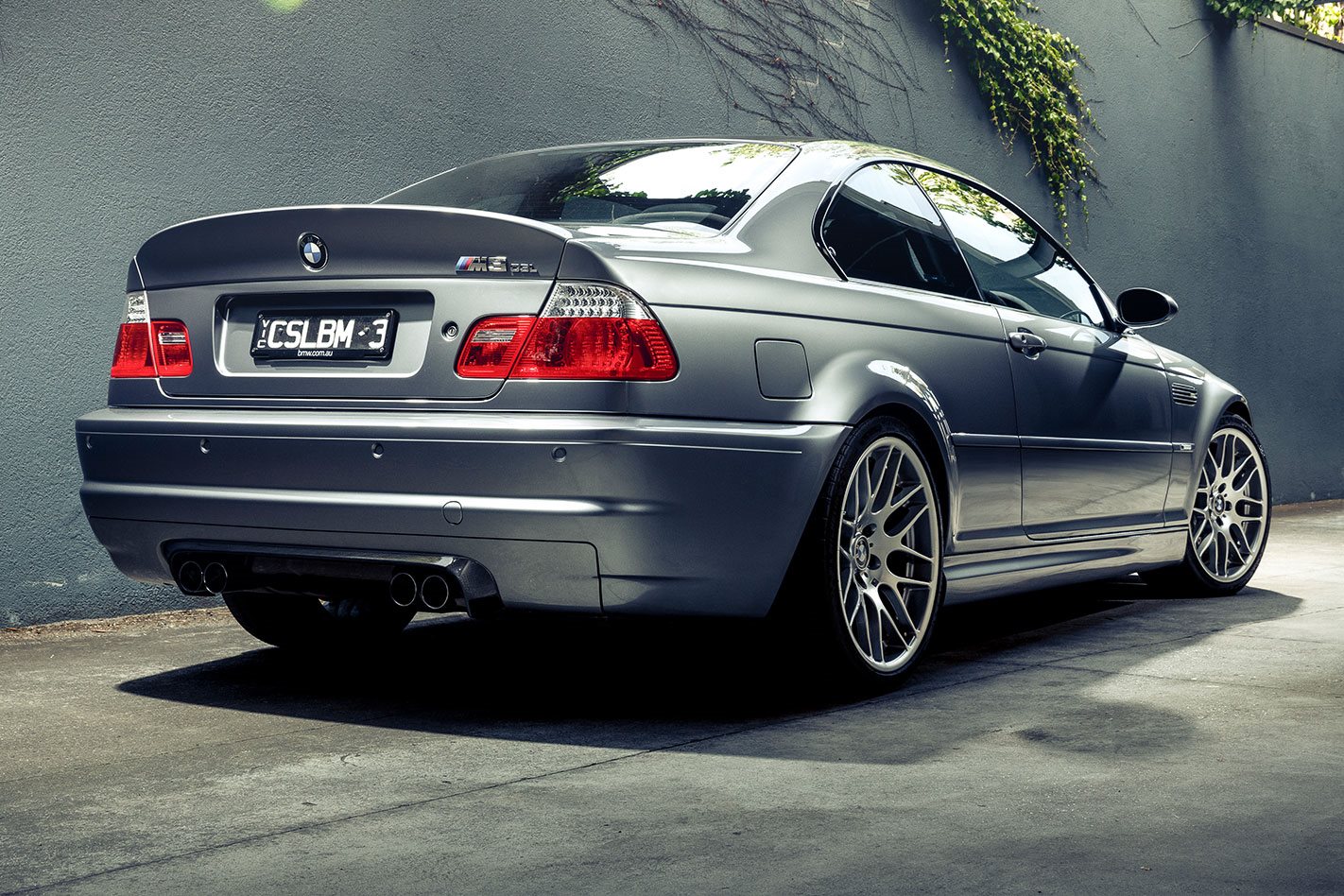 Bulging wheelarches and short overhangs combine with an undeniable sense of muscle – it’s why many rate the third-generation M3 as the best of its breed.

As a somewhat crowning glory of the E46 generation (aside from the V8-powered GTR), the CSL stands as a watermark moment for naturally aspirated straight-six firepower.

A lot is known about this iconic Bimmer, but we’ve delved into the Wheels catalogue to uncover facts you might have missed. 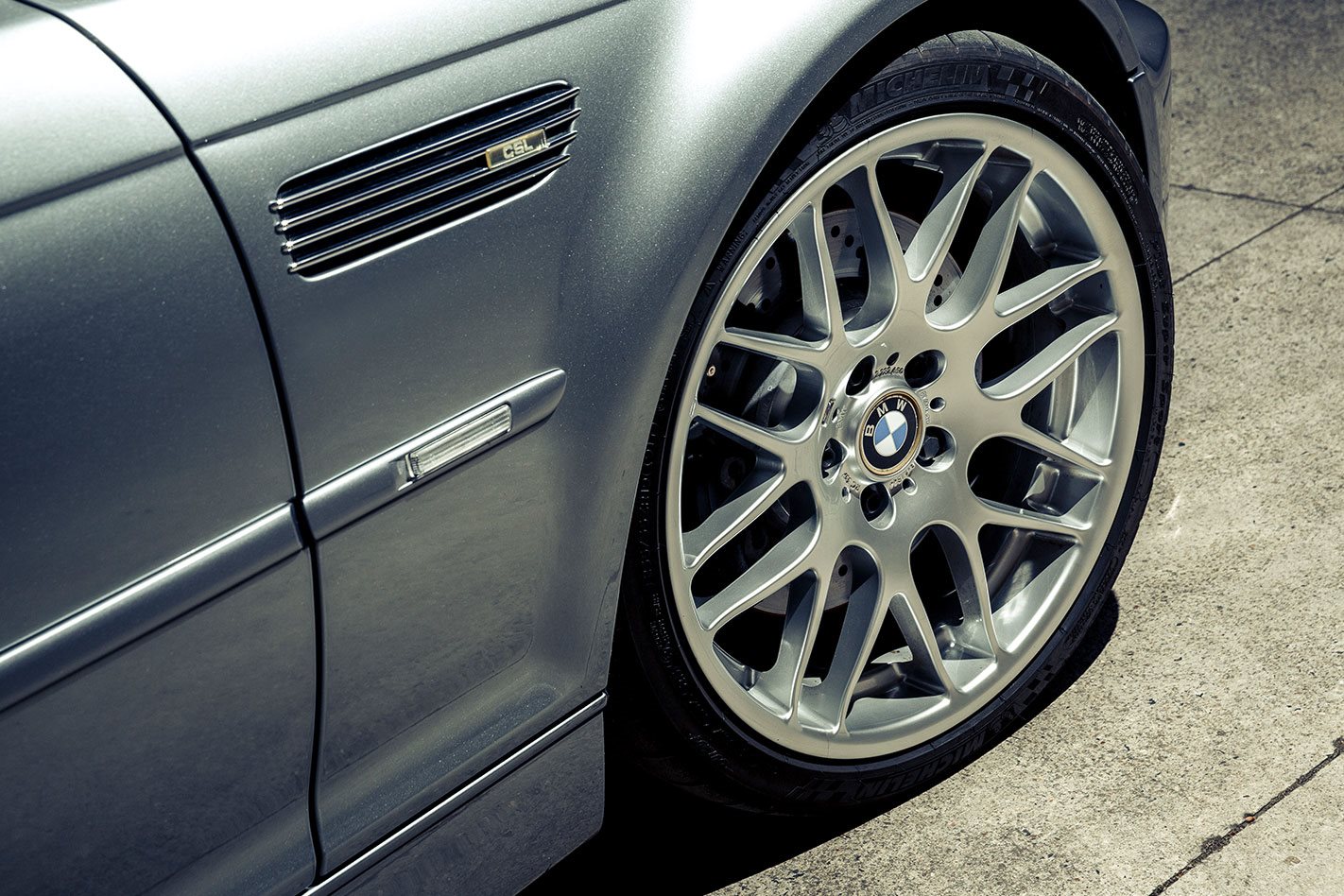 The CSL was developed to meet a very specific objective. It had to get round the Nurburging in eight minutes. Nowadays that’s within the aegis of most senior hot hatches but in 2004 this was junior supercar pace. To achieve this, head of body Hans-Bruno Starke and chassis development engineer Peter Schmidt had four key areas to work on: weight, aerodynamics, suspension and tyres. Power was a secondary concern, although changes to the engine management, cams, headers, intakes, valves and exhaust handily lifted peak power from the regulation M3’s 252 to a healthy 265kW (7900rpm). History showed the process worked, with a 7min50sec lap the result. 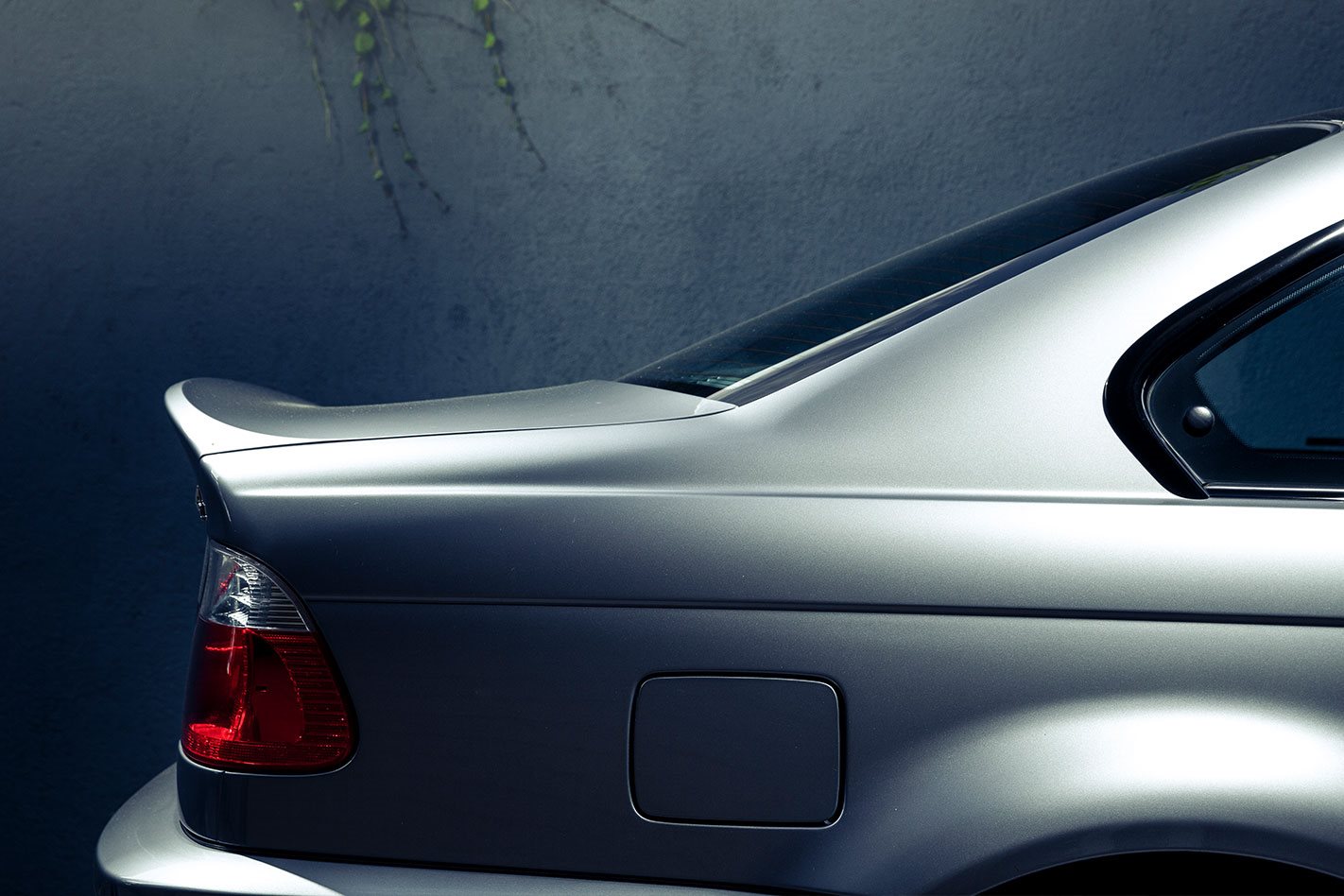 Based on a hoary old Clarksonism, many believe that the boot floor of the CSL is made of cardboard and can’t hold any weight. Not so. The underside of the boot is metal, the same as any M3 but it does have a lightweight cardboard boot liner. It’s CSL-specific BMW part number 51477895990; removable honeycomb-paper composite panel. 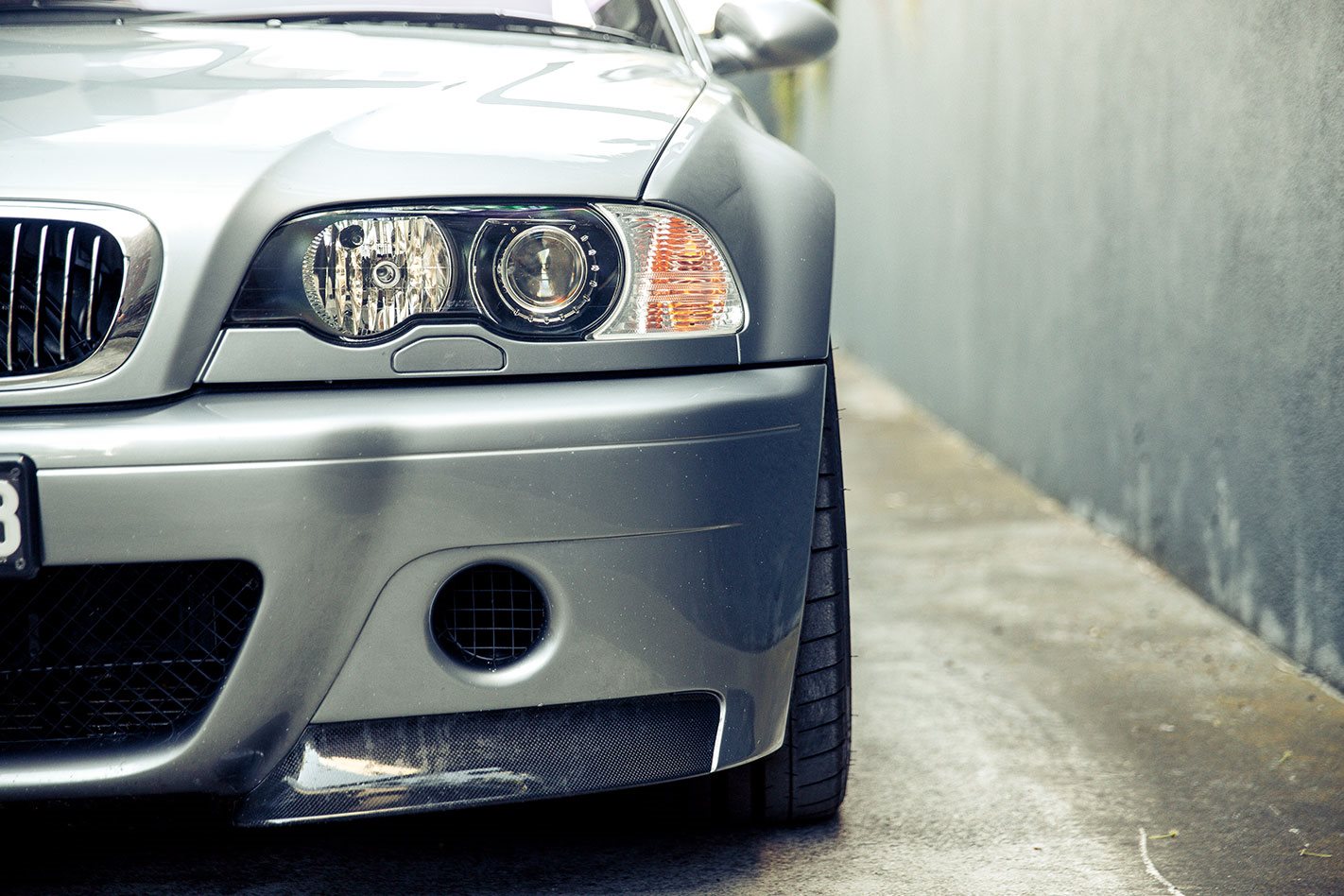 The virtuous circle afforded by weight reduction was the goal. This was the first M car to pioneer the carbonfibre roof, saving 7kg and lowering the centre gravity. Around 50kg came out of the interior, with lightweight seats, centre console, glass and door panels. A couple of kilos came off each wheel, with aluminium lower control arms further reducing unsprung weight. The carbonfibre front bumper shell is a pure racing part, helping to subtly shift weight distribution rearwards. Final distribution was 51:49 front to rear, still not quite Munich’s much-vaunted 50:50. 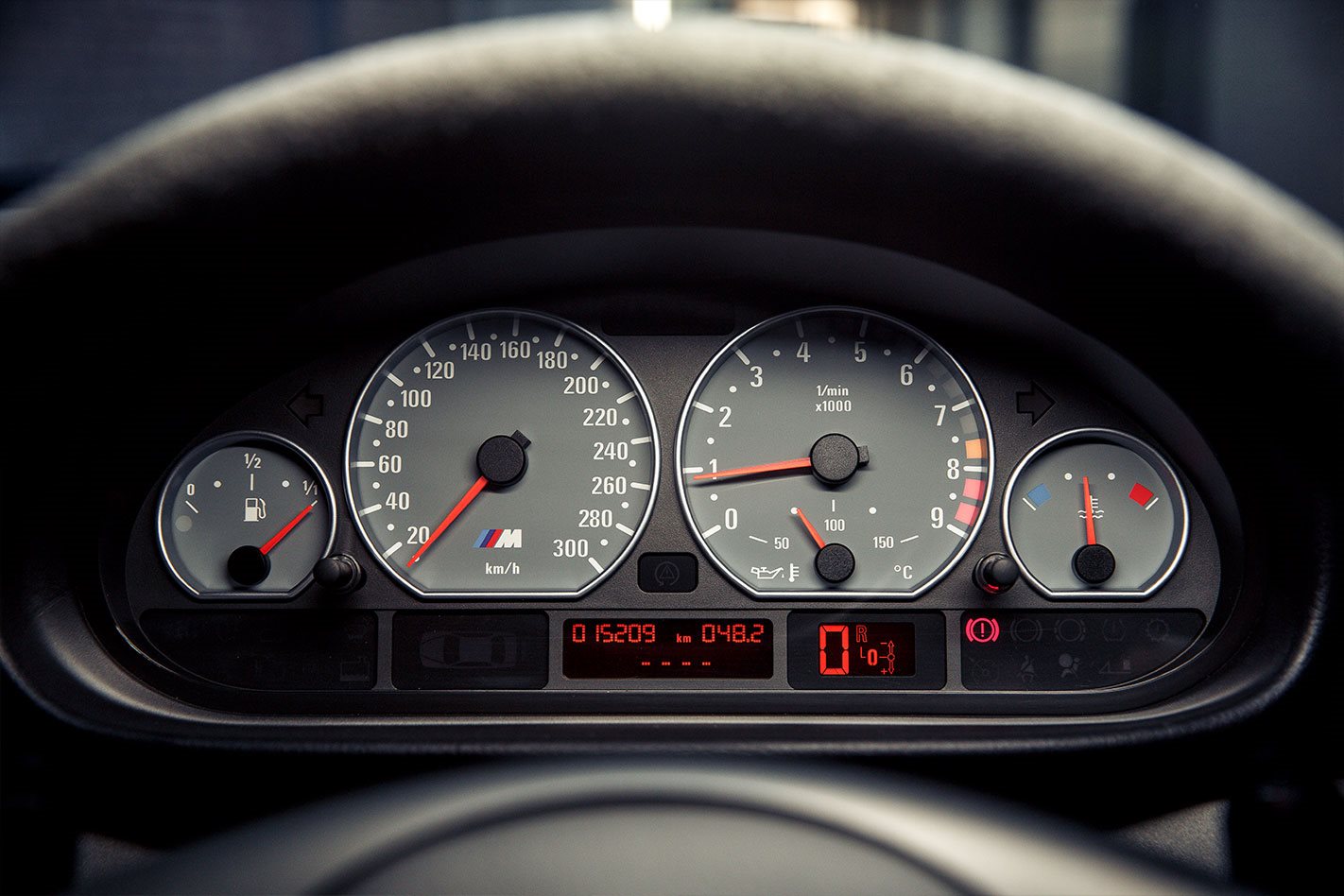 Somewhat controversially for the time, the CSL foresaw a trend: no clutch pedal for the flagship sports model. The SMG II ’box (in effect a robotised manual) seems a little quaint now. An M3 CS model (option S7MAA) was available in the UK and sold as the Competition Package (ZCP) in the US, which offered firmer suspension, bigger brakes and lookalike CSL wheels, but which was also offered with a manual transmission. For adherents of three pedals it’s the pick of the E46 M3 fold. Or, companies in the UK have successful converted a few CSLs to manual, but whether or not you want to heavily tamper with a rare modern classic is another issue altogether. 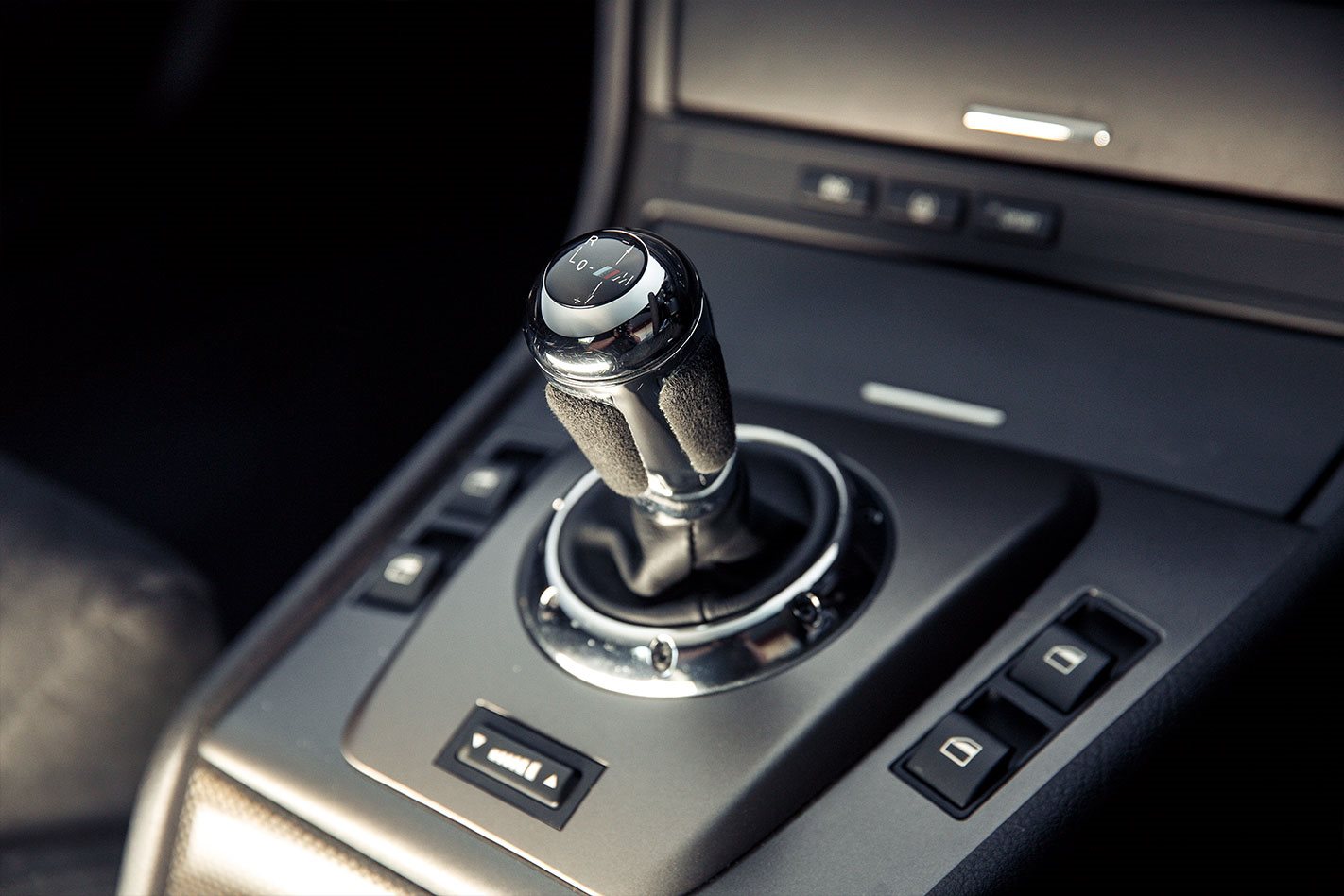 The E46 combined the aggression of the original E30 with the six-cylinder charisma of the E36 in the most perfectly proportioned package. Small wonder that the ultimate road-going incarnation of the E46 M3, the CSL, is possibly the most sought-after M3 in its storied history. Only 1383 were ever made, with just 544 sold in right-hand-drive guise and a mere 23 officially made it to Australian shores. 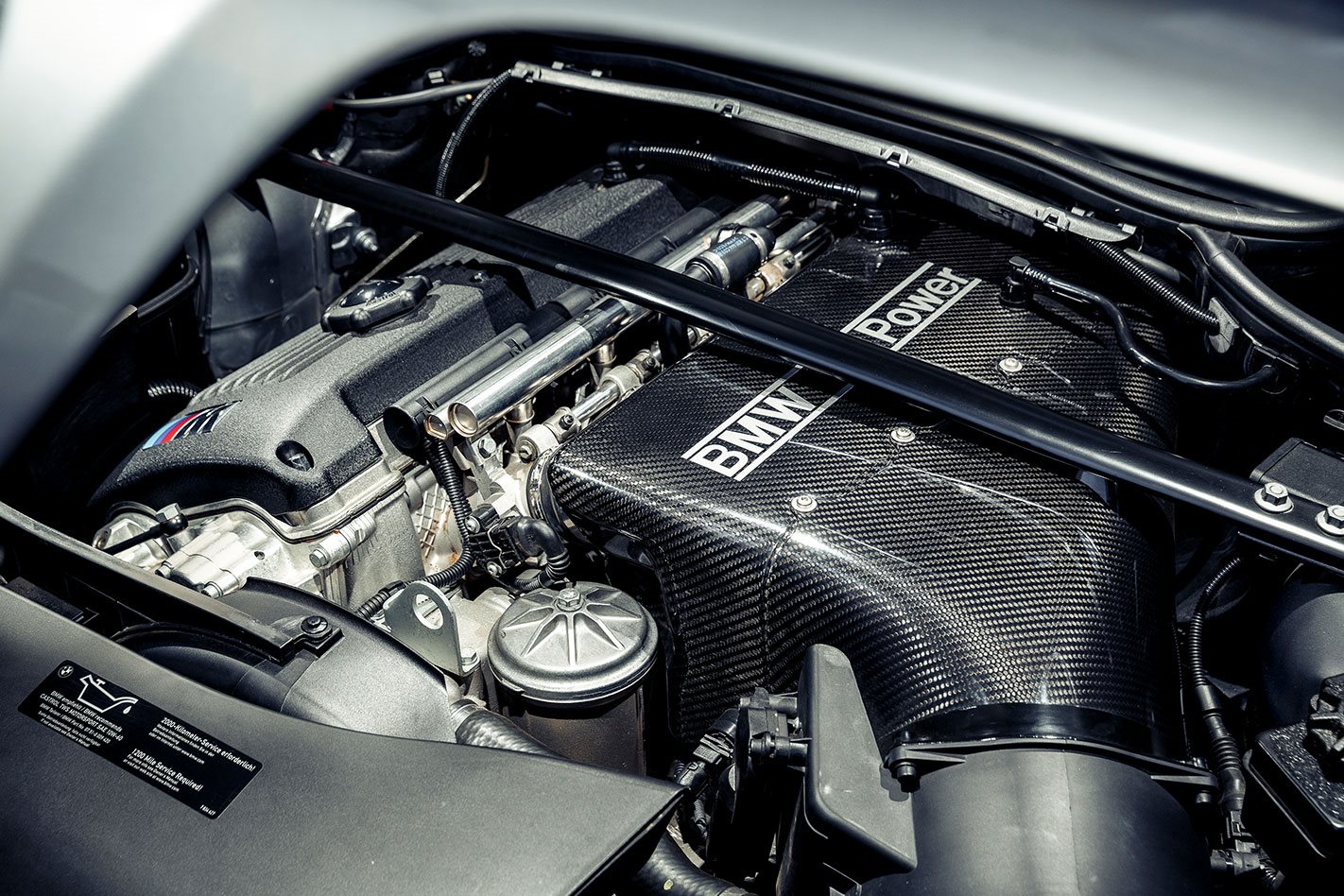