How could you not like a bloke who decides to build a 550kW supercharged all-wheel drive, V8-engined Holden Commodore ute?

Steve Riley is a Gippsland dairy farmer by profession and daredevil by choice. He raced off-road motorcycles for Honda for more than a decade and then made the transition to four wheels, and has since claimed three outright victories in the now defunct Australasian Safari.

We caught up with him in 2015 as he prepared to take on New Zealand’s reborn Race to the Sky hillclimb. With Pikes Peak being paved, the event became the longest dirt hill climb in the world. 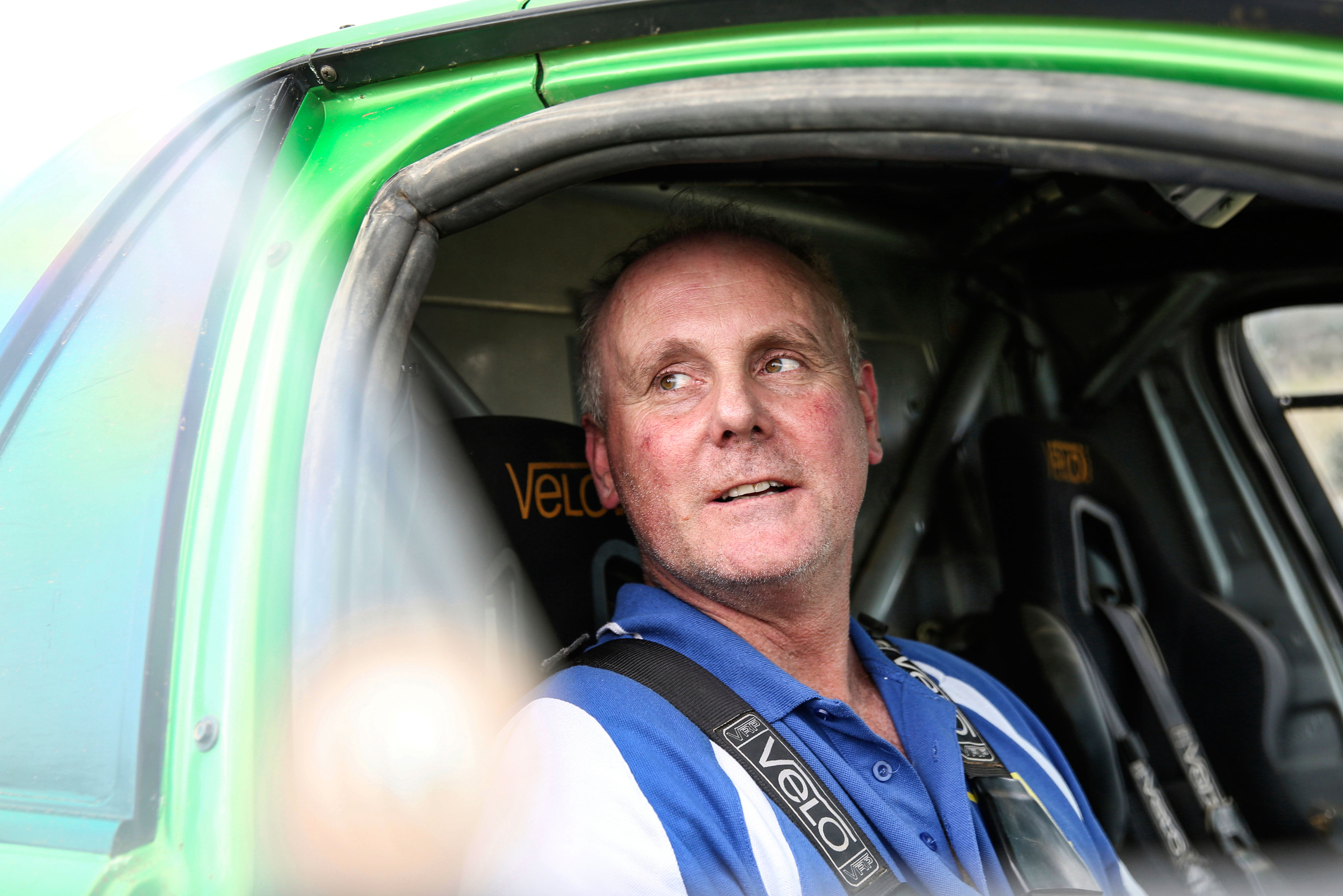 The 52-year-old, three-time Race to the Sky competitor has also had a couple of cracks at the Paris-Dakar – and finished both times – as well as the Pharaoh Rally in Egypt. This guy is a gun off-road racer who enjoys nothing more than “having a skid”, as he puts it.

But Riley fell in love with the Race to the Sky, which was staged on a sinuous dirt road out of the Cadrona Valley near Queenstown on New Zealand’s south island.

He raced it first in a Suzuki Hayabusa-engined special, and then added a second Hayabusa engine that helped him to finish second in 2002.

“We wanted more power and we thought of turbos and superchargers. But it was all a head-f--- for me so we decided to just put another engine in it,” he laughs. “I was shit scared of it, it was crazy to drive.” 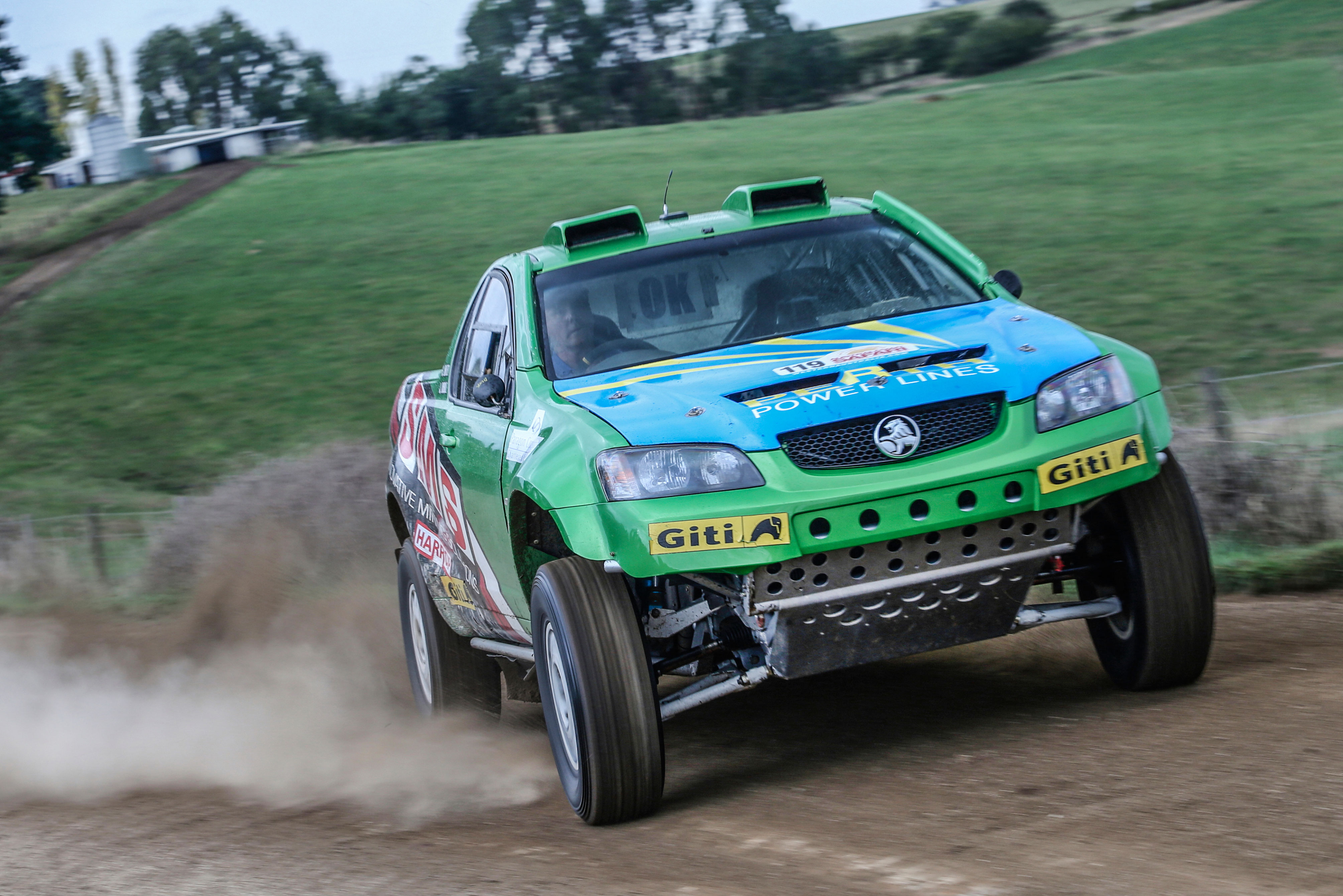 The Race to the Sky originally ran from 1998 to 2007 before various issues shut it down. Now Tony Quinn, the Scottish-born Australian-domiciled pet food and chocolate millionaire who has extensive motorsport investments on both sides of the ditch has fired the concept up once more.

And apart from simply being a great motorsport challenge, it has assumed the title of the world’s longest dirt hill climb event, now that the legendary Pikes Peak in Colorado has been sealed.

“It’s probably the best rally road you will find in the whole world, end of story,” declares Riley. “It’s got 136 corners, is 15km long and goes up a hill. What’s not to like about that?” 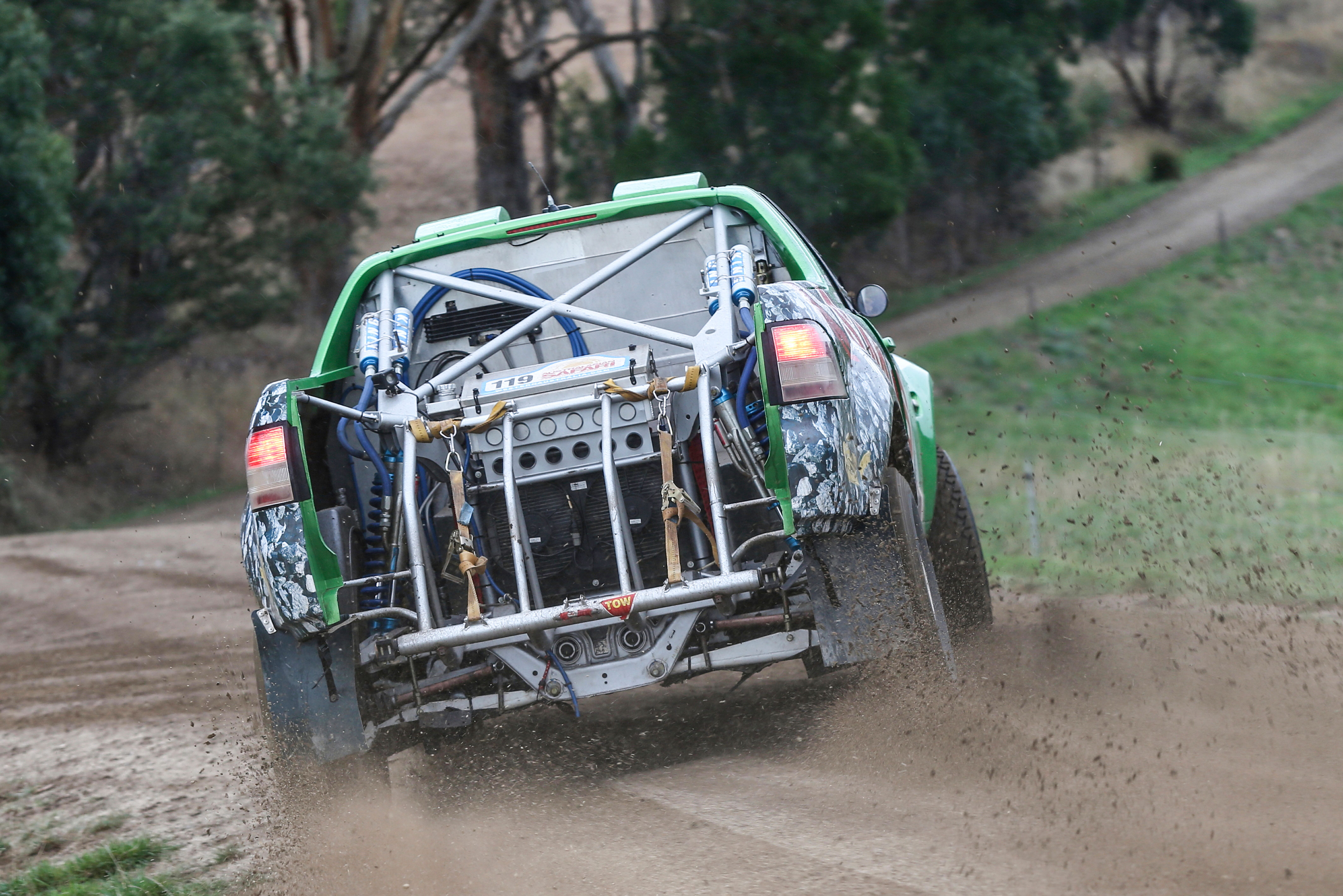 One hundred competitors on two and four wheels will take on the course. Quinn has commissioned ace race-car builder Paul Ceprnich to build him a tube chassis ‘Ford Focus’ powered by an 850hp VR38 Nissan twin-turbo V6 engine.

The event has also drawn the legendary eight-time winner of the event, Nobuhiro ‘Monster’ Tajima, to the south island, although he will drive his 670hp ‘Super 86’ based on a Toyota 86 rather than the wild Suzukis he has been associated with in the past.

Considering the strength of the field and some of the talent arrayed against him, Riley doesn’t think he is a winning proposition, but does aim to finish somewhere in the top 10. One thing he is sure of is that the Holden will be right up there amongst the fan favourites. 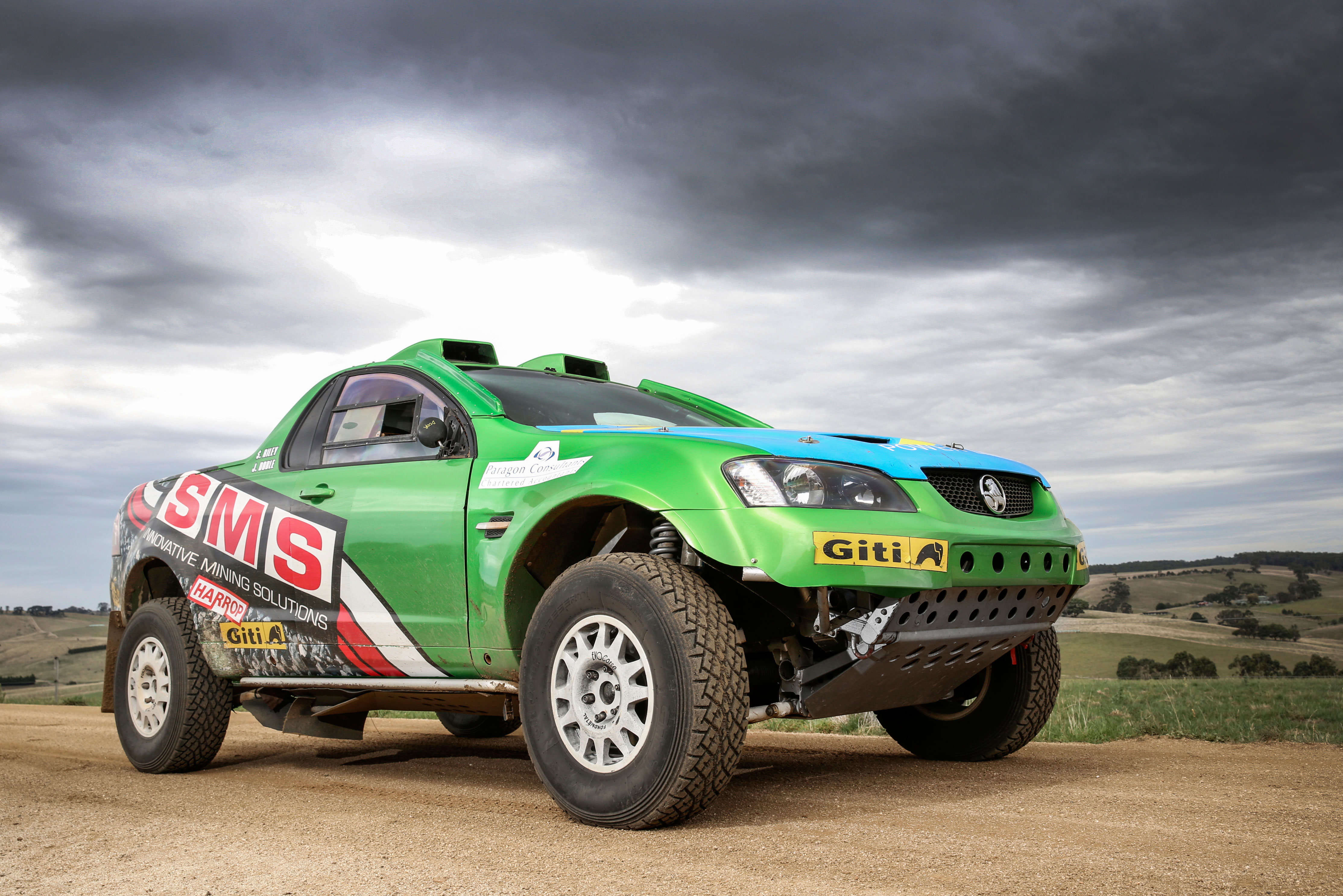 “You turn up at an event with a Nissan Navara, or a Patrol, or a Cruiser or a Pajero and people go ‘oh well’, but you turn up with a Holden ute with a V8 and a heap of ears prick up,” he said. “It’s got a real resonance with people and I suppose that comes from the V8 Supercars. To me, these are the V8s of the desert.”

Calling this vehicle a ‘Holden’ is stretching the reality more than a tad. The 7.0-litre V8 (bored out from the standard 6.2) is Chev-based, but the blower is from Melbourne’s Harrop Engineering. That 550kW is made at the rear wheels running on E85.

The chassis is a space frame, the four-wheel-drive system from a Mitsubishi Pajero and the gearbox a Melbourne-built Holinger six-speed. Two massive King coil-over shocks suspend each corner of the car. 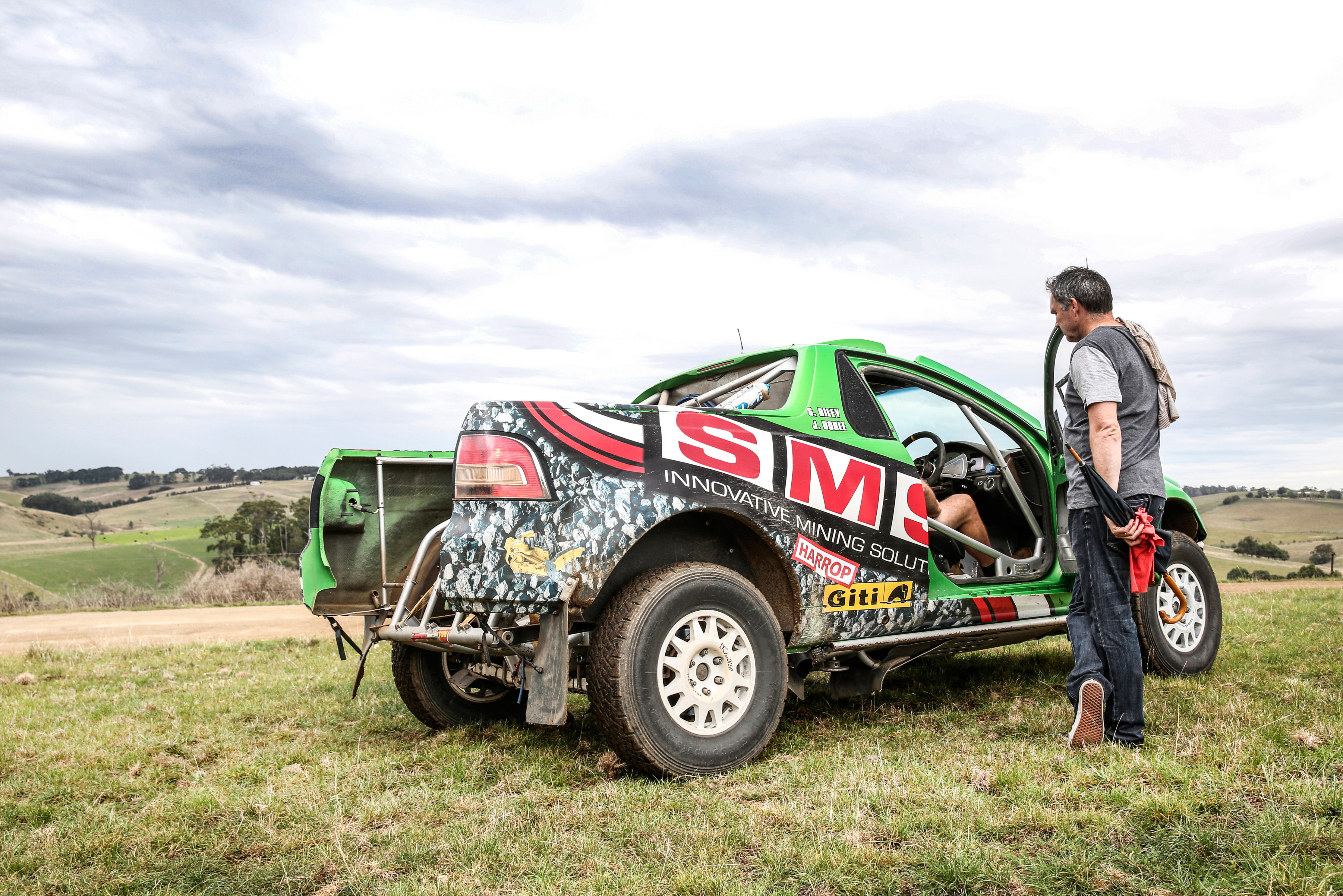 Impressively, apart from the engine, Riley built this thing himself in a shed on his farm – with a bit of help from his mates.

Listening and watching as it roars past on a brief demonstration run, it’s a visceral green missile, which Riley does well to keep pointed somewhere in right direction on these slick dirt roads.

“We’ll put on a good show,” he promises. We’re sure he will.

Following our interview with Riley, he went on to take his ballistic ute to the world stage, competing in the 2019 Dakar rally.

This article was originally published April 13, 2015, and has since been updated.