THE one take-home of 1968 is the growing strength of the Japanese car industry.

Just 20 years before, in 1948, Japan would produce just 110 cars. Two decades later, that would jump to a million – with Australia firmly in the industry’s sights.

It’s the year the VE Valiant series won the Wheels Car of the Year award, after it was judged as “the first tangible sign of a new spirit in the hitherto loftily isolated Adelaide company”. This came after two Valiant-badged models were rubbed out early in the previous year’s awards. Holden’s HK arrived early in 1968, causing a public stir with the revelation there would be a 210bhp (156kW) V8-engined version capable of 120mph (190km/h). However, it also introduced a number of safety upgrades including a heavily padded dashboard, a dual-circuit brake system, and collapsible steering column.

It also produced one of the iconic images of the time, the famous catsuited woman with the bright yellow Monaro. 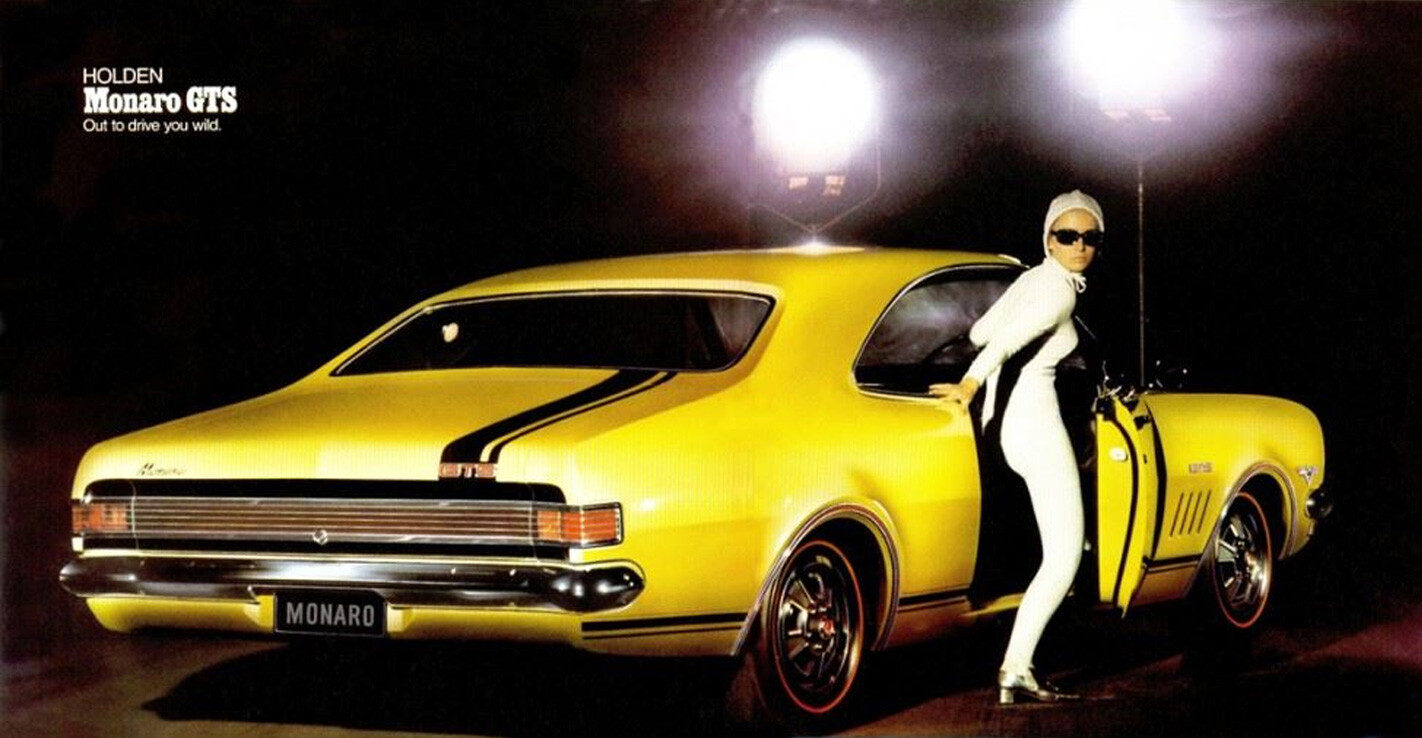 In 1969, Australian Motor Industries launched the locally built Rambler Javelin. Heavy with US styling, it featured a 210kW 5.6-litre V8 mated to a three-speed automatic, and was equipped with power steering, power disc brakes, and a ‘twin-grip’ limited slip differential.

Austin, meanwhile, decided it needed to have something to compete with the utes built by Holden and Ford. It effectively cut the back off a front-wheel-drive Austin 1800. Aussie-made cars took a distinct step upmarket. Flagship models from Holden (the Brougham), Ford (the Fairlane 500), and Valiant (the VIP) vied for a new class of cashed-up buyers wanting more than a standard car. 1969 was the year Australia asked the question: Should we drive on the right-hand side? The call came from Sweden’s move in 1967 to jump from right-hand drive to the left side of the car to bring it in line with the more common layout, however, Australia risked losing well-established and valuable export markets for locally made vehicles. The cost if we did it here? Estimated at $350 million – about $4 billion in today’s money – the amount of money it would soak up was ruled too high.

It was also the year the Holden Monaro won the Wheels Car of the Year award. Holden was on a bit of a roll, winning over buyers with its HB Torana after a lacklustre first-gen car disappointed buyers.

Toyota, meanwhile, had launched the Corolla Sprinter, a locally-assembled car meant to take the fight up to the Mini Cooper S. However, with just a rudimentary power increase over the standard engine, it was ruled more of a well-equipped fastback than a performance two-door. Rumours surfaced that Ford was about to introduce a Capri fastback-based Cortina, while a rumoured Falcon GT was slated for release late in 1969. The success of the Monaro had suddenly switched the focus to two-door models.

By this time, Japanese car brands had started eating into the market share of the Australian-based car makers who were hamstrung by strict local content laws that made it cheaper to sell limited-run imports which sidestepped volume requirements for locally made models.

So far, Toyota and Datsun were the only Japanese brands to launch a serious local production program.

Renault was also looking at local production as the industry called for content plans demanding up to 95 percent of the parts coming from within Australia. It had spent $5 million – the equivalent today of about $6 billion – to establish a manufacturing plant in Melbourne’s north.

Following the XT-based GT 351, Ford launched the car it wanted to claim the 1969 Bathurst 500: the XW GT 351, quickly labelled as Australia’s finest production sedan. Ford was also on a roll, starting to talk about introducing the Cortina to its Australian assembly program after the success of the Capri. Holden, meanwhile, rolled out the Monaro 350 GTS. The 1970 Wheels Car of the Year award was the first broadcast on television. The winner, the LC Torana, sourced 85 percent of its content from Australian sources. 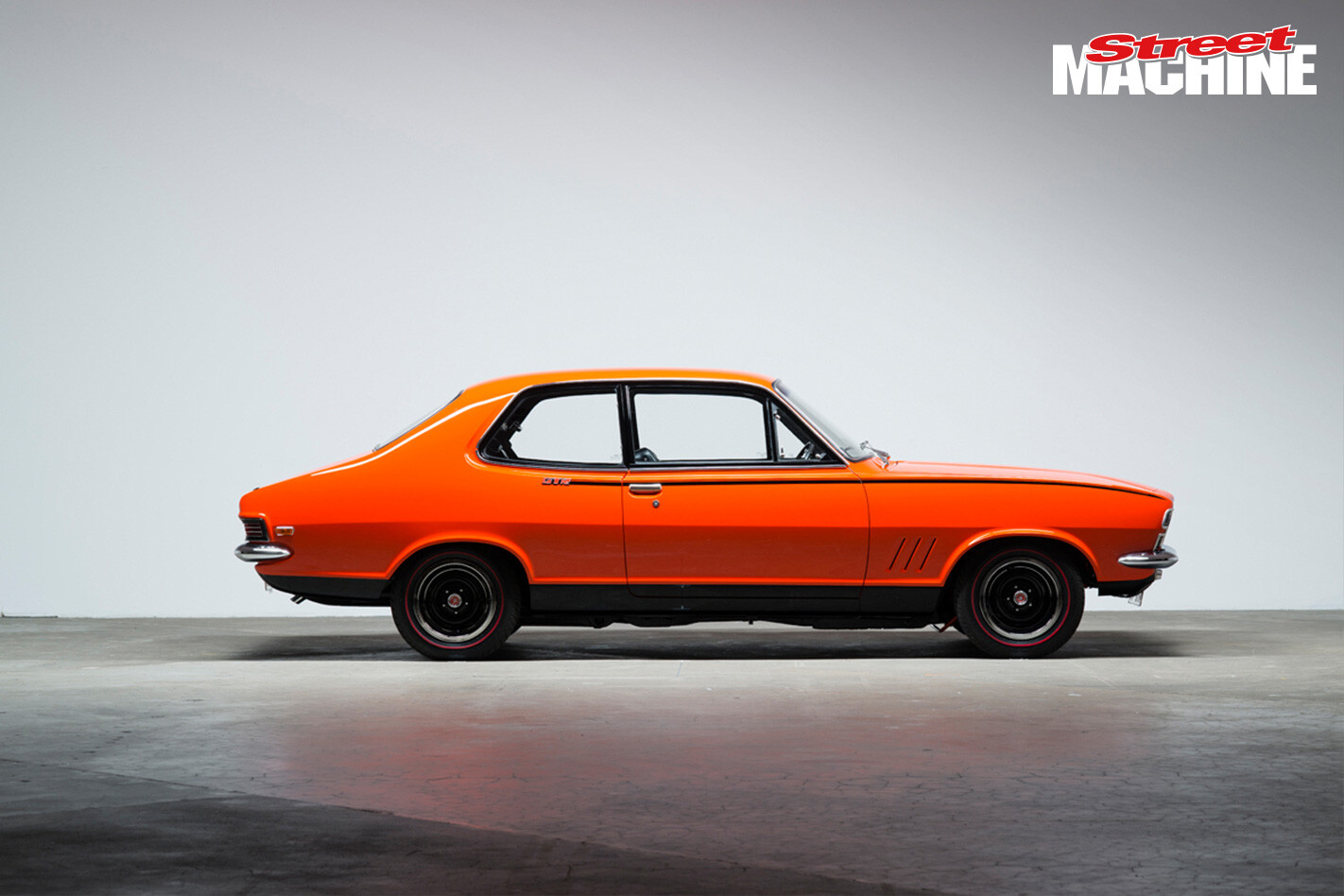 AMI, meanwhile, announced it would add the AM Hornet to its Port Melbourne assembly lines, going up against the likes of the Holden Premier, Ford Fairmont, and the Valiant Regal.

In short, 1970 was the year of the limited editions. Introduced to get around the restrictive local content laws, Australia was hit with a rush of short-run performance models designed to circumvent the high-volume restrictions. That included cars such as the Escort GT, the Bathurst-fighting Torana GTR XU-1, and the Valiant Pacer four-barrel sedan.

Valiant, meanwhile, introduced the Hemi 245 - quickly labelled the best six-cylinder power plant in the world - to the VG Valiant range.

The locally-assembled shovelnose Toyota Corona made way for an all-new model featuring a sleeker, wider body but carrying over many of the values that made the superseded model so attractive to buyers – the first major model change AMI had made to the strong-selling four-door in six years.

Holden added a Trimatic three-speed automatic to the facelifted HG range, replacing the old Powerglide two-speeder. Nissan, on the other hand, opened talks to have the Datsun 1200 assembled alongside Volkswagens at Clayton-based Motor Producers.

In 1970, Ford would introduce the shaker to its newly launched XY Falcon range, while British Leyland Australia would introduce a localised luxury Kimberley and Tasman, based on an extended Austin 1800. Motor Producers would start assembling the Volkswagen Passat and Beetle Superbug, and in 1971, added local assembly of Volvos. Overall, 52 percent of cars sold here were locally made, and the rest were imported, down from 70 percent in 1965. Chrysler Australia introduced the Hustler, a dressed-up Hunter, as a four-cylinder version of the six-pot and V8-engined Pacer, and laid plans for the Avenger. And the Renault 12, built here alongside the Peugeot 504, won the Wheels Car of the Year award. Toyota launched the Mark Two Corolla that was roomier, and more comfortable than the model it replaced, and even added a coupe version in 1971.

One of the biggest advances in car safety was introduced in 1970; with Victoria mandating the use of seatbelts – the first jurisdiction in the world to do so. Other Australian states and territories would follow.

British Leyland Australia announced it would add a rear-drive Morris 1500 – to be called the Cavalier here – to its portfolio from 1972, a big diversion from the traditional front-drive car maker, as well as a new Mini Clubman range that replaced the S with the GT. 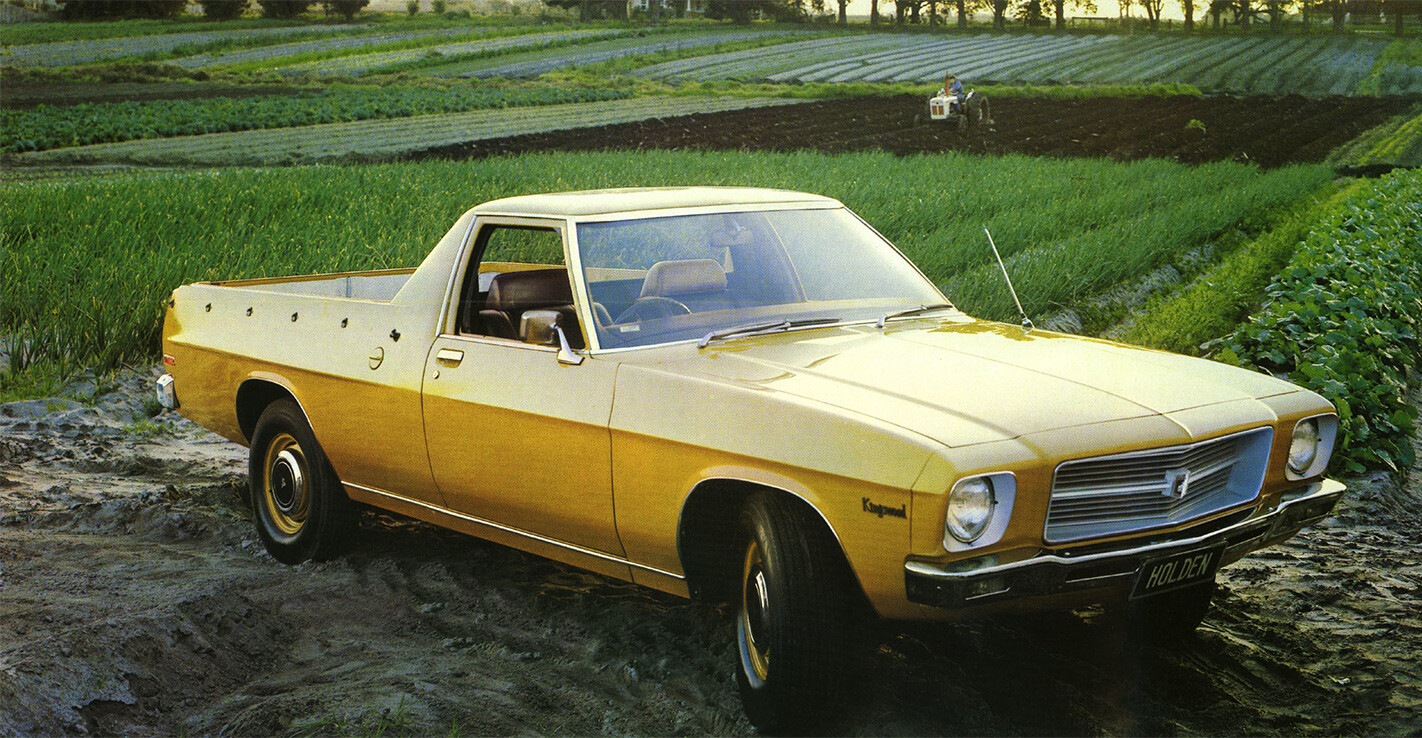 Holden had watched its share of the Australian market slip from one in every two sales to one in every three in 1971 as competition heated up. The car maker sold more than 139,000 cars in 1970, with Ford placing second with more than 92,000, and Chrysler a distant third with more than 39,500. Toyota was fourth with more than 26,000. By contrast, there were 58 Rolls-Royces, 47 Porsches, eight Lamborghinis, seven Ferraris, six Aston Martins, five Maseratis, and three Bentleys sold that year. Australia accounted for one in every 60 new cars assembled globally.

Holden used 1971 to launch the HQ Holden, the most changed car in the brand’s history, while Chrysler launched the VH Valiant, a “big car at normal prices” that included the two-door Charger. It’s also when Wheels ran one of its most controversial stories, traveling flat-out along the Hume Highway with the speedo on Falcon GT-HO Phase III off the dial. In 1972, Toyota and Nissan announced plans to take on Australia’s “Big Three” – Holden, Ford, and Chrysler – by manufacturing engines and bodies in Australia. The move stemmed from a Gorton government mandate in 1971 that all cars built here would have to have up to 95 percent local content by 1979. This would affect manufacturers including Renault, Motor Producers (Volkswagen, Volvo and Datsun), AMI (Triumph, Rambler and Toyota), and Pressed Metal (MG and Land Rover). Also caught up were Ford - which alongside the locally made Falcon range, was assembling the Escort, Capri, and Galaxie - and Chrysler with its Hunter, Galant, and Dodge Phoenix assembly lines supplementing Valiant production. Ford, meanwhile, achieved the unthinkable in January, overtaking Holden in the monthly sales stakes for the first time, largely on the run-out of its XY Falcon ahead of the introduction of the XA.

But the “stagflation” of the early 1970s – the end of the post-war economic boom in Australia -- was hitting hard, notably on new car sales. After reaching a sales peak in 1971, questions were now being asked about the long-term viability of supporting seven separate manufacturers in a market with a population of only 13 million people. Of note, 18.2 percent of those sales were claimed by Japanese car makers.

The year would close with local car makers unsure about how much they would need to invest in their engine and body manufacturing plants to meet the proposed local content mandates.

Next: Oil shock sweeps the world