YES, YOU could call this gong the We Were Wrong To Have Low Expectations Award but it doesn't quite roll off the tongue and makes a terrible acronym.

Yet for a car to surprise, we're sorry to say one must have had a reasonably-formed and not-necessarily-flattering idea in his or her mind prior to getting behind the wheel. This was true for us with the Peugeot 308 GTi.

We blame the 308 GT. Yeah, it's not bad, but to call it a hot hatch is a bit of a leap. We imagined the 308 GTi to be a version of that with more boost and bigger rubber. That was true, but it was more than that. Much more.

Peugeot Sport had gone off and created an off-its-head, giant-slaying hot hatch with a hilarious appetite for shredding front tyres, a proper mechanical limited-slip diff, big-boy brakes and tyres that screamed Sacrebleu. And the best bit? It all worked together to create something surprisingly angry – and fast.

We're talking about the more senior 270 version, too. Peugeot didn't even bother sending this variant to our Bang For Your Bucks event this year, confident enough in the more junior 250 (pictured) which packs less grunt and less gear. An element of strategy may have been involved as you can option the 250 with the 270's 19-inch wheels and very grippy Michelin Pilot Super Sport tyres and keep under $50K. And so the 308 GTi 250 came to BFYB, saw, and surprised both objectively and subjectively.

Think a 1:40.1sec lap around Winton – quicker than a Falcon XR6 Sprint. That's what'll happen when you put a 184kW/330Nm turbo 1.6-litre four-banger in a car that weighs 1205kg (just 8kg more than a Ford Fiesta ST). We can only imagine how the more potent 200kW 270 version might've gone with the big, 380mm four-pot front brakes and proper diff, which was missed around Winton's tighter corners. Indeed in a separate test the 270 banged out a decent 6.09 seconds 0-100km/h. The thing's mad. 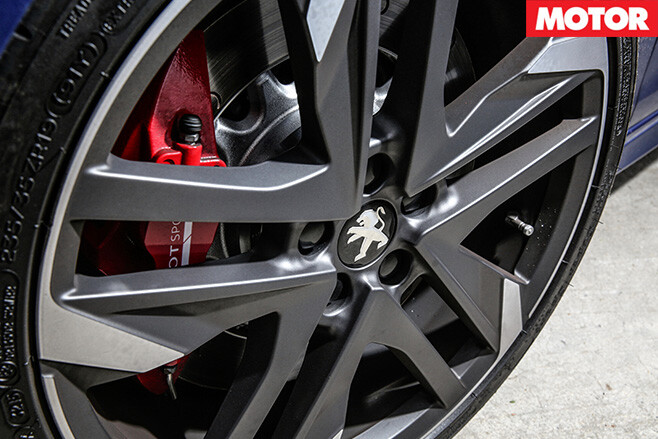 Yet for its zanier side it's restrained when it needs to be. Think of it like a Volkswagen Golf GTI Performance and a Renault Megane RS275 mixed together and you've got a reasonable idea what the 308 GTi 270 is all about.

It's plush inside, makes a good noise in Sport mode (even if a little artificial – it gets a bit of help via the stereo) and while unlike a Megane RS the chassis takes some provocation to come unstuck, thanks to that diff it can get up a tight, twisty road at a rate that'll keep you more than paying attention. WWWTHLE indeed.

Honourable mention: Ford Mustang GT. American performance cars have earned themselves a reputation for looking good, making a fab noise and going hard in a straight line – aaaand that's about it. 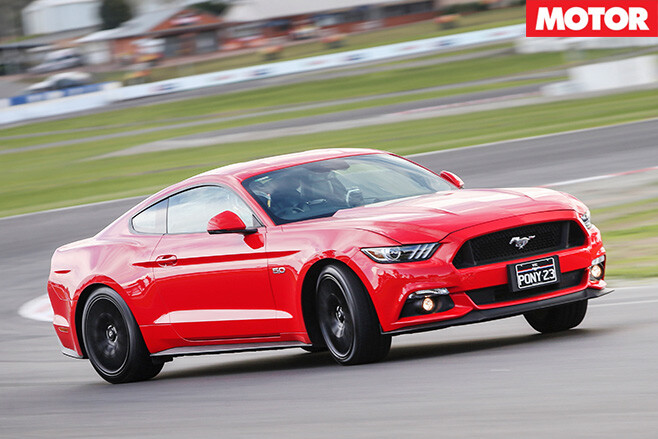 So when we saddled-up Ford's new ponycar for the first time we were surprised the Blue Oval people weren't looking more worried: they had included corners on the test route. But not only did the Mustang GT cut a mean line through the bends but it felt to lap them up with sweet, accurate steering and an agile, capable chassis. It's even fun on a twisty road.

An American car, who would've thought? Not us, we were wrong. And happy to be.