Ultimate Turbo out of its depth

SOME OF us had Ford’s XR6 Sprint pegged as this event’s dark horse. Here was Australia’s greatest ever engine laid in the Falcon’s greatest ever chassis. And, to boot, it’s almost 10 per cent cheaper than its eight-cylinder twin.

Fusing its engine with the best bits from the F6’s meant the drag strip was always going to be a hoot, and the ZF six-speed’s launch-control meant getting off the line was considerably easier than with the XR8.

Stomping the throttle in first gear saw the new, but thinner, rear Pirelli boots throw the XR6 across the quarter mile in 12.89sec at 184.11km/h. A relatively average result, backed up by its 4.89sec scramble to 100km/h. But it’s the turbo Sprint’s crushing in-gear acceleration that spoke loudest. 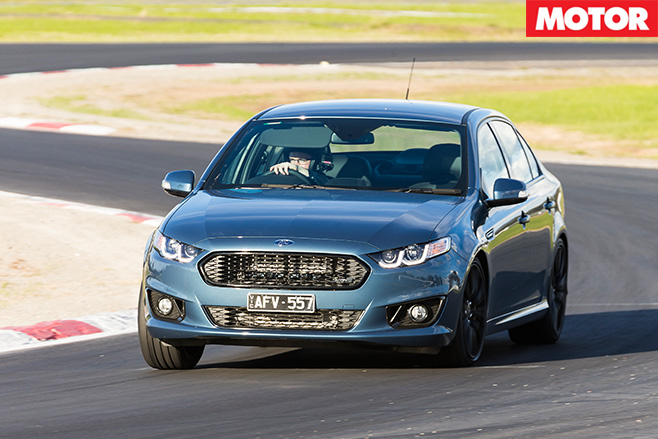 Sure, during their clandestine ‘overboost’ period the XR6’s 30kW down on the XR8’s 400kW. But the XR6 matches it for twist, dialling up 650Nm from 2500rpm and holding that all the way to the 6250rpm cut-out, which resets the overboost’s 10-second timer.

As a result it evaporated 80km/h-120km/h in 2.52 seconds (quicker than anything else on test), to underscore Ford Oz’s Sprints are the Falcon in its final, and most potent, form.
The sound made during the runs is new too. Sucking through a bigger carbon fibre intake and blowing gases out a new exhaust, it spools loudly, burps angrily on upshifts, and viscously expels boost off-throttle.

The engine dominates the experience, but it’s not all Ford Oz has improved. Understeer’s claimed to have been banished from its CV. And that’s true, to an extent, as the XR6 tore around the turn nine faster than everything except the Audi TTS – a 358kg lighter all-paw sportscar. 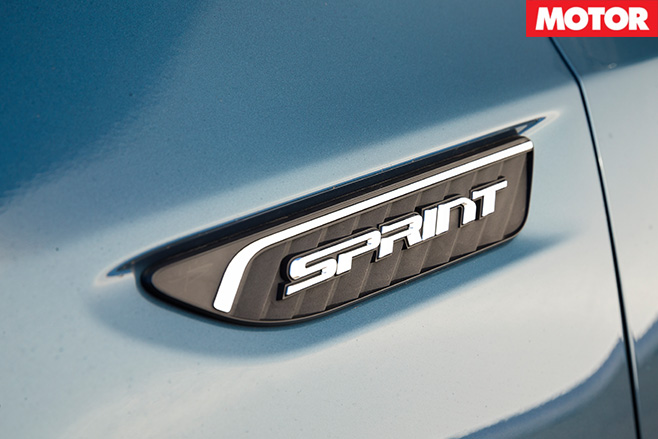 So why, then, was the XR6 the only car in this category to lap in the 1:40s? Simple, the brakes suffered from dull feedback and the gearbox’s reluctant downshifts would over slow the car, making it hard to carry speed into corners.

As for what the judges thought, the XR6 Sprint’s package just couldn’t make lapping, or cornering, anywhere near as enjoyable as the dragstrip. The steering rack was vaguer than a politician’s speech, and many of us missed a manual gearbox.

Ford Oz should feel vindicated its tuning of the Sprints bore genuine results here at Bang. But even with that cracking price, the improvement just wasn’t comprehensive enough to help it ascend the ranks.

So while the old girl bows out as one of the best within its bloodlines, it’s seventh among its peers. 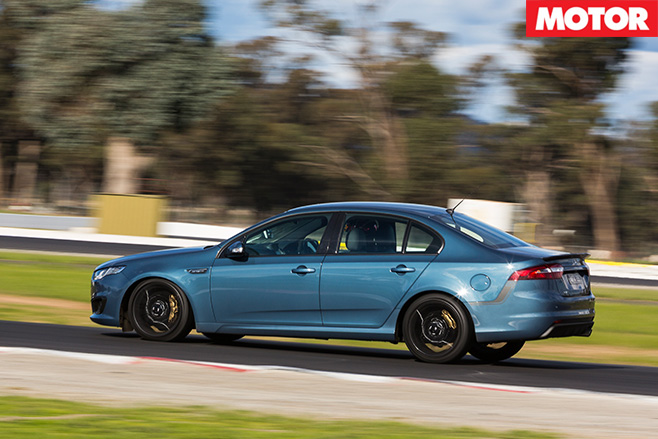 10. Dylan Campbell
“More fun, and works better, on the road than track.” 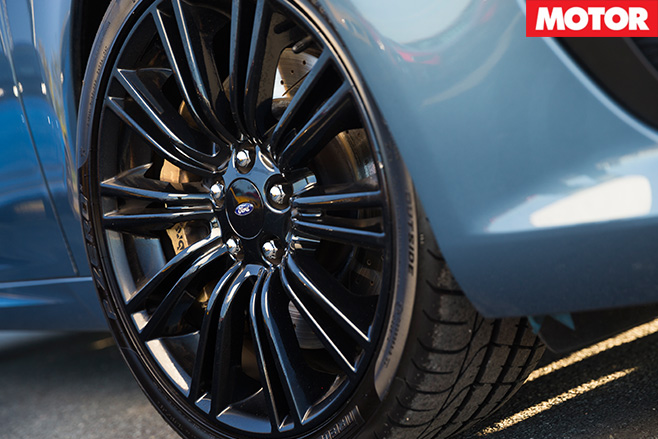 WARREN LUFF SAYS
10. “Showing its age in every area – in braking, in ergonomics, in steering...”

“HONESTLY this car feels more like it should be at a Hot Tuner Challenge than at Bang. It feels like it’s the same thing underneath, but with some more power and a few more little add-on bits and pieces.

“There’s no confidence to want to try and push fast in the car. The engine is great but everything else lets it down. The gearbox doesn’t get a rev on the downshift, so it’s very slow to want to go back down to second gear. You end up over slowing the car and then the brakes aren’t that strong, so you’re struggling to pull the thing up.

“It’s still a bit of fun and it has good power, but that’s about it.”