The Chevrolet Camaro ZL1 is an absolute rocketship in a straight line.

Check the end of this story for an update with more recent tests - including in manual guise!

That might seem like stating the obvious when it has a 477kW/881Nm 6.2-litre supercharged V8 and 10 gears to choose from, but high-powered rear-drive rs are notorious for being a nightmare to launch on anything other than a fully-prepared drag strip. 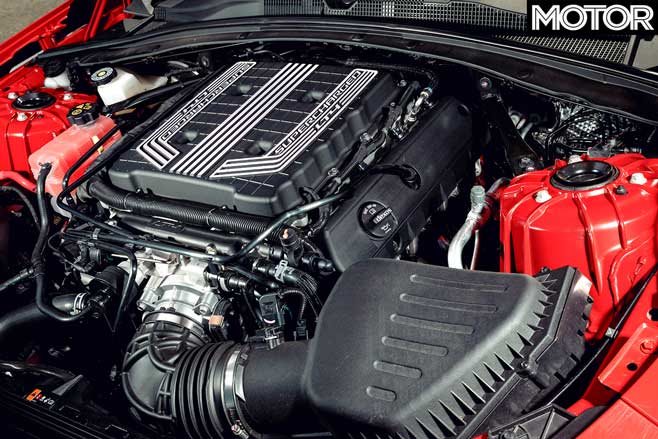 To illustrate this fact, the last time we performance-tested the Camaro ZL1 at a slippery unprepped Heathcote Raceway, it recorded 0-100km/h in 4.3sec and a 12.1sec quarter mile at 201.4km/h. Impressive numbers, but the trap speed indicates its capable of much more.

While we don’t have access to a prepped drag strip, during Performance Car of the Year testing we did have a perfectly dry surface at The Bend Motorsport Park and a new set of Goodyear Eagle F1 Supercar 3 tyres to use.

Yes, these are the tyres that failed the ADR tests but it’s the tyres it was on during our previous comparison (HSV supplies them through Walkinshaw Performance as a $1000 Track Pack) and given we’re on a track, it seems reasonable to use them. 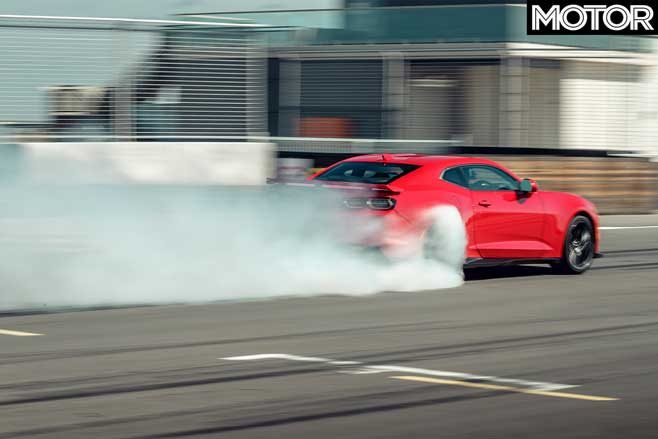 Traction is limited on cold tyres, but planting your foot and grabbing gears will see the ZL1 do an almighty power skid all the way to fifth gear, which seems sufficient to build enough temperature.

Getting it rolling initially still requires a sensitive right foot – as ever, it’s quicker with all electronic aids disabled – but short-shifting into second helps traction with next to no penalty in acceleration rate thanks to the super-close gearing of the 10-speed auto.

From there it’s a case of remembering to change gear, something you’ll be doing regularly as the Camaro ZL1 is into sixth gear by the time it crosses the quarter mile. 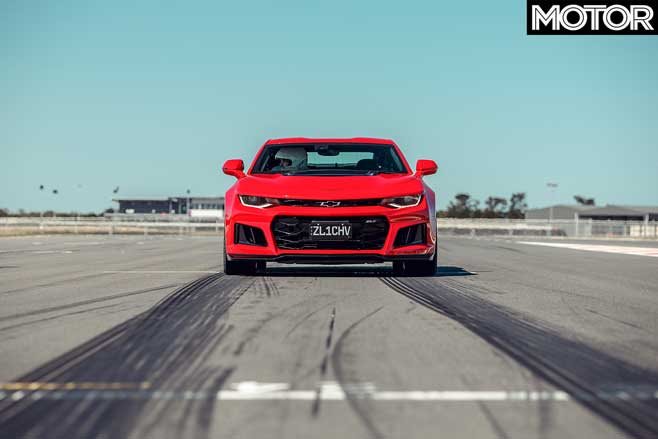 There’s potentially more to come from the ZL1, too. Timing difficulties meant we had to re-run all the cars with limited time and on one of its earlier runs the ZL1 ran 11.6sec at 205.0km/h. Even better, use strip timing and slap a set of drag radials on, like Street Machine did during its Drag Challenge, and you’ll manage 11.2sec at 204.47km/h.

MOTOR has just taken delivery of a Camaro ZL1 long-termer, so with those same drag radials and a bit of luck, could we possibly squeak into the 10s? It’s worth a try.

Since we first published this story we've had the opportunity to performance the Camaro ZL1 on a number of other occasions, including in manual guise.

Staff Journalist Louis Cordony nabbed the Mickey Thompsons from Street Machine and headed to Heathcote, but sadly Victoria's recent wild weather left the strip covered in a thing layer of dust. Despite the sticky drag rubber, the Camaro's epic power simply couldn't be deployed on the slippery surface.

Undeterred, we headed back to compare the automatic long-termer to the new manual variant. Thankfully, conditions were much better and the times reflected this. Both cars were fitted with the Continental ContiSportContact 5P tyres. 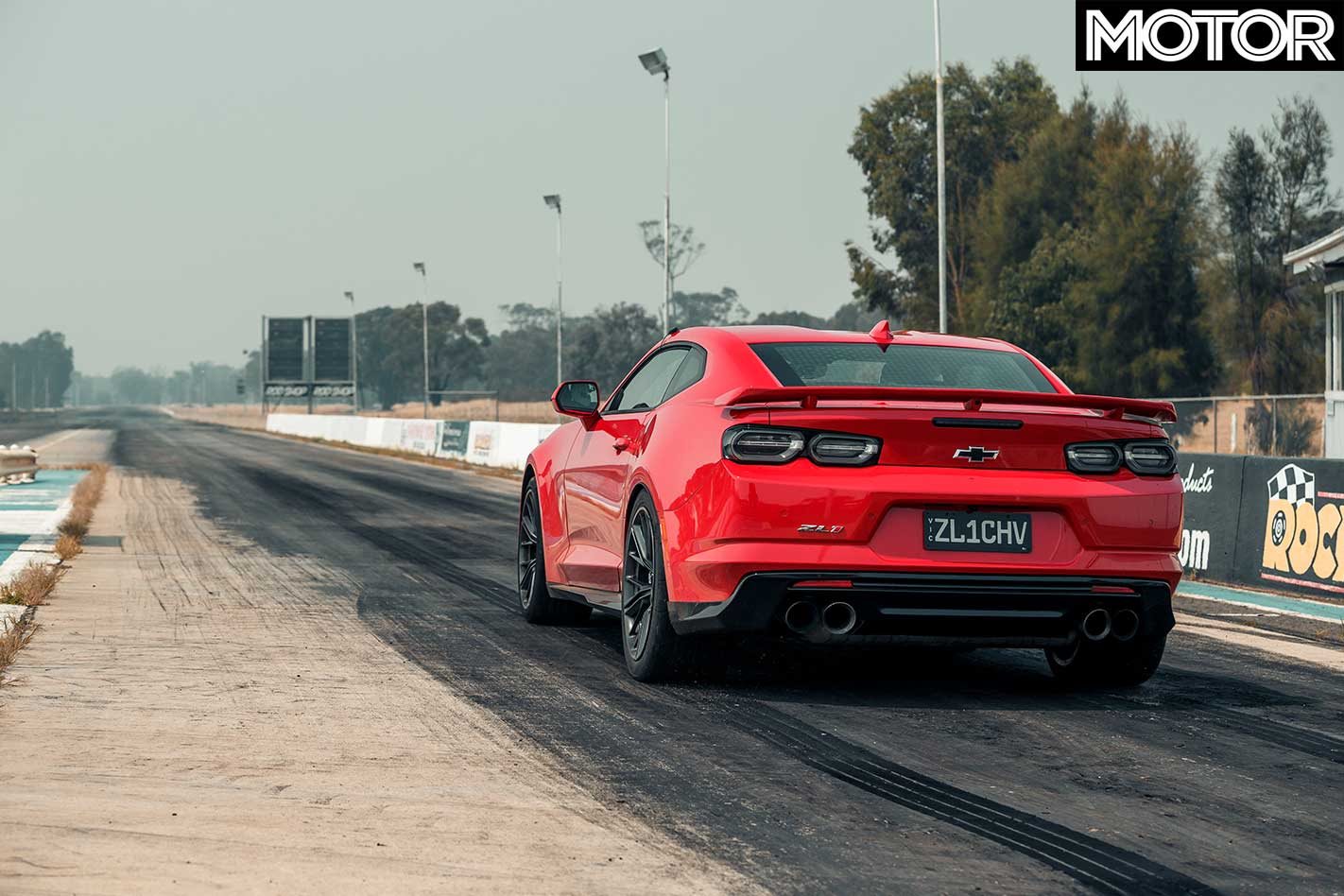 Apply rollout to give a more accurate representation of drag strip timing and the figures drop to 3.99sec/11.85sec at 196.51km/h and 3.79sec/11.60sec at 200.03km/h for the manual and automatic respectively. On a drag strip in perfect conditions with the right tyres we reckon an automatic ZL1 has the potential for a 10sec pass, even if it is a 10.99!