In this job us MOTORists are lucky enough to drive all sorts of fast, exotic cars, so the realisation that the most powerful car I’ve ever driven is a relatively humble Commodore raises a wry smile. 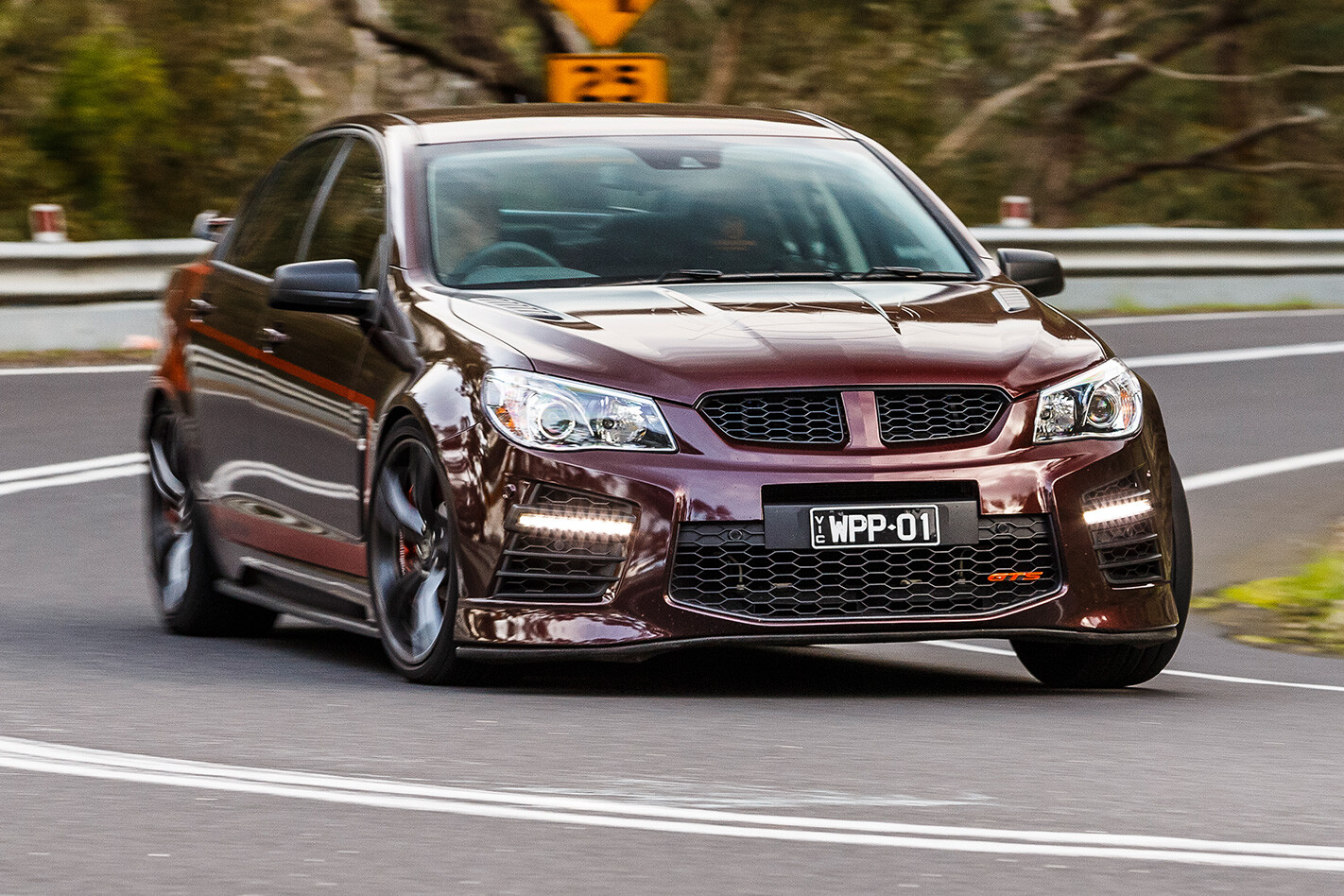 Unlike the LS3-based Racing Edition, however, the W557 uses the 6.2-litre LSA supercharged V8 as a starting point, found in HSV’s GTS from Gen-F onwards and its Clubsport and Maloo R8 LSA models from Gen-F2 to the present day.

The scale of the modifications is surprisingly modest given the earth-spinning power on offer, beginning with a new intake and cat-back exhaust, ceramic-coated headers, 1000cc injectors and a cam upgrade, while a solid isolator coupling, beehive-style valve springs and new bolts for the cam and crank add some peace of mind. For used vehicles, identified as anything exceeding 20,000km, head gaskets, head bolts, OEM lifters and lifter guides are also replaced as a precautionary measure. Finally, an ECU calibration makes the most of the new hardware.

For new vehicles the package costs $12,990 with used vehicles adding $1000, while existing Walkinshaw W507 owners can upgrade for $4990 (new) or $5990 (used). All prices include GST and fitting. If you’re extra keen, Walkinshaw’s, erm, eye-catching decals and VH SL/E-style burgundy trim (with contrasting orange stitching no less) are available at extra cost. Walkinshaw’s W557 is based on a Gen-F2 GTS and it’s the vehicle that feels most ripe for the W557 upgrade, with the braking and suspension sophistication to make the most of the extra power. If you’re applying the kit to a Clubsport or Maloo, we’d definitely recommend optioning bigger brakes, either from HSV or Walkinshaw.

It’s amazing how right the GTS feels with this level of power; while the standard car’s attributes all feel nicely in harmony, the W557 swings the pendulum firmly back in favour of power. We’ve never had an issue with the quality of Walkinshaw’s work, however its cars haven’t always felt as fast as the headline numbers suggest – this is not the case with the W557. 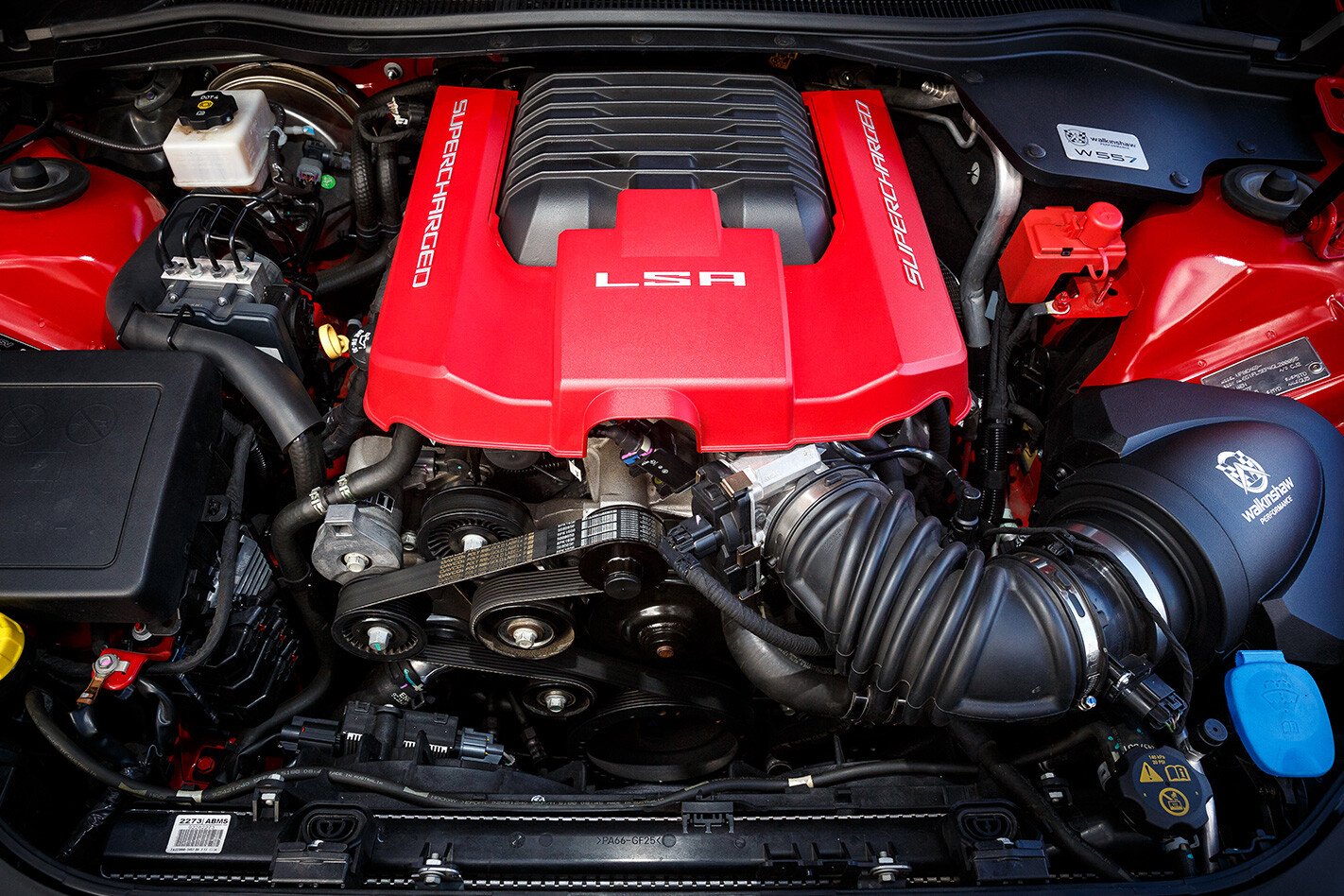 It doesn’t have the sudden mid-range punch of the latest turbocharged V8s; instead it just builds linearly with a never-ending push. Accelerate for even the briefest moment out of a corner and large numbers appear on the head-up display very quickly. The power is delivered so progressively, though, that it never feels unwieldy or unpredictable. Even in the tight confines of the Bryant Park hillclimb course the two-tonne, near-750bhp W557 could be thrown around with abandon, at no point feeling like it would bite. Credit to HSV for building such an excellent chassis, but also credit to Walkinshaw for making this amount of power completely useable.

More than useable, in fact. The W557 is tractable in traffic with no coughs or hesitations and the only time its higher state of tune makes itself known is on a cold start, where it needs a couple of seconds to compose itself. Hop straight in and select drive and it’ll stall. Fuel use is also terrifying; this probably comes as little surprise but count on about 300km per 71-litre tank in daily use and less if you drive it hard.

But what’s a little fuel between friends? Walkinshaw’s W557 package turns the HSV GTS from a weapon into a monster and a GTSR would be even better again. Almost $130,000 might be a lot of money for a Commodore, but it’s practical, comfortable, useable and capable of giving a $250,000 Mercedes-AMG E63 a fright in a straight line.

Have we mentioned how much we’ll miss cars like this?