IT’S A harsh reality of the free market that your product can be on top of the world one minute, deader than disco the next. In February 1983, legendary competitions manager Stuart Turner took the helm as director of Ford Motorsport Europe. Job one was to axe the next Escort rally car, the RS1700T. 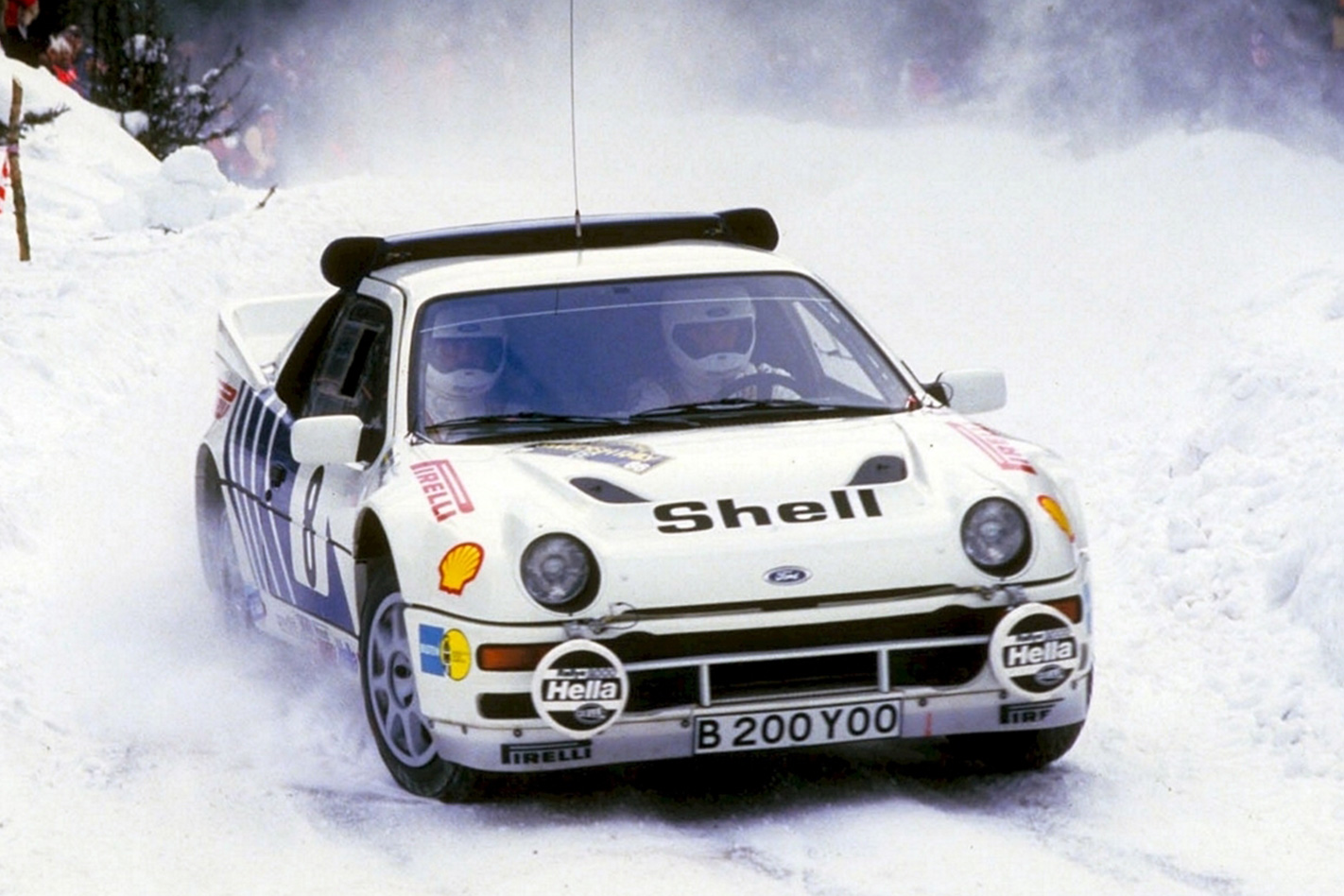 As recently as 1981, the Escort RS1800 had carried Ari Vatanen to the WRC driver’s title. But in late-1980 had come a new, front-drive Escort road car. The RS1700T was a rear-drive, turbocharged homologation special.

However, in 1982 the world was changing. Group B was introduced, Audi’s Quattro was finding its feet and the future would be all-wheel drive.

In July 1983 Turner commissioned designer Tony Southgate and engineer John Wheeler to create a Group B car. The project see-sawed between circuit-racing design, rally durability and Ford corporate concerns, but the first prototype of the ‘B200’ – for the homologation number – was, remarkably, shown to Ford brass in March 1984. 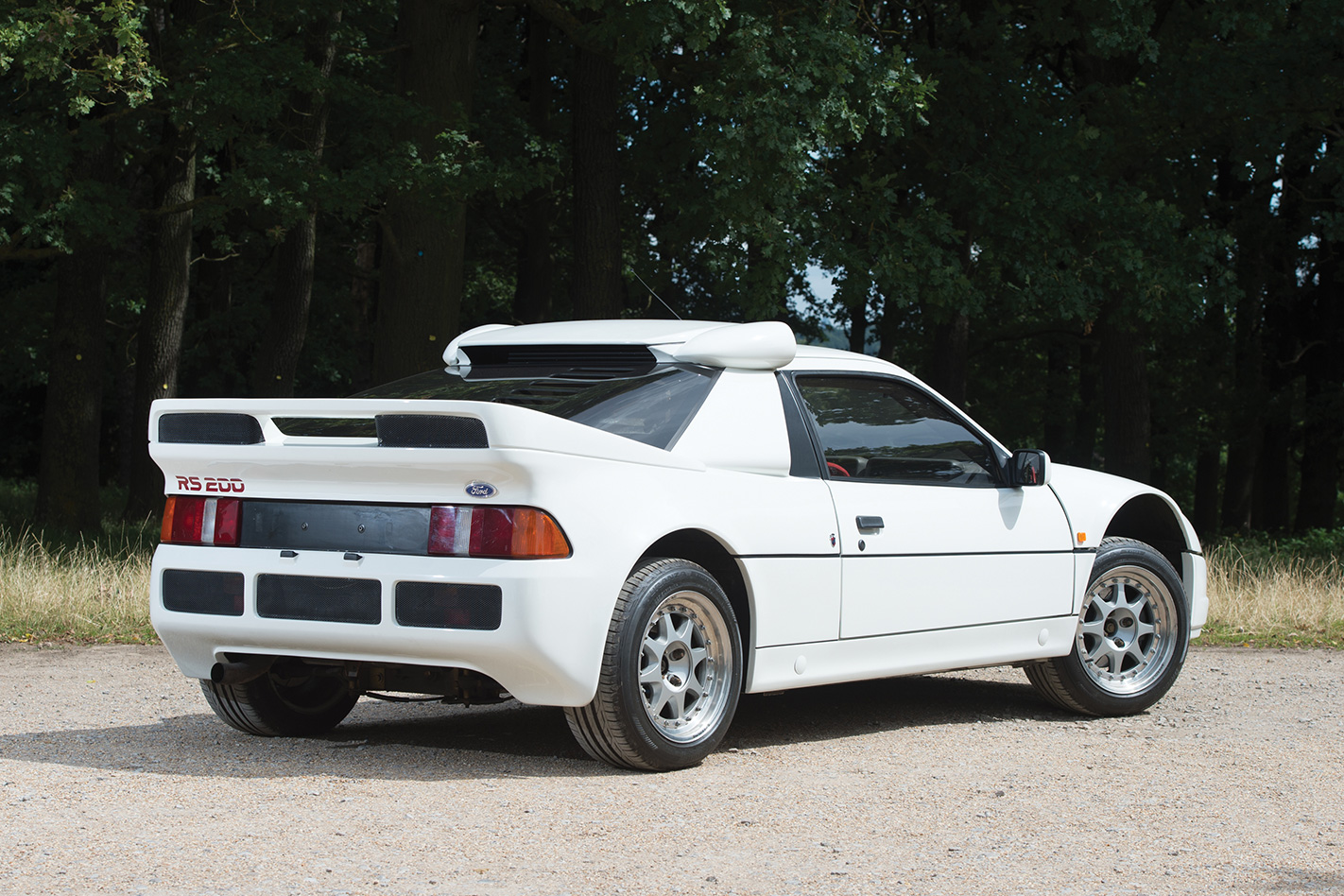 The 4m-long, 1.3m-tall two-seater was certainly a turnaround: the RS1700T’s 1.8-litre ‘BDT’ four-cylinder engine sat longitudinally behind the cockpit, a carbonfibre prop shaft taking drive forward to the front-mounted gearbox, and the front wheels. A second, parallel prop shaft took drive back to the rear wheels. Circuit-racing design showed in the aluminium monocoque construction. The Ghia-designed body had a roof-mounted intercooler.

The RS200 was first shown publicly in November 1984, but the prototype-to-production journey was a learning experience. Rally cars are worked on from below, making a flat floor impractical; steel suspension subframes, while crude, can be repaired by the roadside. Many modifications were made. 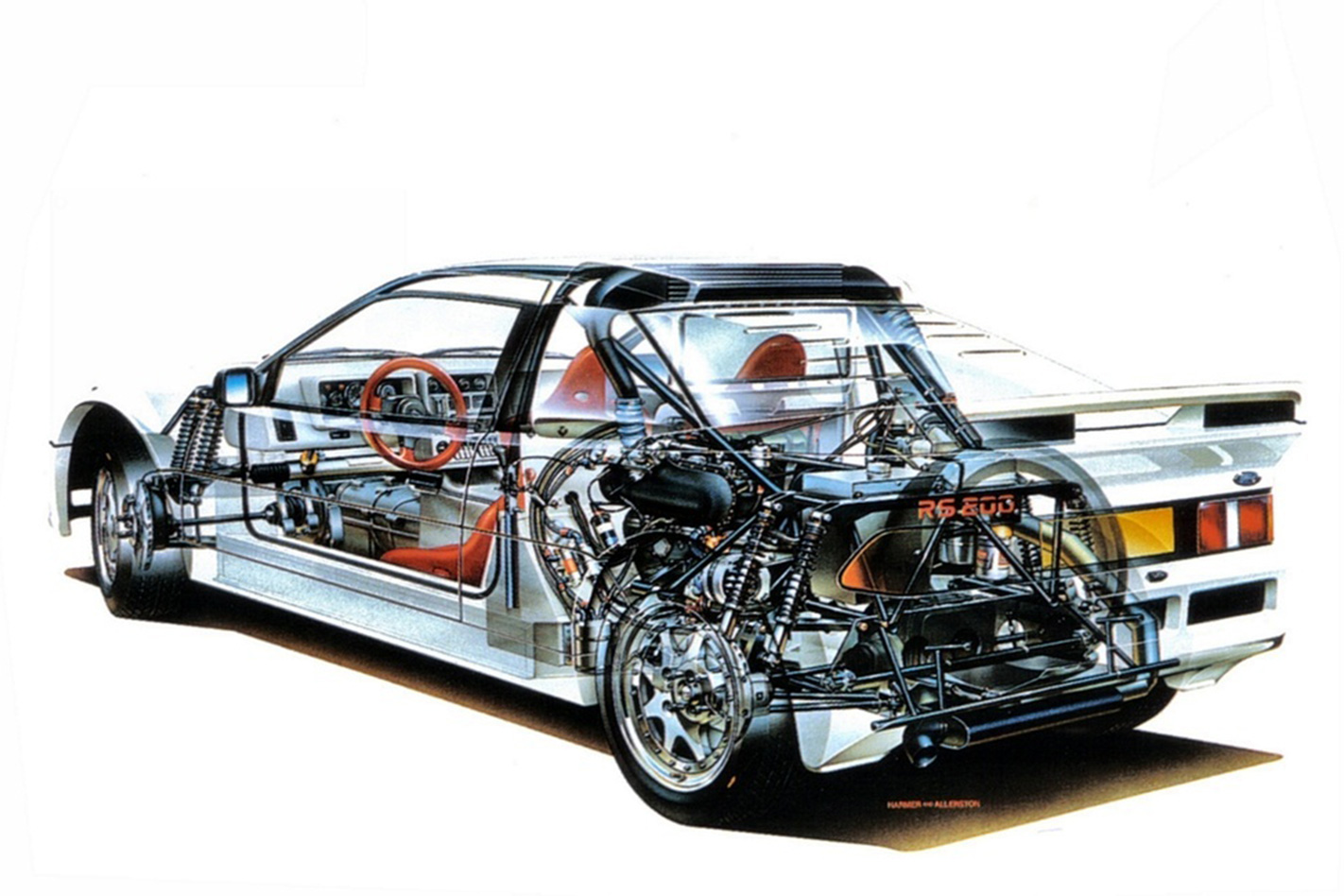 The RS200 was homologated on February 1, 1986 and debuted a fortnight later in Sweden, finishing third. Consider that the Peugeot 205 T16 and Lancia Delta S4 ahead of it were already in their wildest Evo guises. At the next round, Portugal, an RS200 crashed into spectators, killing three. And two rounds later, after the Lancia tragedy in Corsica, it was announced that Group B would be banned.

With only seven RS200s delivered, around 140 orders were cancelled. Ford Motorsport dismantled 46 cars for spare parts and, painfully slowly, sold off the remainder (asking £50K each) by the end of 1988, variously specced for road and rally. It’s generally agreed that a total of 148 RS200s were sold. 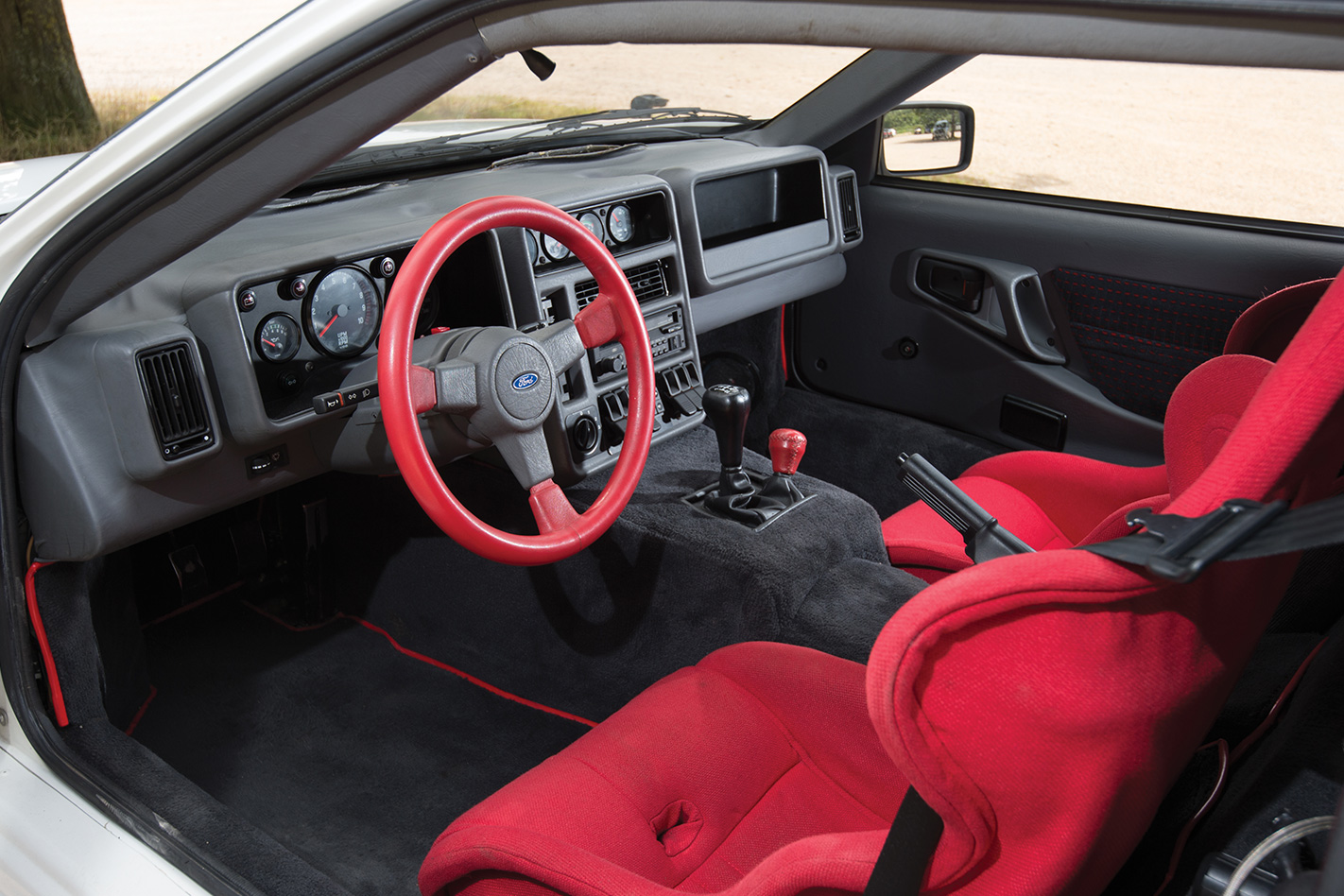 The RS200 was built in both left- and right-hand drive. The interior was dominated by the tall transmission tunnel that covered the gearbox; the red knob is the three-position torque split (37/63, 50/50 or 100 percent rear). Modular dash carried mainly Sierra parts-bin bits. Some of the final 43 cars went to Aston Martin and got leather Recaro seats and Wilton carpet. Road versions substituted the second, nose-mounted spare with a luggage bin. 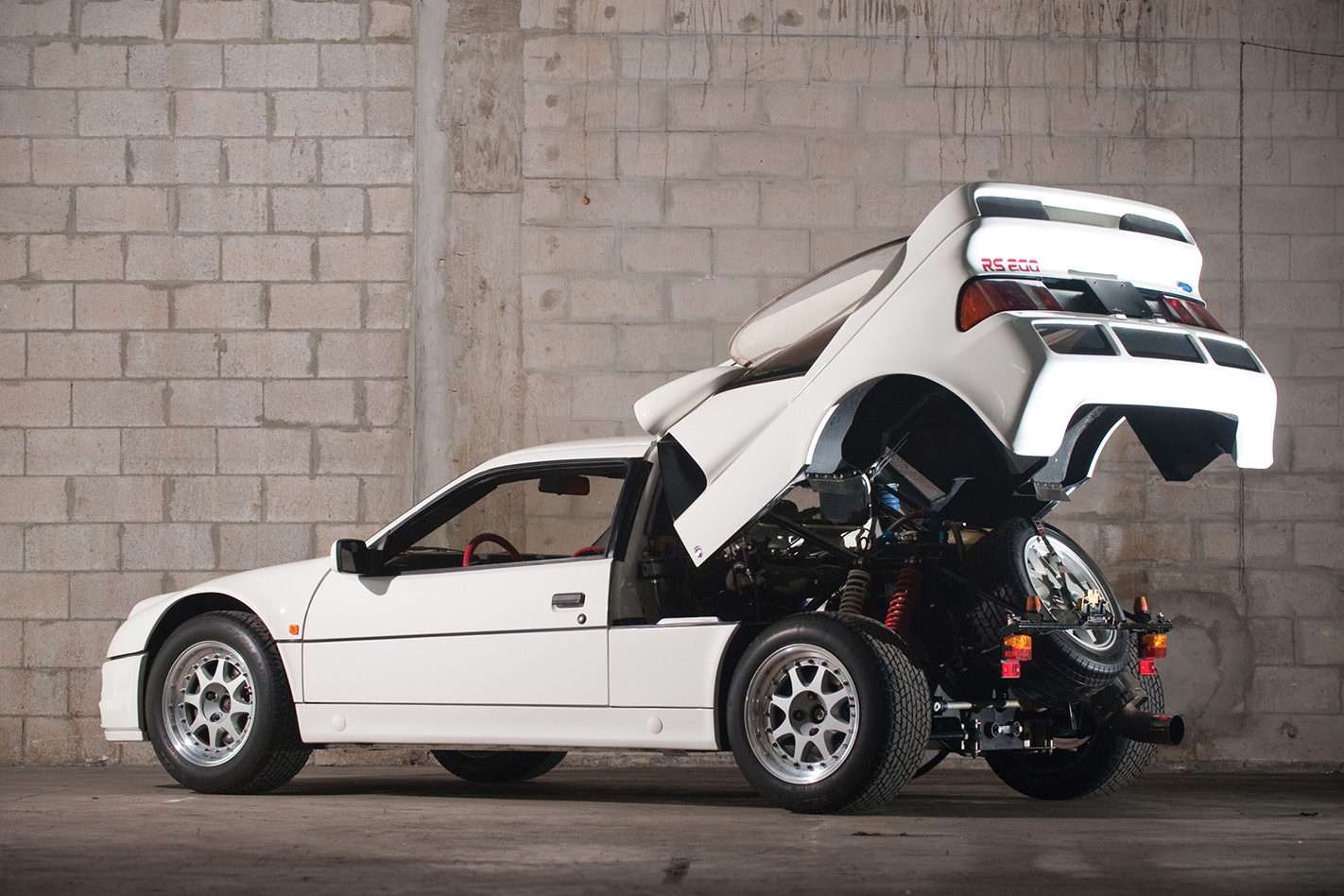 An alloy in Cosworth 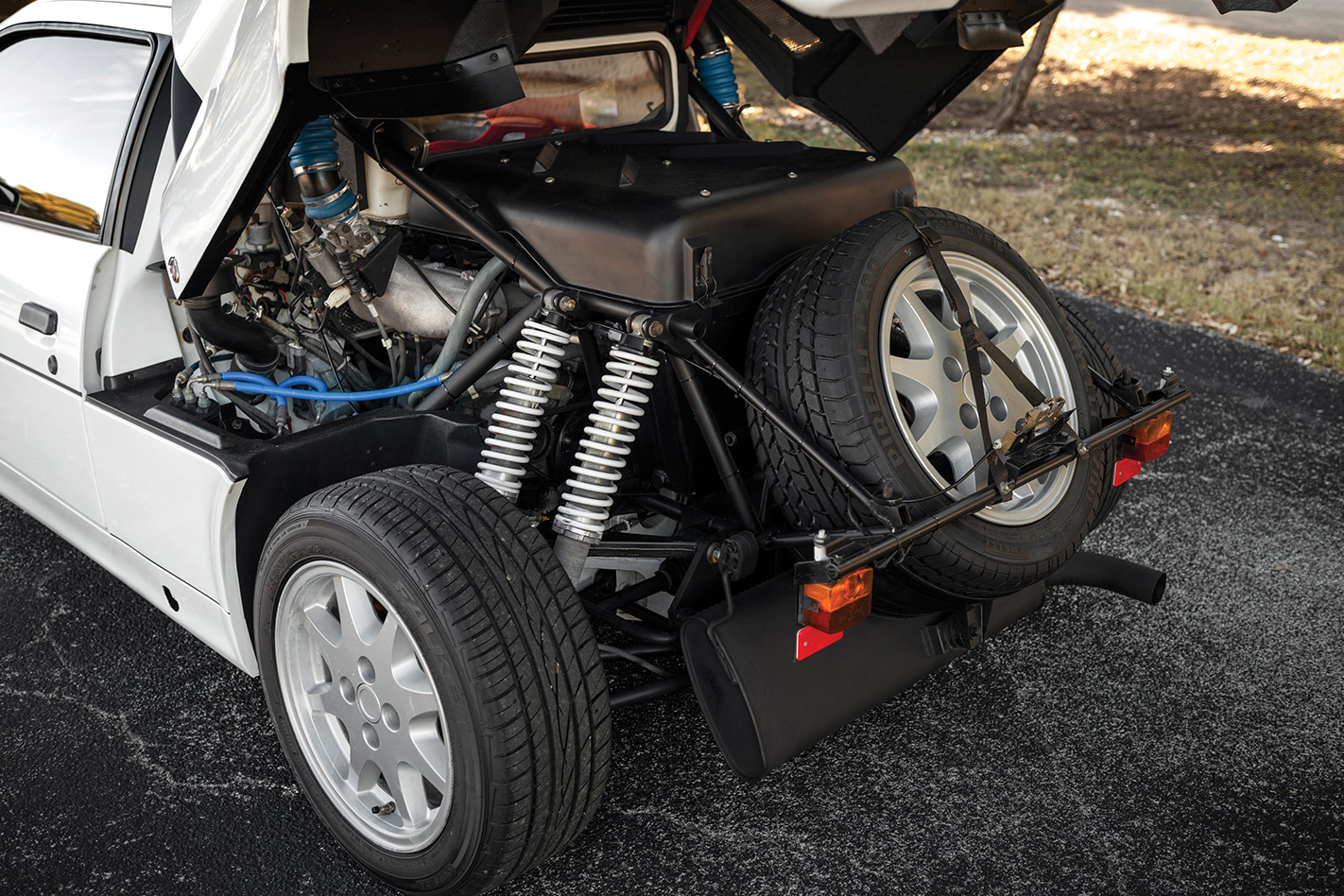 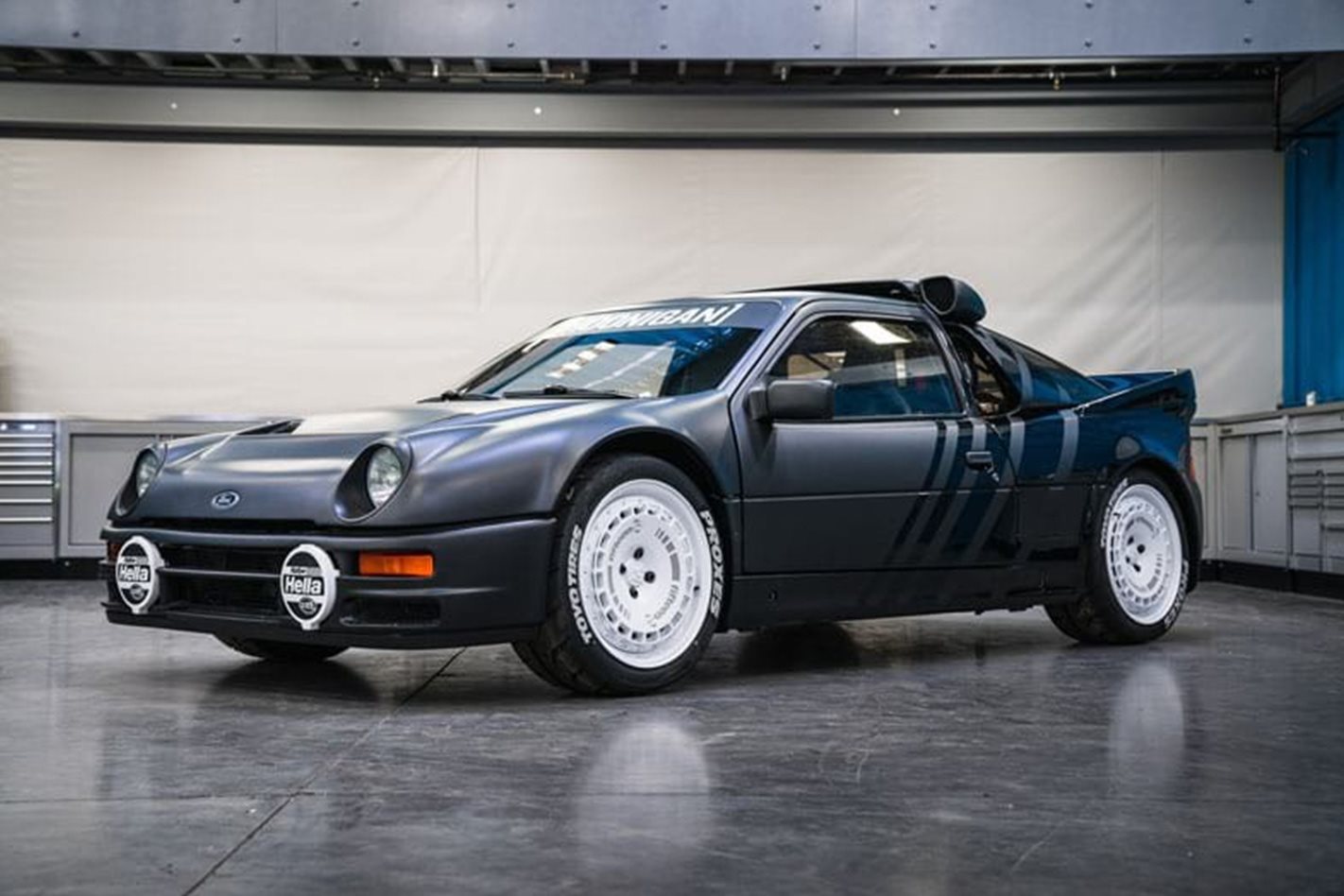 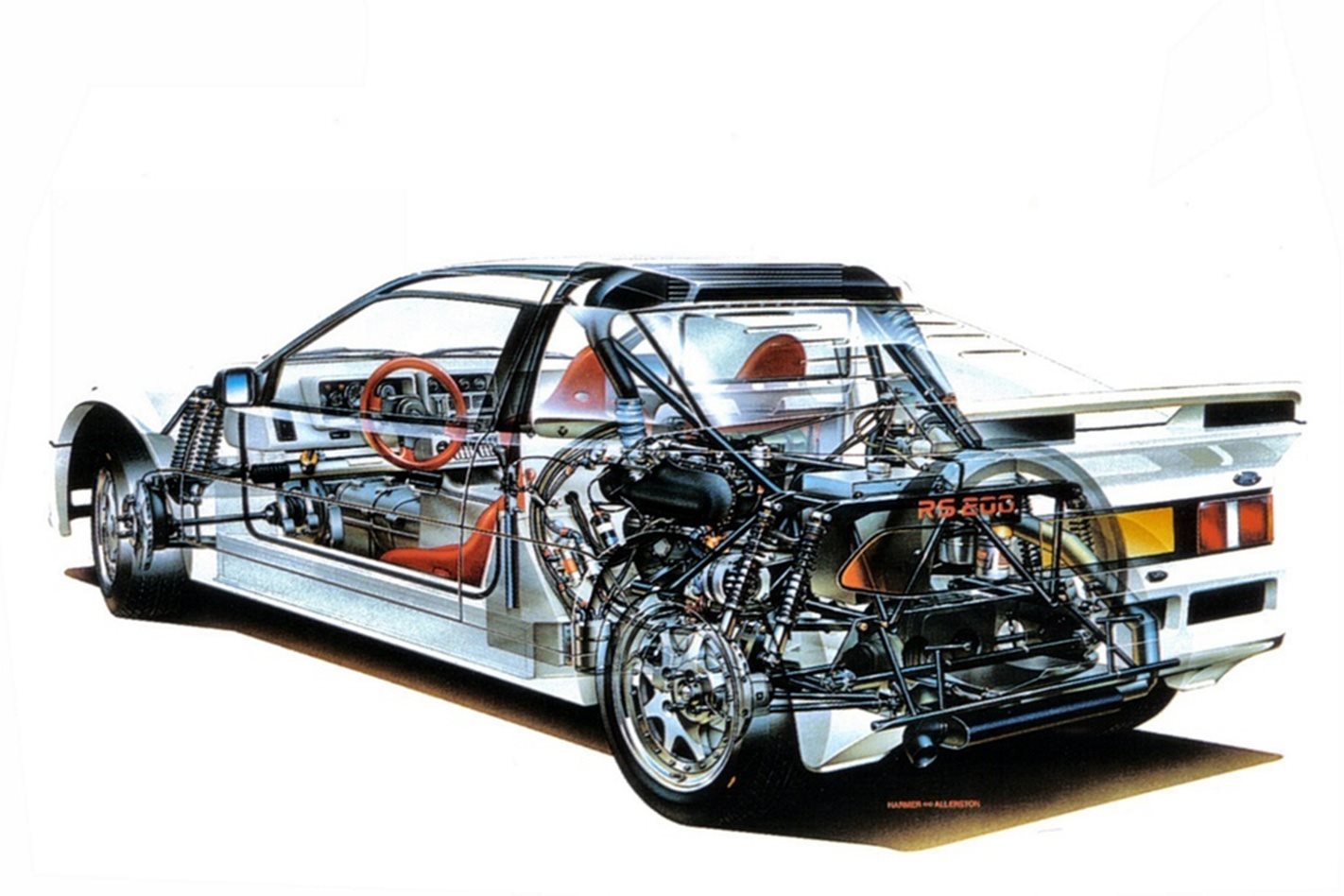 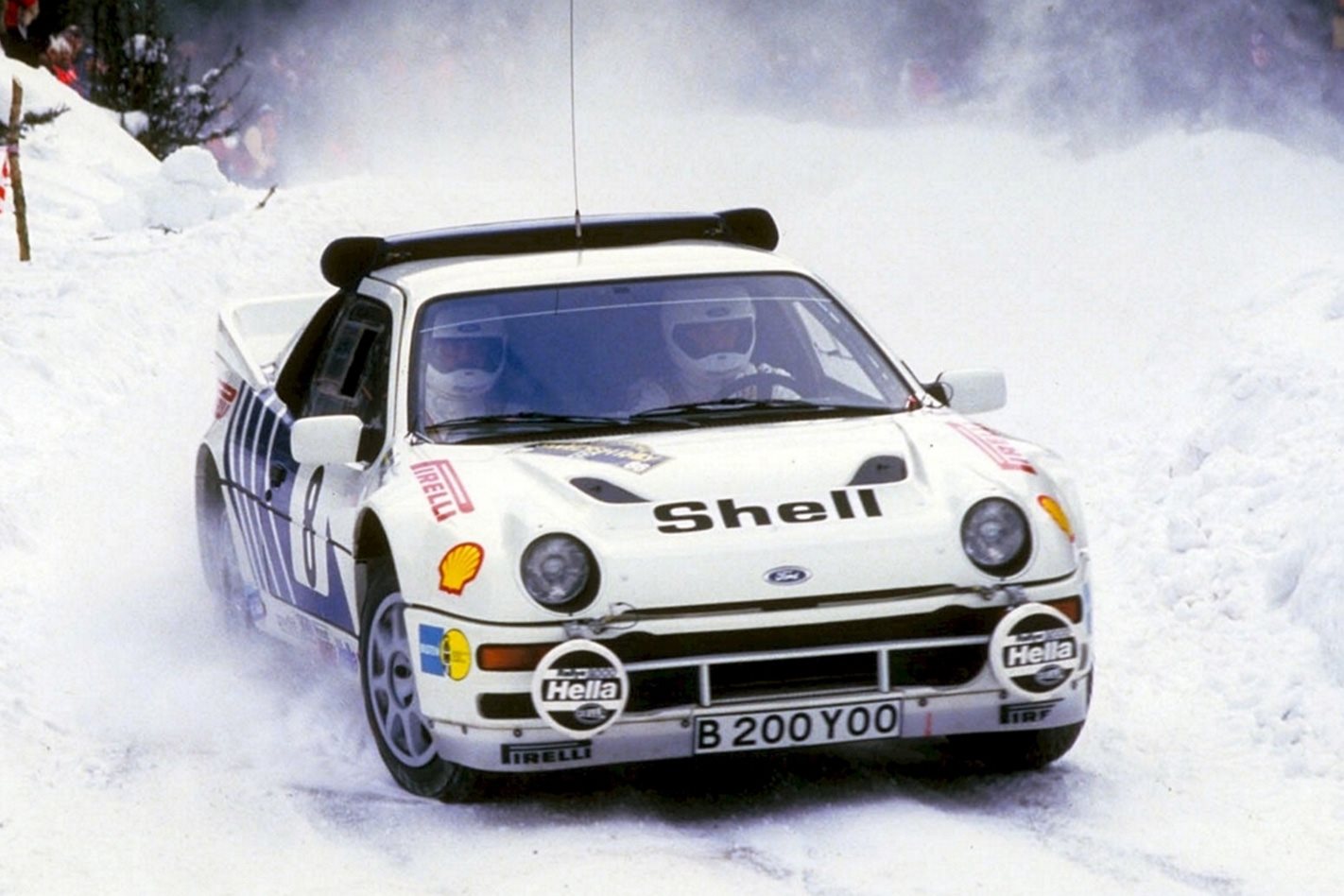 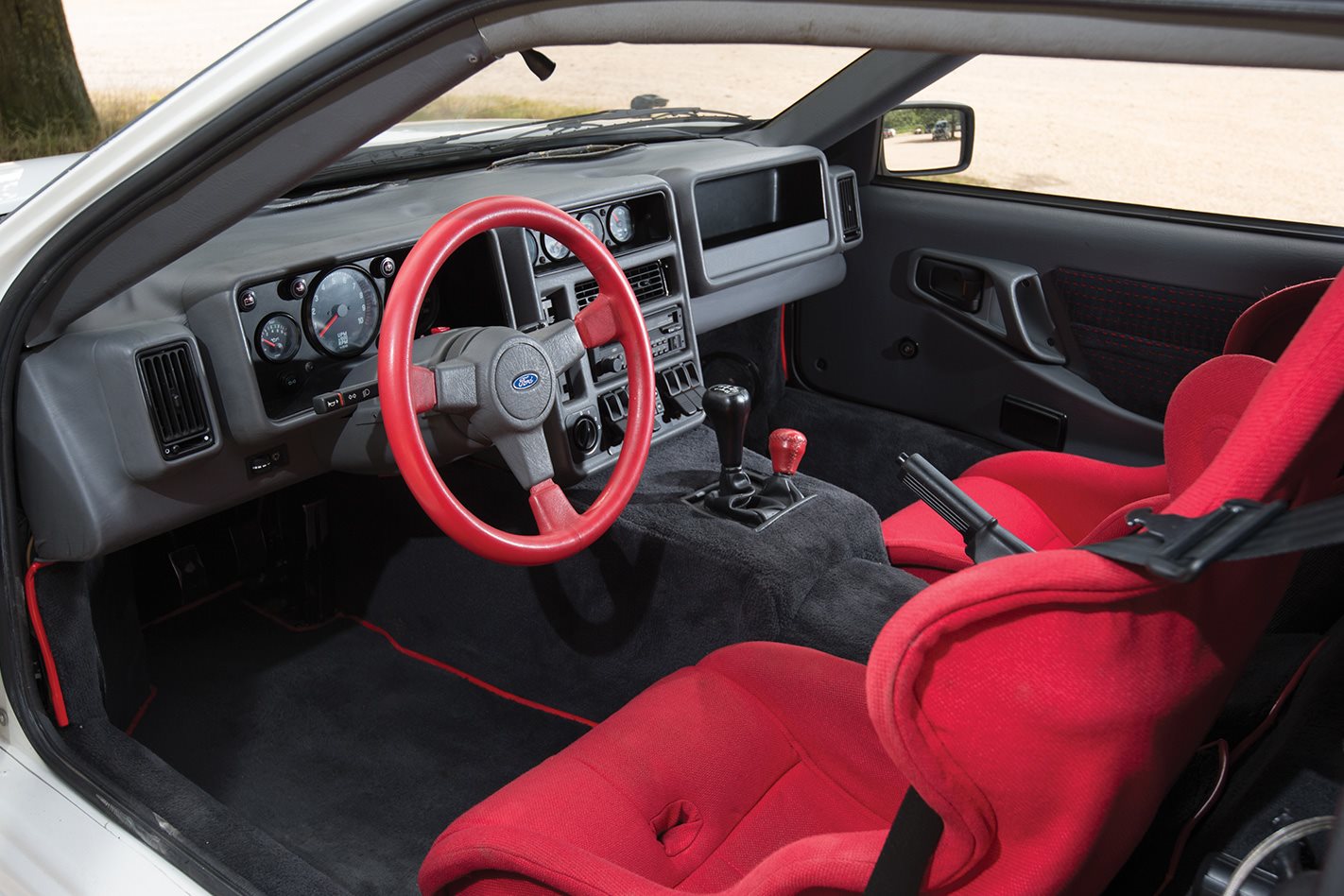 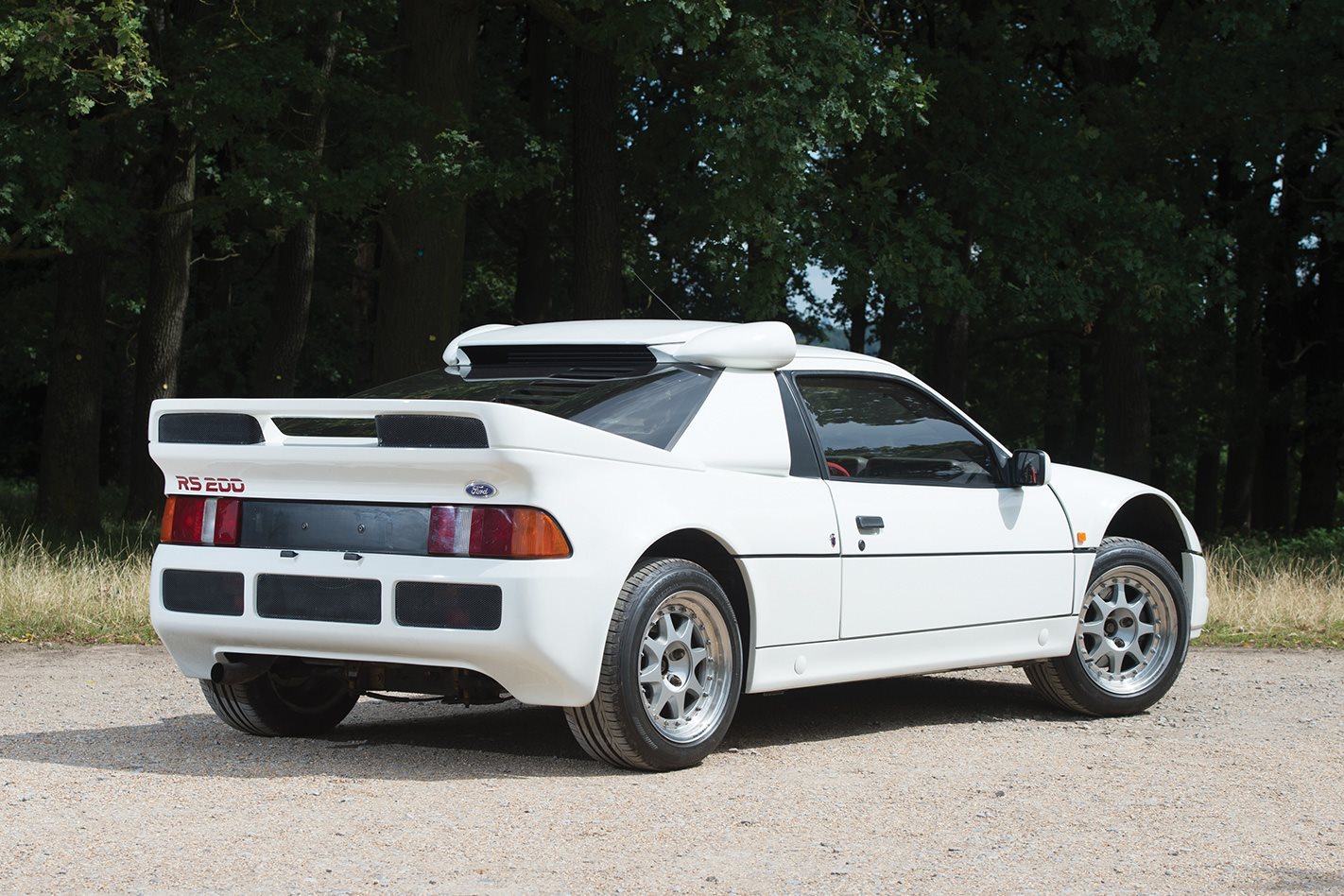 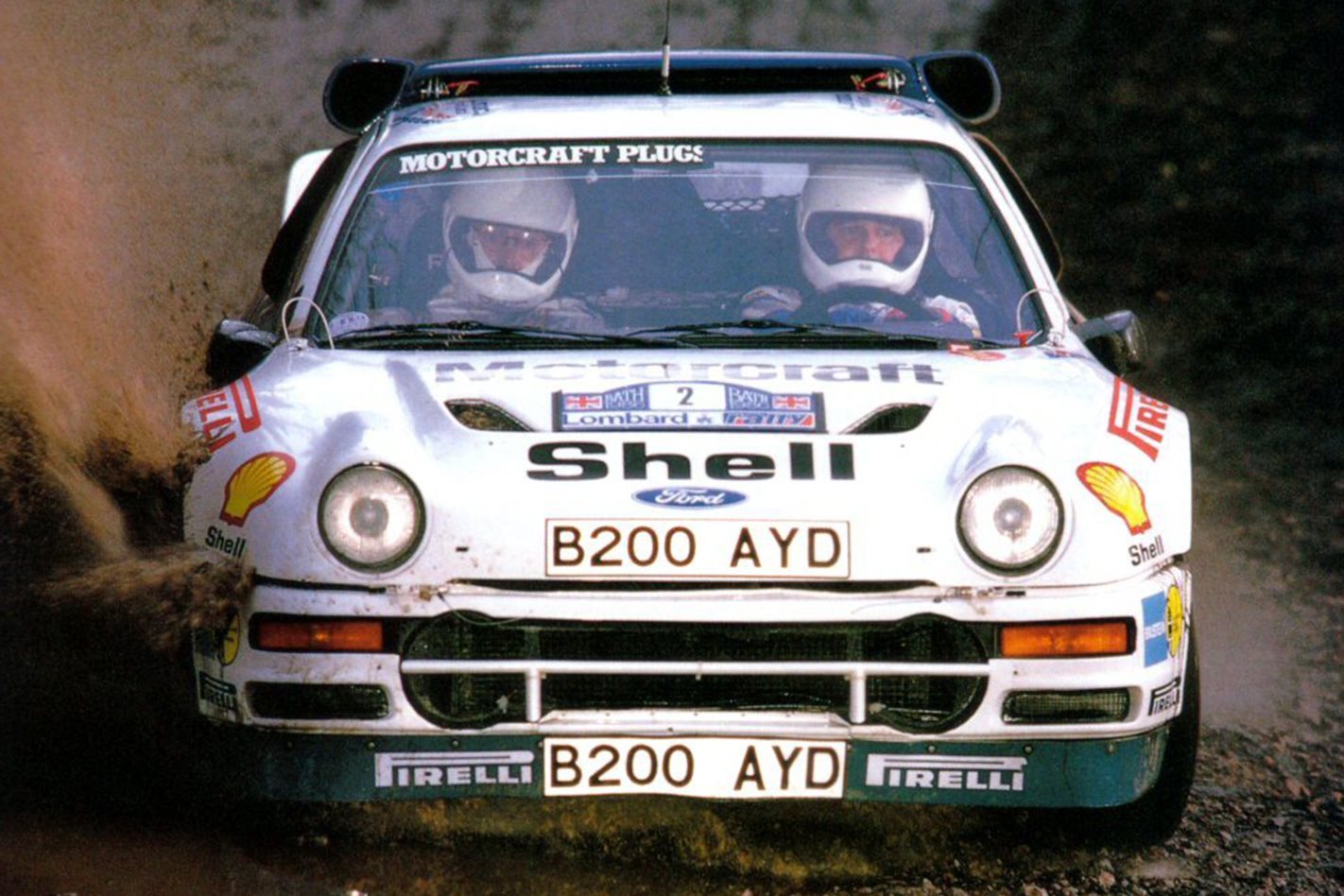 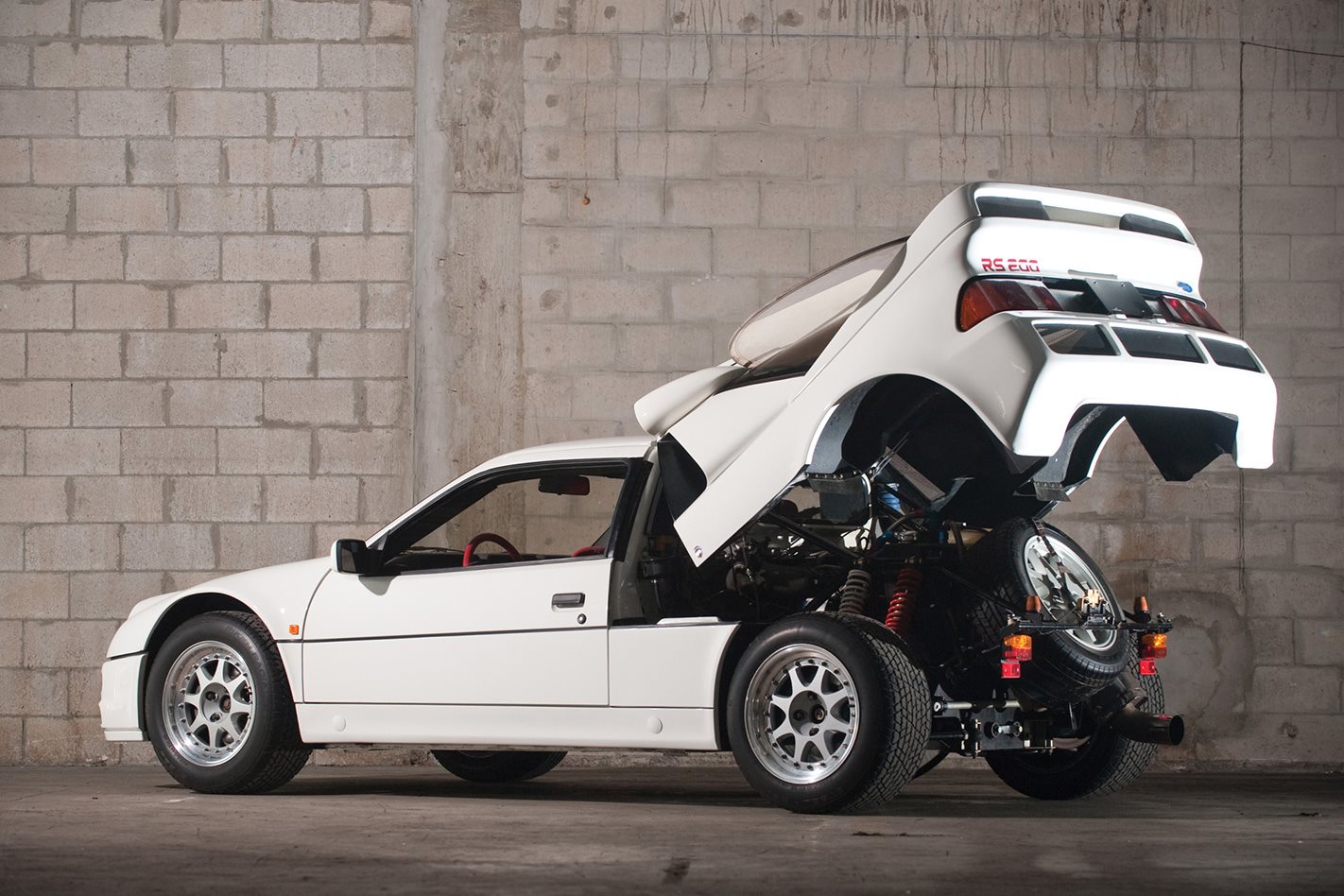 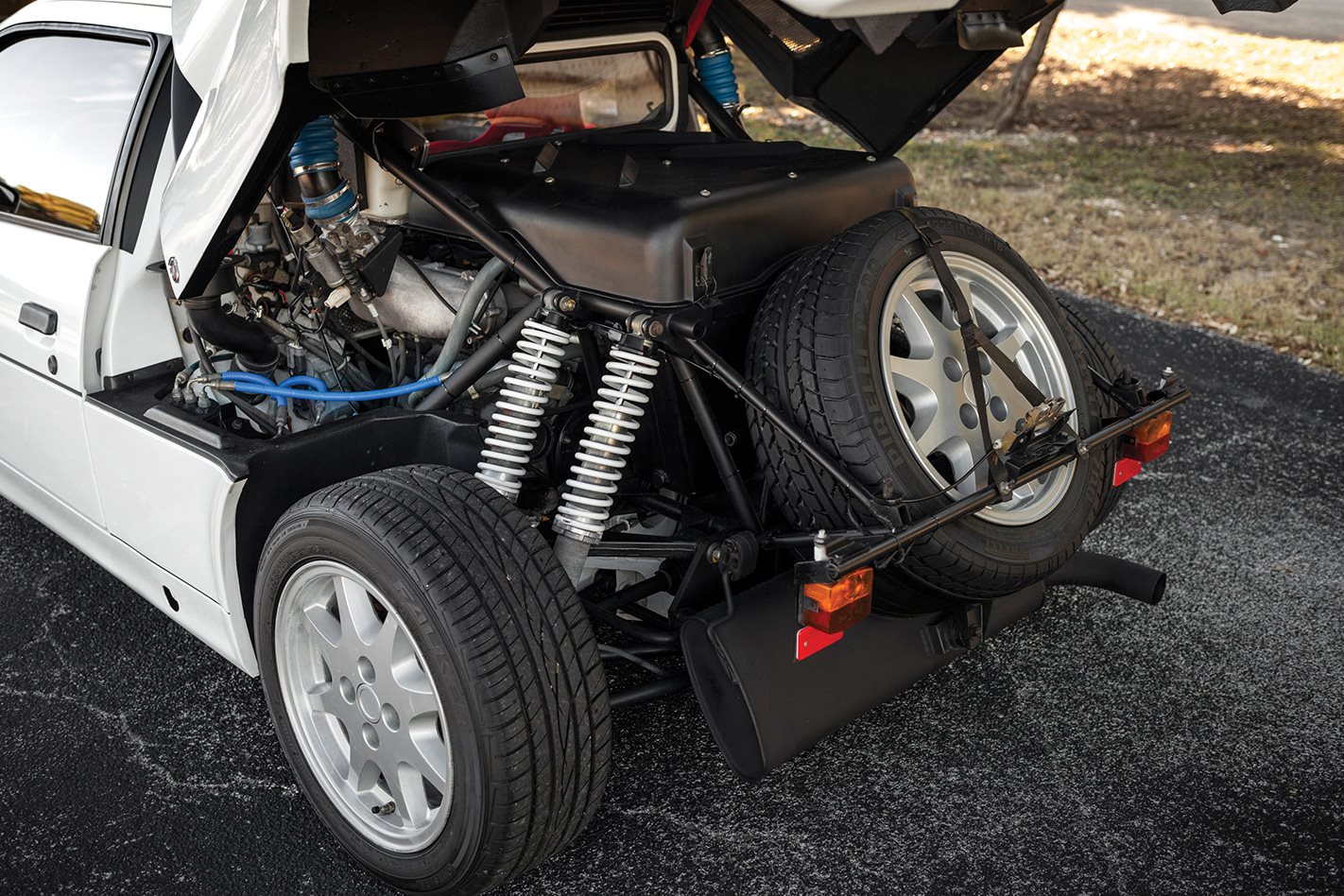