Everyone is supposed to own a sports car at least once in their lifetime.

For several million people around the world – more than a million of them as new-car buyers – that was made possible by Mazda’s brilliant MX-5. 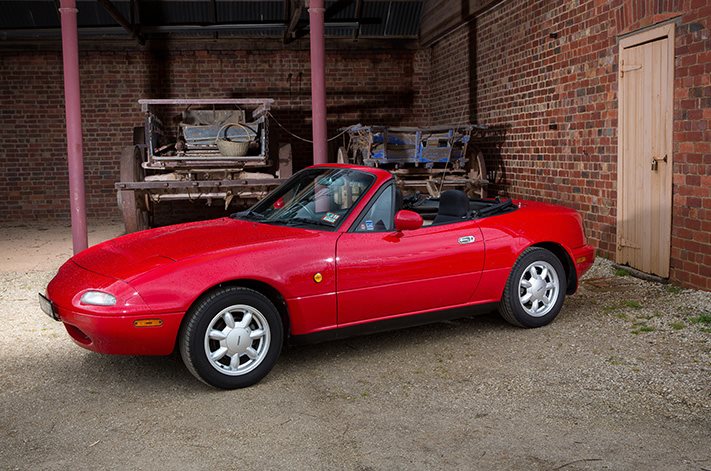 The world into which the NA-series MX-5 arrived in 1989 had been largely starved of convertibles since the early-to-mid 1970s, when Britain’s MGB ceased production, while other manufacturers shied away from production in the face of proposed – but never enacted – new roof-crush safety standards in the US.

The MX-5’s simple and honest styling recalled a more romantic era of motoring; its modern mechanicals implied reliability. It was a roadster without oil leaks, soaked upholstery or roadside strandings; an economical, everyday sports car that was a hoot to drive.

US automotive journalist Bob Hall, who later became a long-time Wheels staffer, is often credited as the father of the MX-5. In 1979, Hall proposed and sketched a low-cost rear-drive roadster for Mazda president Kenichi Yamamoto; that led to his hiring by the brand’s California styling studio in 1981.

Initially working on pick-up trucks, Hall was soon personally tapped by Yamamoto to start work on the sports car concept. 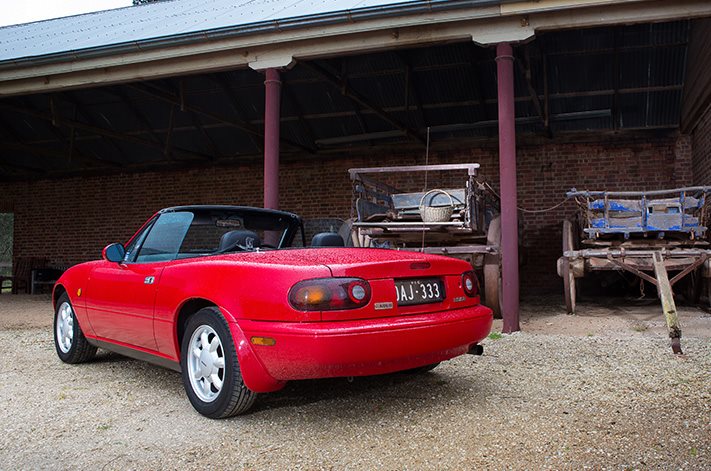 Engineer Toshihiko Hirai was appointed program manager; his concept of jinba ittai – ‘rider and horse as one’ – became the MX-5’s mantra.

The final car wasn’t as simple as it looked. While the MX-5 invited comparison with the likes of the MGB and Lotus Elan, its handling and comfort stemmed from a rigid, unitary chassis designed with a super-computer.

Similarly, while originally conceived with a sohc engine and a live rear axle, cost savings along the development path made way for more advanced components. 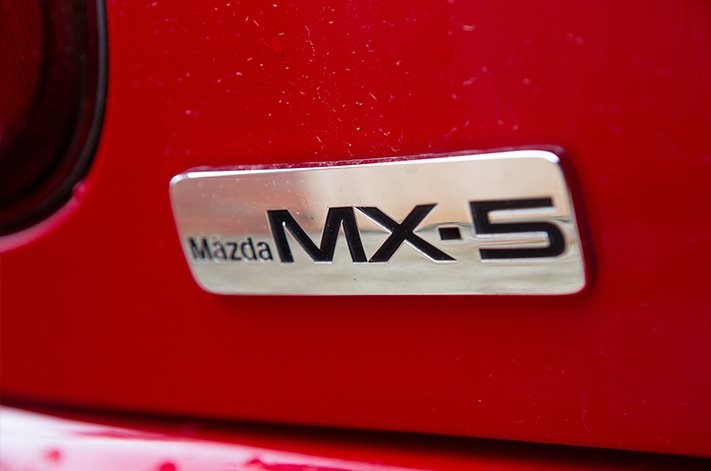 None of this overshadowed the purity of the MX-5’s 50/50 weight distribution and a communicative chassis that was all the more enjoyable for not being overwhelmed with power.

Nothing 'B' about it
The MX-5’s all-alloy 1598cc four-cylinder was based on the 323’s transverse B-series donk, but with a modified block for rear-drive, a new dohc 16v cylinder head and a lightened crank and flywheel. 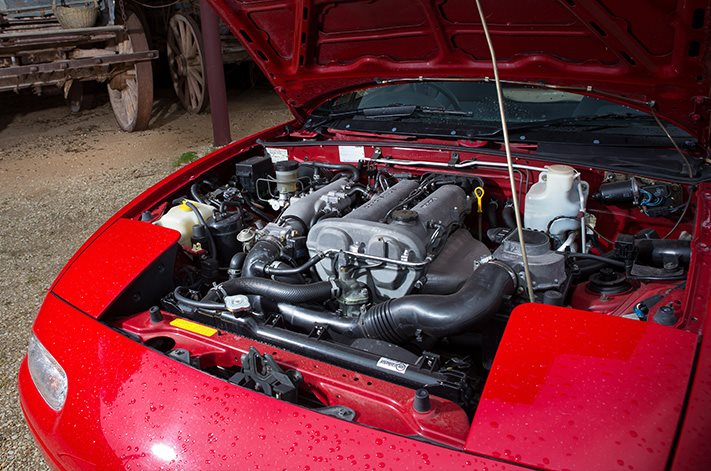 Balance for beams
Designed from scratch as a convertible, the MX-5’s steel monocoque was reinforced with an aluminium bridge running down its centre.

Double-wishbone suspension at each corner was similarly exotic, brakes were discs all around and, with its 980kg balanced 50:50 front to rear, the MX-5 introduced sublime handling to the masses. 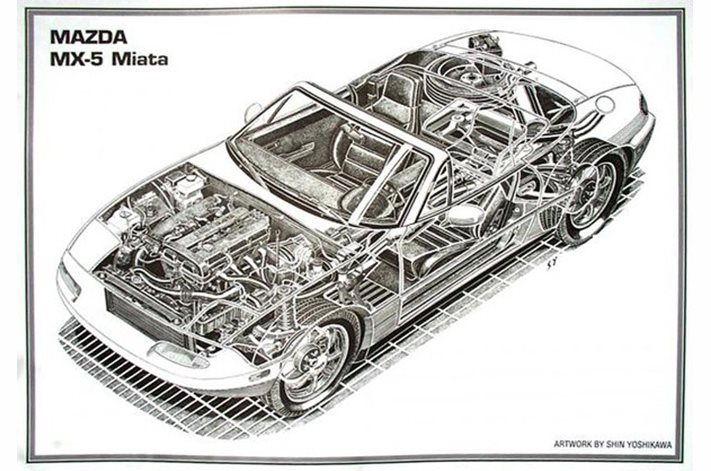 Inside Job
Black plastic and vinyl lined the MX-5’s cosy and cheerful interior, though at just under $30K the roadster was about $5K more than a fully specced 323 hatch.

But beautiful details like Alfa Spider-inspired door handles, a gearshift that clinked against metal stops as in a Ferrari, and a manual roof that a stronger driver could operate one-handed while seated, made this a joyful place. 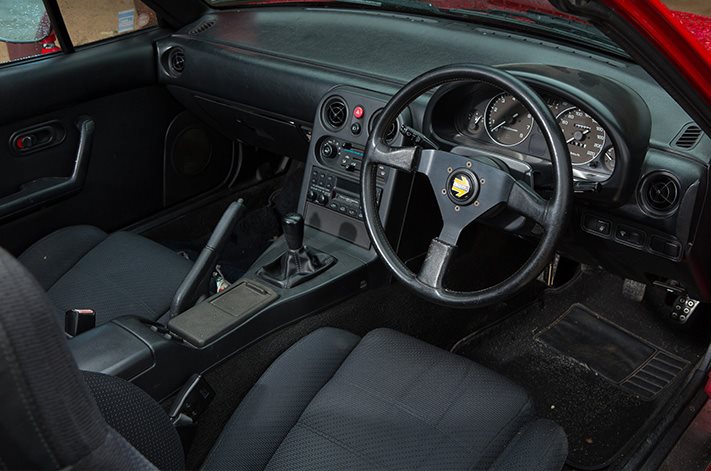