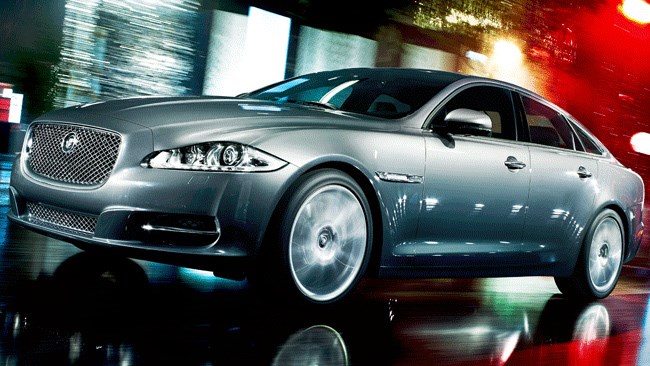 THE NEW XJ drives the way it looks – you couldn’t have a car that looks like this and have it be wallowy and wafty.” Ian Callum, Jaguar’s design boss, appreciates better than anybody that the flamboyant lines of the new XJ clearly speak of a major shift in philosophy for Jaguar’s flagship limo. If the controversial styling is a wild departure from the old XJ’s classic lines, so is the way it drives.

The previous XJ had an advanced monocoque aluminum body and effectively the same mechanical architecture: it’s easy to argue that the new car is little more than a reskin, with new engines from the smaller XF. Yet, only a few minutes at the wheel are enough to convince you that the new XJ represents a thorough rethink of what a Jaguar luxury car should be. This Jaguar feels patently more dynamic than its A8, S-Class and even 7 Series rivals.

No longer does the XJ waft over small bumps; the traditional low-speed suppleness of previous-generation XJs is gone, replaced by a conspicuously firm ride. Nor is the V8 silent. And the brilliant steering is quick and precise; the dominant driving perception is one of agility. That driving experience, according to Callum, is accurately reflected in blatantly extrovert, chic styling. The interior, too, is unique and stylish – perhaps the most appealing cabin in the world – and a total contrast with the formality of the previous model. “The XF is quite a pragmatic car, the XJ is an indulgence,” says Callum.

It is a bold move from a company that has lived off past glories via a series of elegant retro-classics … that didn’t sell. Finally, then, Jaguar has abandoned the ’60s look. The result is spectacular, with a new level of road presence that means this car is always going to be the centre of attention. In Paris, where we drove the XJ and people understand style, they stopped, pointed and stared. But the radical appearance is not flawless.

You could argue that the grille is too big and the dramatic tail-lights too extreme (at least until you see them at night, when they make perfect sense). But the real controversy concerns the glossy plastic panel atop the D-pillars that bridge the side glass and rear screen. To my eyes they simply don’t work on light-coloured cars. Callum wanted to create an unbroken black band under the roofline – the inspiration comes from the ’60s Jensen Interceptor – but the prominent chrome highlight around the side windows form a visual ‘wall’ which defeats his purpose. Still, it’s a conversation piece, and effective in downplaying the car’s relatively tall and narrow dimensions.

The side profile is especially exotic, exaggerated by a high waistline, narrow-pinched side windows and a lofty, short tail with sharply raked back screen that combine to ensure rear visibility is poor. The optional reversing camera should be standard.

The achievement of the unusual new XJ is that it offers buyers an alternative choice to the Germans and Lexus. Other luxury cars deliver a wider array of chassis technologies – the XJ does without AWD, active steering and active anti-roll bars – yet the Jaguar’s handling is more natural, completely unflustered, with a level of composure in attack mode that is astonishing for a big luxury car that in 3157mm long-wheelbase form (up 125mm on the standard car) stretches overall length to 5247mm.

Jaguar’s engineers now understand that non-enthusiast drivers (that’d be the majority) usually mean ‘steering’ when they talk about a car’s ‘handling’. Steering precision, then, has become an obsession. All XJ models inherit the XFR’s quicker rack for 2.7 turns lock-to-lock; there is no lost motion at the straight-ahead, yet high-speed stability is brilliant. At the same time, it turns into corners eagerly, and the way it tracks true over undulations instantly builds confidence.

The chassis shrugs off mid-corner bumps, the body stays flat and, thanks partly to the lightweight structure, even the diesel feels fluent and athletic. In fact, engine-for-engine, the new XJ weighs 25kg less than the smaller, steel XF, between 150-200kg less than the 7 Series and S-Class, and comes in 80kg under the new (admittedly AWD) aluminium-spaceframe Audi A8.

Calling the XJ ‘sporty’ is too simplistic. It’s better than that; ‘sports’ rarely equals comfort. Yet if you can accept a less-than-plush low-speed ride, the XJ still delivers comfort. (Only cars on 20in wheels were available at the launch, but the base 18in alloys use 245/50 front and 275/45 rear rubber which promise a more compliant low-speed ride than the aggressive 40/35 aspect-ratio 20s. We’ll know more when the XJ arrives in August.) The XJ is not the softest-riding car in its class – that’s the S-Class – but, even on 20s, so well-damped are the bumps that the ride is never harsh (like a Maserati Quattroporte).

The idea now is that the big Jag should let you know there’s a real road beneath the tyres and it’s there to be enjoyed – even, when possible, exploited. Under- and oversteer are meaningless expressions unless you disengage the stability control in the 375kW Supersports and indulge its wilful propensity for powerslides.

Engage Dynamic mode and the computer sharpens throttle responses, adds weight to the steering, firms up the suspension and – in a brilliant touch – even tightens your seatbelt. Pin the throttle in the flagship 625Nm Supersports (there is no XJR in the new range), and the XJ lights up the rear tyres, leaving two dark lines courtesy of the computer-controlled mechanical limited-slip differential on the way to 0-100km/h in a claimed 4.9sec.

But the real revelation in the new XJ is the 202kW diesel. The same engine works brilliantly in the XF, but the XJ is a much bigger car, even if it is a tad lighter. Somehow, I wasn’t expecting this degree of eagerness – or 0-100km/h in 6.4sec. There’s even a muted growl as it upshifts just shy of the 4600rpm redline under full throttle. A petrol V6 is in the product plan for those markets which ignore diesels, yet so good is the refinement, smoothness and performance – together with combined 7.0L/100km economy – I suspect that after the initial excitement generated by the V8s, the diesel will be the engine of choice for the majority of Australian XJ buyers.

In the Supersports, there is low-speed thrust when ambling and massive performance when the throttle is wide open, accompanied by a guttural note that is pure ‘R’. Basically, the supercharged engine uses what amounts to a microphone in the intake tract. The signal is then piped to a speaker in the dash, delivering a sound akin to sticking your head in the induction manifold. Outright speed aside, the Supersports feels like any other XJ, except that it has an even higher equipment level and specific colours and trims.

On all versions the automatic transmission is operated by the JaguarDrive selector, the alloy drum that pops up from a flush position on the console, just as it does in the XF/XK. The ZF six-speeder’s shifts are as smooth as you’d expect. In sport auto mode, it’s superb at predicting downshifts. Use the paddles to manually shift under power, or to set the car up in the approach to a corner, and expect to feel a mild thump. The reward is prompt response and the feeling of greater involvement.

If the exterior is extravagant, the cabin is truly captivating. For a start – and unlike the old car – there’s plenty of space, even in the short-wheelbase version. But the overriding feature is a sweeping line of burled wood (or carbonfibre, or black) topped by leather that links one B-pillar with the other via the base of the screen.

The dropped dash creates a sense of space and beauty and means everything is lower, a theme totally at odds with the previous XJ’s high dash. In the console, above the eight-inch touch screen, large, leather-swathed fairings house the giant air vents. The gauges are digital graphic renderings of analogue dials on a 12.3in thin-film-transistor (TFT) display. The numbers immediately around the ‘needle’ glow brighter in what the engineers call a “torch effect”, virtually shining a tiny spotlight on the dial. And the gauges turn red when you put the car in dynamic mode, blue in winter mode. Warnings or upcoming navigation instructions momentarily replace the joint fuel/engine temp gauge or tacho displays.

Equally, the ‘Dual View’ touch screen can simultaneously inform the driver and entertain the passenger depending on which angle you view the screen. Otherwise, Jaguar has ignored some of the high-tech features you find in German cars; there’s no night vision, no lane-keeping assist, no active cruise control or automatic emergency braking.

The new XJ arrives here with two wheelbases and four engines. With no petrol V6, the entry-level $193,800 sedan gets the twin-turbo diesel; opting for the long wheelbase adds $8K. The 5.0-litre V8 starts at $246,000 and, like the detuned 346kW supercharged version, it’s only available in short-wheelbase form. Starting at $349,800, the flagship Superports comes in both short- and long-wheelbase guises. The diesel and normally aspirated V8 are expected to be the volume sellers, with 60 percent of buyers preferring the short wheelbase.

The new XJ is different. It represents a midway philosophy between existing luxury sedans and the Porsche Panamera and Maserati Quattroporte sports four-doors. So luxury without excess plush, elegance that’s modern not retro, and an exterior that accurately defines the driving character.

I doubt that the new car will hold much appeal for traditional Jag buyers. Jaguar doesn’t care; it’s after a new breed of customers who, I suspect, will love the new XJ. 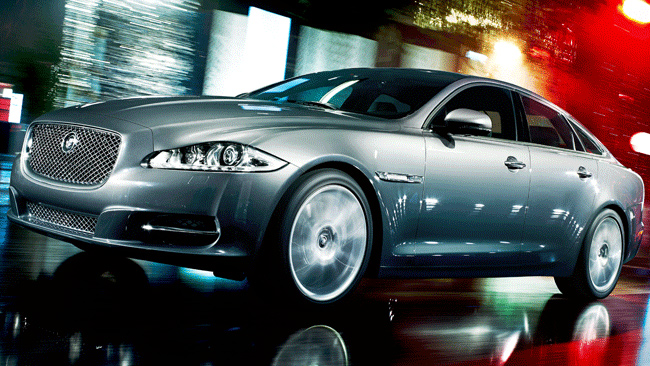 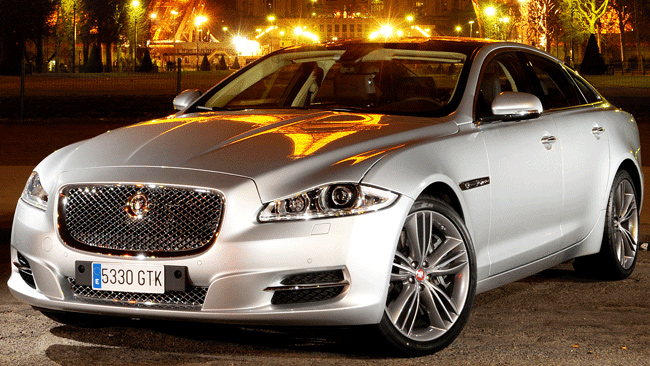 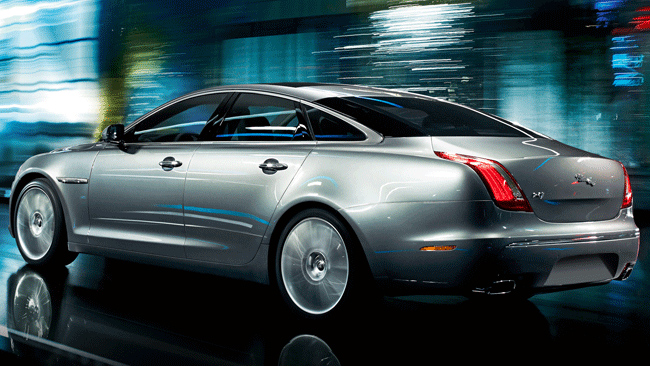