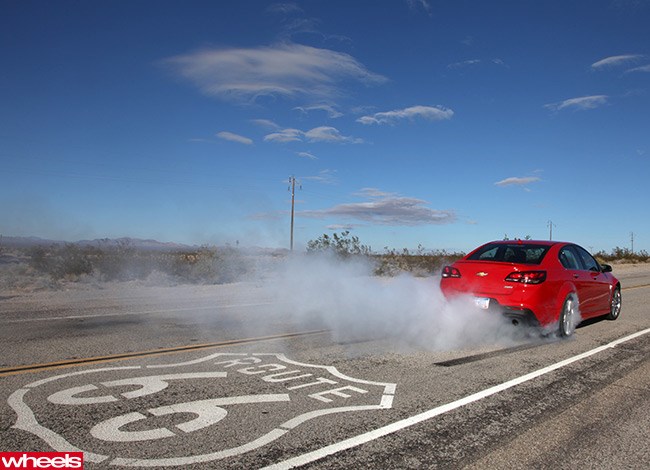 A hi-po gift to America, from Australia, with shove

Pride and envy. Those are my two most prominent feelings after driving the Chevrolet SS in the US desert city of Palm Springs.

The source of the pride is obvious; the first rear-wheel drive Chevrolet sedan in 16 years is made in Australia. The envy, well, that emotion bubbles up because this is the best version of the Commodore on sale and Australians can’t buy it.

It’s easy to assume this Chevrolet is just an SS Commodore with the steering wheel on the other side of the cabin and bowtie badges, but that would be wrong.

You can tell as soon as you press the start button. The throttle blips on start-up, creating a tremendous roar. The exhaust grumbles as the revs drop back to idle. That doesn’t happen when you crank an SS.

Thanks to more lenient drive-by sound laws (3dB louder), the Chevrolet SS sounds fantastic. The raucous note means you know you’re driving a V8 all the time. One of the Holden engineers working on the Chevrolet SS program, Steve Manson, commented after a drive in the mountains: “You put the windows down and let the exhaust note bounce off the rocks. You don’t have to go fast, it doesn’t matter, it’s the sound that really makes the experience.”

But the Chevrolet SS has another advantage: it gets the
LS3 6.2-litre V8 fitted to most of our HSV models instead of the lesser 6.0-litre Gen IV V8 that powers the Commodore.

The LS3 makes 310kW and 563Nm. That works out to 7kW less and 13Nm more than the HSV Clubsport – the differences due to HSV’s unique intake and exhaust headers. But the Chevrolet SS is considerably more powerful than the 260kW Commodore SS auto.

It’s damn fast, too. Holden reckons it can pull 4.7-second 0-100km/h runs all day long and do the quarter mile in 13.1 seconds. It certainly hustles out of the bends on the test route and can light up the tyres away from the line, if you are so inclined.

The Chevrolet is automatic only – there is no manual option – but gear choice can be controlled by steering wheel-mounted paddles.

These are fantastic and make for a much more involving drive experience. Developed right at the end of the VF creation process, the paddles were ready in time for the SS, but not the VF, which launched earlier. They will appear here with a VF mid-life facelift.

The only downside is that the paddles highlight the slightly slow and often jerky gearshifts of the six-speed 6L80 GM automatic, perhaps because many other cars with shifter paddles have faster changing dual-clutch gearboxes.

There was a question mark over the Chevrolet SS suspension calibration and lingering concerns it would be Americanised; that is, softened off to Sponge Bob spec. But that hasn’t happened. The spring, damper, wheel and even tyre specifications are identical to the Commodore SS-V Redline. Holden and Chevrolet engineers developed a common specification from the start of the VF program and both teams feel they achieved the best suspension for their own market.

The car is fantastically balanced and it’s impossible not to start pushing on wonderful winding roads, especially with that raucous exhaust urging you on.

The electric steering is the same as the Australian car, which means it can feel a little detached sometimes, but it is far more accurate and engaging than the previous hydraulic system of the VE. Capable Brembo six-piston brakes, from the Redline package, are standard fitment.

To top it all off, the Chevrolet SS only costs the equivalent of $49,300, which is close to $4000 less than our SS-V Redline with the lesser V8. And the Americans wonder why we hate them. 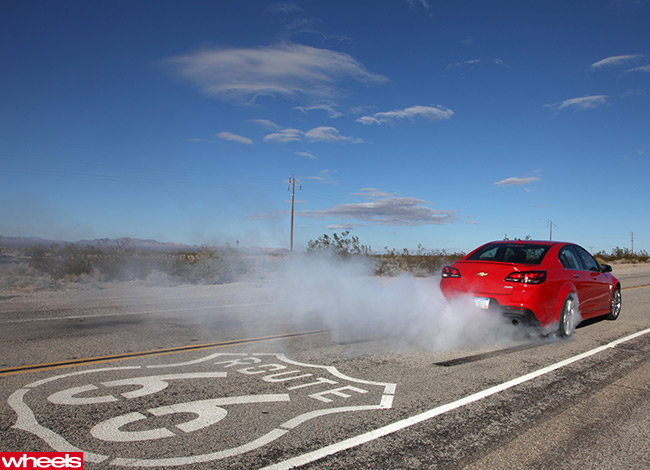 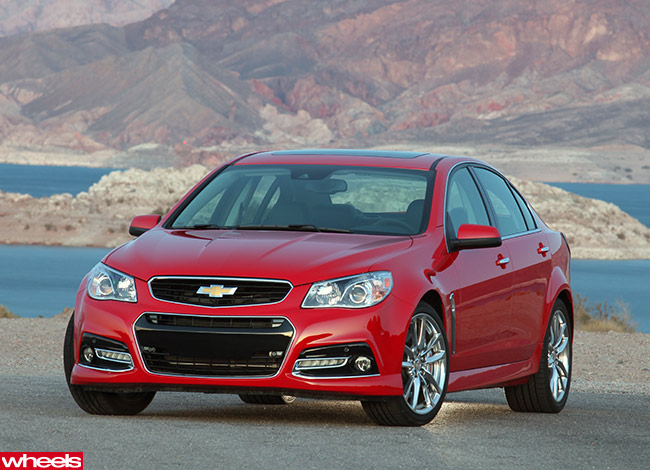 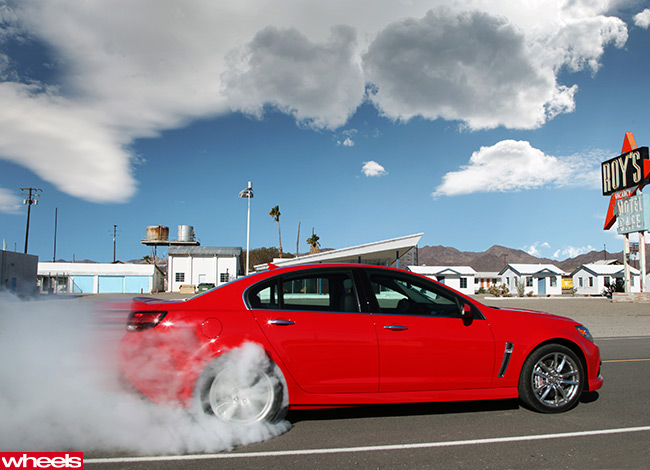 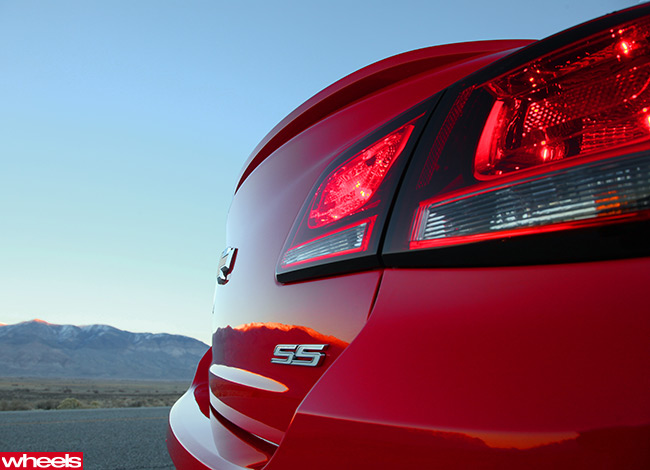 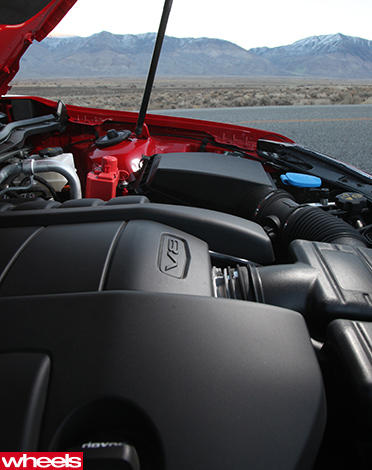 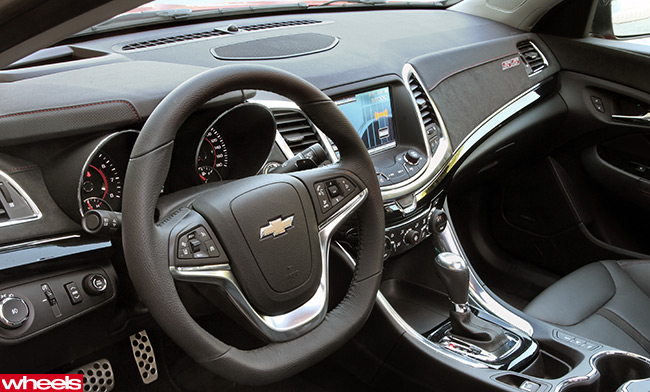