Il Commendatore’s final production sign off was the Ferrari F40, a car he revealed to a largely cynical press on July 21st 1987 at a press conference in Maranello. The year before, Porsche had unveiled the 959, an all-wheel drive, twin-turbo supercar with adjustable ride height, active aerodynamics and a fiendishly clever differential that could adjust torque from front to rear. Capable of 315km/h it was a technical masterstroke, the culmination of five years of development and had given Weissach a lead it thought would be unassailable for years to come.

By contrast, the F40 looked a half-baked attempt to cash in on a supercar pricing bubble and to claw back some of the development that had gone into the Ferrari 288 Evoluzione track car (below), left high and dry after the cancellation of Group B. Development had begun at the start of 1986 and while Ferrari’s fortieth birthday present to itself may have been light on headline-grabbing tech, to drive the thing was to understand why the old man from Modena was wearing a rare smile that day. The F40 was astonishing. 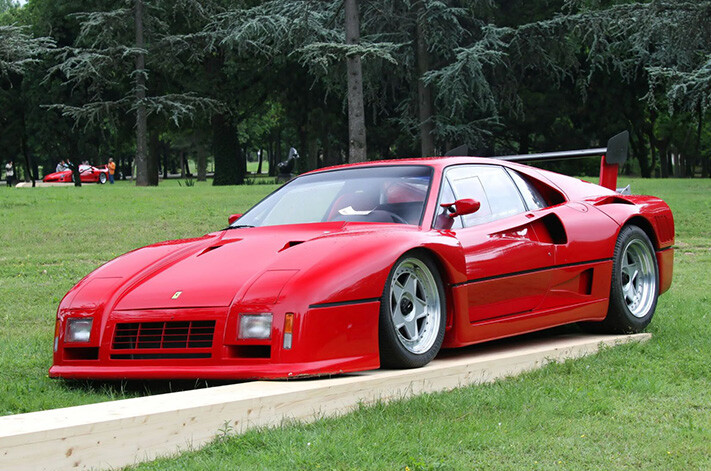 The first production car to be independently verified as topping 200mph (322km/h), the F40 was a stunning riposte to those Ferrari customers who thought the firm’s wares were becoming a bit fat and blousy. It weighed 1100kg dry, thanks to extensive use of Kevlar, aluminium and – just five years after it had debuted in Formula One chassis manufacture– carbon fibre.

The Tipo F120A 2936cc V8 was effectively a bored version of the 288 Evoluzione’s Tipo F114CK 2855cc using IHI turbochargers to develop a heady 356kW, enough to catapult it to 200km/h in 12 seconds. There’s no traction or stability control, the steering and brakes are unassisted, there aren’t even any interior door handles. You pull a wire to get out. That’s part of the reason it’s 250kg lighter than a 959. 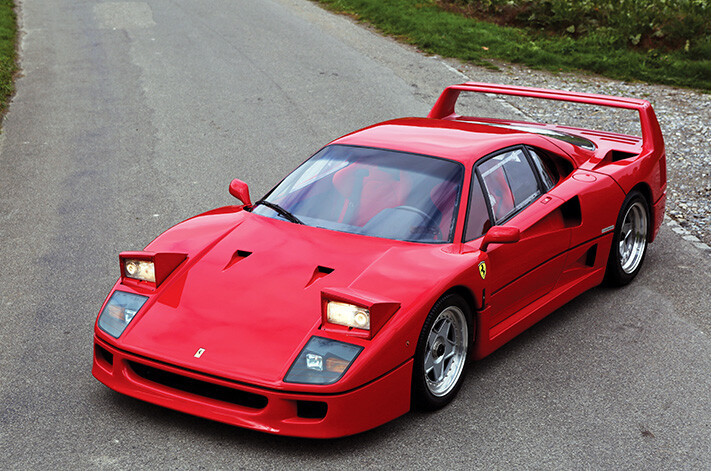 Ferrari only planned to make 400 cars but when it saw how much people were paying for the 288 GTO road car – and indeed the 959 – it upped production figures to first 950 and ultimately, 1311 cars left the Maranello plant.

Ferrari has built plenty of fast, focused road cars before and since but few – if any – have achieved the F40’s hallowed status. It never enjoyed a particularly storied competition history, it was a bit of a pig to drive on road and Leonardo Fioravanti designed a number of better looking cars for Ferrari, including the Berlinetta Boxer and the Daytona. 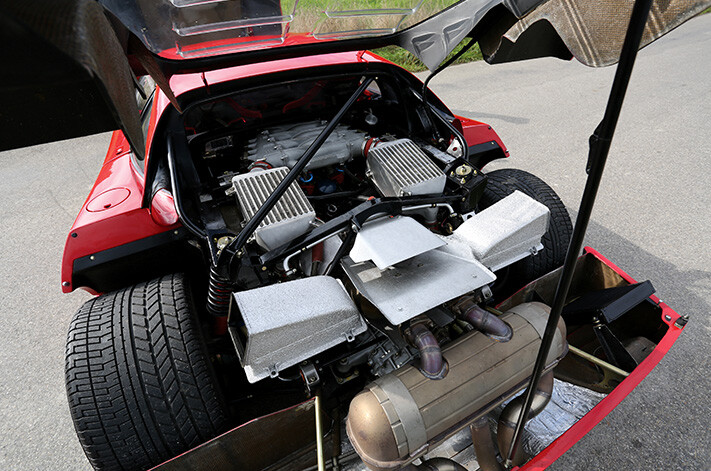 What the F40 had in spades, though, was drama. In 1987 its power-to-weight ratio of 319kW per tonne was utterly ridiculous when couched in a road car frame of reference. Three decades later, it’s still better than anything that Porsche currently makes. The body was a riot of NACA ducts, cooling vents and race-spec Lexan, although Ferrari quietly swapped the sliding plastic side windows of the first 50 F40s for wind-down glass.

More than anything, it was the counter-culture vibe of the F40 that really marked it as something very special. The Eighties were all about hyperbole and overstatement, excess and ostentation. The F40, for all its big numbers, had little of the above. If anything, Ferrari understated the amount of power that 2.9-litre blown lump would produce. The car walked the walk, backing up every one of the factory’s claims independently. And it was shorn of unnecessary adornment, pared back, lean and, yes, timeless. That’s why the F40 still resonates with enthusiasts who weren’t even born in 1987. Yes, there are faster cars, the latest generation of hypercars making the F40’s once unbelievable metrics look almost quaint by comparison, but this strange, half-bred assembly of the Scuderia’s racing cast-offs has become the latter-day soul of Ferrari. As a template for all that is good from Maranello, the F40’s legacy is cast in stone. On this rock we build our church.