Holden and HSV were giving Ford some terrible stick back at the end of last century. Not only was the AU Falcon a seriously homely son-of-a-bitch, the GM jokers had the mighty 5.7-litre Gen 3 at their disposal. And they weren’t afraid to use it. Clearly, something had to be done. The Ford Tickford Experience (FTE) was that thing.

Even though it sounded like a post-folk blues band, the FTE deal was Ford’s counter-punch to the all-conquering HSV. But right from the off, you kind of suspected Ford was deliberately aiming low. Where, for instance, was the wild body kit? Where was the sky-high power output? Where, in hell’s name, was the sexier XR Falcon front clip with its four headlights in place of the dowdy Fairmont nose? 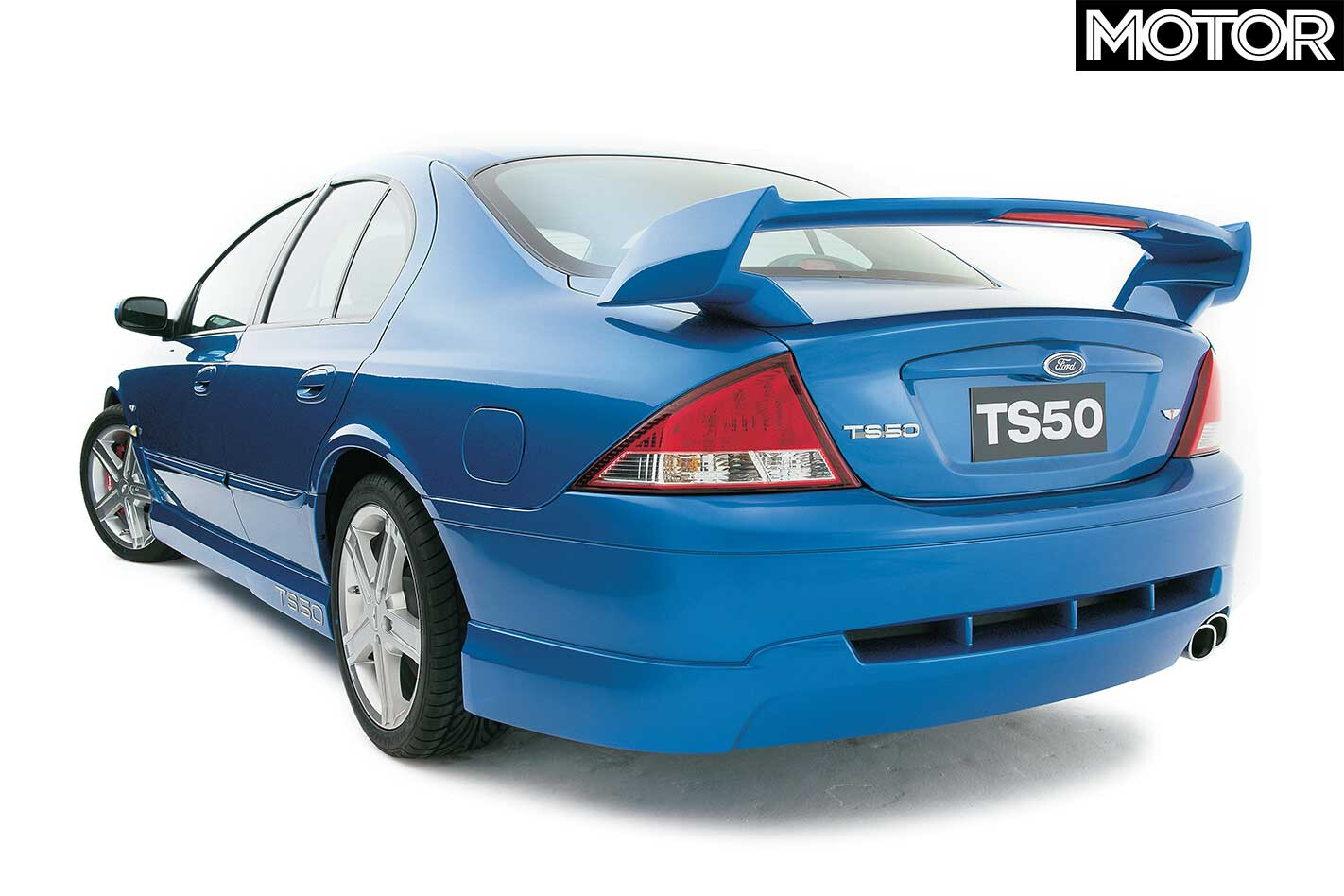 All good questions at the time, but the reality was that the TE50 and TS50 (and the long-wheelbase TL50) were much more subtle cars than the HSV hot-rods. And these days, when a bleedin’ Hyundai hatchback has 202kW, the fact that the FTE cars couldn’t stay with a Clubsport in a straight-line just doesn’t seem to matter so much any more.

And let’s not forget that it was the FTE cars that introduced us to a local version of paddle-shifters (they were actually buttons and fairly useless, but anyway…) as well as a hand-made, alloy-headed version of the lovely old Windsor V8. And what about the locally developed 5.6-litre stroker that was as tough as anything else local doing the rounds in the first years of the new century?

Meanwhile, with their bigger brakes, firmer suspension and restrained presentation, these cars have emerged to represent the best of the pushrod Ford V8s. That they were based on the maligned AU didn’t do them much good back then, but now, as the AU is being remembered as the best steering Falcon ever, that grown-up demeanour is really working for them.

Lots of FTE’s cars were painted in (restrained) metallic colours at a point in history when Ford hadn’t really cracked paint tech. As a result, the paint fell off a lot of these things, so don’t be surprised to find that many of them are sporting a fresh coat of colour. If not, make sure you check the horizontal surfaces (roof, bonnet and bootlid) for early signs of the clear-coat becoming milky or opaque. That’s a sure sign that the paint is breaking down.

Ford’s build quality wasn’t great either, so make sure the panels line up, the crease-lines flow into each other and that the doors haven’t sagged. The slightly domed roof of the donor AU also seems susceptible to denting, so check it carefully.

Plenty of XR8s from this era enjoyed a drop of oil between services, but an FTE car shouldn’t. That’s because the stockpile of Windsor V8s Ford was sitting on had been there for years and random engines developed a bit of rust in the bores that meant they were worn before they’d even been started the first time.

FTE’s solution was to strip the engines down, hone the bores and put it all back together as good as new. (The tighter-budget XR8 didn’t get the same love.) But you know what? A compression test would still be on our list of things to do before any money changed hands.

Don’t be put off if the later TS50 you’re looking at doesn’t have the alloy heads that bumped output up to 220kW. These heads were basically a stop-gap measure until a locally modified cast-iron head became available, and they were phased out as the local items came on line.

Speaking of local rarities, the 5.6-litre stroker needs a close going over by a specialist, as stuff like the crankshaft was a specific unit made only in small numbers for this very car. You won’t be tripping over them at Repco.

Make sure the automatic transmission picks up gears from Park promptly and that there’s banging or thumping on upshifts. A car with 170,000 or so on the clock could be ready for a new four-speed auto as this seems to be about the standard lifespan.

The bigger brakes fitted to the FTE stuff (before the Series 2 when the entry-level TE50 reverted to Falcon XR8-spec stoppers) need specific pads and rotors, so make sure there’s some meat left in them. If not, you’re looking at a decent bill to replace them (although aftermarket replacements are one solution). Reconditioning the calipers is definitely cheaper than replacing them.

The big watch-out here is the electrical gear. Not necessarily the stereo (although we’d still check it) but more intrinsic stuff like the digital readouts for the trip-computer, odometer and climate-control gear.

There’s more of that sort of gear going on in the up-spec TS and TL50s with their high-line dashboard, but it all needs to be checked for correct operation as missing digits and readouts that intermittently fritz out will spoil the magic.

While you’re there, have a look at the leather trim. Back in 1999 the coloured leather inserts might have looked great (although I don’t remember that being the case) but a couple of decades of ground-in filth might have them looking pretty sad. Car seats are usually black or dark grey for a good reason.

If you want a piece of Ford Australia's V8 history, we reckon now’s the time to pounce.

Three reasons to buy a T-Series

1 - Uncommon
It’s rarer than an HSV. You won’t be passing your own car every day in traffic

3 - Good Steer
Hi-fidelity steering of AU platform means these are some of the best driving Aussie Fords. Ever.

Three other options to consider

While Clubsport was a bit lairy, the Senator body kit from this era was rather more restrained. Lots of leather, auto trans and plenty of cred make it a bit of a trophy car these days. HSV also slotted in the 300kW Gen III from the GTS for fast luxury.

The 6.1-litre SRT-8 didn’t arrive until 2006, but when it did, it gave us a real option to the established V8 luxos. Gangsta looks have actually aged gracefully and the performance speaks for itself. That’s if you can live with the interior...

This was essentially a TE50 without the FTE badges. Body kit was better integrated than ever and the XR8 got the 220kW tune for the Windsor. Supple, balanced and utterly under-rated, would make a great second-hand buy.