Crushing rumours of a 375Kw-GT-HO send-off, Ford has said it won’t happen

Crushing rumours of a 375Kw-GT-HO send-off, Ford has said it won’t happen.

There will be no big bang ending for the Ford Falcon. Hopes had been raised that a higher performance Falcon, perhaps even wearing the GT-HO badge, would be released before the model is retired in 2016.

But those hopes have now been dashed, with Ford insiders telling Wheels that no such model is planned. That means the current 335kW/570Nm FPV GT will be the last hot production Falcon.

What makes this news so disappointing is that Ford’s engineers had developed a 351kW GT as part of the FG supercharged V8 models introduced in 2010.

Unlike the regular 5.0-litre ‘Miami’ V8, this engine was fitted with an air-to-water intercooler for enhanced performance. The uprated GT made it well down the development path, but was killed off due to concerns raised over differential durability.

Another option for Ford Australia was recently proposed by PremCar, an engineering firm headed up by key engineers from what was the local arm of Prodrive before it withdrew from Australia – leaving FPV to Ford, with input from Ford performance master Rob Herrod.

With a power output of more than 375kW, the GT-HO featured several custom drivetrain components to ensure reliability. 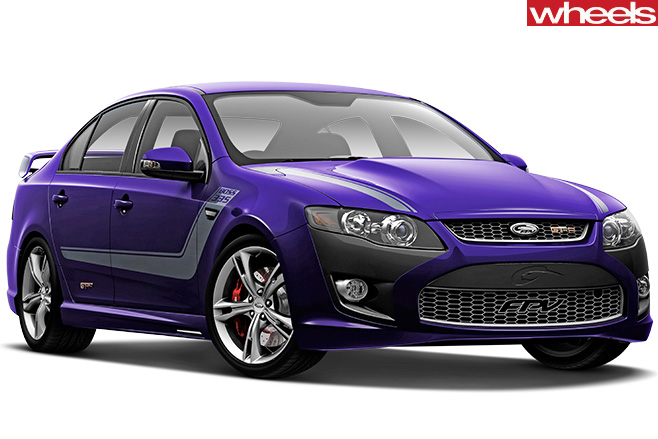 The group is yet to hear back from Ford management, but sources have told Wheels the project has no chance of succeeding.

“We have been losing so much money that this kind of thing is just not going to get approved,” said one.

The budget allocated for the facelifted Falcon, due mid next year, is so tight that no specific Ford Performance Vehicle models, with unique bodywork, will be produced. That means no FPV-badged Falcons.

That doesn’t mean the end for the supercharged Miami V8, though. A Ford-branded model is planned, likely wearing the XR8 badge.

Ford engineers are currently working on the facelifted Falcon package. There are no performance upgrades in the program.

The turbocharged six-cylinder and supercharged V8 will continue to use the sturdier, German-sourced 6HP26 six-speed automatic, which ZF will stop producing next year.

Ford Australia is currently negotiating a bulk purchase of all the high-torque ZF six-speed automatics it will need to get through to the end of Falcon production in late 2016.

Lower engine speeds and low rolling resistance tyres are part of the company’s bid to reduce fuel consumption by 0.5L/100km.

Unlike the Ford Territory, the facelifted Falcon will not be fitted with more efficient electric power steering.