The day the Falcon died

Join Wheels as we follow the last Aussie-made Ford Falcon off the line at Broadmeadows.

WHEELS is out at Broadmeadows standing vigil as the last Ford Falcon rolls off the line. Join us as we bring you all the colour and movement as one of Australia’s most iconic brands signs off on 56 years of Falcon and 91 years of local manufacturing.

Want to feast on some Falcon nostalgia? We'll take you on a year-by-year journey through Ford Falcon history. 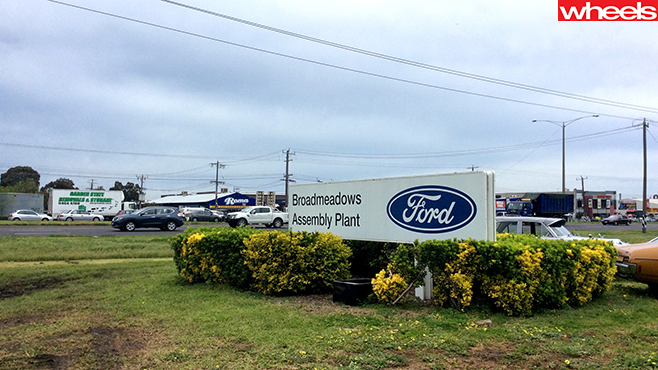 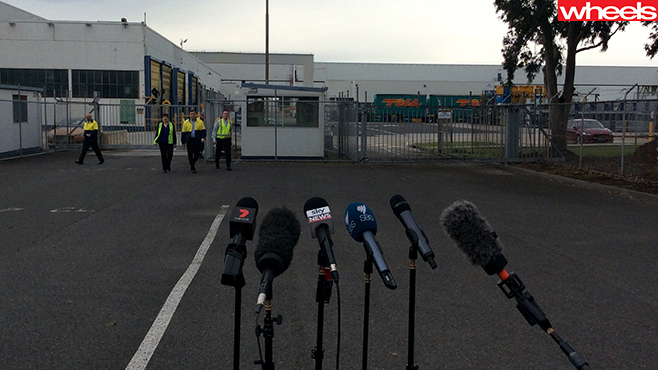 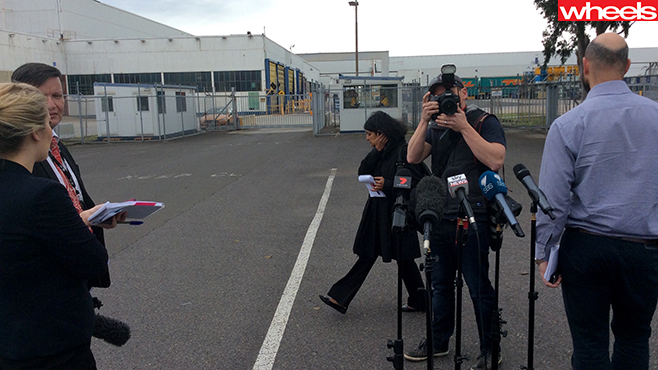 11:55AM: Press conference slated to begin at 12:15pm. We will broadcast live to the Wheels Facebook page as soon as it starts. 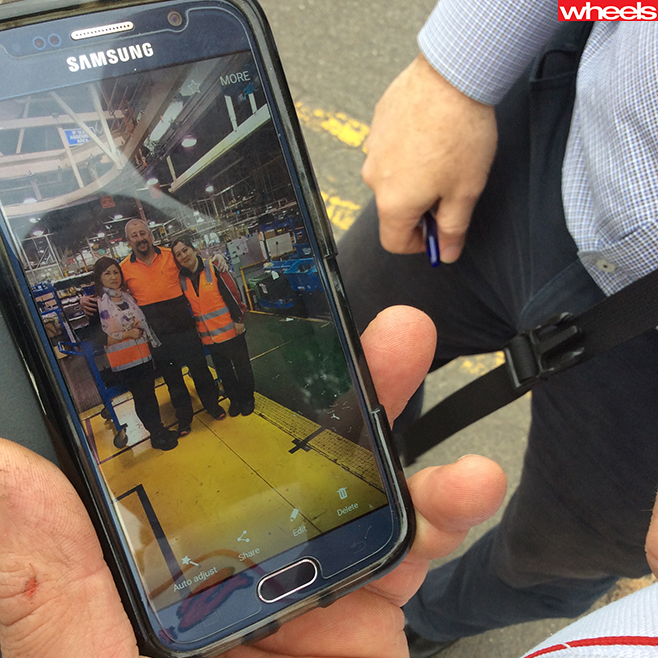 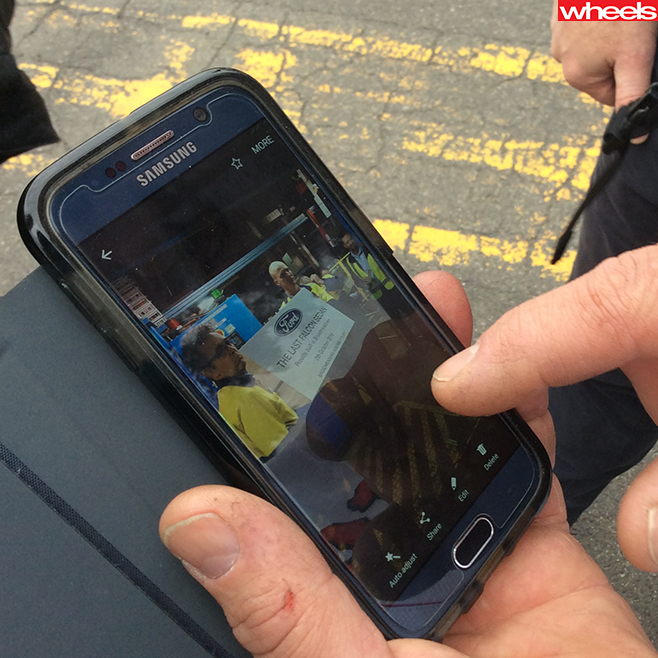 11:34AM: Nick says all the workers have signed the last car in hidden places. "If they ever pull the carpet up, there'll be signatures everywhere." Workers have signed a bonnet and boot that will be fitted to a Falcon bound for Ford's museum. 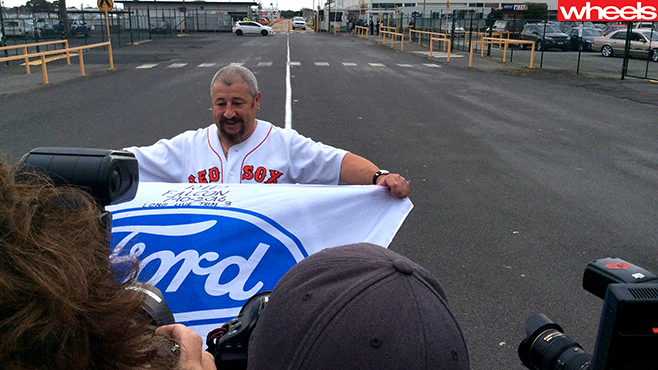 11:22AM: Ford worker Nick Doria came out to share his story. Nick put the dash in the last car. He used to do the same job lying on his back, but it was much easier now. 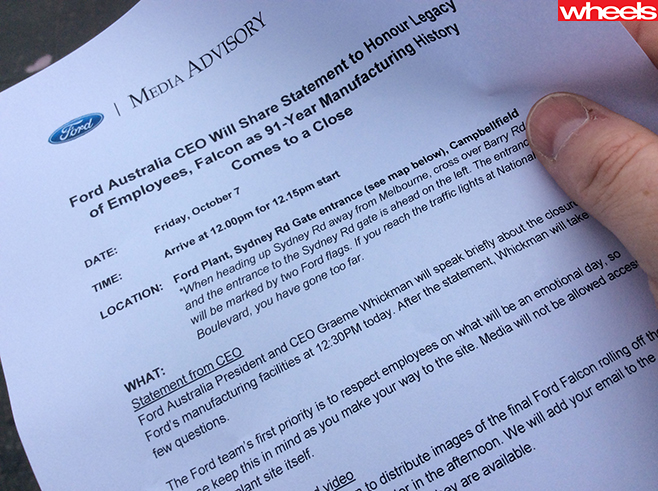 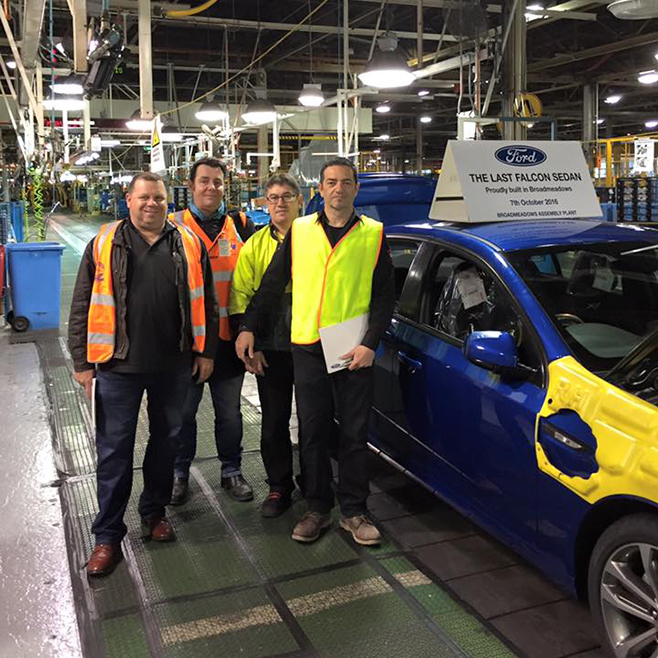 11:04AM: The Ford Factory won't close today. About 100 workers will stay on for another couple of weeks to "decommission" the plant.

11:00AM: Ford Australia president Graeme Whickman is expected to make a separate statement in the next few hours. 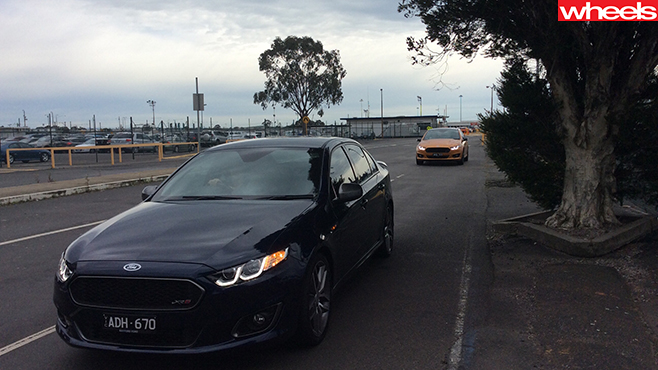 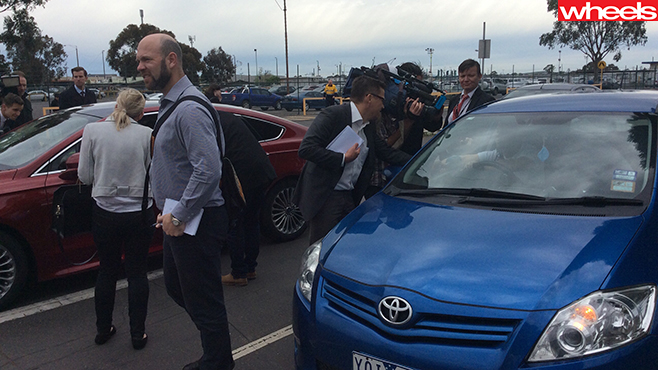 10:40AM: Photos are being taken of the last ute, Territory and Falcon with the line teams that built them. The last car has gone down the line, sources say. More workers are coming out now. Horns toot and the security guard waves. 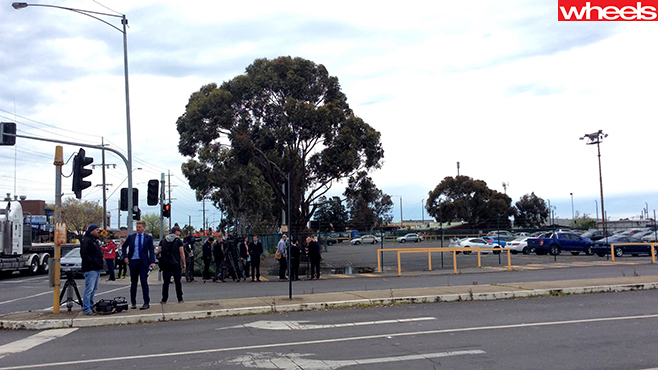 10:20AM: The Australian Manufacturing Workers Union says it had organised for two workers to speak to the media at 11am, but they're now "too emotional" to face the dozen or so journalists assembled here.

10:07AM: Tim from Auckland, New Zealand has just turned up to see the Ford factory. He's here on what he calls "a petrol-head's trip to Bathurst".

9:56AM: Security has cleared media from the Barry Road employee entrance because it says a lot of people are about to come through. 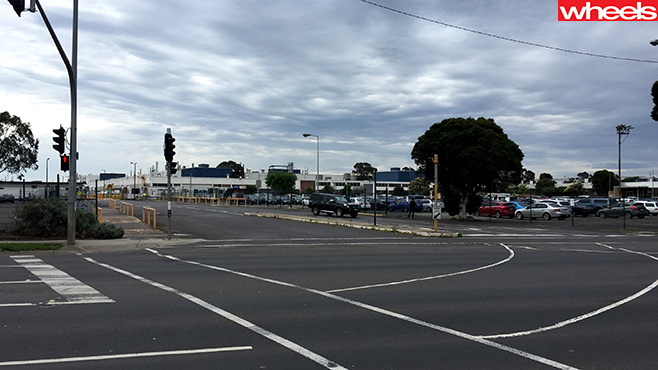 9:51AM: Ford says it expects to release official photos of the last Falcon and Territory coming off the line around noon.

9:45AM: A trickle of workers are already coming out of the factory to the employees' car park. A shout of "goodbye" and that's it, they start up their cars and leave.

9:42AM: Ford says it is "privately honouring manufacturing employees' decades of contributions as the final Falcon rolls off the Broadmeadows Assembly Plant line." It says 600 workers will leave Ford, 160 will be re-employed somewhere else inside the business.

9:39AM: "Today is an emotional day for all of us at Ford. We are saying goodbye to some of our proud and committed manufacturing employees and marking an end to 91 years of manufacturing in Australia," Ford Australia president Graeme Whickman says.

9:38AM: Ford has just issued an emotion-charged statement; its only communication with the outside world so far today. 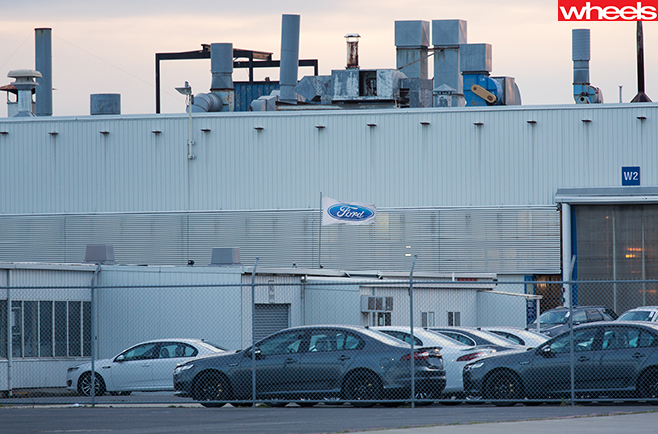 9:30AM: As of about 9:30am, Ford Australia is officially no longer an Australian manufacturer.

9:00AM: We're now about half an hour away from when the last Falcon is due off the line. All is very quiet outside the factory. 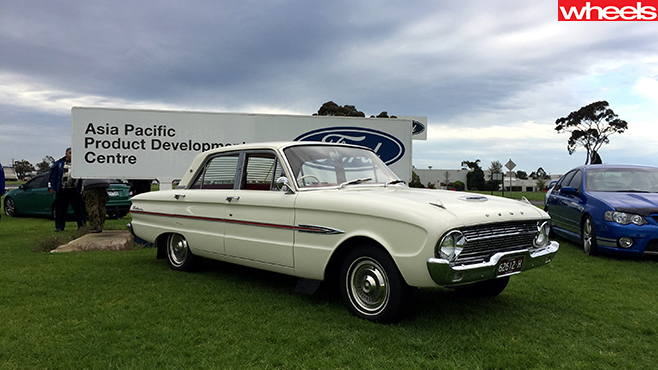 8:43AM: Nathan's 1963 XL Futura has been in his family its entire life. Was his grandfather's, then his father's and now his. He's here today "out of respect".

8:17AM: George has been with Ford for seven years in maintenance. He feels OK about today. His mate says today "is all a bit of a show" as the last cars have already been built.

7:56AM: Workers will be about an hour into their final shift. The last cars are still expected to come off the line at 9:30am. 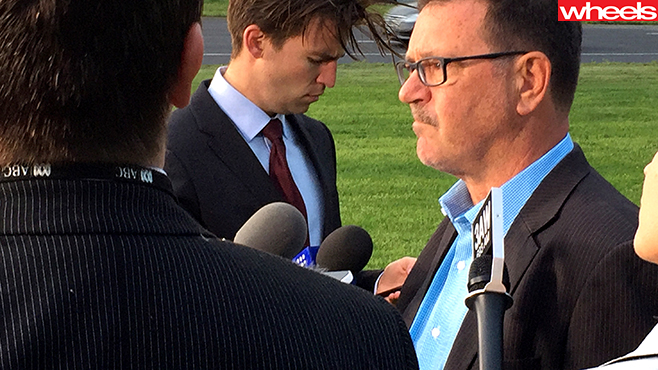 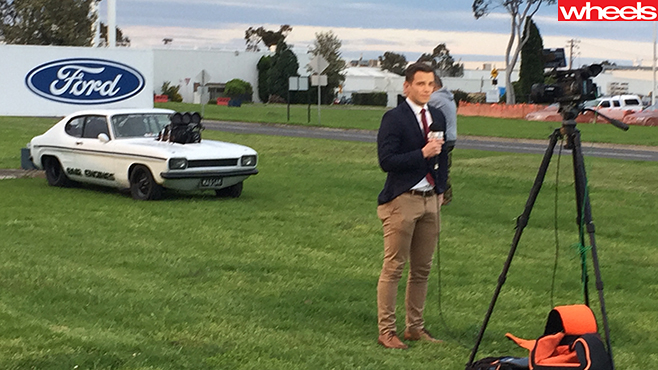 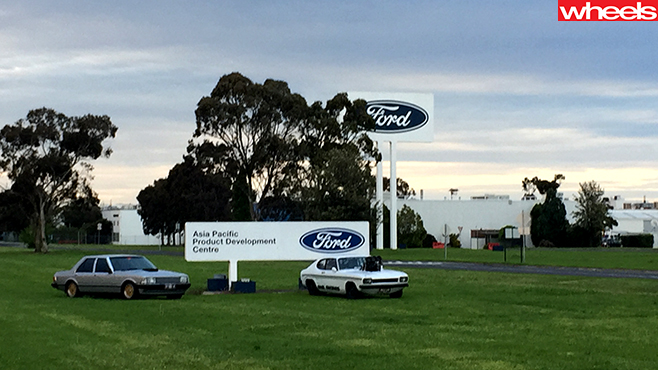 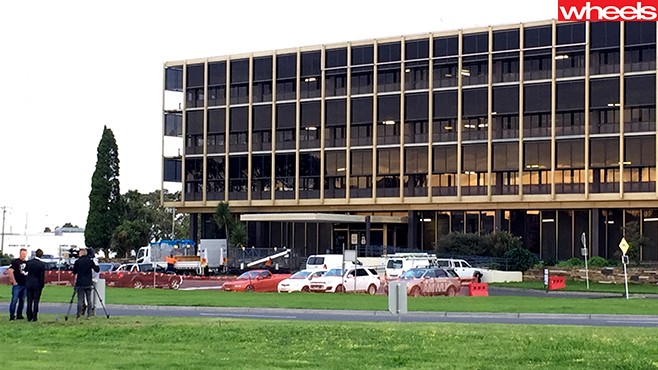 7:31AM: Fans are supposed to be coming from as far away as WA, the NT and Tasmania. They're parking out the front of a building affectionately called The Toaster. It was the former headquarters; its now the Asia Pacific Product Development Centre offices.

7:25AM: "We shouldn't be here today," says one Ford fan who has turned up outside the Broadmeadows head office. "It's the government's fault." 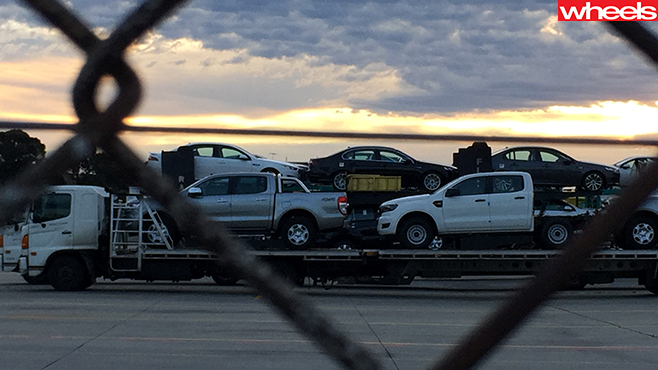 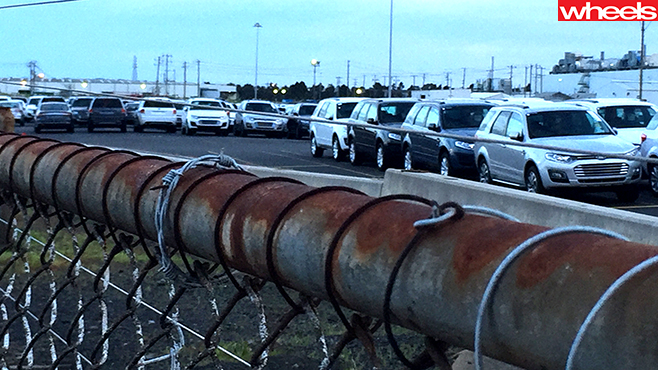 6:52AM: Workers say the Broadmeadows assembly line building will be gutted and eventually demolished to make way for housing. Ford expects the Territory will still be selling well into next year. 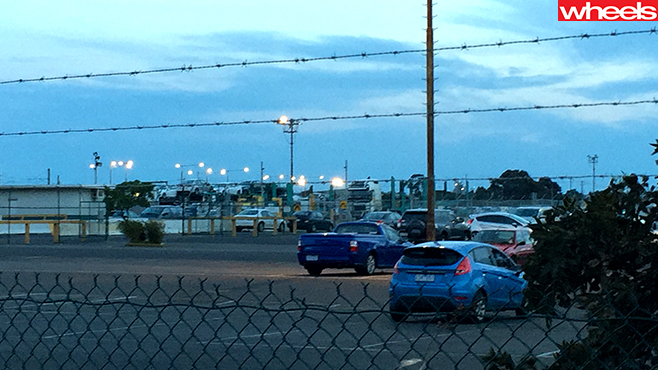 6:39AM:The assembly line workers' car park is slowly filling. There's Falcons, Territorys, Mondeo, Focus ... and a scattering of imported cars. Falcons wait on a truck at the back of the Broadmeadows factory. These will likely be some of the last made.

6:36AM: When asked what they would do after the last car is off the line, one says: "Don't know. Just go home, I guess." Another says he expects tears from workers once the last Falcon is off the line. "It's a pretty emotional day for us."

6:35AM: Workers meeting outside the factory for coffee together have confirmed the last two cars will be a white Ford Territory followed by a blue Ford Falcon XR6. 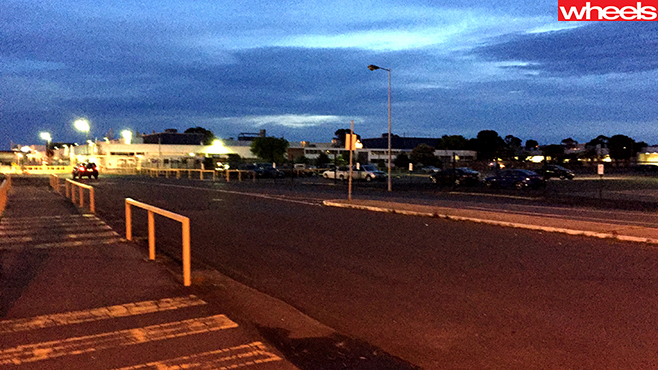 6:20AM: Workers are starting to trickle in to the factory to start their last shift. The security guard is greeting them with the words: "Last day, brother."

6:03AM: The Falcon has been built at Broadmeadows since production of the XK started in June 1960. Today, more than 56 years later, it’s all over.

6:02AM: We’re expecting the last Ford Territory, a Winter White TS featuring the Barra 4.0-litre in-line six-cylinder engine – the only SUV to ever win Wheels Car of the Year – to roll off the line shortly before 9.30am this morning. Soon after we expect a Kinetic Blue XR6 – the most Aussie Falcon there is, to follow it off the line as the last Ford made here.

6.00AM: Wheels is outside Ford’s assembly line at Broadmeadows today as we wait for the last Falcon to roll off the line sometime this morning. Like the last ute’s send-off here a few weeks before, and the Geelong casting plant’s final engines, Ford wants this to be a private affair for its workers. We’ll be on the outside, looking in.