lt will probably be called the Shaker and it will be knockout pose-gear. lt will cost big brass, but the rest of the range will see only marginal increases ... Special scoop report by ROB LUCK.

THE big news in the 1971 Falcon range is new engines — not new bodies. 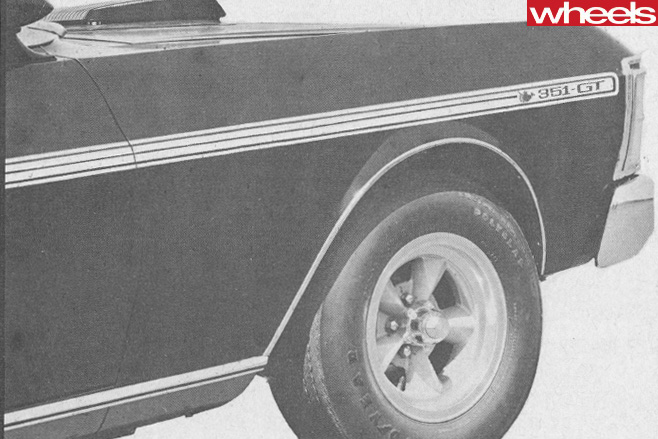 Faced with a complete model change for 1972, Ford has presented a mildly restyled range for this year's interim model.

Tail-lamp treatment has been revised from a three-sector to two sector wrap-around assembly with centre chrome strip. On Fairmonts, this strip extends the full width of the rear panel on both sedans and wagons.

Undergear is little-changed, but includes minor revisions to brakes, spring and damper rates and gear ratios.

Trim change is detail only – and chiefly in upholstery.

The engine range has been extended to the new ZC Fairlane line which will be seen in this body shape (detail re-styling) for the last time this year.

Ford now has the biggest-capacity base-line engines of the Big Three manufacturers, although GM is already engaged in a race to catch up. Ford's new engines are achieved by stroking the engines replaced in the XW range. 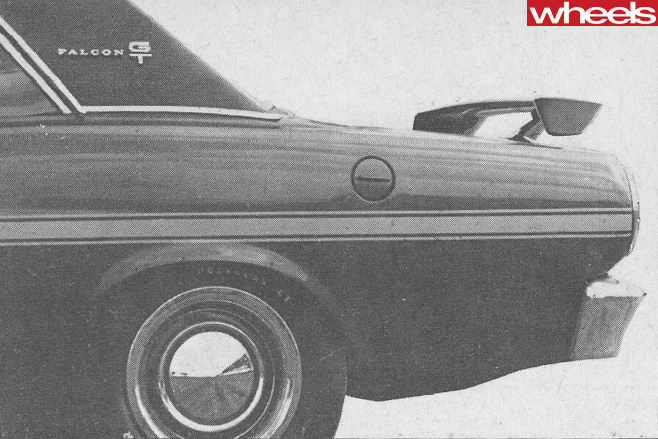 These engines will be applied to the next Holden and Torana ranges, which will also see the Brougham replaced by a new Statesman.

Ford will stick with its current "litre" designations for the engine badgework. The 3.1 litre now becomes the 3.3 litre and the 3.6 litre gets bumped to 4.1 litre.

The new Falcon GT special is so far unnamed, but could borrow its performance pack name -- Shaker. It uses the same 351 Cleveland engine that has been fitted since the end of the Ford Falcon XT model run, and it will not be modified. This is not a HO-type GT, but a boulevarde special, featuring the Shaker engine scoop pack, standard US-magnesium type alloy wheels, new body striping, bonnet locking pins and engine badgework. The interior is stock Fairmont and a sunroof will be optional – the price is around $4800.

Although the new GT uses many of the Bill Bourke special bits, it avoids the controversial spoiler. This is not even available from options lists. The engine scoop is for real, protruding some 31/2 in. high out of the bonnet, it links up to the carburettor intake for a ram-air induction effect. 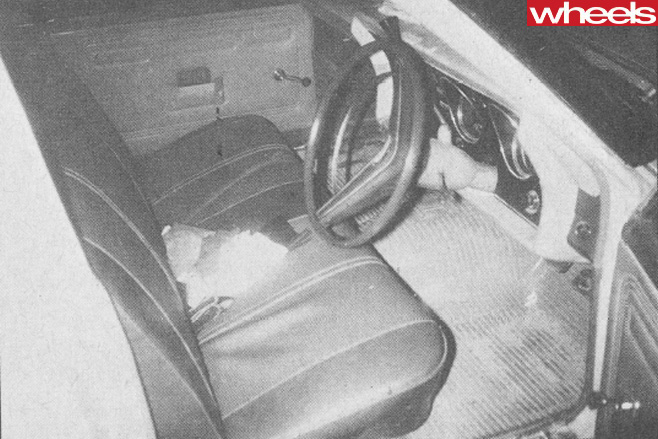 Why only a detail facelift for the range?

Ford is caught in the wedge of a giant model-change program and 1970 has to be the year of the mark time. The Falcon has been discontinued in the United States, and although model lead-time suggests the car couldn't be replaced for another couple of years, Ford Australia, of course, knew of the impending demise of its American father-car and has been planning the all-new local Ford for nearly three years. Using many proven components from the current series, the al!-Australian designed Falcon will go on the market this time next year.

At the same time, we may see drastic changes in the Fairlane. Last year (1969) was the last year of the current Australian shape on the US market (we're one year behind) and the current 1970 and 1971 Fairlanes are based on the Ford Torino. These are basically coupes in two and four door versions, and could well represent Ford's coupe attack on the Australian market (there may never be a Falcon-sized coupe).

Ford is also experimenting with the Maverick, an illogical choice for local coupe production since cost of production for relatively limited volume production could not be spread over a basic sedan range.

However, Fomoco could have something special up its sleeve. 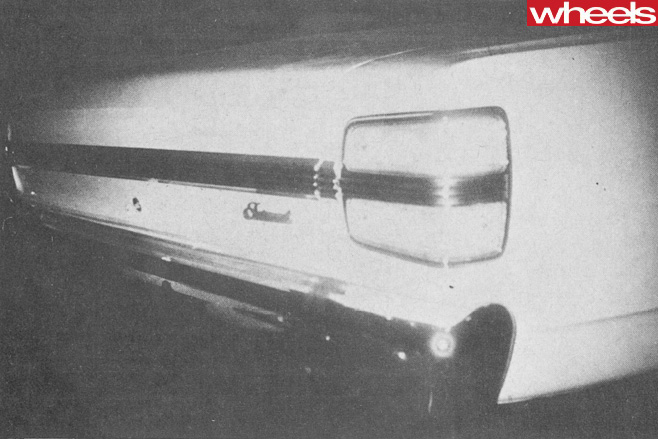 The other big performance news concerns the Ford Falcon GTHO. This year, reports of a turbocharged car proved inaccurate for Bathurst, and Ford fell back on a well-modified basic HO sedan; which won Sandown as a first-up effort, despite troubles with some of its cars. But the turbocharged cars were under joint product engineering evaluation with a fuel-injected Cleveland mill for Series Production racing in late 1970 and 1971.

The turbocharged idea was dropped in favor of a completely reliable injection system developed entirely by Ford Australia through its Special Vehicles Department under the direction of AI Turner.

The cars are ready for racing, and will probably have seen their first meeting by the time you read this.

They are also scheduled for a progressive development program which includes the lightweight panelling we suggested in an earlier article. At a cost estimated at $60,000 Ford has already commissioned fibreglass panelling for its HOs and placed an order for a little over 200 sets -- just enough to get homologated for Series Production racing.

The panelling envisaged is front guards, doors, bonnet and decklid.

For its 1970-71 range, Ford may be just running on the spot, but next year you can bet it'll be in full flight.