YOU probably know Rauno Aaltonen as the Finn who won Bathurst in 1966 at the wheel of a Mini Cooper S.

Perhaps you also know of his win at the Monte Carlo Rally or his string of six second places in the Safari Rally. Or possibly as a pioneer of left-foot braking. Or as a child powerboat racing prodigy. Or as the man who brought science to the study of vehicle dynamics. Suffice to say, the guy’s got quite a resume.

“‘Rauno, in Australia primarily as a guest of honour at the Southern Cross Rally Festival, joined Wheels for breakfast at the MINI Motorclassica." We had to ask him about Bathurst – how could a Mini win the Great Race? “The key factor was the tyres. We put the hardest tyres we could find on the car. The roadholding was not the best and the steering was a little vague, but it meant that we could stay out so much longer than the rest,” Aaltonen explains. “Along Conrod Straight it was like a train at times. You would have one Mini slipstreaming another and the following car was reluctant to lift off the throttle so you just had bump-bump-bump as they tapped each other! We recorded the highest engine temperatures there because the car was flat out with little cooling.” 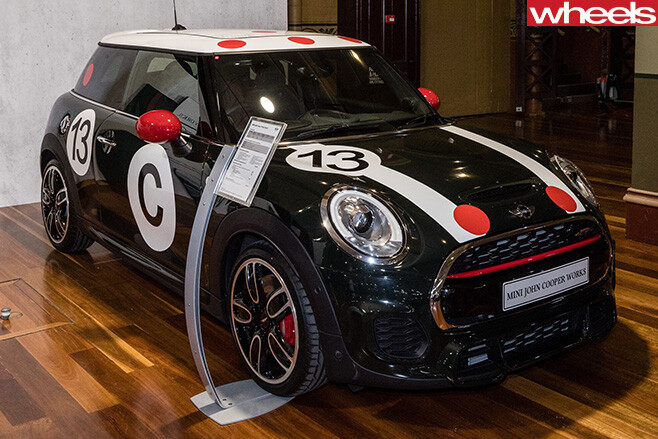 Minis filled the first nine places at Bathurst that year, prompting a rule change the following year for mandatory fuel stops, handing the advantage to larger and more powerful cars and setting the scene for a rousing Ford versus Holden rivalry.

Aaltonen speaks with some authority on maximising the advantages of the Mini’s layout in international rallying. “It turns in very swiftly, reaching optimum slip angle before a big rear wheel drive car. Very polar moment of inertia. For example, we discovered that just by removing the metal lighting bar from the front of the car, this would give us 1.5 seconds per kilometre. We’d take it off during daylight stages and attach it for the evening ones.” Marginal gains like these were key.

“Yes,” Aaltonen chuckles. “People were always asking me how a 100hp Mini could compete with a nearly 200hp Porsche. Ten-inch wheels against fifteen-inch in soft snow. This is not something many people can understand. Theoretically impossible to beat the Porsche in a Mini but we did it frequently,” he says. “In rallying you have three factors; a good base car, a good preparation in the team and good drivers and all of these cost money. In Rally Monte Carlo you need to train about 30 days, you need more than one factory car because they break; we’re a long way from the factory. It’s all money.

“Then you need a team that understands rallying. A normal engineer, designer, mechanic – they’re totally useless for rallying. You can’t take a racing team – they don’t understand rallying. Likewise a rally team don’t understand racing. And BMC had a genius, the boss Stuart Turner, and he was a journalist who had no mechanical aptitude, that was just detail. His job was to manage the people, motivate them to make the best possible car. For instance, he had a system where one man built the whole car, the engine and everything apart from electrics. The preparation was unique. No manufacturer in the world had that level of preparation. “The next thing was that Stuart Turner gave us drivers no limit on expenditure. We could train as long as wanted but we had to win.  There were faster cars. There were Porsche, Renault Alpine and Lotus Cortina – all faster cars than Mini. They didn’t win. They were either not knowing what to do or there was a shortage of money. One of the two.”

Aaltonen’s win at the ’67 Monte Carlo Rally was greatly aided by a huge slice of luck. Trailing Vic Elford’s Porsche by more than two minutes after being caught in a freak snow squall, Aaltonen drove the wheels off his Mini on the Col de Turini before he ran out of physics, sliding on smooth, glassy ice.

“It was quick decision. There on the steep, high speed downhill, everything is white and you feel as if you’re going out [terminally understeering]. I had a tenth of a decision to decide. Shall I purposely crash into a concrete block which would stop us 100 per cent safely but that’s the end of the rally, but if you fly off the edge, maybe there’s a chance. So I made the choice to fly off and hope,” he says. Aaltonen landed in deep snow on a steep slope, bounced down the hill and rejoined the stage on the next switchback. 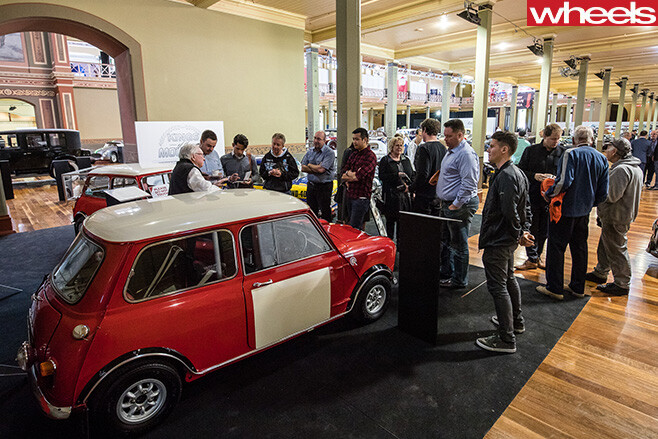 "We won by five seconds. It was a huge shortcut. That was not skill, that was good luck!" he says with a chuckle. "And Vic [Elford] had made some mistakes, so second place was a Renault Alpine driven by Ove Anderson. I told my co-driver to shut up his mouth and don't tell anything. And so, for 20 years I never told anybody. It's no good to tell because it would just stir things up, you see."

We see. Did he ever go back to find where he soared out into the white?  “I’ve been there after that many times. I drove ’68 in the same rally but I couldn’t find the exact spot because the railings were there and in ’67 they weren’t there. I know within an accuracy of 100m where it is, but not exactly which gap.”

Does it annoy him that he finished second for six occasions in the Safari Rally? “No. What annoys me is that one year we were the winners for two days and they changed the regulations so they stole our victory.  They were, in my opinion, dishonest. In Safari, people place bets on the winner and the people in the organising committee had placed bets on Shekhar Mehta and he was second so they would have lost their money. This upsets me – people being dishonest, not the loss of the position.

“I’ve done 23 Safaris and I’ve been stoned 82 times,” admits Rauno. That sounds like quite the party they have there out there in Tanzania. “The Africans kept throwing rocks at us. Not because they hated us but because it’s a game for the kids to see if they could hit a moving object. There are so many animals we have touched lightly,” he says, skipping over the anecdote co-driver Lofty Drew had told earlier that involved writing off a giraffe.

Dubbed ‘The Rally Professor’ by his peers, Aaltonen has an instinctive understanding of going quickly, which started with racing hydroplane boats in Finland when he was 12 or 13. “When a man controls something, it’s an emotional job. It’s your feelings combined with your thinking, with priority on the thinking. You have to think of the theory of moving dynamics, the forces and how they affect that equipment, motorcycle, boat, sailing yacht. And cars.”

And which of the more recent crop of drivers does he most admire? “Loeb. That’s easy. And Ogier,” he says.

Aaltonen might be 78 years old, but he’s still pretty handy behind the wheel. He’s driving in the Southern Cross Anniversary Rally this year, the finish in Coffs Harbour on November 19 coinciding with the running of Rally Australia, the final round of the 2016 FIA World Rally Championship. Some competitors have been invited to drive some of the Rally Australia special stages ahead of the WRC cars and Aaltonen’s being reunited with a Cooper S. No matter how nostalgic he gets, just don’t pelt it with rocks.