NOSTALGIA often dictates that comparisons between the fabled Peter Brock and Jamie Whincup are off-limits.

However, facts care not for misty-eyed memories, and the truth of the matter is Jamie Whincup is the most accomplished Australian Touring Car driver in history, period.

We caught up with the man himself ahead of his second crack at the Bathurst 12 Hour, where he backed up a victory on debut with a second-place finish. Here’s what he had to say about winning his record seventh championship, and what went on inside the car during that final race of the year.

“The 2017 championship was a tough one,” he starts. “We’ve had some big grinds over the years but last year was something else.

“For us, to grind out those last three months in particular, to give ourselves an opportunity and then to get it on the last lap on the last day was something else. 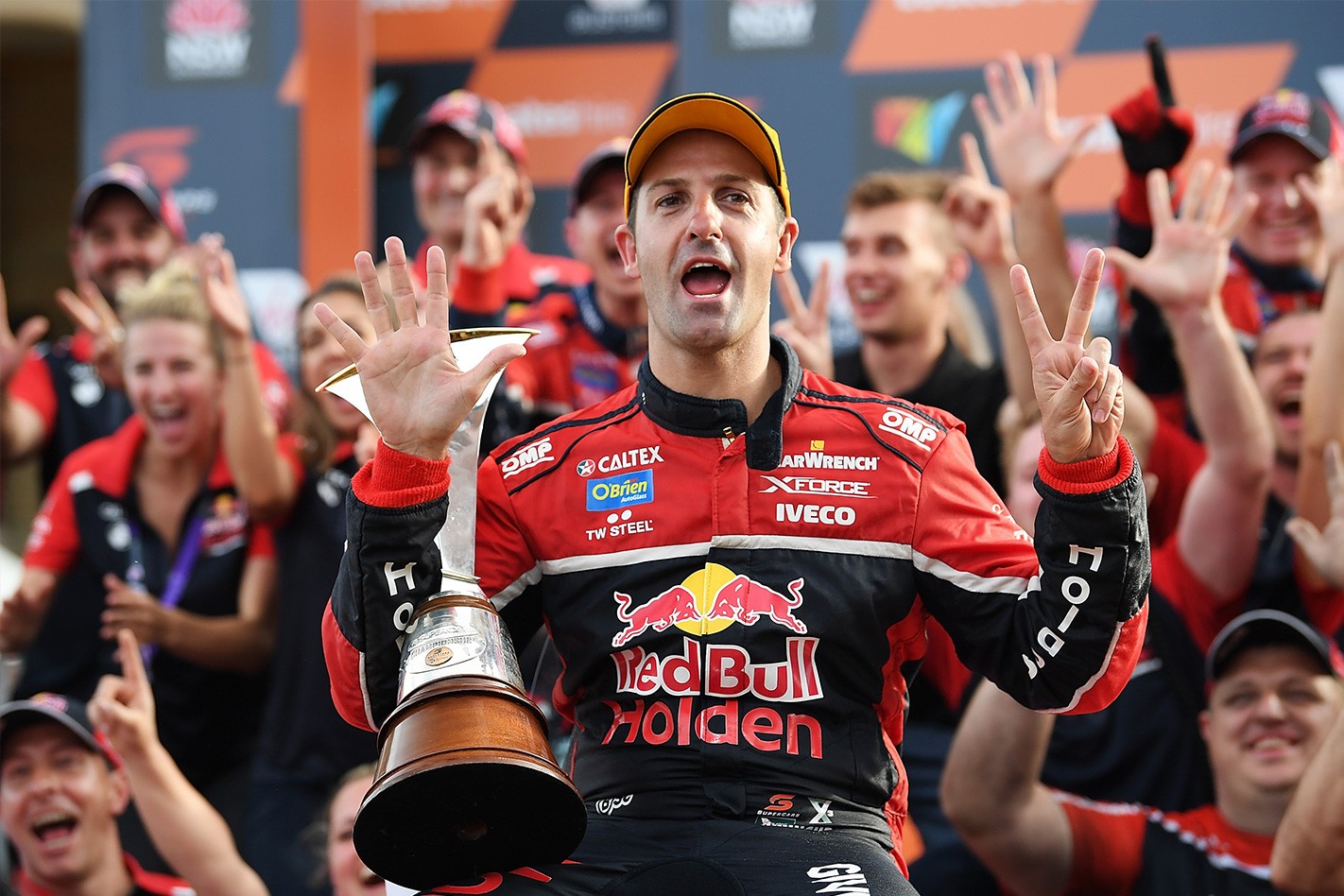 “It was a fantastic day for me and my team, but it was also a great day for the sport.

“Inside the car during that last race, I knew that I just had my job to do and was focussed on doing that. I had to cross that line first, at all costs – and I did that. But then it was a matter of what was going on behind me.

“The team didn’t really know what was happening either, because of the penalty and incident with Craig Lowndes. I was on the radio, saying ‘What is going on?! Give me an update! I don’t know what is happening!’ “The next thing I knew the radio opened and all I heard was screaming, and I knew that was a good thing.

“But I wanted confirmation of what was going on, then finally the message came through – ‘Mate, we’ve done it, we’ve done it’. It was an absolutely unbelievable feeling, and that is what this is all about.

“It was a huge relief in that moment. It had been a long year so we were certainly worn out and hoping for good things. “The feeling of victory in that moment was huge.”

Whincup will be behind the wheel of a new Holden Commodore this year, with ZB looks and a 5.0-litre V8 heart.

The first round of the Supercars’ championship will be at the Adelaide Street Circuit on March 1-4.