The Kia Stinger was pitched as the ideal replacement for those Aussie enthusiasts lamenting the demise of our local homegrown performance sedans.

The twin-turbo V6 Korean five-door hasn't sold in massive numbers, but hasn't really fired the imagination of traditional Aussie muscle car buyers in the way Kia might have hoped.

To truly do that it needs a V8 slung into its engine bay. That’s because while the boosted 3.3-litre bent-six provides the quarter-mile goods (we’ve achieved sub-five seconds to 100km/h and thirteen-dead to 400m), it sorely lacks aural appeal.

If the last few SEMA shows in the US is anything to go by, Kia knows there’s a bit of mongrel to extract. And while beefed-up body kits, loud hues, intake/exhaust changes as well as bigger wheels, stiffer springs and thicker anti-roll bars are nice, it’s not adding cylinders.

Off the shelf
This isn’t just a pipe dream, for Kia has a suitable engine in the form of the 313kW/520Nm 5.0-litre naturally-aspirated 'Tau' V8 found in the K900. Even better, Stinger boss Albert Biermann has confirmed the engine fits, though there is currently no plan to offer it. 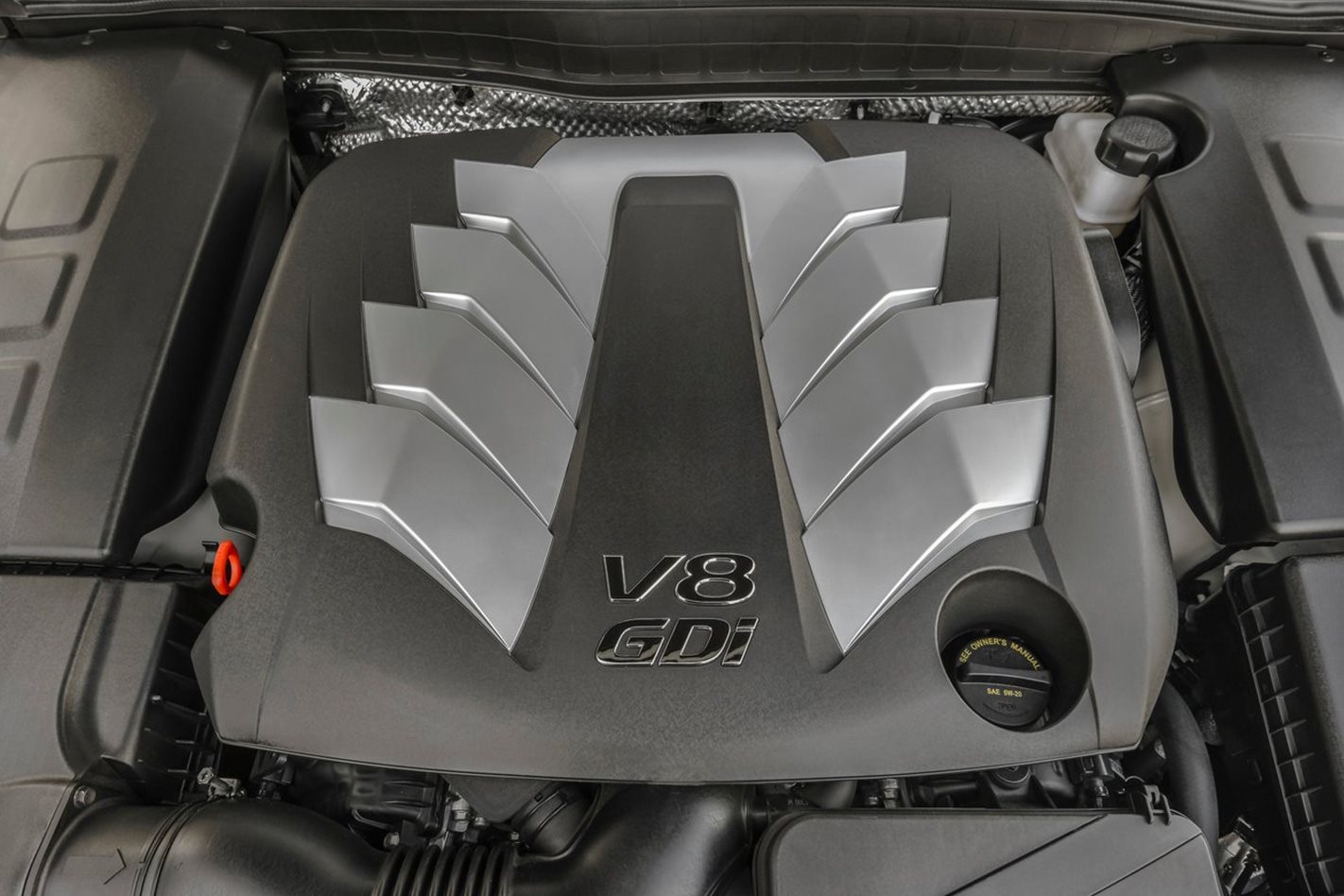 Choices, choices
Trouble is, such an engine would likely be slower than the current twin-turbo six, which is why Kia might need to drum up an engine concept revealed at the 2008 SEMA show. Though smaller at 4.6 litres, a supercharger within the vee forced in 11psi of boost to develop a healthy 340kW, which should shave that 0-100km/h time down to around 4.5sec and do wonders for the Stinger’s soundtrack.

Take control
One of our main bugbears with the Stinger is its eight-speed auto. Not so much the gearbox itself, more the lack of a true manual mode, which seems a strange oversight for an enthusiast-focused model. Add full control and throttle blipping on downshifts and we’ll be happy.

Stiffen up
The Stinger’s current chassis tune is acceptable for its intended role, but a V8S would require much more suspension control – a Track mode for the adaptive dampers would be a good start – stickier rubber and far, far better brakes.

Great success
The Stinger GT was originally pitched as a VF Commodore SS replacement, which would put the V8 into the tier above. Call it $75,000 - roughly similar to the base four-cylinder versions of the European premium brands - and watch them fly out of dealers.