Sometimes a man finds himself standing at a turning point in history.

Sometimes that man grasps the enormity of his situation and, drawing on a strength not entirely his own, steps forth to do what must be done.

Other times, a man stands at a turning point in history and, being thick as mince, has no idea where he is.

I’ve just learned that, 30 years ago, I was completely oblivious to my part in the downfall of Rudi Eggenberger’s Ford Texaco Racing team at the 1987 Bathurst 1000, the controversy that handed Peter Brock his ninth and final win on The Mountain. 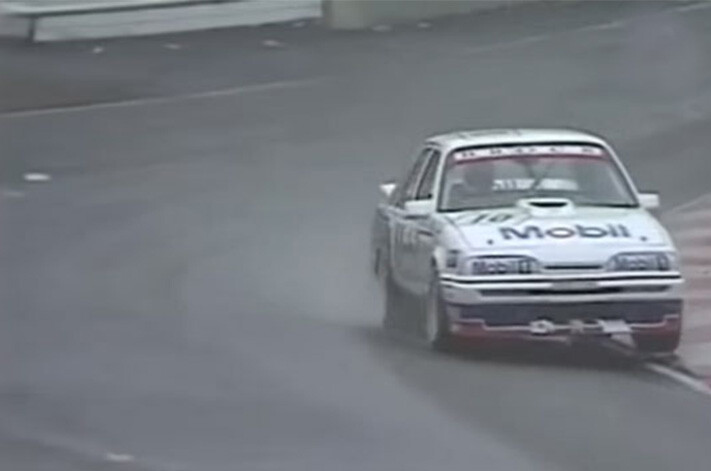 So, a couple of months ago I was queuing at a car club concours when a big, boofy bloke wheeled around and said: “You don’t remember me, do you?”

But when he introduced himself as Greg Read, I immediately remembered. We’d first met in the mid-1980s, when I did a story on his Rover SD1 with a Chev 350 V8.

Greg was and is an engineer with a successful air-conditioning business. He’s also a motor racing nut, and after that initial meeting, I’d sometimes see him at races, where he served as a scrutineer and pit-lane marshal.

And so we were both at Bathurst in 1987. That year’s race was a round of the World Touring Car Championship, an FIA series that collapsed after only one year. With Australia’s tin-tops running to international Group A, it was a golden chance to measure our local stars and cars – Dick Johnson’s Ford Sierras, Frank Gardner’s BMW E30 M3s – against the top European teams.

Of course, there was also Brock and a number of VL ‘plastic pig’ and older VK Commodores, here hopelessly confronted by technology from the 20th century.

The fastest Commodore (Allan Grice) qualified in seventh – more than six and a half seconds off the electrifying 2m16.96s pole lap of Klaus Ludwig’s Texaco Sierra.

I was running around the pits, writing for a glossy yearbook. Everywhere in the paddock was the odour of rodent. The feeling – and the fact – was that the Europeans had been pick-pocketing and parity-cheating on the continent all year; then they lobbed in Australia, where our Sierras and BMWs had only the Group A rule book to guide them.

As I remember it, one of the visiting BMW team’s cars was found to have a “mysterious liquid” sloshing about the footwells. The official story was that it must have been trapped during the body’s acid-dipping process.

What everybody believed was that this team was storing octane-boosting toluene in the roll cage.

This would not be the undoing of the 1-2 finishing Eggenberger team, which was excluded from the results several months after the race and the victory handed to Peter Brock.

What got them was illegally enlarged front wheel arches that enabled them to run bigger front wheels and tyres. According to Read, that’s where I came in. Read was shepherding the cars one-by-one into a marshalling or scrutineering area. As one car moved forward, he’d lean on the next one. He was standing there, engrossed in conversation, leaning on, say, Johnson’s Sierra. Then came, say, Andrew Miedecke’s Sierra. Then one of the Eggenberger Sierras rolled under his elbow. And he nearly stumbled. The roof was a good palm-width lower.

He broke off his conversation and turned to one of the senior scrutineers and started explaining what was happening. As the authority figure remained unmoved, Read’s frustration grew. Until he finally growled: “Look, if you don’t do something about this, I’m going to spill the whole story to my mate, who’s been standing there the whole time – and he’s a very influential journalist!”